Play Me, I’m Yours | Street Pianos Arrives In Melbourne

Random and completely useless fact #4251 – it's impossible to walk past a piano without attempting to play, or in my case pretending I'm Elton John banging out Crocodile Rock at lightning speed. Seriously, it's true! British artist Luke Jerram has also clued on to this, and it's random fact #4251 that was the seed for his latest artwork 'Play Me, I'm Yours'.

The quirky performance piece came about after Luke observed the lack of interaction between the regulars at his local coin laundry. Week in, week out, the same people attended, yet no-one seemed to stop and talk. It made Luke think that if this happened in his local laundrette, then surely the same problem had to exist in the wider community. His oddball, yet totally genius, solution? To place pianos around Birmingham, enticing total strangers to sit down, play a few keys, and interact with each other.

And so, Street Pianos was born. 15 of the rather large, not to mention hard to avoid, instruments were left in a variety of public spaces – think parks, shopping precincts, train stations, and bus terminals – with a note saying 'Play Me, I'm Yours'. Random fact #4251 was proven to be true time and time again, as over 140,000 gathered over three weeks to play and listen to music being played. Just think – 140,000 people who might not have ever met, hung out, laughed, chatted, and gotten to know each other. 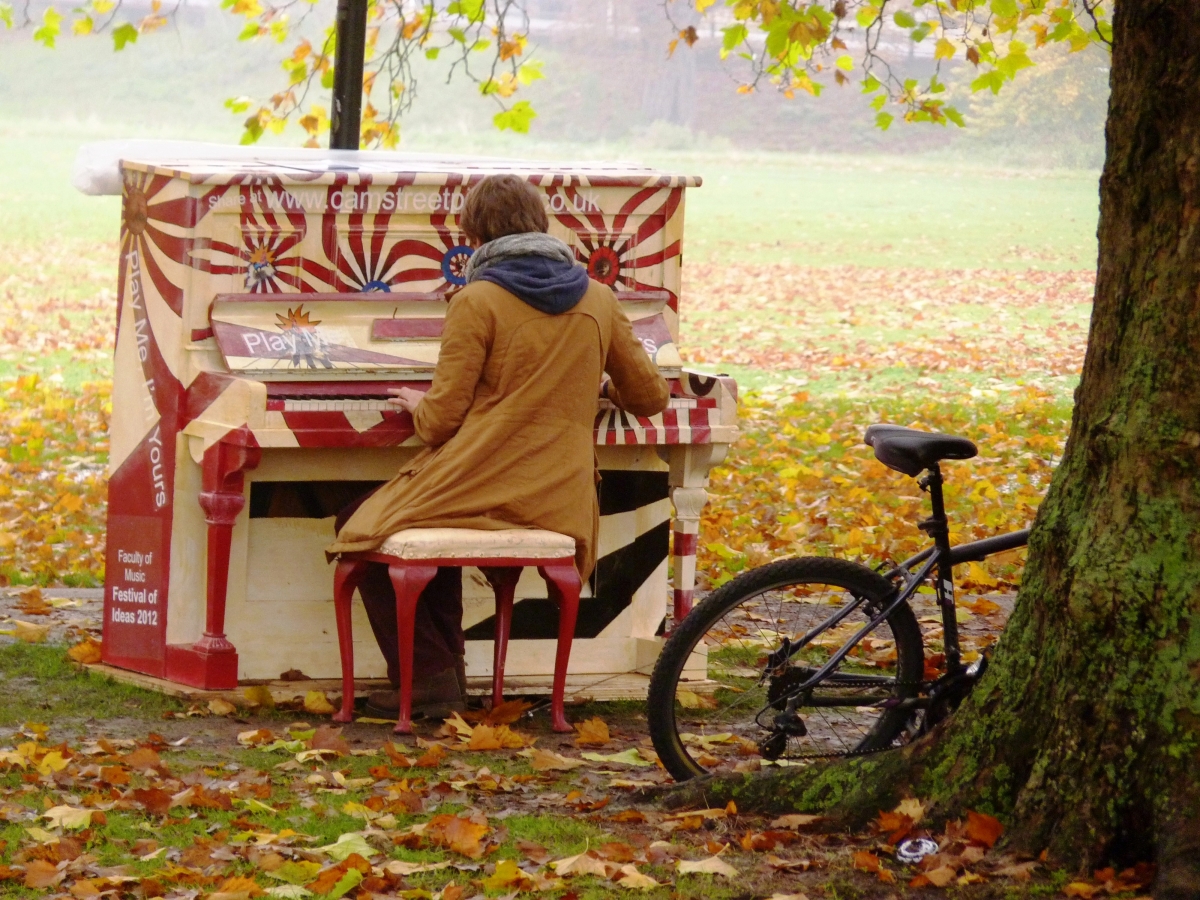 Since the launch in 2008, Street Pianos and 'Play Me, I'm Yours' has grown to be a global phenomenon with stints across North America, Europe, and Asia. Over 1,000 second-hand pianos have been donated with more than THREE MILLION PEOPLE engaging with the piece. Now it's our turn with 'Play Me, I'm Yours' launching in Melbourne tonight.

Presented by Arts Centre Melbourne, 'Play Me, I'm Yours' will see 24 pianos, many decorated by local artists, dotted around the world's most liveable city. It all kicks off on the Arts Centre main lawn at 6pm, with further pianos being installed around the Arts Precinct directly after. The following day will see the CBD and outer metro areas become home to all remaining instruments.

So, what are you waiting for? Check out the locations here and then go play to your heart's content.