13 Bucket List Desserts You Must Try At Least Once

Breaking news, you guys… there’s actually real proof that the “dessert stomach” is more than just a myth—it’s a real thing!

Rumour has it that the sugar in sweet treats stimulates a reflex that expands and relaxes your stomach, helping you to feel less full. Or something…

We’re not down with all these technical terms, but we think we’re picking up what they’re putting down. It surely means that we should eat dessert after, like, every meal… right? Right!

So don’t waste ANY more time—here are 13 of the best desserts on the Sunshine Coast right now. Aaaaaand GO! 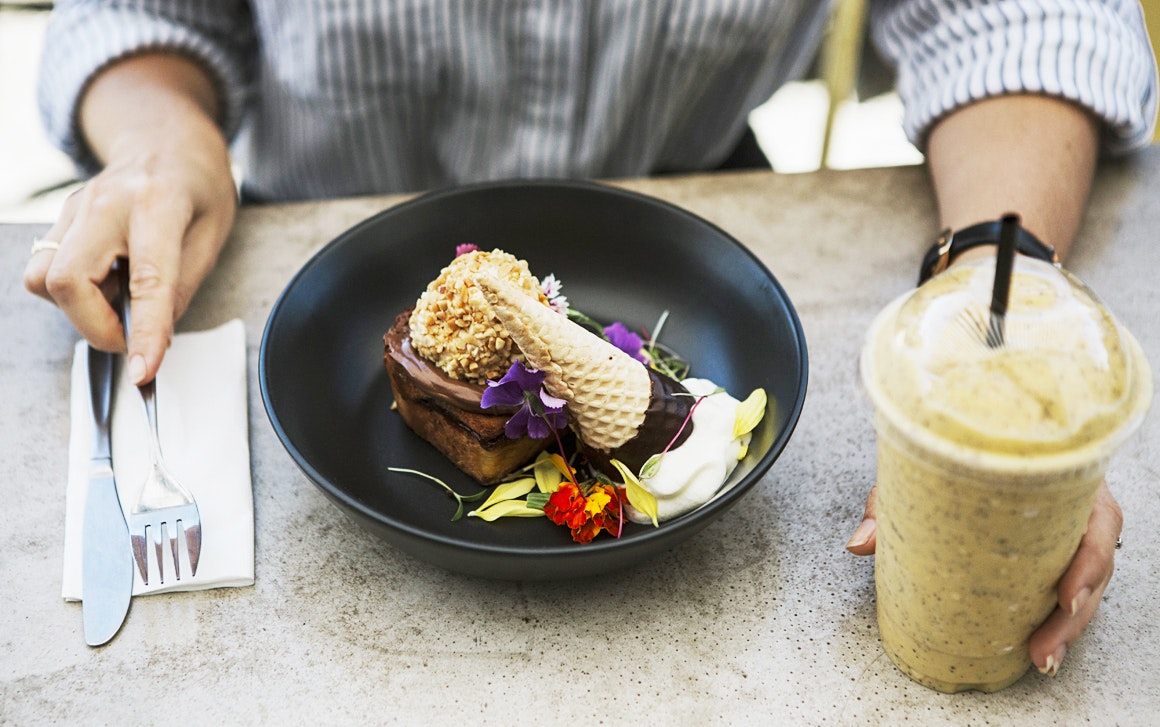 Pretty much a meal in themselves, the loaded shakes from The Nines are a scrumptious force to be reckoned with. Drizzled with syrup, stacked with Donut Boyz doughnuts, and topped with whipped cream, it’s not hard to believe these maxed-out milkshakes often sell out.

Um, so this one blew our minds… and to be honest, it still does. We cannot get enough of the Nutella Brioche Toast from Decisions… in fact, we loved it so damn much that we wrote a whole article about it. This sugary Nutella-y brioche-y concoction is the kinda thang that has to be seen to be believed. Let’s just say they don’t skimp on the spreads.

If you MUST drag yourself out of bed during the week (because work!), shuffle in to Designer Desserts, pick up some pastries and a coffee! They’ve hit the nail on the head with their almond croissants—the perfect ratio of almond paste to pastry.

If you haven’t been to Betty’s for a burger and concrete, we’re not sure if we can be friends. For those of you who don’t know (shaaaaame), concrete is frozen custard ice-cream, and its super-dense yet creamy consistency makes it a perfect host for your fave mix-ins. Bounce your butts up to Betty’s Burgers for an education quick-smart! Our faves? The peanut butter brittle and lemon raspberry cheesecake, hands down.

Peregian Beach has been totally poppin’ of late, but Le Bon Delice has been giving patisseries in the streets of Paris a run for their money for yonks! While we can’t say exactly what it’s like to float on a cloud, we’re pretty sure that biting into one of their famous chocolate eclairs evokes the same sensation.

We love it when delicious things are combined to create even more deliciousness! Sunshine Sunshine Espresso in Currimundi has been fuelling the #foodporn Insta feed for nearly three years… they’re the gift that keeps on giving! With flavours like lemon curd and salted caramel, these babies fly out the door, so save yourself the heartache and get in early or call ahead.

Anyone who’s anyone knows that Colin James’ gelato was, and still is, the shiz. Now going by the name of Maleny Food Co., it’s clear from the crew’s 15+ years in the ‘hood (and their truckload of awards) that they know what they’re doing when it comes to gelato. With a mixture of fan faves and quirky combos on offer, and all hand-made, they’ll also create bespoke gelato flavours for your next event. So get party planning!

If you have to pick one dessert night, make Friday night THE night! The team at Donut Kitchen hang at the Marcoola Markets every Friday selling their delicious doughy creations. With Nutella, chocolate, jam, custard, and heaps more fillings to choose from, we recommend getting one of each to avoid FOMO. If doughnuts of the filled kind aren’t your flavour, don’t despair… their iced doughnuts are pillows of deliciousness.

Whoever said dessert couldn’t be healthyish was seriously disturbed. Satisfying vegan sweet tooths from far and wide, the Tower of Heaven from Elixiba is a display of plant-based perfection. With paleo chocolate chia cake, raw caramel mousse, raw banana ice cream, and raw chocolate sauce —your body will actually thank you for it.

Get ready to put your fancy pants on! One of the best restaurants in Mooloolaba, if not THE best; Spice Bar’s incredible flavour fusions don’t stop at their mains, oh no, their citrus parfait topped with chocolate, Sichuan, and honeycomb takes the cake! This delish little dome of chocolate and gold indulgence is the perfect dessert to share with bae or your bestie.

Yep, you read correctly! DownTown brings everything to Nambour “burger style”, and dessert is no exception. Feeling a bit nutty? Or a little more Slim Shady? Choose from roasted almond or M&Ms, slapped between a brioche bun, to fill that hole where dessert should always sit.

There’s actually no worse feeling than food envy, so it’s sahhh amazing that the Green Zebra eliminates this possibility altogether with their “dessert tasting plate”. Currently on the menu is chocolate torte, pannacotta, pavlova, and New York cheesecake. All you have to do to devour this bad boy is take a friend with you.

Dessert? With booze? Now THIS is something we can get behind! Corbin’s have a ripper cocktail list, but this one tops it! Made with coconut-infused Sailor Jerry, Frangelico, espresso, and house-made caramel, the Ferrero Rocher Espresso Martini is the perfect party starter, pick-me-up, night-cap, or all of the above.