Once upon a time, it was a mission to hunt down a decent taco on the Sunny Coast. Seriously, the struggle was real.

But we swear, we closed our eyes for only a second, and when we opened them, a whole bunch of places appeared, serving some of the freshest tacos this side of Mexico. Holy guacamole!

Before you keep reading, you should know: we’re suckers for a good pun. But we’re not here to talk about that. We’re here to taco ‘bout where you can find the best tacos on the Sunshine Coast. De nada. (That means “you’re welcome.”) 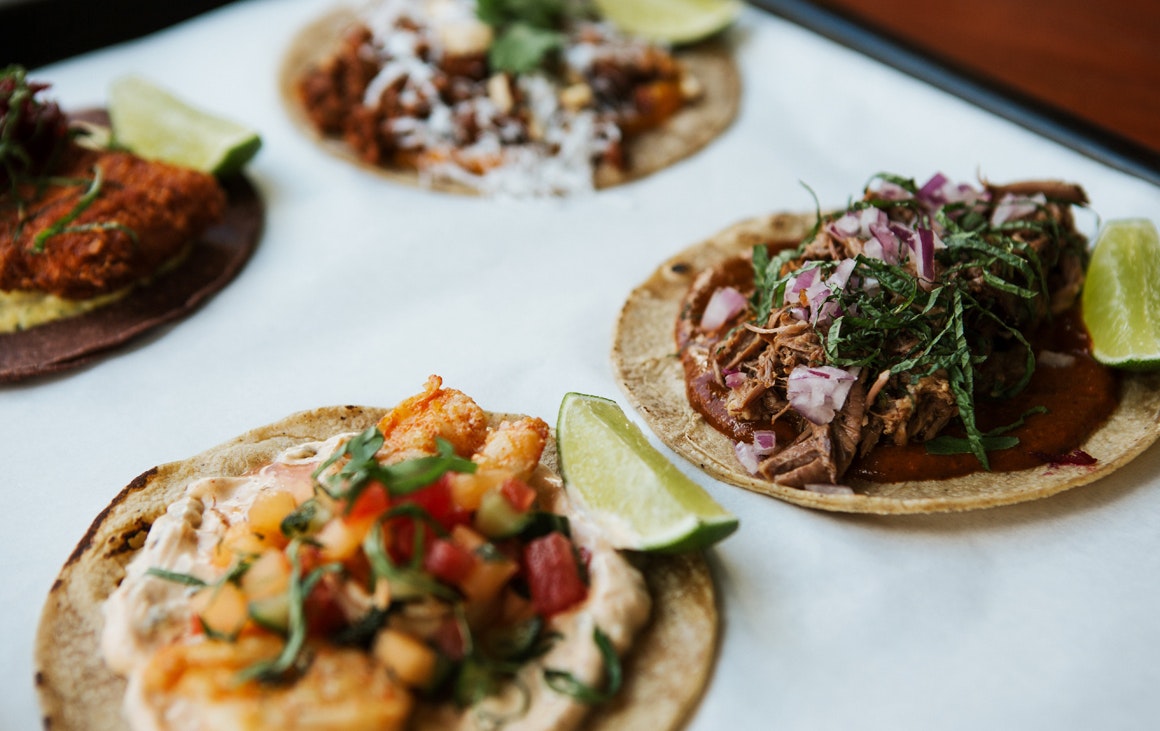 Turn every day into taco Tuesday at Bordertown! This Noosa restaurant and bar’s taco menu rivals any taqueria on the streets of Mexico. Using tortillas made from a 200-year-old, real-deal Mexican recipe, their lamb barbacoa taco with drunken salsa, spanish onion and mint, makes us kinda weak at the knees. And their fried cauliflower option is a sure-fire hit for the vegos among us. Bordertown also do a sa-weeeet happy hour… their taco of the day is just $5, from 3-5pm, seven days a week. Could these be some of the best tacos on the Sunshine Coast? We think yes!

Cholo may be a new name around town, but these guys sure know how to whip up some goooood tacos! Our friendly amigos from the Village Bicycle have just opened this Mexican joint in their old Noosa digs and we are loving it… in fact, we’re kinda obsessed. Protect yourself from food envy and order a mixed basket of three tacos for $15—just make sure ONE of them is the pork.

“Mmm, La Canteena’s tacos are okay,” said no Juan, EVER. The friendly folk at this super cool laneway joint on Ocean Street pump out some of the best tacos on the Sunshine Coast! They’re all delish, but if we had to pick a fave, we give in to the crispy pork belly taco, every time. Don’t forget to quench that taco-eating thirst with a jug of sangria.

Moto’s taco club is the best way to slide into the weekend. Celebrate Fri-yay with a couple of local brews and some beef, pork, fish, or veggie tacos—yep, they do them all! With all of ‘em just $5, lettuce pray that Moto’s taco club stays around for the long haul.

Good Bar keep things interesting with different themes most nights of the week, and Thursday nights are taco nights. At $2 a taco, head out for dinner with a tenner and you might come back with change—winning! But don’t fret if your Thursdays are all booked up—they’ve got beef, chicken, shrimp, and vego tacos on the daily lunch and dinner menu. Mexcellent!

I moustache you a question… have you tried Dios Mio? This cool little street food van regularly pops up at your favourite cafes, like Urban Garden and Vandy’s Garage, making lunch breaks that much better around the Coast. We’ve even come across them at the Hinterland Harvest Markets on Saturdays, pumping out breakfast tacos with egg, chorizo, guacamole, and pickled onions. Drool! Keep an eye on their Facebook page to track them down!

Soz guys, we’re all out of puns… so we’re just gonna skip straight to the point. Thursdays are Mexican days at Drift, and what they’re serving up is damn tasty. Tacos filled to the brim with crispy barramundi or shredded chicken, they go for just $4 a pop, so there’s literally no excuse not to stuff them in ya gob.

More of a pizza junkie? Never fear, our loyal readers have filled us in about the best pizza on the Sunshine Coast.