Let’s be straight. The Sunshine Coast is one big beer loving community. And the latest offering to hit the region, is finally here to quench thirsts far and wide.

After 10 months in the making, we’re excited to announce that Malt Shovel Taphouse has officially opened its doors. We dropped by the brewhouse for a little look-see and we weren’t disappointed.

Off the beaten track a little, you’ll find this mammoth watering hole in Birtinya—conveniently between Caloundra and Mooloolaba for the northern players out there. 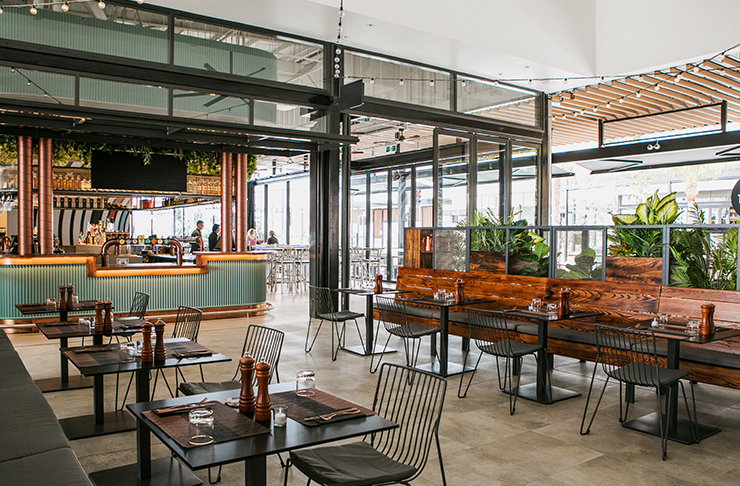 For those who aren’t familiar, Malt Shovel is the craft beer bar for Lion, creators of refreshing brews like Eumundi Brewery, Little Creatures, Byron Bay Brewery, Furphy and James Squire to name a few. And this new space, the second to open in Australia and the first in Queensland, showcases them all.

Bringing Malt Shovel Taphouse to the Sunshine Coast are owners Ian Van der Woude and Michelle Christoe (also behind the epic NightQuarter markets we’ll see later in the year) who teamed up with international architecture firm, Ignite, to create somewhere that reflected our Sunshine-y lifestyle.

The result is a “coastal industrial” fit-out, with tonnes of custom-designed furniture and raw elements offset by lashings of white. The ceiling is exposed and warehouse-like, and at ground level accents of copper, timber and stainless steel give it an inner-city feel.

Seating up to 400 people, this brewhouse is no small thing. Unfolding over three distinct areas, you’ll find a covered beer garden in the middle of two indoor spaces—perfect for those days when you want to down a beer paddle outside, without roasting in the summer sun. 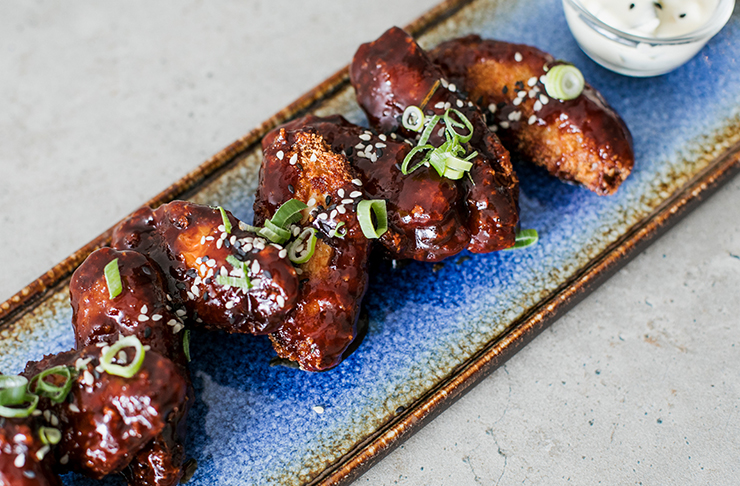 The main seating area is serviced by a large island bar and an open kitchen, where locally-driven dishes will be pumped out. Another hero feature, and a first for the Coast, is the inclusion of a French-built rotisserie which has a total of 10 spits. From this beauty of a machine, will come beer-marinated half chicken, rolled lamb forequarter and pork belly porchetta served with tasty sides and gravy or in a roll with beer battered chips. Good, huh?

But it’s not all about the rotisserie, there’s also steaks from the grill, smaller share plates like Mooloolaba prawns in a local honey, an array of mains and delicious sides, including onion rings. There’s even a Beeramisu, which hardly needs explaining, except to say it’s a dessert. 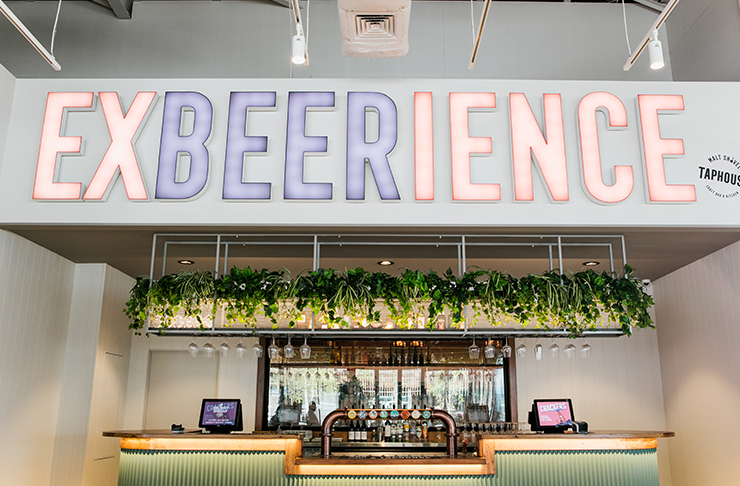 On the beer side of things, there’s literally something for everyone. With 40 taps featuring 16 rotating beers, the Malt Shovel crew have broken each brew down into a category—Quenchers (beers for the whole team), Crackers (beers with real flavour) and Flavour Packers (bigger, bolder beers packed with a punch)—to help you with your selection. For the non-beer drinkers, you’ll be happy to know that the wine and cocktail list is definitely worth hitting.

With plans to introduce beer-fuelled events soon—think beer yoga, Melbourne Cup lunch and farm-to-table style dinners—Malt Shovel Taphouse is going to remain on your radar long after your first visit.

Created as a space where you can bring the whole family—there’s even a dedicated games area, filled with pinball machines and arcade games for the younger fans—skip your usual hangout spot, load everyone in the car and drop by Malt Shovel Taphouse for a cold one this weekend. They’re ready for you!

What: Malt Shovel Taphouse
When: Now open seven days from 9am until late
Where: Stockland Birtinya, 8 The Avenue, Birtinya