"Eat Me", "Drink Me" . . . Take a dive down the Rabbit Hole.
Our descent down the stairs of the former Bar Europa (one of Sydney's first underground cocktail bars) on Elizabeth Street, was reminiscent of Alice falling down the rabbit hole into Wonderland. Owner and passionate mixologist, Doug Laming, uses a chemical modification of ingredients to create cocktails, which you undoubtedly have never experienced before.

Upon arrival, we comfortably settled in at the bar and watched Doug conjure the Rabbit Hole's signature "Doug Laming's Margarita" (pictured top), our first glimpse at 'molecular' mixology. Made from carefully prepared, spherified pearls of Sauza Gold Tequila and sugar syrup, matched with Cointreau 'caviar' via a process known as the Cointreau Caviar Spherification kit — one of only 12 worldwide. These pearls are then placed atop salt-dusted finger limes, which completes this unique take on the classic cocktail.

Next up we tried the "Wood and Smoke". You begin by inhaling the aroma of smouldering cinnamon, which is complemented by the dark and bitter mix of Auchentoshan Three Wood, Jim Beam Devil's Cut and Laphroaig 10-year-old whiskey. This is mixed with Quassia and Barberry Bark syrup, acid phosphate, Fee Brothers Whiskey Barrel Aged Bitters and old-fashioned bitters. Sounds scientific? It is, and the result is one of the best cocktails we've consumed in Sydney. 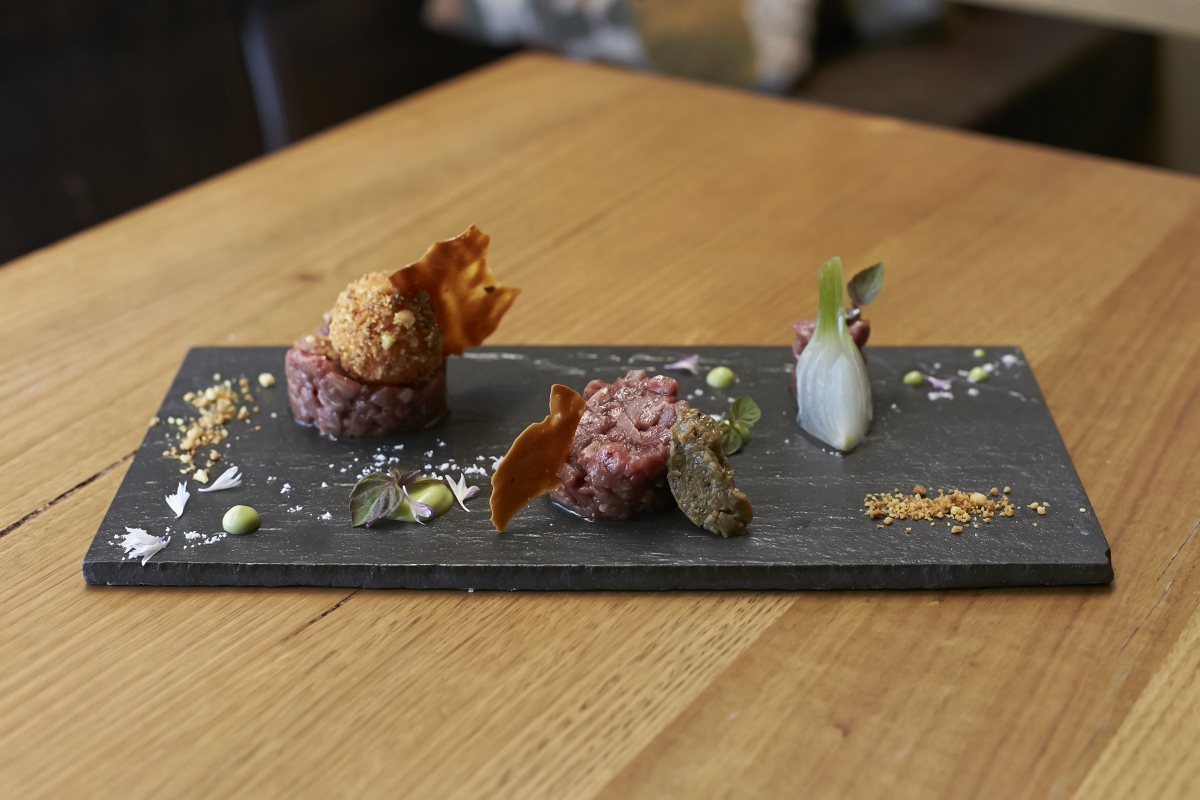 And what of the gastronomy? The Black Angus tartare was delicious, accompanied with dehydrated chive mayonnaise and soft egg yolk and mustard 'crumble', which added a unique texture to the dish. At the suggestion of Doug, our meal was paired with a lovely and light bottle of red courtesy of Jim Barry Wines' Three Little Pigs of South Australia.

The salmon gravlax melted in your mouth and is served on a bed of cucumber and dusted with Aloe Vera 'snow'. Certainly the most interesting interpretation of gravlax we have seen. 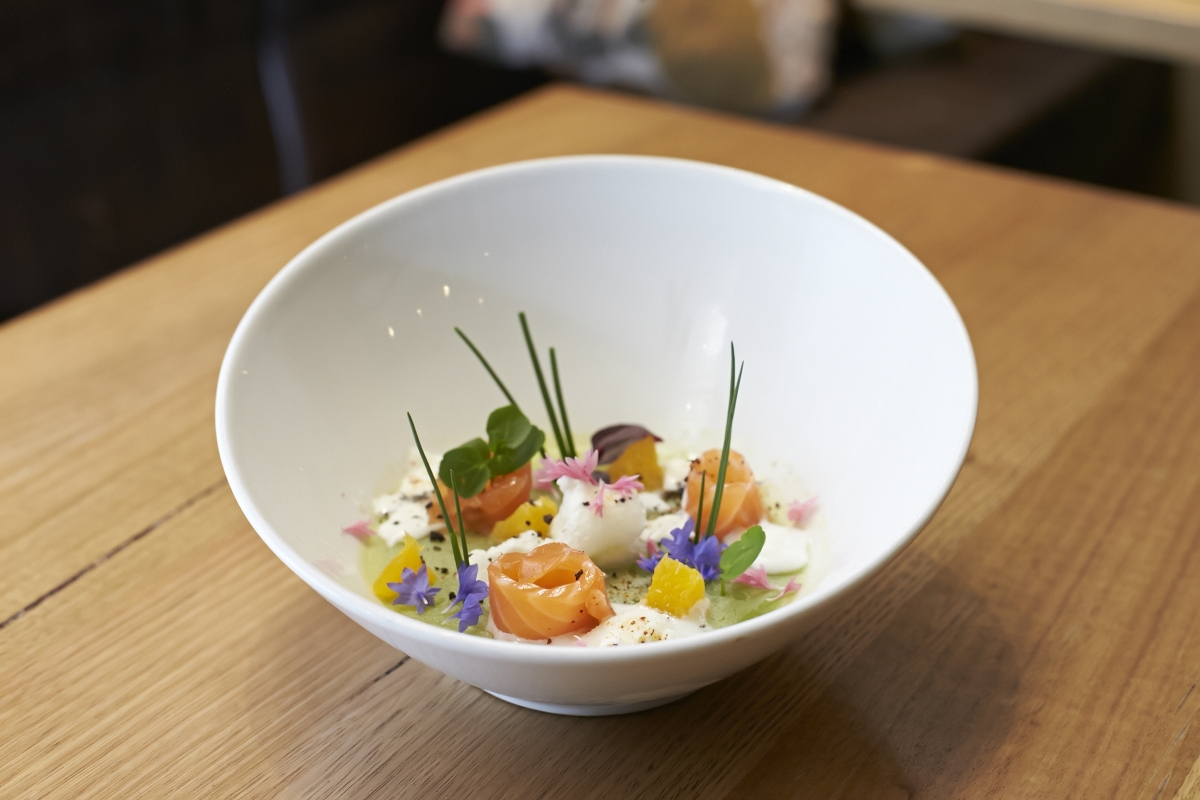 The Rabbit Hole dining experience is one of chemical reactions and taste contradictions, which somehow work together. Laming's molecular mixology marries seamlessly with the skills of Executive Chef Jeremy Mitivier. Having worked at numerous Michelin Star restaurants, including: Jean Bardet, La Feuillantine and Campagne et Gourmandise in France; and Teach de Brock in Ireland, Mitivier's modern take on French cuisine is impressive.

Don't forget about the Wagyu beef burger. We didn't try it this time but three gentleman seated nearby certainly enjoyed theirs . . . Not surprising really, when you consider The Rabbit hole Wagyu beef burger was recently named one of the top five burgers in the world by Chowzter.