First things first, there are a few important things you should know about Sydney-based indie-pop group Mesmeriser. They love good old fashioned full-cream milk, they’re known for their well-arranged harmonies and they live for a no-frills pub vibe.

If there's one band in Sydney worth keeping your eye on, it's Mesmeriser. This down-to-earth trio, made up of Myles Fischer, (guitar and vocals) Sam Barron (bass and vocals) and Oscar Sharah (drums and vox), is one of a kind and if you haven't caught them at a live local gig lately, you'll want to make sure you tee up some time to witness this candid, humorous and talented crew in action.

And even though it’s been a hot minute since their last song Don’t Complicate It, Mesmeriser has already gone and dropped their first single of 2020. The guys have cooked up a track that sits squarely in revival territory akin to 90s rock legends The Strokes. It's called Trigger and it signals a switch into the garage-rock realm for the band, as well as unravelling some heavier concepts around sexual assault (and you can head to their launch party at The Vanguard come Saturday 28 February).

Since playing at some of Sydney’s most iconic live music venues (even throughout the lockout law era), Mesmeriser has continued to churn out all the bangers so we decided to sit down with frontman Fischer to talk local artists they’re digging, the best pubs for a cold one and Sydney’s best-kept secrets.

On Sydney Pub Feeds And Coffee

Let's kick off with the most burning question of all – where's the best place to score good coffee in Sydney?

We hate to admit it, but we’re just a couple of no-good full cream milk kinda guys, so we don’t have any alternative milk spots for you but, there are great coffee spots like the Grumpy Baker in Maroubra. They make great coffee and baked goods like pies, cheese sticks, tarts, etc. All while attracting a bunch of local finches that nibble on leftovers and prance around for your enjoyment.

Loaded question but, where would you Go for the ultimate pub feed in Sydney?

The mark of any good pub is their schnitty. We hate to give too much love to one suburb, but the Maroubra Bay Hotel has an array of out of control schnittys, toppings and all. We couldn’t name you anything else on the menu (maybe they do a salad) because these schnittys are that good. 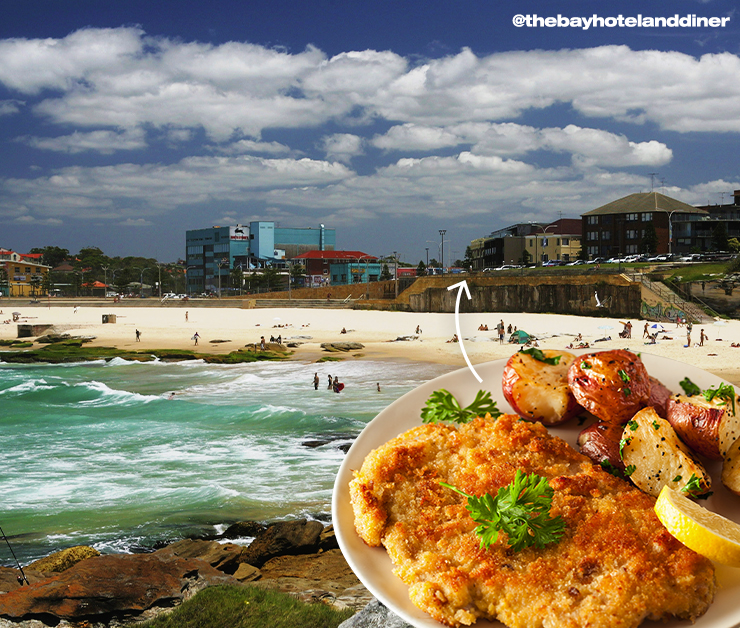 On great pubs, if you wanted to kick back and enjoy a cold one, which watering hole would you all be heading to? 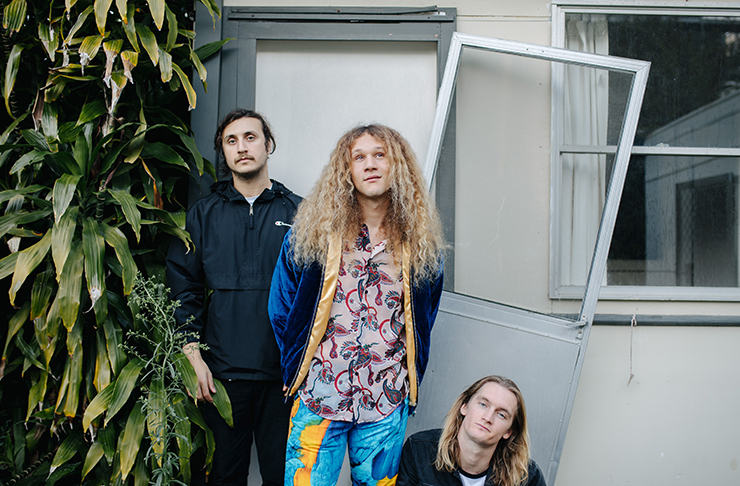 ok, for a good night out in Sydney, start to finish, where would you go?

For pre-drinks, probably one of our houses… a bottle of Mr. Black, some Kracken rum and a couple of beers, coupled with existential talk and some tunes blasting from someone’s iPhone all make for an excellent start to any night out.

For the main affair, it depends. Sometimes we’ll cruise down the road to the Coogee Bay Hotel if we’re feeling lazy, or stroll over to one of the many pubs in Newtown, such as the Courthouse. For kick-ons, we go back to wherever we started to polish off our drinks, or perhaps a mate’s sharehouse where the housemates and neighbours don’t mind.

Sydney has a heap of insane live music venues, which are your favourites to perform at?

There are a couple of places that are really stand out venues to perform at in Sydney. Vic on the Park has an incredible atmosphere, great pub vibe, great music staging and an outdoor basketball hoop. You’ve also got Selina’s at Coogee Bay Hotel. The sound is pretty amazing there, it’s incredibly local and it always attracts some of our mates, so we generally have a pretty good time there. 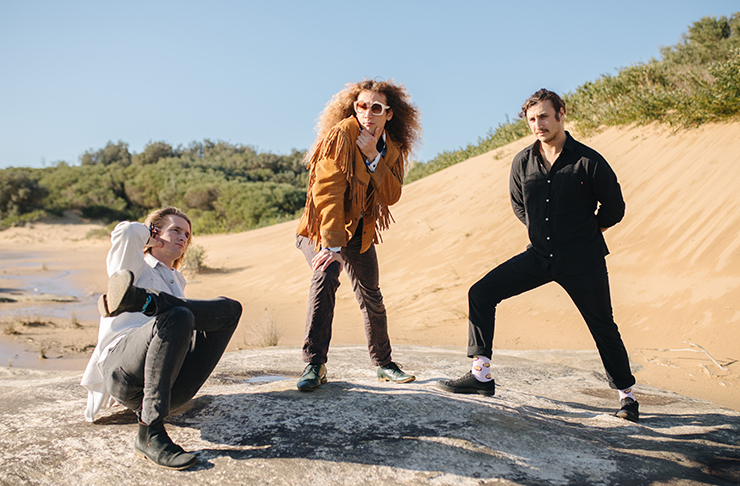 and where do you love as a spot to watch live music yourselves?

Several places come to mind: Oxford Art Factory, Metro Theatre, Enmore Theatre. Each venue in our mind has such a distinct feeling, and it’s reinforced by the calibre of bands we’ve seen at each place. Recently Selina’s has re-opened and been putting on put on some great shows like The Preatures—they brought their A-game and rounded off an incredible set with Total Eclipse Of The Heart, every single person in the place was screaming along, looking longingly into someone’s eyes.

ANY AWESOME LOCAL ARTISTS YOU GUYS ARE REALLY DIGGING?

The vocal hauntings of CLEWS. Abby Bella May, our friend and rising pop princess. Run Marlowe, Mel Blue, Hiaground, Lola Scott, BALKO, Harley Mavis, Spruced Moose, just to name a few more. There’s plenty of serious talent in the Sydney area, and we’re incredibly lucky to play gigs, have nights out and share friendships with a whole lot of them. 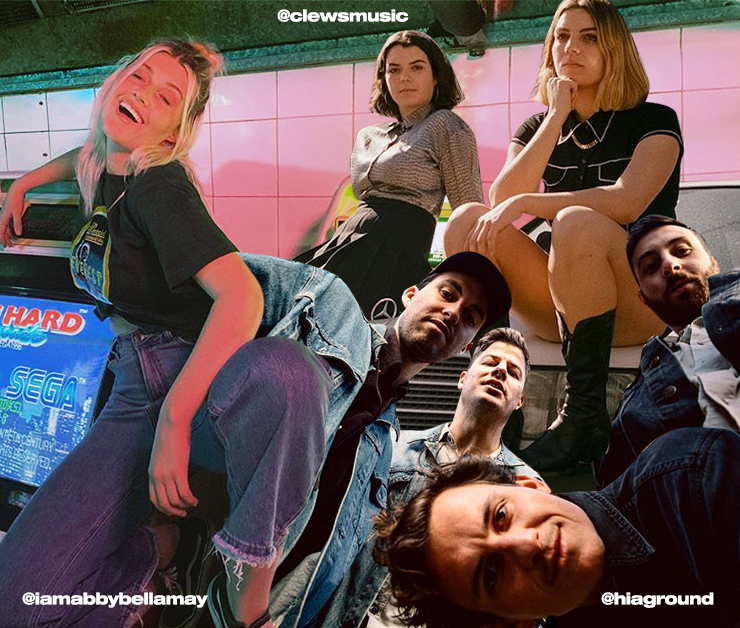 Record stores are becoming few and far between so it’s good to know there are places like Red Eye Records still around. We’ve all lined up for a couple of hours at a time waiting for our record store day promo vinyl or perused through their incredible selection.

And where would you go for any vintage clothes or pre-loved BITS AND PIECES?

Newtown is essentially one big vintage find. There are incredible vintage stores that run along King St., like U-turn, as well as retro furniture and general knick-knack stores as well. Just start on one end of King St. and by the time you’re on the other side, you’ll have yourself an absolutely spanking new wardrobe. 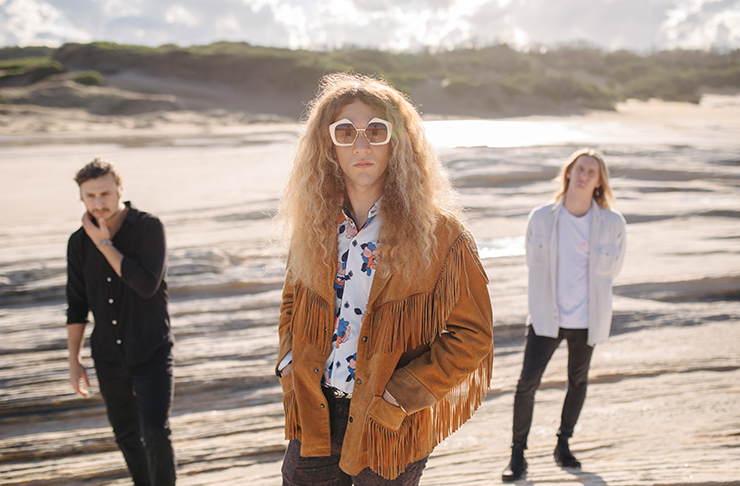 WHAT ABOUT THE WEIRDEST PLACE YOU GUYS HAVE BEEN TO IN SYDNEY?

The Friend in Hand in Glebe has some of the most unusual interior decors of any pub in Sydney. Countless knick-knackery and memorabilia adorn the walls of the pub—guitars, stuffed animals, street signs and canoes. There’s a resident sulphur-crested cockatoo and crab racing too... regardless the pub is a good time; great food, beers and company. 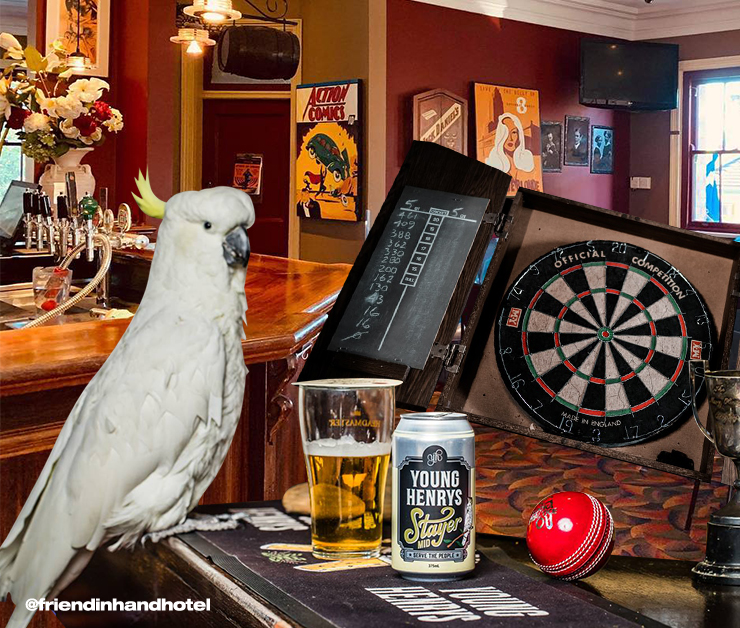 How About Your favourite surf spots?

Sydney has a bunch of great surf spots, but they’re also insanely crowded. If possible, driving to Stanwell Park early on a Saturday morning is the pick. If there’s time, even further: Thirroul, Sharky’s Beach, The Farm, etc.

Lastly, Where Is Sydney's best-kept secret?

There’s a little sushi joint in Clovelly called Sushi-Kun that does some of the best sushi in Sydney. The guy that runs the place works incredibly hard and it’s evident. Your salmon and avocado roll will be fresh as can be, the edamame salted in front of your eyes, and your chicken katsu roll still steaming from pan.

Love live music? Here are our favourite live music venues in Sydney and these are the best gigs to see this month.