We get it—from a beginner’s perspective, the whole film photography thing can be kind of intimidating. So we’ve decided to hit reset and take it back to the basics.

It doesn’t matter if you’re on your way to becoming a 21st century Ansel Adams (Google him), or think a shutter is something that goes on windows. ‘Cause coming right up we’ve got a demystified film survival guide with loads of expert advice from of one of our very own photographers—the swashbuckling and effortlessly handsome Griffin Simm. 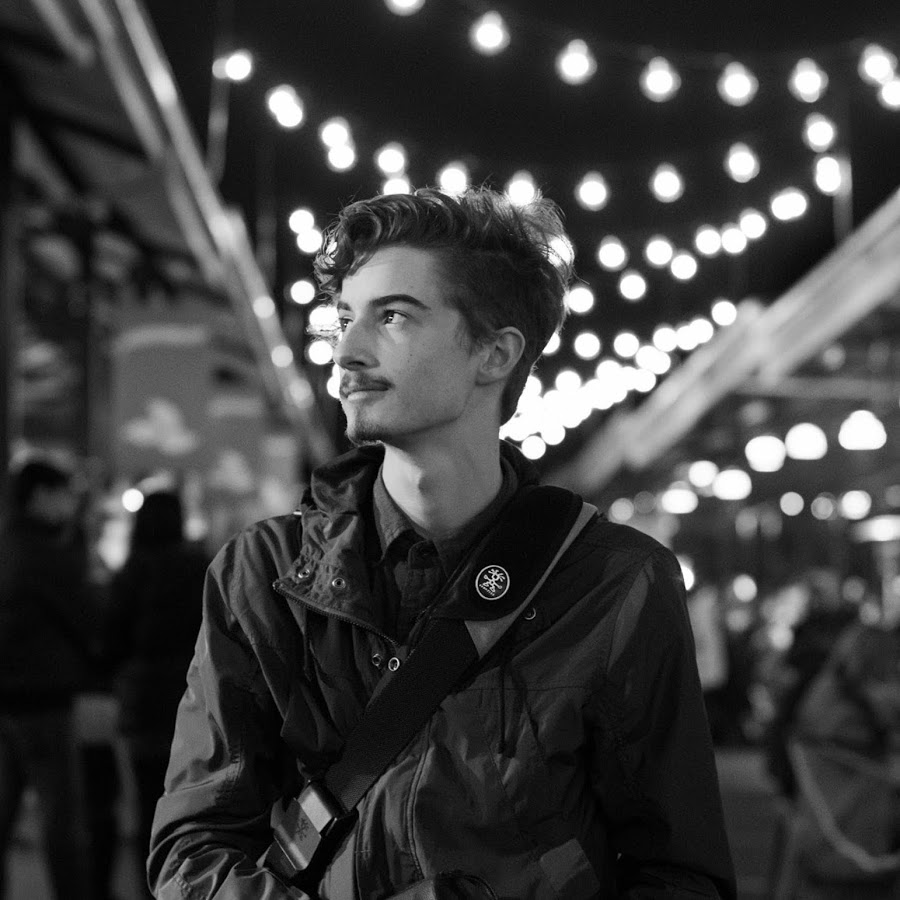 Alright. It’s time to focus. Class is officially in session.

So Griffin, what advice would you give to those who are totally new to shooting film?

Honestly, the best way is to get on YouTube and watch tutorial videos. It’s how a lot of self-taught photographers actually start out—learning the different ins and outs of film.

A lot of it is trial and error and you have to be prepared for the failures. There’s going to be a lot of them. But I guess you just have to learn from them ‘cause it’s definitely a case of practice makes perfect.

The Pentax K1000 is very popular in a lot of high school darkrooms. It’s a no-frills SLR with the three basic functions. It’s completely manual, which is the best way to learn without having someone there to hold your hand.

If you’re after something a little less complicated, you could opt for a point & shoot camera, which is automatic. You literally point and it will focus and that’s all there is to it. It’ll get the right exposure and (most of the time) it also has a flash. You’ll get a perfect picture and you don’t even have to worry about it.

Okay, Point and Shoot cameras versus SLR cameras—would you recommend one over the other?

First up, I’d probably ask that person what they want to get out of photography. If they’re more interested in the technical aspect of photography and want to challenge themselves, I’d recommend getting an SLR. This way they’ll have a lot more control over the camera in terms of the different settings.

If they’re in it more for the look of the film and the aesthetic, I’d recommend getting a point & shoot camera, ‘cause it’ll be so much easier. You get next to no control with point & shoots though.

What are the going prices of film cameras these days?

Camera prices are definitely getting more expensive. But in saying that, like with most things there are two ends of the spectrum. If you hop on eBay you’ll see listings for cameras like the Contax T2 with price points around the $1200 mark.

Before you make any purchases, I’d definitely say start by raiding family attics and that sort of thing, ‘cause you never know what’s sitting around.

So you wouldn’t steer away from buying film cameras online?

It’s definitely a personal choice, but if you want to eliminate some of the risk, it’s worth going into physical camera stores (such as Film Never Die) and buying something that’s been tested (so you know it’ll work) and that also comes with a warranty.

Other than that there are websites out there that specialise in selling film cameras—but they obviously sell for premium prices because these businesses scout for the best cameras going ‘round.

When buying online, how do you know if you’ve scored a good buy or not?

It’s kind of tricky, sometimes you just don’t know. Overall, I would say look for online stores with a name and a reputation, preferably with both an online and physical shop front. In the past, the best online buying experiences I’ve had were with stores that were super honest about the cameras they were selling and accompanied their listings with lots of detailed pictures.

What’s your experience been like with buying film cameras at markets?

I’d definitely recommend heading to the biannual Photographic Market at the Box Hill Town Hall. You can go to buy and sell as well as to swap cameras, film, accessories and other vintage bits and bobs.

However, I’d tend to stray away from buying your typical flea market cameras because often they tend to be broken, especially if they’re being sold at a very cheap price. But in saying that, it’s kind of a needle in the haystack situation—sometimes the seller might not know the true worth of the camera they’re selling…but I’m yet to find one of those.

Are there any deal breakers or red flags to look out for when purchasing film cameras that aren’t super obvious?

Some cheaper SLRs sometimes have issues with gears and shutters seizing, but generally, with high-level cameras, they don’t break. With lenses, it’s important to check for fungus in the lenses (if they’ve been stored in cool dark places).

Any particular film stocks you would recommend trying out?

At the moment I’m using a leather one from Gordy’s Camera Straps. They’re based in the US and have a completely customisable system allowing you to have your strap made exactly the way you want it.

Also, check out Kalimna Leather. They’re a local leather goods company based on the Great Ocean Road and they also make awesome leather straps. As well as customisation, they’re really big on personalisation – you can opt for custom letter burning on your strap as well.

What can you do in Melbourne to get actively involved in the photography community?

Film Never Die host regular free photo-walks where you can rock up with any type of camera, even if it’s just your phone. The main thing is you get to chat with other photographers. You can make friends with people who share the same interest while you snap away—and you definitely get to see lots of cool cameras.

Other than that, there are lots of other things happening like that around Melbourne. There’s also The Melbourne Camera Club, they host a bunch of different events.

If you want to check out more of Griffin's work, head to his website or follow him on Insta.