Not too long ago, the choice of beer available in most Aussie pub taps was pale lager or pale lager. Cam Hines, co-owner and founder of Mountain Goat Brewery in Richmond, realised we were missing out on what the rest of the world already knew, and so set about changing the Melbourne beer scene for the better.

Opening their doors in 1997, Mountain Goat took on the mammoth task of convincing Aussie beer drinkers that there was more to life than VB and, since then, craft breweries have become serious business across Melbourne.

I, for one, believe we owe Cam a sincere debt of gratitude, so I took on the onerous task of sitting down with him to talk, and drink, all things Goat. The things I do for you people…

TUL: How long did it take you and mate/co-owner/co-founder Dave to get from the "We should open a brewery" discussion to actually opening a brewery?

It took us about two years. We were pretty determined to make it happen. Trickiest bit was trying to raise the funds as neither of us had any assets to offer the bank. So in the end we roped some family and friends in to help get us started. Then one bank put $50K in. It was enough to kick off.

TUL: Starting any business is hard work. What was the hardest thing about making Mountain Goat a success?

Getting people to try our beer. Back in 1997 no one seemed to know what we were about. One guy actually said to me "What, are you trying to be like CUB mate?"

TUL: Craft breweries are the 'new black' in Melbourne; have you seen a recent spike in the numbers of people drinking quality beer?

You bet. The last two years it's just exploded. We always hoped this would happen, it just took longer for the craft beer scene to catch on than we originally hoped.

TUL: You're bringing out Mountain Goat Summer Ale in a can for the warmer Aussie months – tell us a bit about this new brew.

Well it's a very hoppy beer but not very bitter. A lot of fruit character up front. Really designed for warm weather. We've used a truckload of Kiwi hops.

TUL: Got anything else new on the cards we should keep an eye out for?

Always a new Rare Breed release around the corner. These are fun for us to make.

TUL: Personally, I am a fan of your darker rare breed ales. Which of the small batch brews your team has released is your favourite?

I really like Fancy Pants – a bigger, hoppier version of Hightail. Heaps of character, but still very drinkable.

TUL: Most guys (me included) would say you have the ultimate job. Are we close to the mark there?

It's not bad. And it's getting more fun as we grow, especially as we can afford to employ some more great staff. It's taken me to some cool places around the world and I feel pretty lucky some days. But you still have all the responsibility of any business owner, like owing a crazy sum of money to the bank.

TUL: Are all brewers happy drunks with awesome beards? Because the rest of us think they are.

Yeah brewers are a pretty friendly and inclusive bunch. Just really into beer and will talk the leg off a chair if you give them the chance.

TUL: If you could pick anyone to wander into your bar for a chat, who would it be?

The most enjoyable part for me in our bar is seeing tastings and conversions take place. Often someone will drag an unsuspecting friend in. They look around, suss it all out, then taste the beers. It's just great hearing someone say they didn't really think they liked beer until they taste something with flavour and character. And once you have that experience, it's hard to go back to drinking the bland stuff.

TUL: Let's be honest, in your line of work hangovers are a constant OH&S issue, so what's your go-to hangover cure?

Just water. And maybe some physical exertion if you can muster it. Then a nap.

TUL: Your Richmond brewery bar, The Goat Bar, is basically the perfect after work location for a drink. Are you looking to expand anywhere?

It's working quite happily as is. We've got our hands full just trying to keep up at the moment, so nothing on the horizon right now.

TUL: When you're not drinking your own profits in Richmond, where on the Melbourne social scene can we find you?

I like a good, straight-forward pub. Like the Napier in Fitzroy or the Terminus in Clifton Hill.

TUL: Finally, what do you want to say to people who are hesitant to shift away from the standard CUB lagers?

There's nothing wrong with those big brewery lagers. Those brewers do what they do well. But there's a whole other world out there. You gotta dip your toe in. 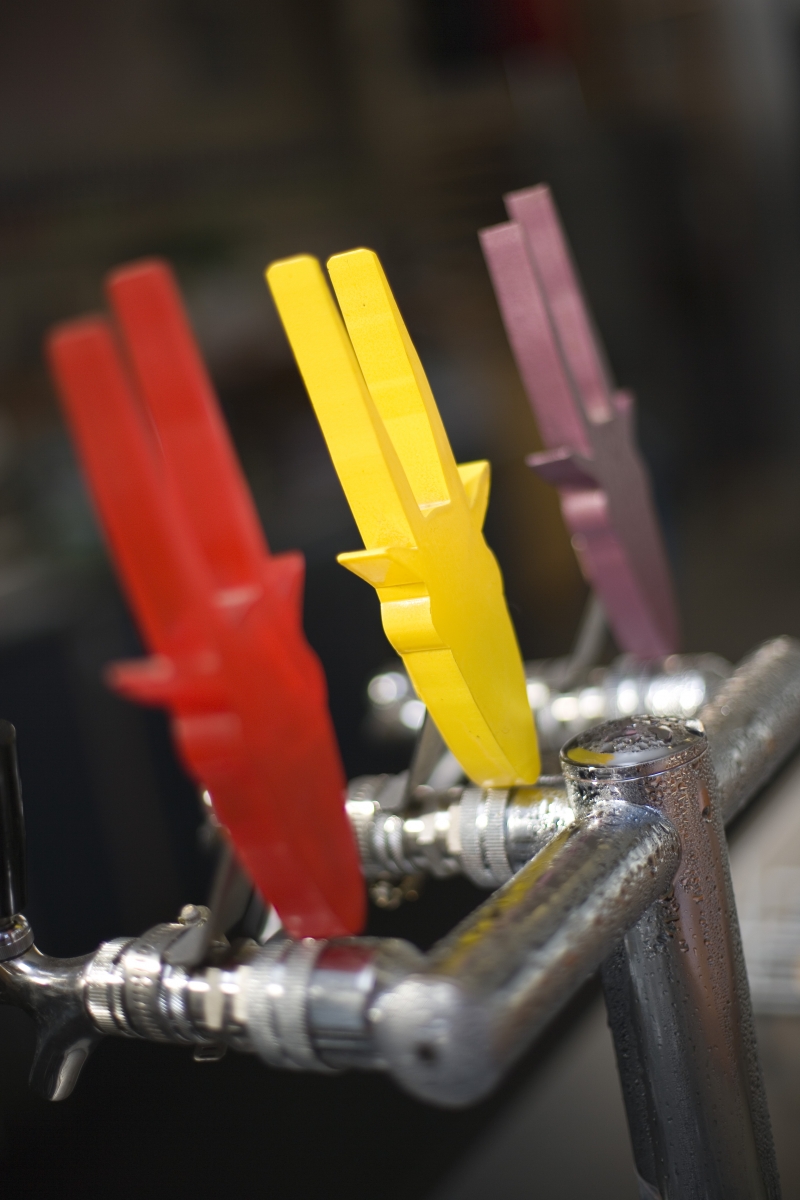