The ride that’s got everyone excited is Millennium Falcon: Smugglers Run. It’s an interactive thrill ride which allows you to take charge of the Millennium Falcon cockpit as you speed through the galaxy on a smuggling mission. Vacant positions include a pilot, engineer and gunner and every rider gets on the job training to help the mission’s success. 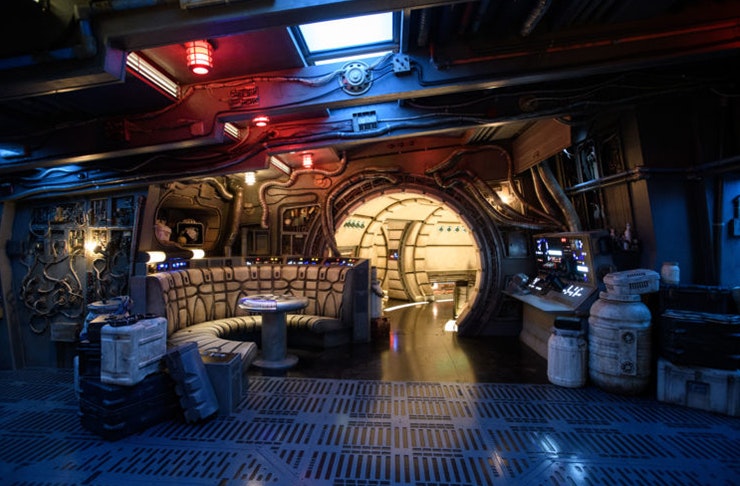 To start your day you’ll want to head over to Docking Bay 7 Food and Cargo. A working hangar bay, the menu includes Rising Moon Overnight Oats with dragon fruit and yoghurt, Bright Suns Morning which is basically a big brekky with pork sausage and purple potato hash, and a sweet Mustafarian Lava Roll. Come dinner time it’s all about the Smoked Kaadu Ribs served with a blueberry corn muffin and Fried Endorian Tip-yip (AKA crispy chicken with mash and gravy). 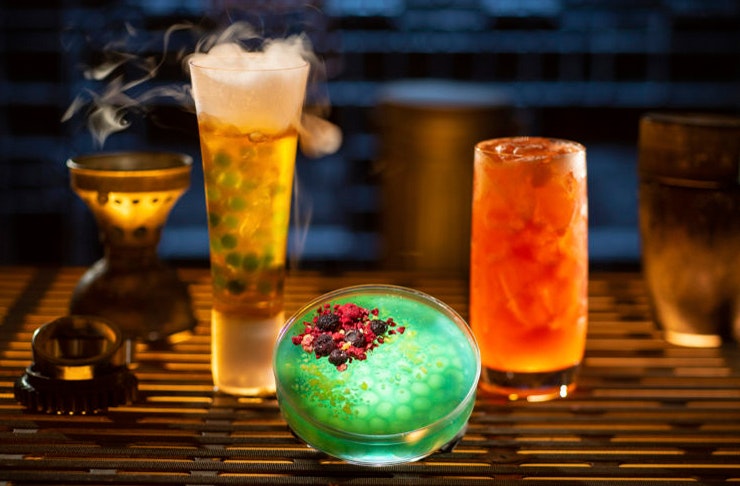 While you may not be able to pay a visit to Mos Eisley Cantina, Oga’s Cantina will be open serving interesting concoctions. The music is provided by droid DJ R-3X and you’ll be able to get your hands on alcoholic bevvies like the Jedi Mind Trick cocktail, Bad Motivator IPA and Imperial Guard wine on tap.

If you’ve always wanted to taste blue milk since watching Luke Skywalker drink it on screen you’ll be able to get your hands on some at the Milk Stand, while other food and refreshments can be found at Ronto Roasters and Kat Saka’s Kettle. 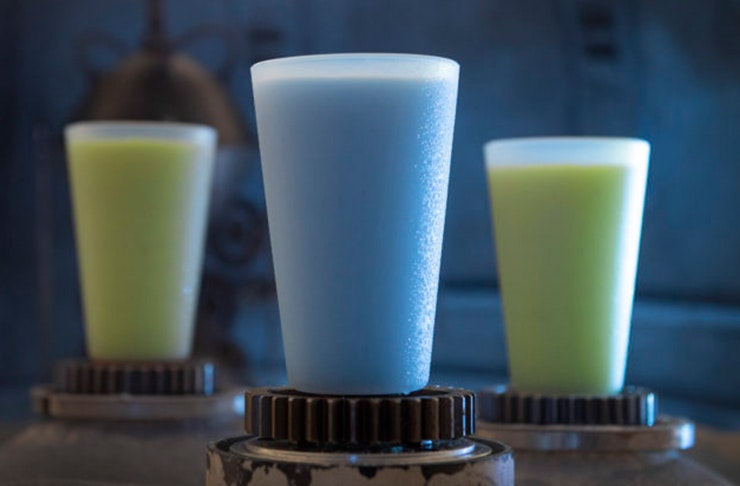 It wouldn’t be a trip to Disneyland without picking up some merch, and you’ll find plenty in Galaxy’s Edge. At Dok-Ondar’s Den of Antiquities you’ll find ancient tools, jewellery, lightsabers and rare kyber crystals and you’ll be able to pick up some new threads for your outer space adventures at Blake Spire Outfitters.

For the little ones there are some adorable plush exotic creatures to collect at Creature Stall and loads of toys at Toydarian Toymaker. You can even build your own lightsaber at Savi’s Workshop or customise a droid at the Droid Depot. 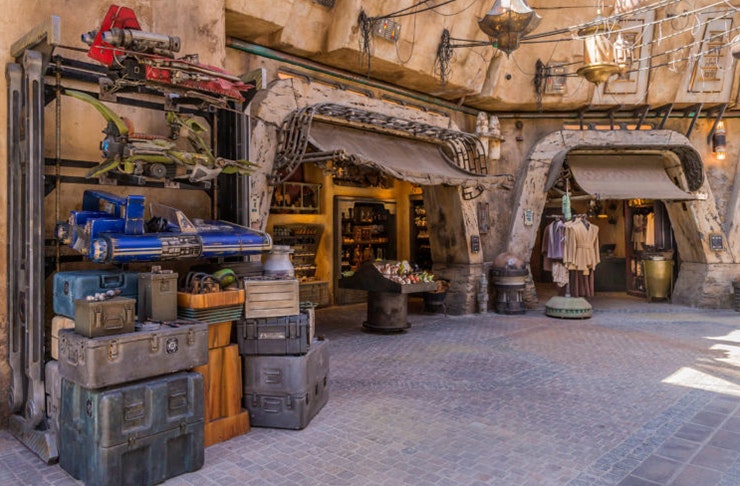 But that’s not all. Later this year, Star Wars: Rise of the Resistance will open. The ride is said to be “pushing the boundaries of innovation and technology,” so there’s no doubt it’s going to be epic. All the more reason to schedule a trip to North America later in the year.

Now, here’s the tricky part. If you’re planning to visit Disneyland between 31 May and 23 June this year you will need a separate reservation to be able to enter Galaxy’s Edge. This is to ensure the park isn’t jam-packed with people and everyone can still have a good time. So our advice, if you can wait, is to hold off until later in the year when everything is up and running and the crowds are a little less intense.

All you have to do before you go is decide where your allegiance lies; will it be the First Order or the Resistance?

Heading to Los Angeles? Here are all of the Instagrammable spots to check off while you're there.