Summer isn’t the only reason why things are heating up this time of year, because ladies and gentlemen it is officially party season! So, swap those work deadlines (they can always wait) for some Champagne sipping in the sun—you deserve it!

And boy, do we know a party where you can do just that…Barfoot & Thompson’s Twilight Summer Night at Ellerslie Racecourse.

We know what you’re thinking–you’ve been to one raceday, you’ve been to them all. Wrong! This is more than just watching some ponies potter around because this is part raceday, part party and there’s going to be more entertainment, both on and off the track, than you can throw a fascinator-wearing stick at.

Kicking off in the arvo on a balmy Wednesday before Christmas, we have three words: Work.Christmas.Party. Yep, you and Susie from accounts can really kick up your (bejewelled) heels well and truly into the evening while you have a little flutter on a filly (plus it sure beats last years ‘celebration’ at the local pub #borrrrring).

If your boss isn’t that cool-type, then just grab the gals and dress to impress because it wouldn’t be the races without some farrrrrrshion now, would it dahhhhlings!?

Adding a little extra to the event will be the first ever Jockeys’ World Cup Prelude, which will see horses and jockeys compete in teams, so another reason to make plans with the squad.

Gates open at 3.30pm, with the first race kicking off at about 4.45pm and the last one at around 7.45pm. But the fun doesn’t end there—nope, we’re just getting started! The numerous bars will be buzzing as the infamous Garden Party kicks off for the night. The tunes will be provided by Jupiter Project as they play an epic two-and-a-half-hour set. You’ll be spoiling your senses straight into Thursday (maybe cancel those early morning meetings, just saying).

Barfoot & Thompson’s Twilight Summer Night is going to be a party like nothing else! 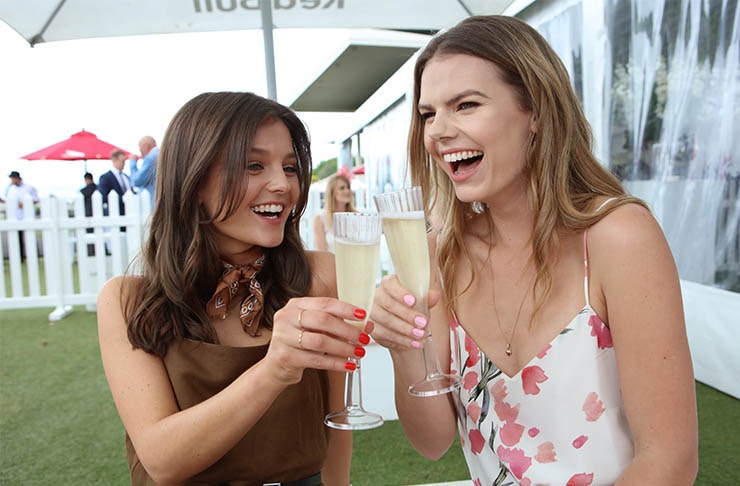 How much: $10 for general admission. But the place to be is in the Garden Party, with tickets costing $49 which includes a glass of G.H Mumm Champagne on arrival

Editor’s note: This article is proudly sponsored by Auckland Racing Club and endorsed by The Urban List. Thank you for supporting the sponsors who make The Urban List possible. Click here for more information on our editorial policy.