In case you’ve been living under a rock, Disney’s Aladdin The Musical is currently playing in Perth until 28 October and it’s high time you round up your sisters, cousins and primary school besties to lock in a girls’ night out. While you’re at it, maybe lock in a pre-date date to re-watch the movie and make sure you’re up to speed with all the songs so you can sing along.

We were lucky enough to catch a sneak peek of the musical over in Brisbane and let’s just say, it’s un-freaking-believable (and we will 1000% be going back in Perth).

Aladdin is everyone’s favourite Disney movie, let’s be honest, so the team could probably throw a couple of people on stage to sing the soundtrack and you’d be happy. But the musical goes above and beyond and we’d be willing to bet they could convert any Aladdin naysayers (if such a thing existed) within 15 minutes of sitting down. 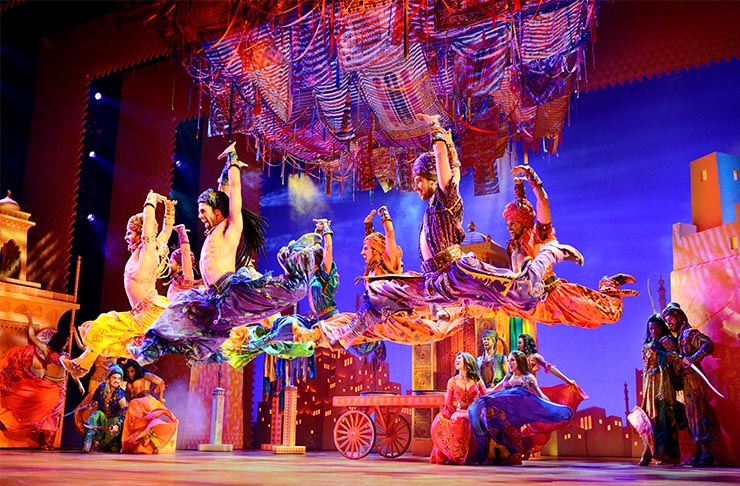 We won’t give away too much, but you can expect all your favourite Aladdin songs—hearing A Whole New World sung live will be one of the highlights of your month, if not year. Plus, there’s a couple of new songs which will have you following the Spotify playlist by the time you walk out of the theatre.

If you don’t believe in magic, you will when you see the extraordinary set design that is happening throughout the show. Every time you think it has peaked, it just gets better. The Genie scene in the Cave of Wonders will have you smiling so much your cheeks will hurt and, just quietly, we’re pretty sure the magic carpet was a real flying carpet. 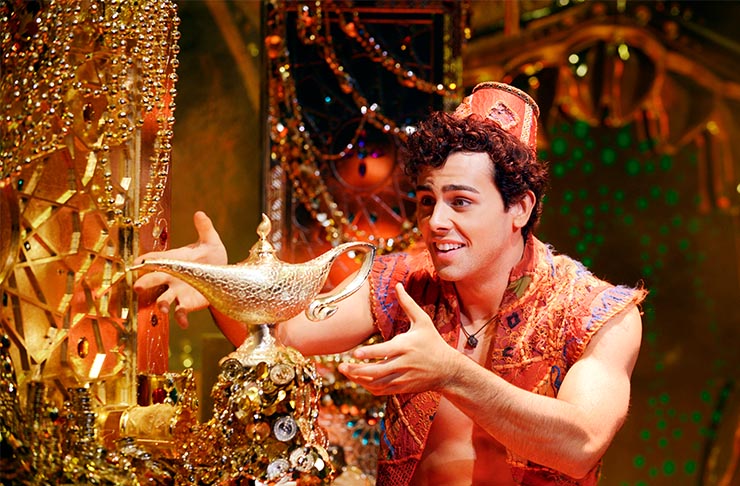 Now, a girls’ night out wouldn’t be complete without a couple of drinks and something to nibble on so, lucky for you, Aladdin The Musical is showing at Crown, meaning your options are endless.

If you’re keen to splurge, head to one of these spots for a feast and a glass of bubble or, if you’re pinching pennies (because you splurged on the best available tickets, obvs) one of these restaurants should do the trick.

What: Disney’s Aladdin The Musical
When: Playing until 28 October 2018
Where: Crown Perth, Burswood
Get your tickets here