Anticipation has been high for the arrival of popular Noosa-born brand Miss Moneypenny’s. But it takes two to truly tango, and Fat Freddy’s is here to get the party started in this new mini dining precinct on Broadbeach’s Surf Parade.

Sports lovers will gravitate to the seats around the bar, where seven TV screens simultaneously stream live sports from around the world, ensuring jovial cheering and rivalry will erupt whenever big games are broadcast and goals are scored or hoops are dunked. 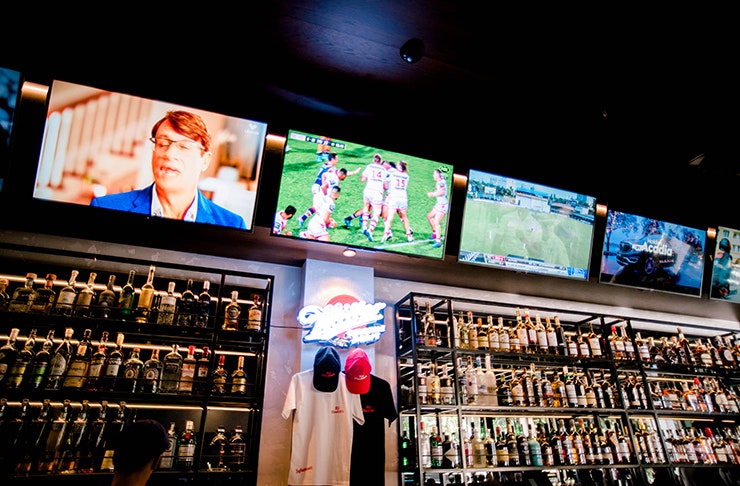 After a three-year stint in Bali, where he headed up Sisterfields, Bikini and Sibling, Executive Chef Braden White is now back on Aussie soil and calling the Gold Coast home. We suspect he’s just stretching his legs with the casual Fat Freddy’s menu and we can’t wait to see Braden hit a home run at neighbouring Miss Moneypenny’s when it opens in a few weeks time.

When dropping in for your first taste of Fat Freddy’s, we recommend starting with refined bar snacks like crumbed jalapeno poppers filled with ricotta and topped with a chipotle chilli, BBQ spiced popcorn (move over French fries) and four cheese mac and cheese croquettes drizzled with truffle mayo. 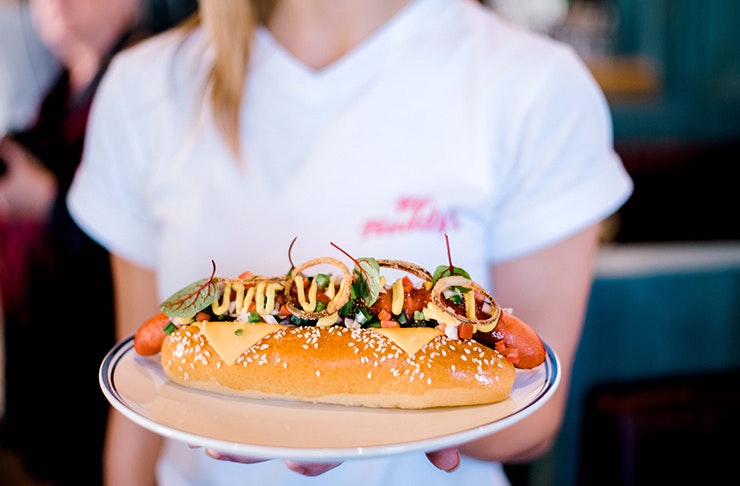 You’ll also want to wrap your mouth around the low-and-slow brisket burger, made super moist and tasty with a Bloody Mary BBQ sauce, topped with a simple slaw, smoked cheddar and served on a seeded brioche-milk bun hybrid (thank goodness for complimentary wet wipes). Or, lock your radar on the Po Boy loaded with Moreton Bay bug or the pimped up New York hotdog with mustard, smoked ketchup and crispy onions for that inevitable return visit.

In true American style, there’s a solid range of bourbons, ryes and whiskies on full display along the mirror-lined back bar. But it’s the guilty pleasures beckoning from the front page of the drinks list that’ll have you doing a double take. Spiked sodas and boozy shakes like the Pablo Escobar (espresso martini thickshake with ice cream foam and shaved chocolate) or the Miami Vice Splice-Cream (Midori, lime, pineapple, ice cream and a coconut foam topper) are dangerously good. 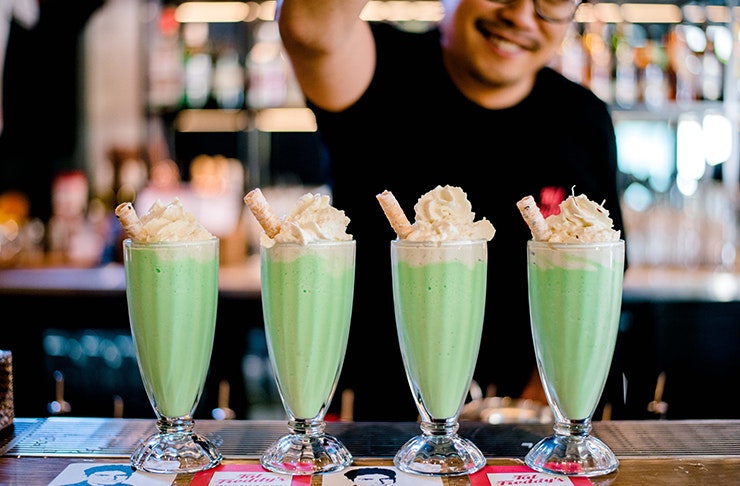 While the outrageously top value happy hour (think: $2.50 half pints or $10 jugs of Fat Freddy’s lager and $4 bubbles from 3:30pm to 5pm, Monday to Friday) will coax you to fire up the group chat and clock off early—clawing back some of those extra hours you put in over the last, well, forever.

Fat Freddy’s Beach Bar and Diner is now open seven days from 11:30am until midnight (serving food until 11pm), so get familiar with this less-travelled pocket of Broadbeach—soon to be a buzzing hub that your Uber driver will know by name.

For those frothing for a first look inside Miss Moneypenny’s, we’ll be back in a few weeks time, and trust us when we say, it’ll be worth the wait!