You probably thought that the food scene down at the Windsor end of Chapel Street couldn’t get any better. That was at least until June this year when Chef Shane Delia opened Maha East, his new swanky 40-seat Middle Eastern-inspired restaurant. And while Delia may have created Maha East for the locals, it’s a place that absolutely everyone will want to be at… if you can get a seat.

Maha East is technically Maha’s sibling venue, but by no means does it stand in its older sibling’s shadow. And this was a top priority for Delia, emphasising that he was not opening another Maha, but rather, a more relaxed side to the fine-dining cooking that the CBD venue is renowned for. 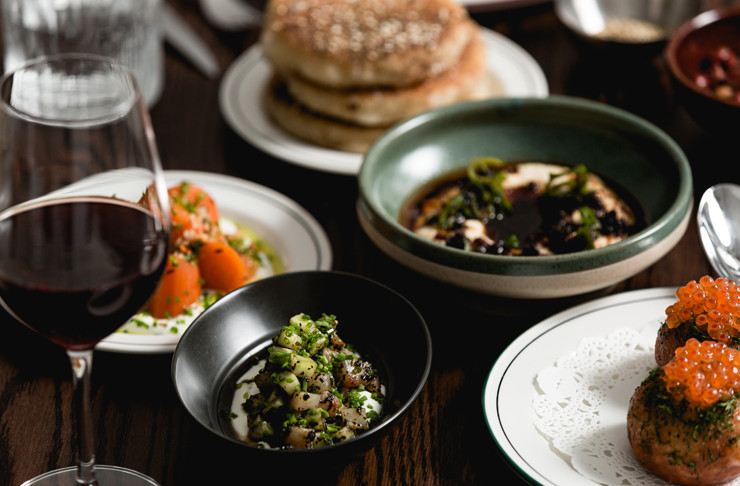 It’s romantic in its interior and mood, with dim lighting, checkerboard tiles and cosy seating arrangements that’ll have you feeling as snug as a bug whether you’re on a first date or catching up with friends.

The menu is brimming with loosely inspired Middle Eastern dishes in a share-style format, quite often and not always subtly, nodding to Maha dishes—a delicate balancing act between established favourites like the Turkish delight doughnuts and slow-roasted lamb shoulder, as well as new creations.

Swinging by for a boozy long lunch, a dinner session or a few cheeky cocktails at the bar with friends? No problem, the four sections of the menu has all of the above covered and more. There’s meze items, larger dishes (which are more protein-focused), veggies and sweets, as well as two variations of a four-course banquet. 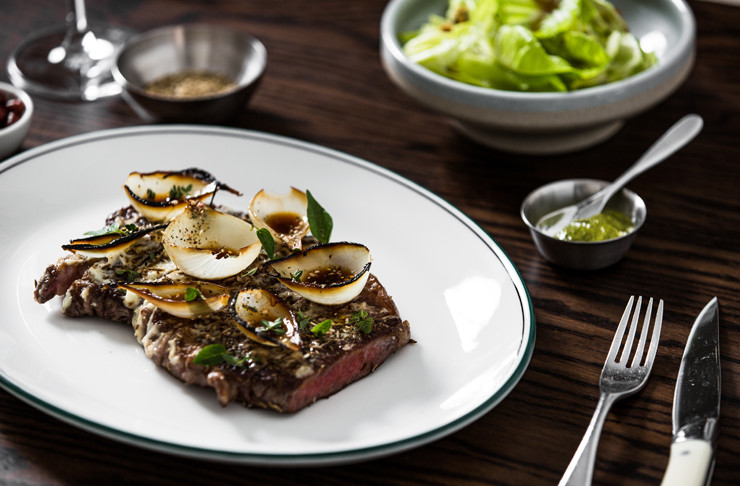 You’ll notice that the dishes on the menu read incredibly simply, but don’t be fooled, because each showcases a lot of skill from the kitchen. For example, the fried bun with taramasalata, salmon caviar and dill is not only exclusive to Maha East, but it’s also a huge kitchen flex. The taramasalata-filled fried bun is golden and crispy on the outside, with the perfect amount of the whipped caviar dip inside. There’s quite a lengthy proofing process which goes into this dish and it shows with each and every bite.

The hummus, chicken, macadamia, sage and house-baked bread is also a dish specially created for Maha East. This style of bread is quite different from the fried bun, with this bread being soft and fluffy and warm on the inside. The serving size of hummus is generous, which is a good thing because you’ll probably end up eating it by the spoonful. And if you run out of bread, you can always ask for another.

From the veggies section, the pickled pumpkin tabouleh, sundried pomegranate with tahini is a must-try if you’re all about texture. And you should probably, and by probably I mean, definitely, get a serve of their French fries with za’atar and kefalograviera cheese. 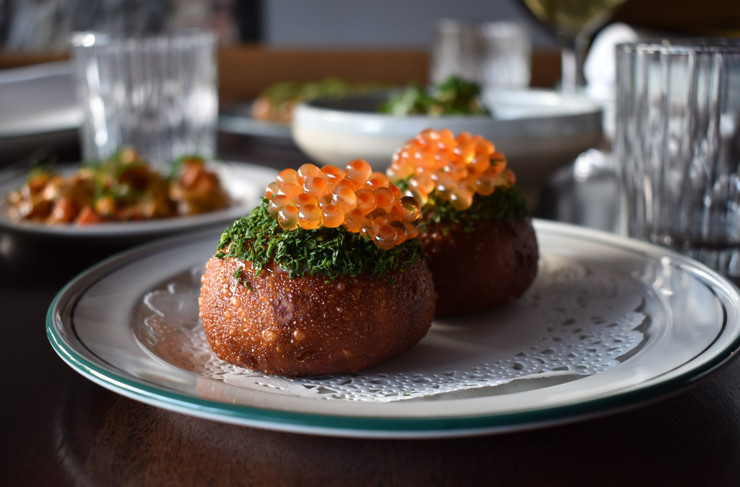 And when it comes to dessert, they’ve kept things short and sweet, with three heavenly dishes to select from. Whether you choose the peanut butter baklava, the chickpea ice cream or Maha’s iconic Turkish delight doughnuts, any decision you make is an excellent one.

All of the aspects of Maha East have nailed attention to detail, which of course includes its beverage offering. The wine list has been handpicked by sommelier and restaurant manager, Ross Frame and whether you’re after a glass or a bottle, you’ll be happy to know that it’s approximately 120 wines long. 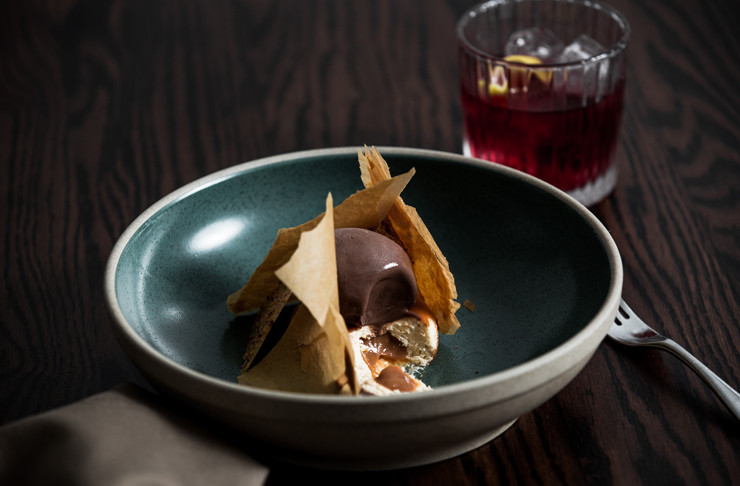 The drinks menu is also complete with all of Maha’s signature cocktails, including their most popular Pomegranate Sour with pomegranate liqueur, vanilla vodka, lemon, egg white and cherries, the perfect drink to kick off your stay at Maha East.

There’s also an insider tip I think you should know about. On Mondays and Tuesdays, they’re hosting BYO wine nights. So, if you’ve got a bottle of wine that you’ve been meaning to share with special people at a special place, you may want to give Maha East a call.