Let’s put a trigger warning on this one: don’t attempt Séance if you’re scared of things like ghosts, the dark, ghosts that murder you in the dark, or anything big and hairy with teeth.

What are we talking about? We’re talking about a white 40-foot shipping container that’s being set up inside Queen Vic Market. Inside there’s two rows of old cinema seats facing one another. The lights get dimmer and dimmer...and then go out. A voice tells you to put your hands on the table. 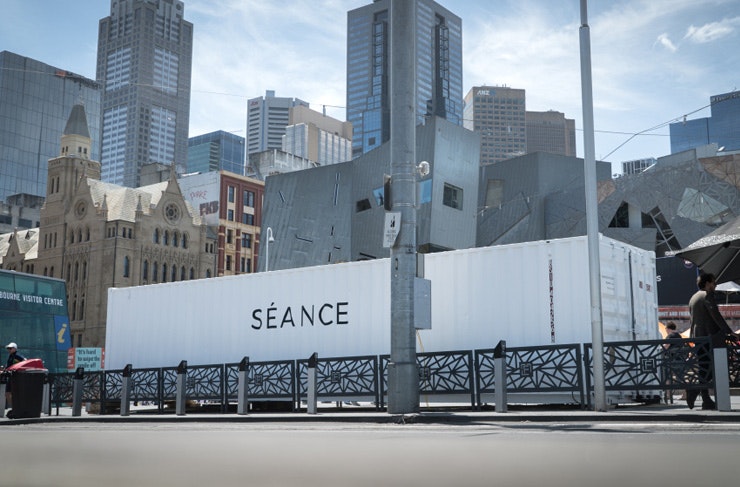 For the next twenty minutes you’re bombarded with a terrifying (and kind of intrusive) sensory experience, built around cutting-edge 3D audio. Feels like your brain is trapped in a David Lynch movie.

“We’ve had many different responses to Séance. Some people find the darkness soothing, whilst

for others, it is terrifying. Some people have even tried to escape,” says creator Glen Neath, of UK-based Darkfield.

People have tried to escape!? What the f*ck does that even mean! 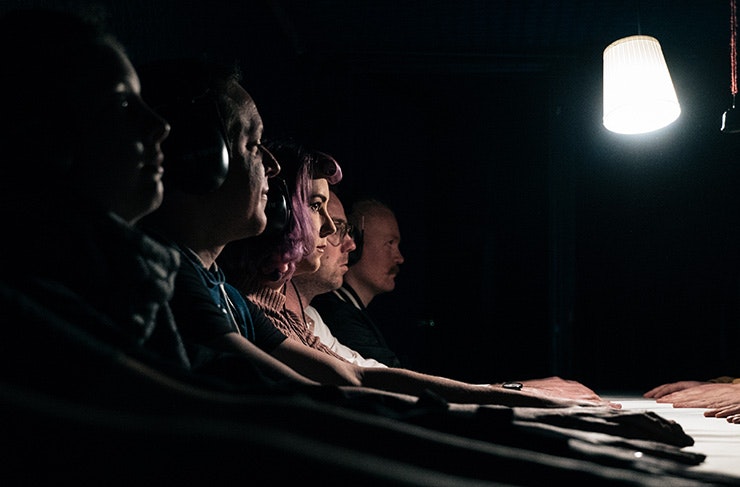 Séance has enjoyed sell-out performances at Edinburgh, Adelaide and Perth Fringe festivals, not to mention popping up for a very spooky run at Fed Square last October. You’ll defs have to book for this one. There’s a few sittings: Wednesday 11, 18 and 25 July (during Winter Night Market), and Saturday 14, 21 and 28 July.

Update: Séance will now be running until August 28. Friday sessions in August have also just been added.

The night is dark and full of terrors, guys. And these ones will set you back $20pp. Get booking.

Paintball more your speed? Here's all the places to shoot paint pellets at your mates in Melbourne.