How To Spend 24 Hours In Tokyo

We’re not going to lie, opting to spend only 24 hours in Tokyo is damn near impossible—no matter how many times you’ve visited there are endless amounts of things to do and Japanese cuisine to discover. However, there’s also the rest of Japan to get out and explore, like Okayama, Matsue and Tottori or Sapporo, Fukuoka, Nagasaki and Osaka, and in that case a short stopover is better than nothing.

And thanks to ANA’s daily direct flight from Perth to Tokyo, it’s even easier to explore the land of the rising sun. They’re currently slinging return fares from around $835, so hop to it, and then come back here to plan your itinerary.

Next time you find yourself with only 24 hours in Tokyo, consider this your plan. 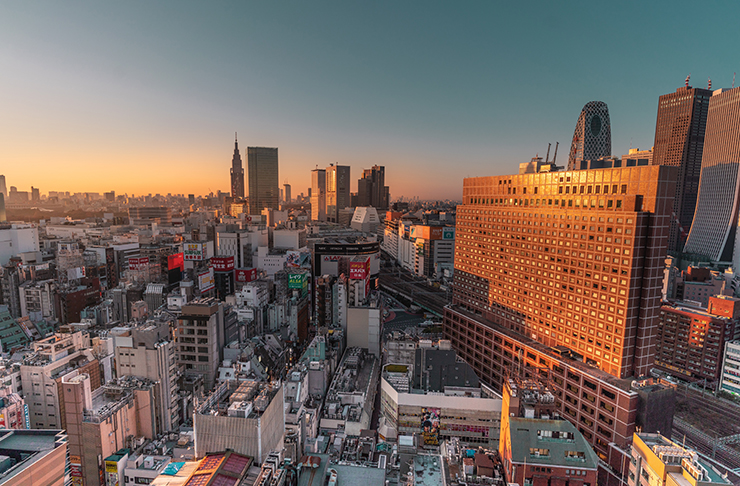 With any luck your flight gets into Narita Airport nice and early, so make your way through customs quick smart and then head into Shinjuku. It takes just over an hour whether you head there via train or bus, so pick your preferred method of transport depending on your budget and enjoy a few moments of shut-eye before your jam-packed day. Seeing as you’re only staying in Tokyo one night, there’s not much point in spending up big on your accommodation. We like Shinjuku Washington Hotel. It’s compact, in a great location and affordable. Once you arrive, drop off your bags and freshen up, it’s time to get moving.

We’re going to guess you’re extremely caffeine-deprived, so first stop on your 24 hour sojourn in Tokyo is for coffee. Hop on the JR Yamanote train line at Shinjuku Station and get off two stops later at Harajuku. Walk through the picturesque Yoyogi Park, right past cherry blossom trees (if you’re visiting in the right season) and head to Little Nap Coffee Stand for your long-overdue morning brew. This petite roaster looks like it’s been plucked from the streets of Melbourne and serves quality coffee, pastries and ice cream. Take a minute (and only a minute, we don’t have much time left) to recharge on the stools outside. 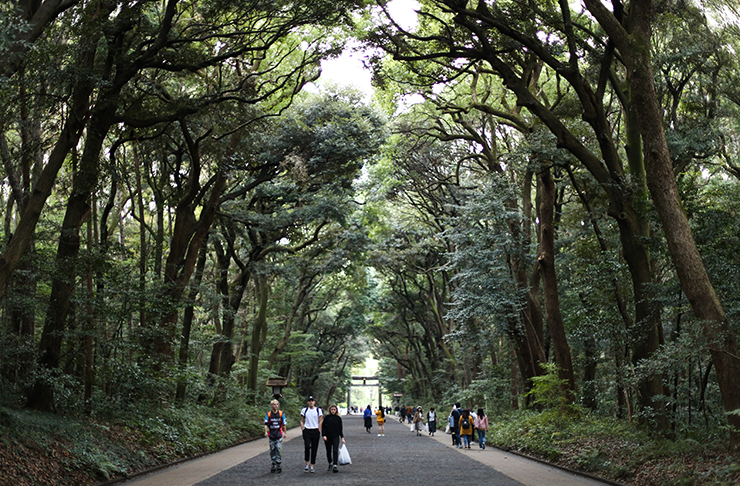 11am—Make Your Way To Meiji Shrine

It would be an injustice to head to Tokyo and not squeeze in a little history, so once you’ve downed your brew hot foot it over the Meiji Shrine (keeping your eye out for ponies at the Yoyogi Pony Park). Smack bang in the middle of a forest, in the middle of the city, Meiji Shrine is a beautiful and contemplative place for quiet reflection. Once you’re done, find the walls of sake and wine barrels near the shrine’s entrance for a cool photo op. 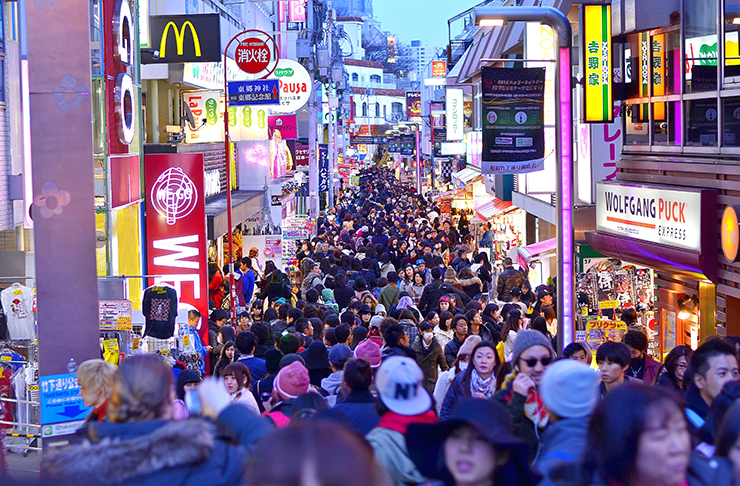 You’ll know you’ve arrived in Harajuku when you see the colourful gate and LED signs of Takeshita Dori (pronounced tah-kehsh-ta, so get your mind out of the gutter). This small in the scheme of things laneway looks like a teenagers’ bedroom, and that makes sense because it’s where many Japanese teens with a penchant for kawaii (cute) culture hang out. Think plush soft toys, rainbow cotton candy, chocolate crepes, photo booths, Lolita and gothic fashions and second hand streetwear. Be prepared to muscle your way through the crowd, especially if it’s the weekend, and stop at whatever tickles your fancy.

If you’re not too full from stuffing yourself with cotton candy and crepes, it’s time for lunch. Feeling a pull towards something that’s not pink? Brown Rice is a serene cafe specialising in vegetables and all things healthy. It’s also a nice escape from the hustle and bustle outside. But, if you’re keen to keep the colourful vibes going head to Kawaii Monster Cafe where you can sit in a psychedelic forest of poisonous mushrooms and devour rainbow pasta and chocolate chicken. Or make your way to Harajuku’s Deus Ex Machina outpost for more killer coffee, mac ‘n’ cheese toasties and cool vibes. They also do a mocha and marshmallow toasty, just saying… 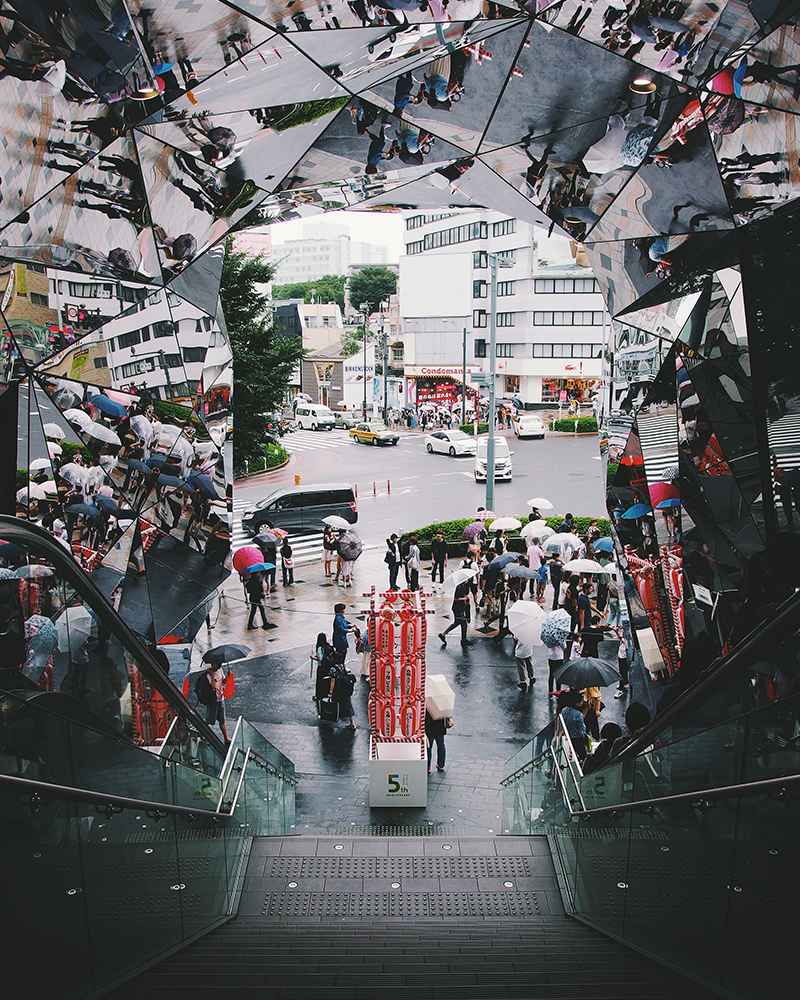 A ten-minute stroll from Deus along the backstreets of Urahara you’ll get to Omotesando, one of Tokyo’s high-end shopping districts featuring tree-lined streets and cool architecture. Scope the impressive Prada building and the mind-bending mirrored entry to Tokyu Plaza that you’ve likely seen on Instagram. Wander down ultra hip Cat Street and spend up big at the many outlets at Omotesando Hills (think Valentino, Shu Uemura, Balmain and adidas’ Y-3). Fans of New York’s Museum of Modern Art won’t want to miss the MoMa Design Store.

By now there’s no denying you’re exhausted, so head back to your hotel to put your feet up, have a short nap and get fresh. The fun’s definitely not over.

6pm—Go On A Ramen Tour

Why try one bowl of ramen when you can try three, four or even six bowls? Tonight, you’ll want to hit up Frank from 5am Ramen. He is without a doubt Tokyo’s number one ramen expert and his tours are next level. The Ultimate Ramen Tasting Tour is what you want, and if you’re not familiar with the soupy, noodley bowl of deliciousness, you soon will be. Plus, you don’t have to walk because Frank will tour you around the city by private car; your feet will definitely thank you for it after the day you’ve had.

8pm—Drink Up At One Of The World’s Best Bars

It would be wrong to visit Tokyo and not stop by one of their many incredible bars for a tipple, and why not go all out and make it one of the world’s best bars. You’ll definitely want to make a reservation at Shinjuku’s Ben Fiddich due to its popularity and tiny size, but if you’re lucky enough to land one you will be sipping delightful concoctions made with gin, whisky, absinthe, herbs, fruits and spices.

Karaoke culture is huge in Japan, so it would be rude not to visit one. There are plenty to choose from, but our vote goes to KaraokeKan. It’s open until 6am, so if you’re having a really good time you could just skip your hotel stay entirely. With locations all over Japan, you can expect all the mod-karaoke-cons at KaraokeKan, including food and drink delivered to your room and free cosplay hire. 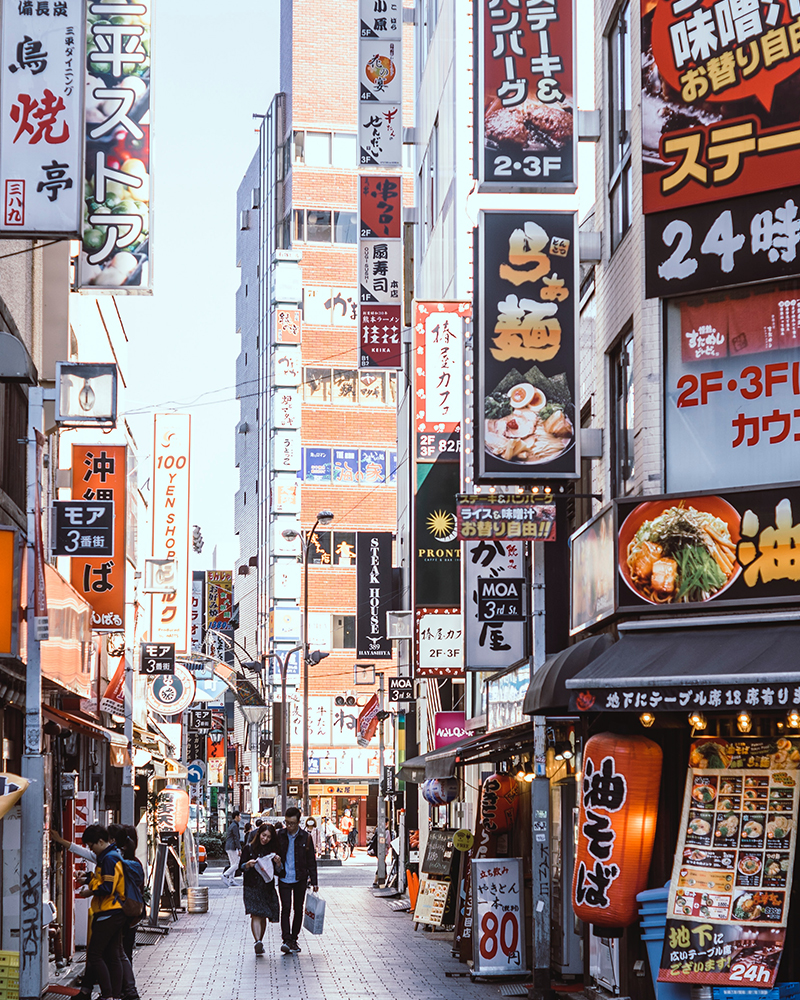 You have two choices; you can enjoy a sleep in, skip breakfast and make your way to your next destination with ease, or you can get up and stroll around the streets of Shinjuku as the rest of the city wakes up and find a little coffee shop for a pastry and a pick-me-up. The choice is yours!

Not sure where to head next? How about the Kanto region?