We Chat Photography, Travel And Survivor With Jarrad Seng

If you don't know who Jarrad Seng is, then we're guessing you've been living under a rock for the past few years.

Best known for his travel and music photography, streaking through the Hay Street Mall (to raise money for charity, mind you) and his stint on Survivor, Jarrad's Instagram feed will fill you with awe and a little bit of envy.

When we got wind of his latest exhibition, Aurora Ailouros—a collaboration between Jarrad and artist Prez Juan which you can catch at Whitespace Gallrery in Freo from Saturday 27 October—we thought it was high time we tracked him down between shoots to chat inspo, travel, Survivor and more. 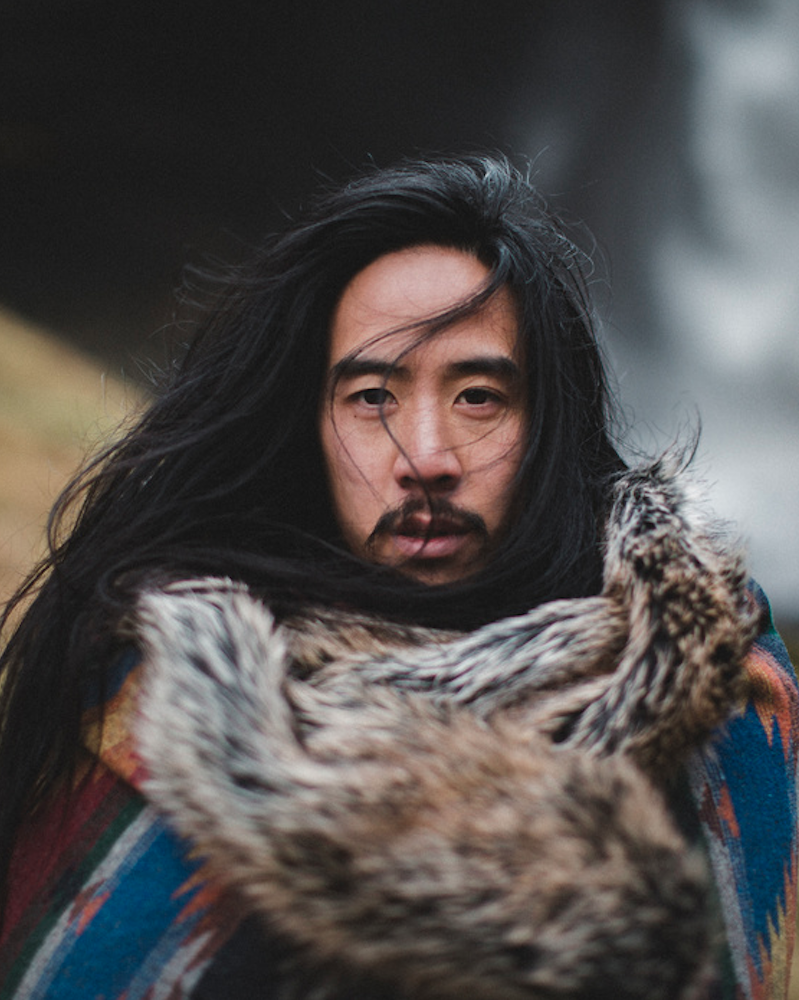 On How He Got Started With Photography

Well I guess you could say one of the guiding principles in my life has been 'fake it 'til you make it'.

In 2009 I bluffed my way into shooting a big music festival because I was such a concert fanboy and was desperate for a way to get closer to the bands. I borrowed a friends camera, read an article online on how to use a DSLR and I've somehow managed to keep tricking people into hiring me ever since.

I'm mostly joking but also kind of not. It's been ten years since that festival and I honestly still don't know what I'm doing so much of the time, but it's been a crazy rollercoaster touring the world with musicians and exploring the wildest places, camera in hand!

On What He Loves About It

What I love about photography is that it's forced me to live a full life.

I'm the laziest person I know, if it wasn't for my job, for that sunrise shot I need to get at the top of the mountain or that down and dirty moshpit shot a band needs, I would sit at home playing computer games and watching Netflix all day. I wouldn't do anything or talk to anyone, believe me! 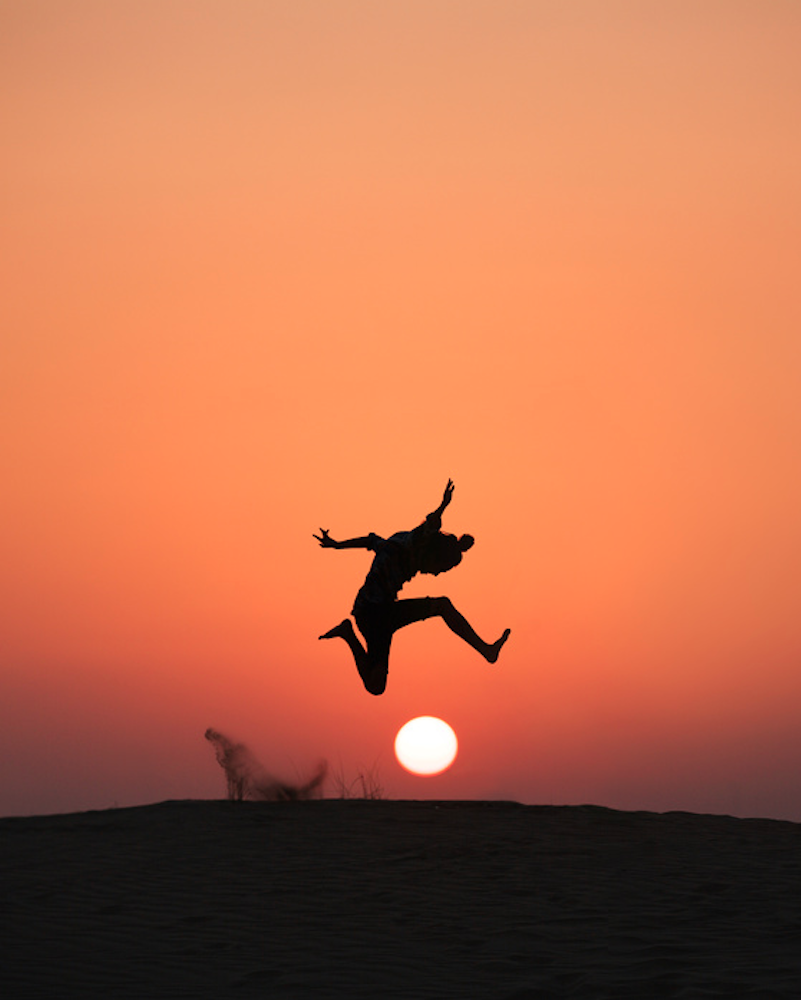 On Where He Finds Inspo

It could come from anywhere—nature, movies, Instagram. But I think what it really boils down to is being surrounded by ridiculously talented people, like, all the time. You have no choice but to try and be better and create cooler things when everybody around you is killing it.

I draw a lot of inspiration from people like Passenger, Angus and Julia Stone and Ed Sheeran who just work so damn hard at mastering their craft. On the one hand, it kinda sucks because you start realising you'll never be as cool as them, but it does give you that little kick in the guts to work a little harder and push the boundaries that little bit more.

On Life On The Road

Life on the road is both incredibly amazing and utterly brutal. I know, I know, I don't have any grounds to complain. I get to travel the world with my best mates, explore beautiful destinations and meet fascinating people along the way.  Every day.

But, the pace at which you go and how much of yourself you need to give to make it work, does destroy you. More often than not I wake up having no idea where I am for the first few seconds of the day!  And I can't remember the last time I felt that simply luxury of having nothing to do.

Life has become a perpetual countdown to the next deadline, the next flight to catch. And while you desperately need to, you can't bring yourself to stop and stand still because you don't want to lose that momentum.

Okay, that got real fast. Don't get me wrong—I love it and I know this is the path I'm meant to be on but man, it can be a tough gig!

On His Favourite Place

It's gotta be Iceland. Where else can you find giant celestial feline deities invading the earth through sacred aurora portals to another dimension?! 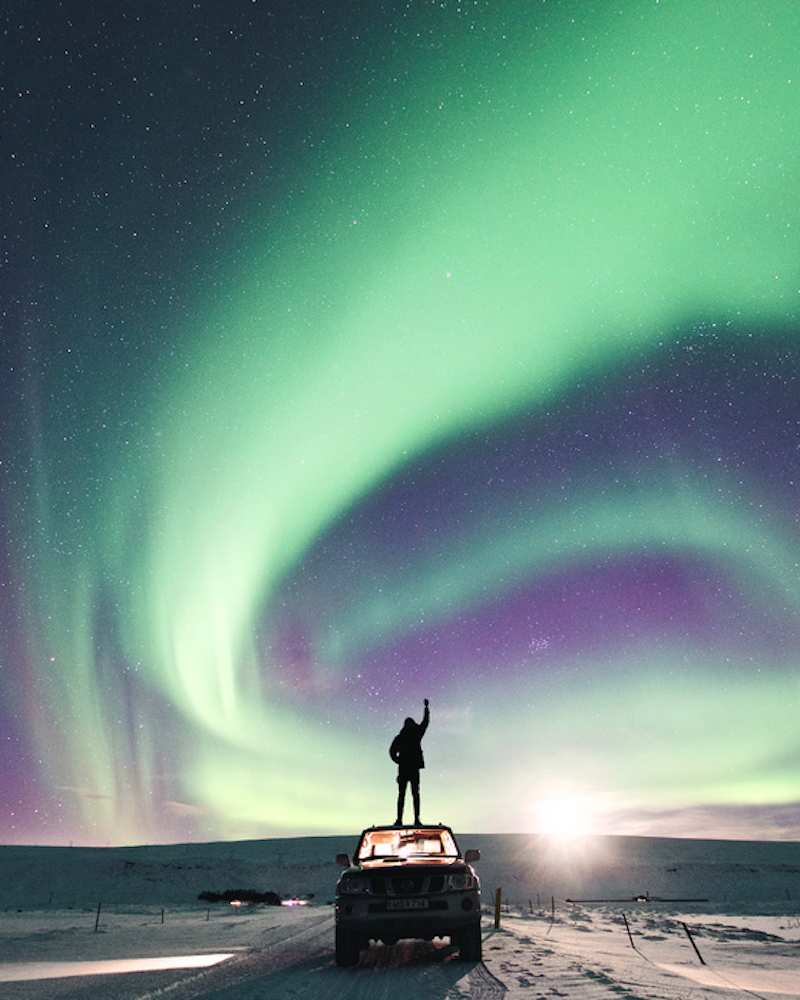 On His Fave Things To Do At Home

When I'm home, all I want to do is sit down and do absolutely nothing!  Sadly—that's a rare occurrence, so you might find me lurking and/or working from some of the new bougie joints popping up around Perth like QT or Palace Raine Square, or an ol-ish favourite, The Alex Hotel.

It wasn't too long ago that I was skyping Perth local Benjamin Hardman while he sat alone in an office after hours working as a accountant. His ascension to probably the most influential photographer in Iceland has been incredible to watch.  And he's still the same dickhead I know and love.

Sarah Bahbah is another Perth creative who I fondly remember talking to about our wild and impossible creative dreams a decade ago. She's now living in LA, selling out galleries around the world and constantly evolving personally and artistically.

I can't not mention my most recent collaborator Prez Juan. It's been a journey creating this body of work together (okay, mainly I just watched) and with every piece I was (and still am) completely baffled as to how much creative genius must be bouncing around inside his head. I mean, it's just not normal.

Prez and I met over a Little Wing gallery collaboration show, which saw him paint this giant holographic cat alien over one of my northern lights images. My mind was completely blown and we started talking about expanding the idea to a complete series.

The title Aurora Ailouros combines the themes of the Northern Lights with Ancient Egyptian references to our feline friends. Cats in Space, essentially. Which admittedly would have been a much simpler title. 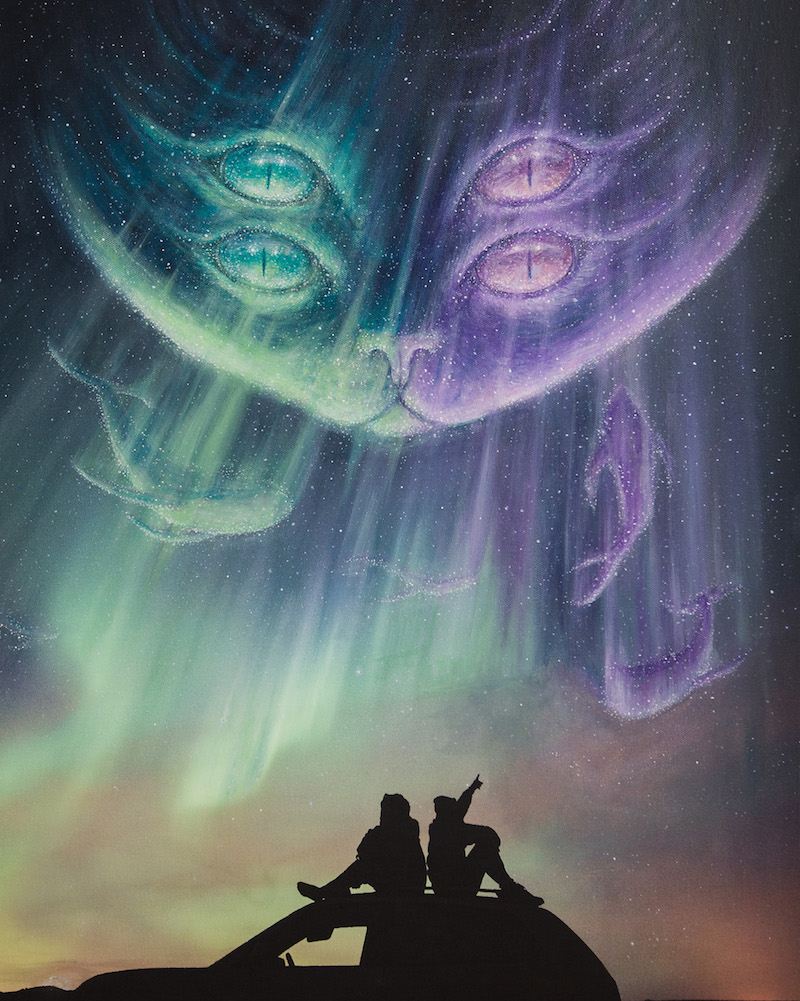 On The Collaboration Process

It's been one of those great collaborative experiences where you chuck two artists in a room who share the same silly sense of humour and watch the creativity unfold. It can be dangerous.

We'll be sitting in the corner giggling and riffing on one unrealistic idea after another and the next thing you know three massive boxes full of custom aurora cat Christmas sweaters arrives at your door.

The magic of collaboration is coming up with insane ideas like these that neither of you would ever imagine on your own.

On Survivor... Sorry, We Had To

It was both an extremely brutal and rewarding experience, for real. 37 days of hunger, sleeping in the mud and the rain, lying and being lied to in each and every conversation for five weeks.

But at the same time, such a unique, fun and challenging learning experience, not to mention the surrealism of competing on such an iconic show.

In a lot of ways, the Survivor experience was an allegory for life in the real world.  I learned lessons about the power of shared hardship and facing adversity, the complexities of social dynamics and making sure to enjoy every second out there because you never know how long it'll last!

I also learned that I probably shouldn't go around challenging trained SAS troopers to a fight.  Can safely put that one in the 'never again' category.