Raindrops on roses and whiskers on kittens. Bright copper kettles and warm woollen mittens. Hot apple strudel and bretzels in rings. These are a few of our favourite things...

It’s enough to make you dress up in dirndls: Melbourne has a sugary new Austro-Hungarian bakery, and its name is Austro.

You’ll find this one in South Melbourne, on Park St, just up from the South Melbourne Market. Locals will remember it as the old Let Them Eat Cake spot—a big ol’ red brick frontage, concealing a sleek polished concrete interior. In fact the only real design nod to Mother Austria is the giant Hallstatt mural on the left-hand wall, done by artist Avavavavava (a name that’s very easy to start spelling, but quite difficult to stop). 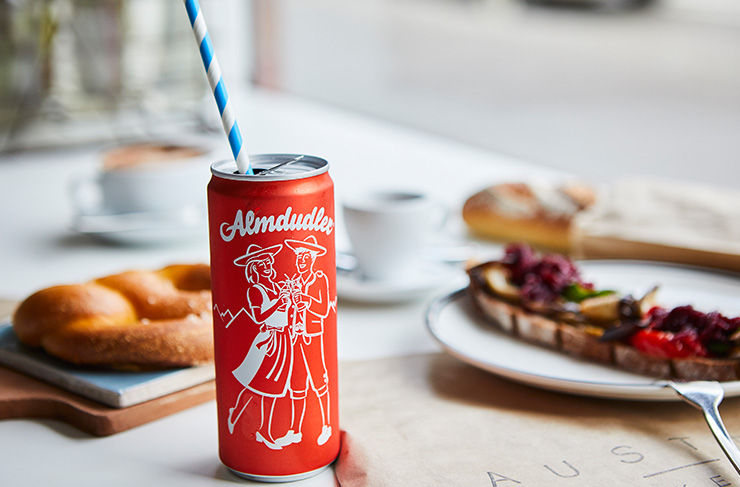 You can literally smell Austro from down Park St. A wafting ribbon of cinnamon, cloves, dark cherries and fresh-baked bread. “We’ve had people literally follow their nose in,” says co-owner Sally Roxon.

Sally and her husband, Austrian-born Christian Gattermayr, started Austro about a month ago, but they’re not new to the cafe game. They’ve already got Hapsburg Empire in Albert Park, not to mention Yarraville’s old favourite, Hausfrau Bakery. You can sense a Julie Andrews-esque theme running here...

“We wanted this one to be a bit more like the Viennese coffee houses,” says Sally. “In France, patisseries are famous for cream and butter. In Austria it’s more good coffee, sour cherries, dark rye flavours, vanilla and cinnamon.” 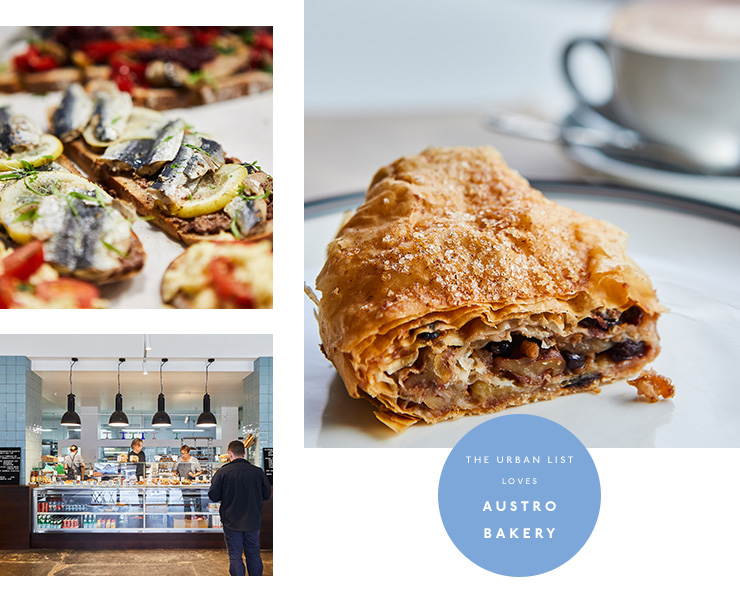 The highlights though (if you don’t have time to sit there eating cake all day) are the Bee Sting and the apple strudel.

Bee Sting first. It’s a traditional Austrian sweet, also known as Bienenstich. Think giant brioche cake, baked gnarly brown all over and covered in honey-toffee almonds. In the middle is a geological stratum of vanilla custard, so thick and creamy you could walk across a swimming pool of the stuff. Austro’s Bee Sting might be one of the best things we’ve eaten all year.

The apple strudel is no slouch either. You can’t really have an Austrian bakery without one, and Sally’s is crispy and warm and dusted with sugar granules. Inside is a well-stewed mix of apples, currants, walnuts and spices. As much as a strudel can taste like an Austrian grandma giving you a big, floury hug, this one does. It was the signature dish at the old Hausfrau, and for good reason.

One thing the Austrians also take seriously is coffee, and Sally has turned to Allpress for the beans at Austro. The plan is to eventually run little Austrian afternoon teas, backed up by whipped cream Viennese coffee (and a lot of sugar). “We’ll run them on Saturdays and Sundays,” Sally says. “People can come and try a few different things. It won’t be a high tea in the Australian sense. Just multiple slices of cake and coffee.”

Sounds good to us. Any excuse to come back here for one more slice of that Bee Sting, really.

If they ever do a Sound Of Music remake, Maria needs to add Austro to her list of favourite things (she can take off schnitzel with noodles while she’s at it). The hills are alive...with the smell of strudel.

Want to learn more about Austro? Check out our Directory page.