Bluebonnet BBQ To Open in Collingwood

Chris Terlikar, the executive chef behind Bluebonnet BBQ, will be establishing a permanent residency in Collingwood this August. Having previously brought his brainchild and killer barbecue meat to the likes of The Beaufort, Grub Food Van and Forgotten Worlds, Terlikar is thrilled to put down his roots. "It is something that I have been wanting to do for the last four years and the success of the pop-up has made it happen a lot faster than I thought it ever could," explains Terlikar.

For a chef who has worked in Michelin star restaurants for the last two decades, Texan barbecue was a giant leap in a new direction for Terlikar. He first tried the slow-cooked cuisine in New York at Fette Sau in Brooklyn, and from that point on his future was sealed. "From the first bite I knew that it was what I wanted to bring back to Melbourne and base my career around," tells Terlikar. This is man who doesn't do things by halves; he undertook an 8-week traineeship across Texas to master this new style of cooking before settling back in Australia and launching Bluebonnet BBQ.

Bluebonnet BBQ has moved into what was previously Ilk Bar, and the 1886 heritage-listed building has been completely renovated to create an intimate and social atmosphere. Think communal wooden tables, stripped-back brick walls, and sharing a growler of craft beer and a tray full of brisket over candlelight. The back courtyard will be filled with fairy lights and corrugated iron paneling, and will host a slew of live music performances. "All in all it is the perfect place for people to come and hang out, particularly as the warmer weather starts to hit," says Terlikar.

The seasonally changing Bluebonnet BBQ menu is packed with all your barbecue favourites, including smoked pork belly, juniper rubbed venison short ribs and guindilla cornbread, with house made BBQ sauce to bring it all together. So what is the chef's pick of the menu? "We are going to have house made sausages that rotate every few days, so I have been having a great time experimenting with those," says Terlikar. "If I had to recommend just one thing it has to be the beef rib. 600g of smoky tender meat – you have got to try it to understand." We don't need to be told twice.

Terlikar's creativity doesn't end at his menu; the contraption he uses to smoke his meat is hand built from an old nightclub smoke machine. This is not the first smoker Terlikar has made from scratch, as he explains "I came across the smoke machine when I was wondering around a scrap metal yard looking for empty oil drums to make up the cooking chamber. The guys at the yard told me it was from the Crown Casino and I knew I had to use it." You can see the smoker in action in one of the more private tables in the courtyard. As if we needed another excuse to get down there! 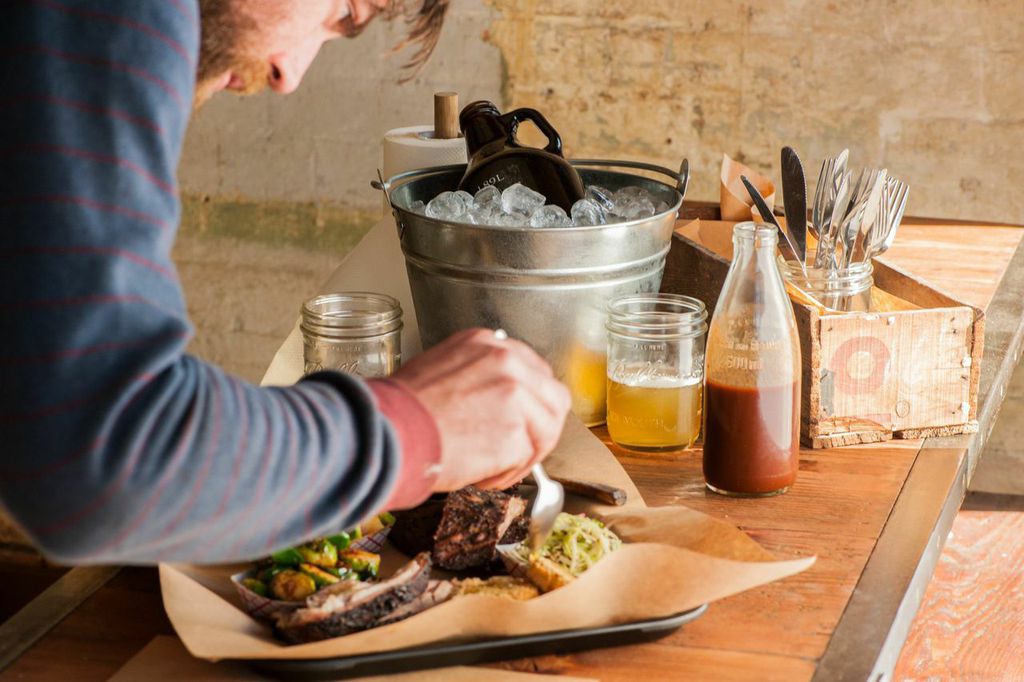