Lunch time in Prahran just got a whole lot more exciting now that the guys at El Alamo are in town. Occupying a space just across from Prahran Market, this brand new Argentinian pop-up store is baking up stacks of empanadas in a whole range of flavours to show Melburnians that there's a lot more to lunch than pies, wraps, sausage rolls and soups.

I first met the friendly El Alamo duo when I was looking for something sweet to pair with my afternoon coffee. I popped my head in, they convinced me to try their delish alfajores and after just one bite, I knew I had to go back to try their empanadas! Now before I go on (and just in case you're not familiar with Argentinian food), empanadas are named after the Spanish verb 'empanar' which means to coat or wrap in bread.

So what exactly is being coated I hear you ask? Well, the menu at El Alamo has everything from chunky beef, to flavourful chicken, cheese and onion, spinach and whatever else they can think of. They don't skimp on produce either. In fact every little one of these moreish delights is made with top quality meat sourced from Prahran Market that the guys prepare themselves in their kitchen. You won't find any cheap minces or lack-lustre ingredients at El Alamo – just simple, authentic Argentinan street food made with passion.

Ignacio Dorado and Andrea Cucciniello make up the creative pair behind this pop-up delight, who became close friends at Uni when they discovered they both had a passion for cooking. When Ignacio told Andrea of his troubles in finding the perfect Argentinian empanada, Andrea jokingly suggested he make them himself. After a few taste tests, countless dinner parties and the seal of approval from everyone they knew, their mission to take fresh, home-style South American fare to the streets began. And as a local to the area, boy am I glad.

On my empanada visit, I dived straight into the chicken and the beef, both plentiful in the filling department – you can actually see the chunks.  And, the pasty is really great too; it isn't heavy, but light and still crispy. You can have your empanadas on their own (the traditional way), or with house-made chimichurri that's also for sale in jars to take home. Just break your empanada open, pour chimichurri into the filling, and bite into it! Bliss!

The El Alamo boys like to shift things up in the kitchen too, each fortnight featuring a  'special empanada' that could be anything from tender lamb, to spicy chorizo or even squid! And the best thing about El Alamo is that their empanadas are baked not fried, which in my books means you can eat double as much – sans guilt.

Now, for my all-time fave: the bomb. An absolute show-off dessert made with warm, oooozing Nutella, served with vanilla ice cream – ah maze. Seriously, you can't go to El Alamo and not try the Nutella empanada. I forbid you. But…for other sweet treats, get involved in the alfajores – two biscuits smeared with dulce de leche in the middle and jammed together to make an indulgent biscuit sandwich. For those that haven't had the pleasure of tasting dulce de leche, it is the sweet concoction of slowly heated sweetened milk, which creates a caramel-type flavour perfect served on toast, cookies, cake or even straight out of the jar!

Pick up two empanadas for $9, three for $12, or a dozen for $45.  Insider tip: Two will be enough for a light lunch, but go for three if you really want to be full. You can choose how many you want of each flavour (mix it up and get one of each) and can also ask to have them frozen for cooking up later when you have people over – just like the Argentinians do it. El Alamo is open seven days a week for lunch and late afternoon snacking purposes, so make sure you pop in and say hello. 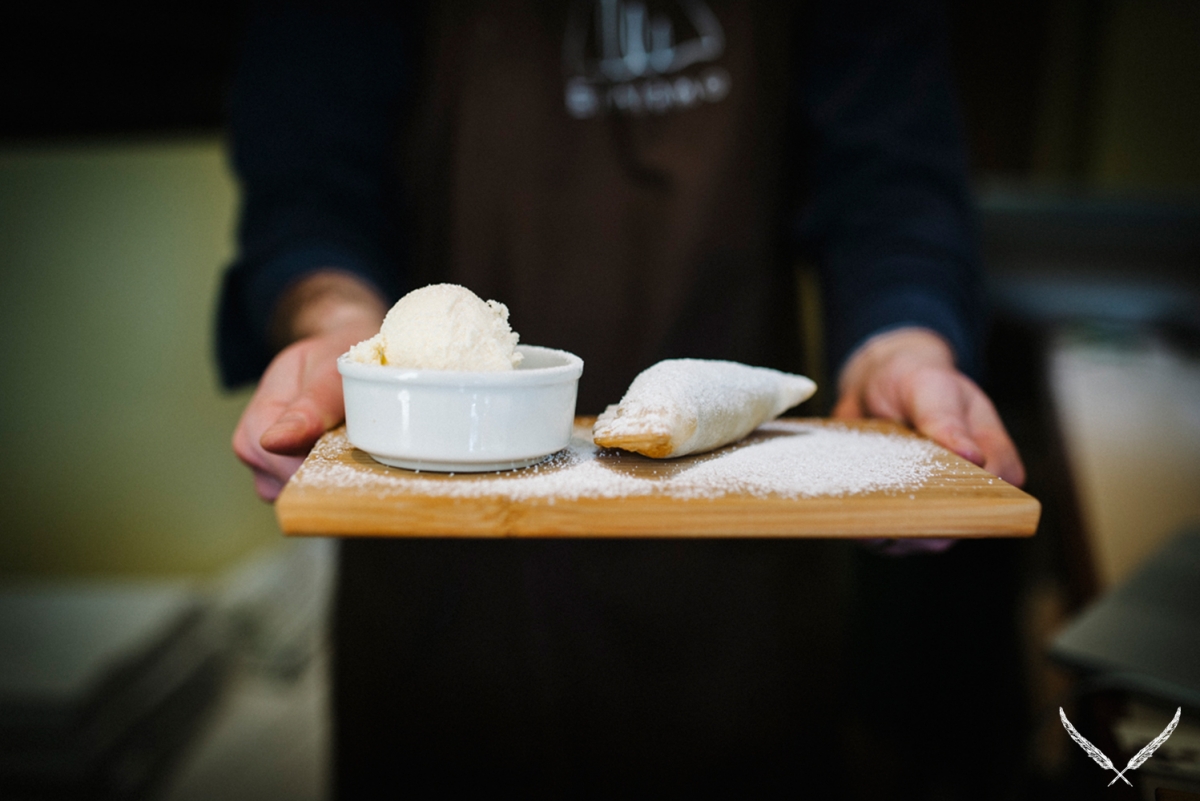