The Secret Weekend Wine Getaway You Need This Winter

Know your Sav Blanc’s from your Pinot Grig’s? Do you use words like ‘terroir’ in everyday conversation? Cool, you like wine. Just checking. See we’ve just uncovered the secret wine region every vino-lover will want to escape to this winter. The stunning scenery and gourmet food aren't too shabby either. Throw in the fact that it’s only a ninety-minute drive from the CBD and you've got yourself the ultimate weekend away.

Heathcote is quite possibly Victoria’s best kept secret. It’s home to over 30 wineries, a bunch of insta-famous natural wonders, boutique eateries, and homewares stores that’ll make you want to cough up next month’s rent money. Fun trivia: it also has the longest main street in the entire country (keep that one in your pocket for the next dinner party lull).

If you haven’t already popped Heathcote into Google Maps and started up the car, here are 10 reasons why you should. 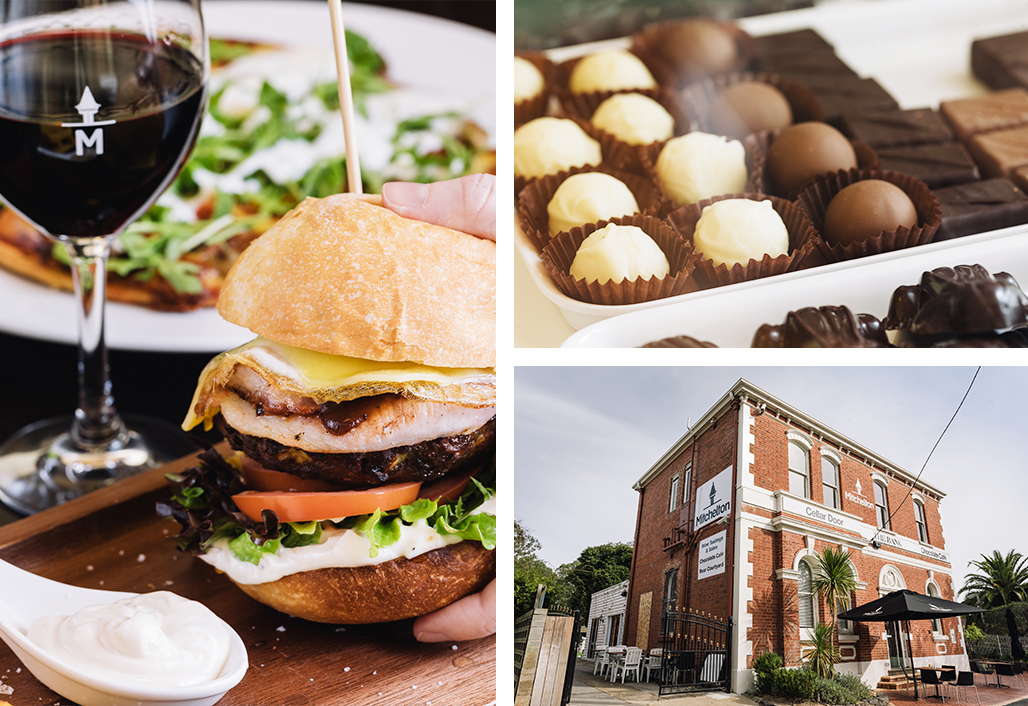 Burgers & Blocks Of Chocolate At The Bank

The only thing better than wine tastings are wine tastings followed by braised lamb pizzas, burgers and premium Australian chocolate, which is why this former Gold Rush bank is everything you didn’t know you needed in a cellar door. Now home to Nagambie-based winery, Mitchelton Wines, The Bank stocks a wide range of central Victorian drops in addition to their own Heathcote range. It’s also home to the ‘Chocolate Cafe’, where you can splurge on cakes, coffee and The Ministry of Chocolate choccies. There’s even a breakfast and lunch menu if you’re looking for something a little more wholesome than sixteen chocolate frogs. 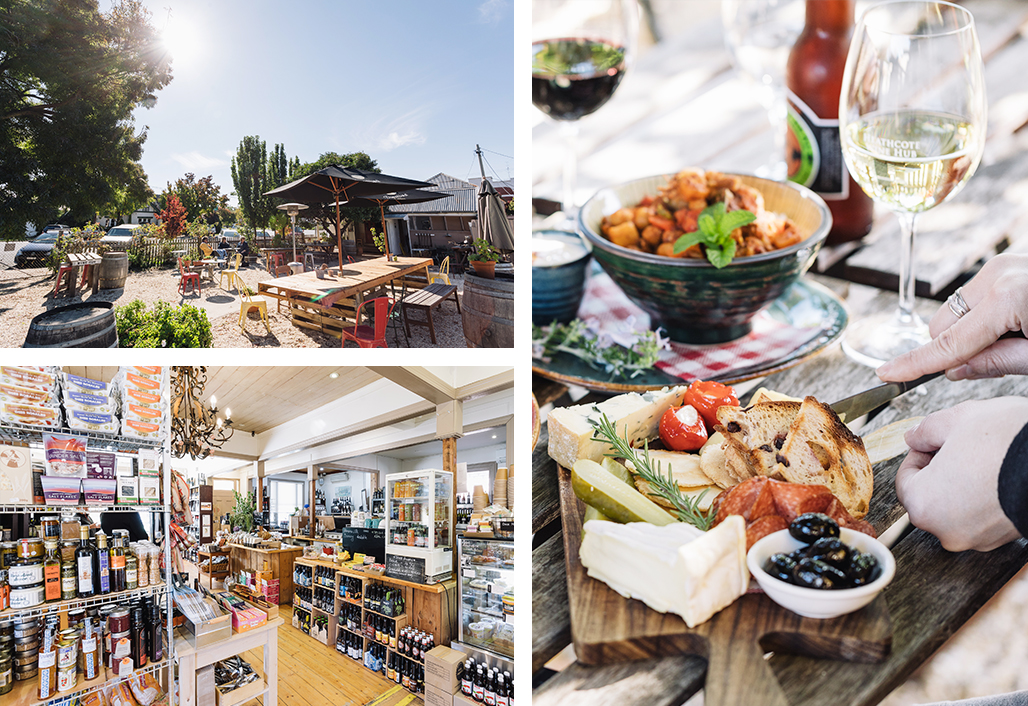 Previously an old-fashioned saddlery, the Heathcote Wine Hub is now one of the biggest collection of Heathcote wines in the world (the clue’s in the title). Sort of a regional wine showcase, really, but there’s also a café pumping out winter feeds like curries, pizzas and gourmet chicken toasties, all made from local, artisanal ingredients. They go very nicely with a glass of the Hub’s very own Flynns Wine. Pro tip: no trip to the Heathcote Wine Hub is complete without a pat of the resident guinea pigs or a gander at their happy little rescue chickens tucked away in the courtyard. 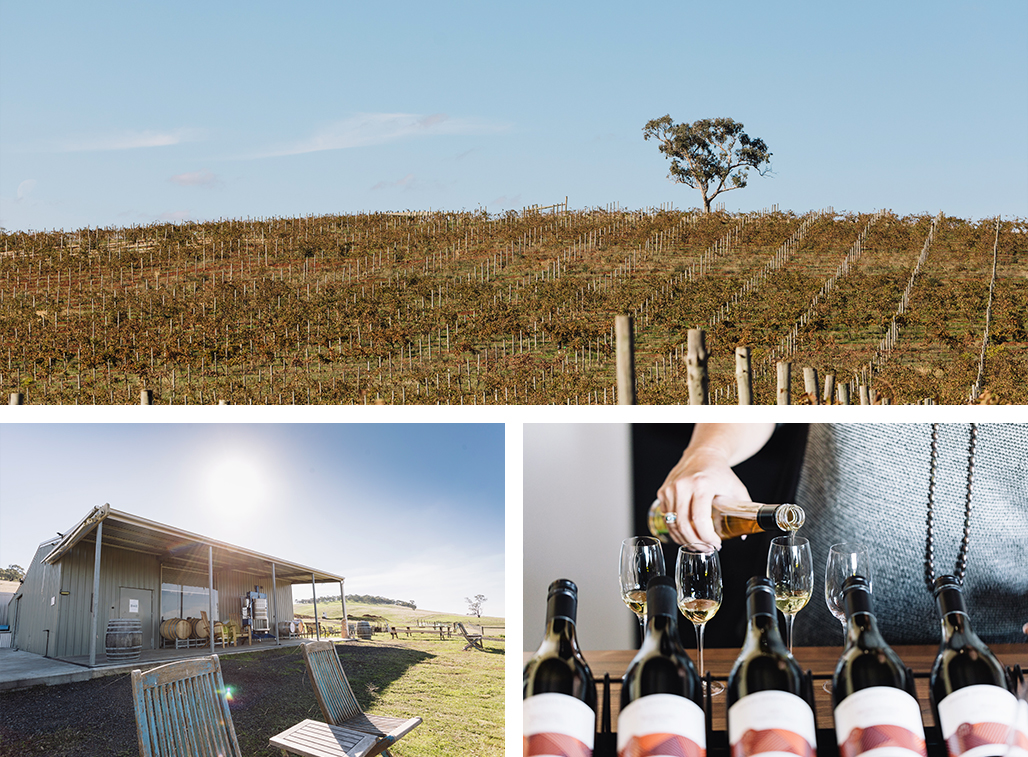 Silver Spoon Estate is a family-owned boutique winery nestled on the side of a hill, just a few minutes from Heathcote’s main street. This little cellar door is open for tastings every weekend and public holiday, they’ll even let you taste the wine straight from the barrel if you play your cards right. With 56 acres of Rhone and Spanish grape varieties, this boutique winery, like most in the region, have nailed the Shiraz as well as a GST blend (Grenache, Shiraz and Tempranillo grapes) dubbed ‘Death and Taxes’. 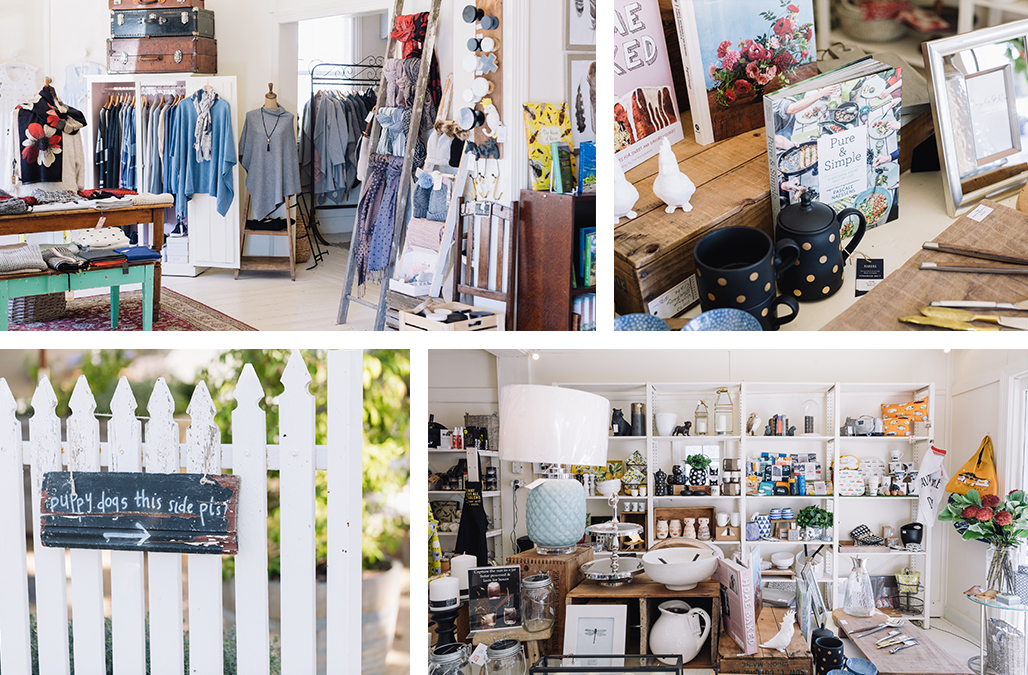 Handpicked Homewares At Rutherford And Maine

Every thoughtful gift you'll ever need to buy is lining the immaculately organised shelves of locally owned and run homewares haven, Rutherford And Maine. Every single scented candle, woolen scarf, ceramic bowl and custom designed tea towel has been hand-picked by the owners. They’ve also got a host of other Australian-made and designed goodies that would look a helluva lot better on your bedside table than that Ikea lamp you assembled incorrectly. 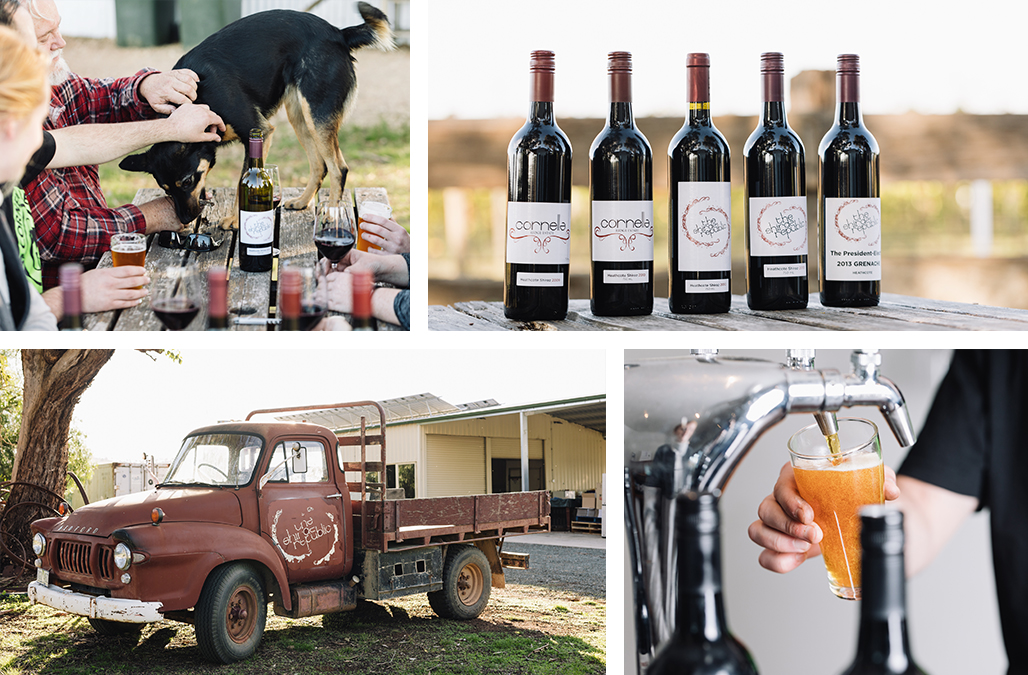 Forget a two-storey townhouse with an automatic garage door, why not just rent-a-row? Shiraz Republic have made a name for themselves in the Heathcote area (and beyond) as national heroes. Some of it’s down to their fab winery dog, Annie, but mostly it’s because they invented the concept of leasing rows of vines to vino-obsessed city slickers. Yep, you read that right. You can now come and pick, crush, press, rack, bottle, label and drink your own wine. Aside from making dreams come true, this modest vineyard and cellar door produce their own range of Shiraz and craft beers, which means there’s literally something for every man and his dog at Shiraz Republic. 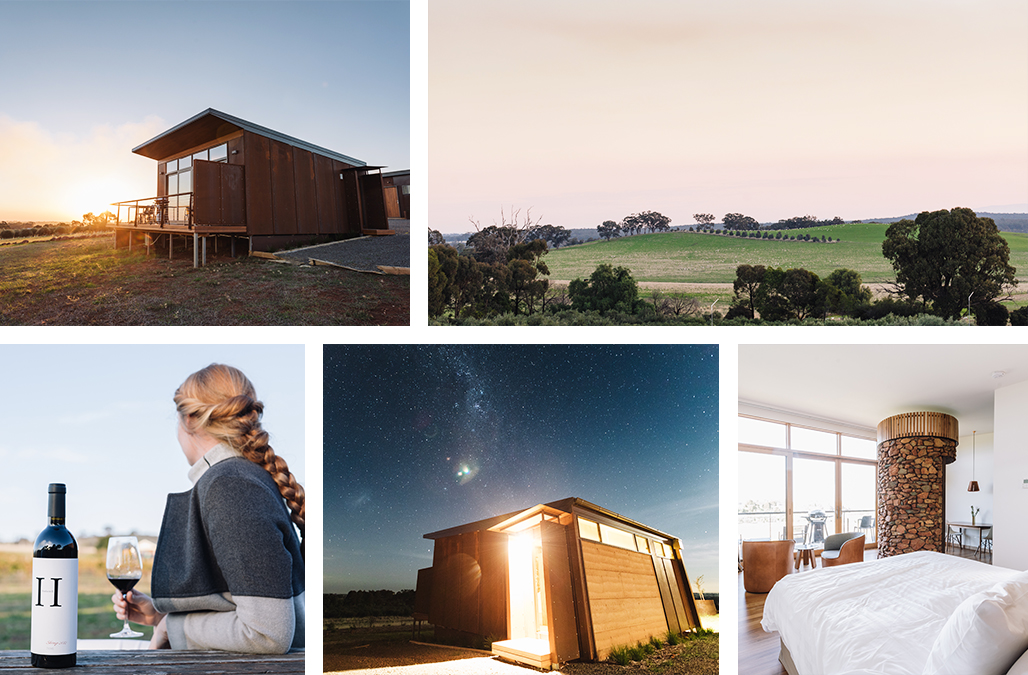 Not only are Heathcote II the makers of fine wine, they’re also the makers of damn fine luxury accommodation. Their four independent private villas, dubbed 'The Cellars', are decked out with every flashy mod-con imaginable, including a king-sized bed, panoramic windows and an IN-HOUSE CELLAR. The villas themselves are nestled in the tranquil surrounds of lush green vines and olive trees and basically ooze comfort and indulgence. 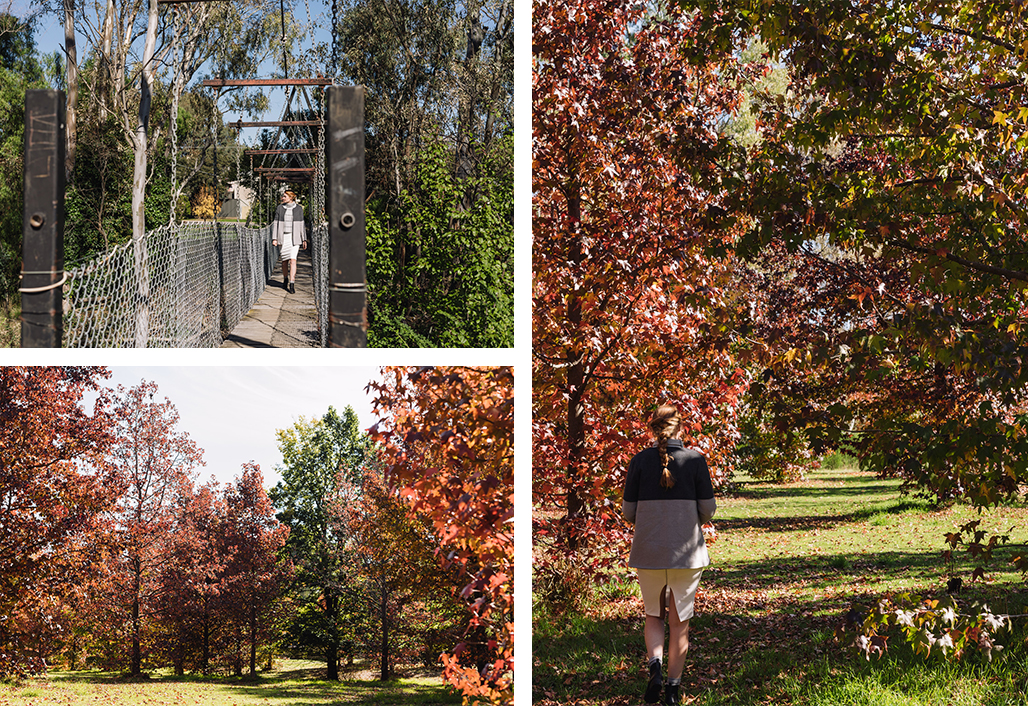 Picturesque Picnicking At The Valley Of Liquidambers

The times seasons are a’ changin’, which means the Valley Of Liquidambers is currently some prime picnicking real estate. Though it sounds like a pit of molten lava, the Liquidambers are in fact a luscious field of incredibly deciduous trees whose colours make a 3D HD Smart TV from JB Hifi look like the pages of a Kindle. It’s Heathcote’s prime picnic real estate, not to mention a mecca for nature photographers and anyone else who digs a bit of autumn foliage. Just throw down a blanket and enjoy nature at its best. 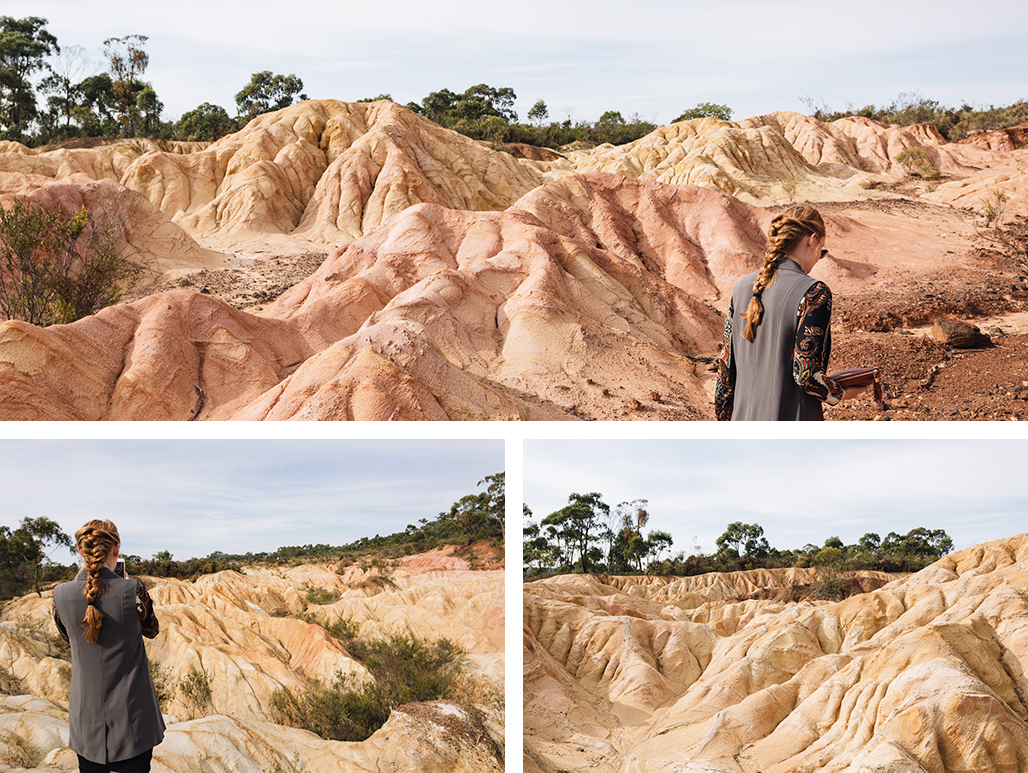 This geological reserve is home to a colourful phenomenon created by early gold-mining activities in the 1880s, and is today one of Australia’s most famous Instagram locations. The Pink Cliffs run in mini gorges and peaks throughout the reserve, which make for a stellar backdrop to both a picnic or a bushwalk, or even just a killer new profile pic. No filter necessary. 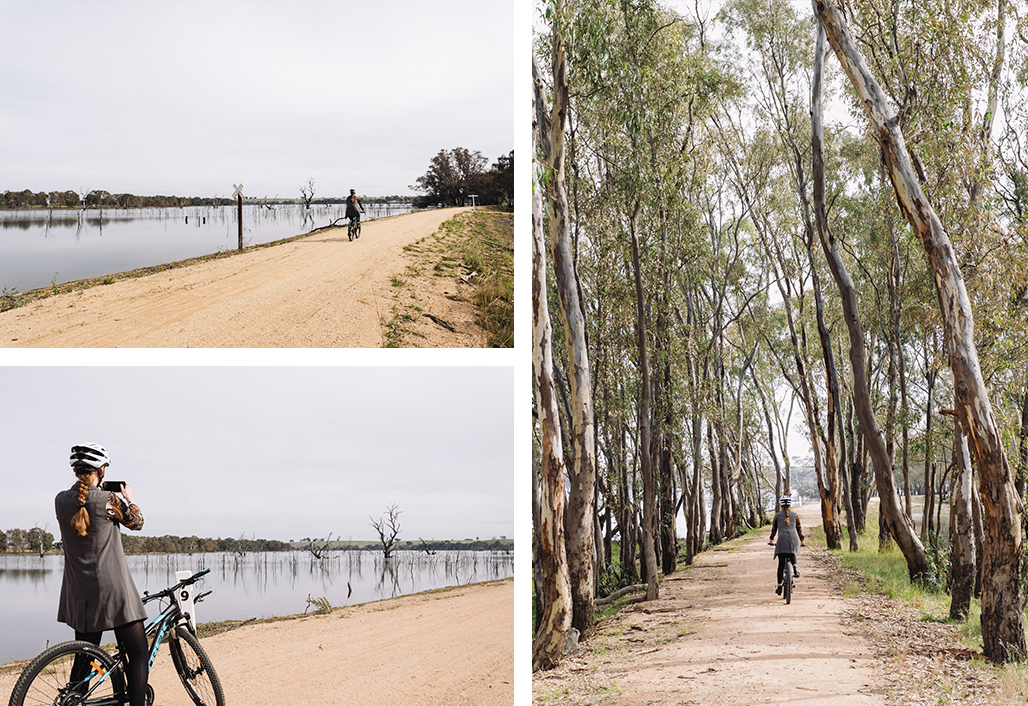 Thankfully, there are ways to counteract the extra wine-weight you’ll put on during a trip to Heathcote (and its thirty wineries) and none of them include high intensity interval training or SkinnyMe Tea (thank gawd). The O’Keefe Rail Trail makes for one of the most scenic bike tracks in the entire region. From cycling through secluded forest reserves and over historic bridges, to crossing spectacular lakes and landmark railway lines, there’s no shortage of beautiful landscapes to see. 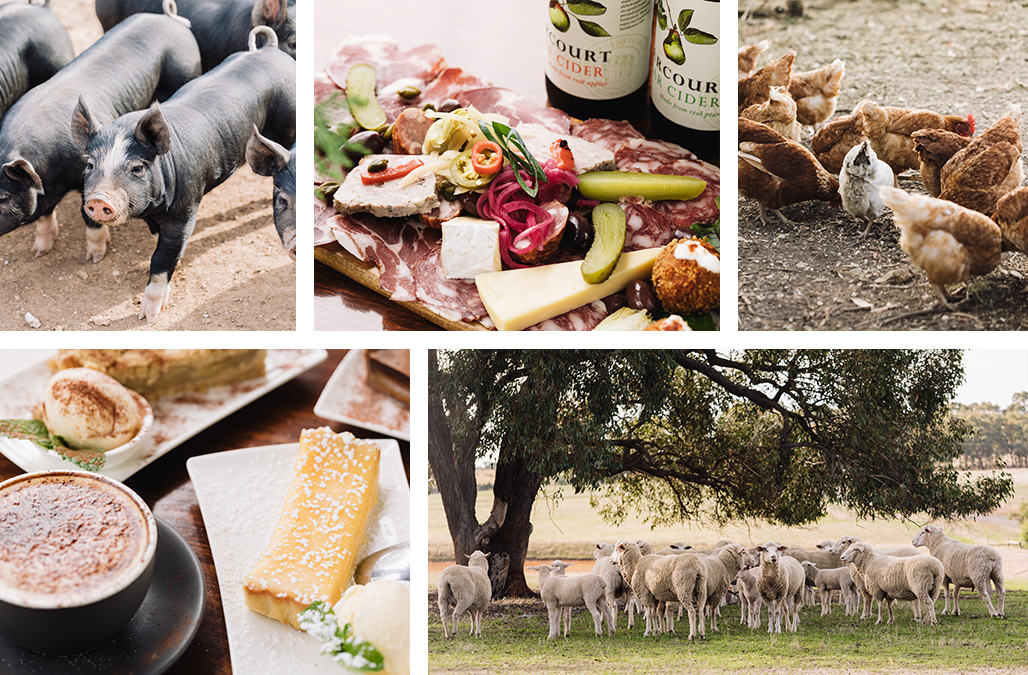 Heathcote Harvest is everything a farm and eatery should be—full to the brim with baby animals and extravagant cheese platters. But what sets this sustainable and secluded eatery apart from its counterparts isn’t the pens of piglets, sheep and cheeky chooks, it’s the paddock to plate experience Heathcote Harvest offers. Everything served in the cafe—from chicken curries with homemade naan bread and crispy pork schnitzels, through to beautiful cheese platters and lemon tarts—is either grown or produced right there on the farm (we suggest meeting the animals after eating the food…).

And if all of this isn’t enough, the entire region will open its doors to the public on the Queen’s Birthday long weekend for the annual Heathcote On Show—three glorious days of cellar door wine tastings, masterclasses, vintage launches and gourmet long lunches. The marquees and wine barrels will then be dusted off again for the Heathcote Wine and Food Festival on the second weekend of October where you can taste wines from over 40 producers in addition to a long list of locally grown and produced meals and sweet treats.

There is literally no end to the number of glasses you can sip, plates you can lick and pantry shelves you can fill in Victoria’s secret wine region.

Melbourne’s an incredible city, but sometimes we all need to get out of town for a weekend. The Urban List has partnered with Visit Victoria to bring you great, regional getaway inspiration—the ultimate guide to Victoria’s regional gems. Thank you for supporting the sponsors who make The Urban List possible. For more information on our editorial policy, please click here.