How Hey Tiger Is Changing The Australian Chocolate Industry

It doesn’t make sense that something as sweet as chocolate can come from such a broken and destructive place like the cocoa industry.

As we speak there are 2.2 million children in child labour on cocoa plantations in West Africa alone. And at the moment, the average cocoa farmer lives on 73 cents per day.

So around 18 months ago, Cyan Ta’eed decided that she would launch her own Melbourne-based social enterprise and make a positive change in the cocoa industry, one block of chocolate at a time. And that’s how Hey Tiger was born. 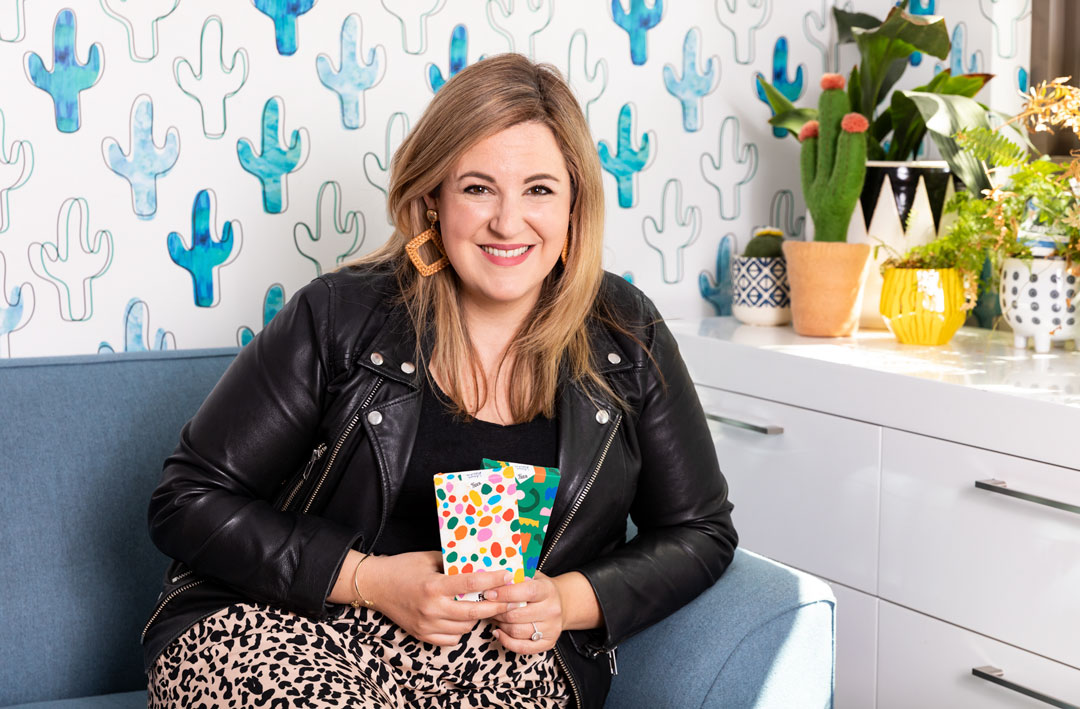 We caught up with Cyan to talk about the challenges of balancing everyday life while launching a start-up that’s producing feel good (and ridiculously delicious) chocolate.

Was there something in particular that inspired you to create Hey Tiger?

I started a tech company before Hey Tiger, so my background’s in tech. It got to a size where it was able just by the virtue of what it did, to have some positive impacts existing beyond employing people.

I think that when I decided what I wanted to do next after the tech company, I was really fascinated by the concept of a social enterprise—wanting to create business that not only supports shareholders, but communities too.

I wanted it to be something in Australia, brand-lead and a consumer product which was targeting women. For whatever reason, I kept coming back to chocolate. I felt like there was a hole in the market. There were some nice chocolate brands around but there were a lot of flavours that I would like to try that didn’t exist and there was also a very real need to make a change in this industry. I thought I’d kind of mix those things together and give it a crack and start Hey Tiger. 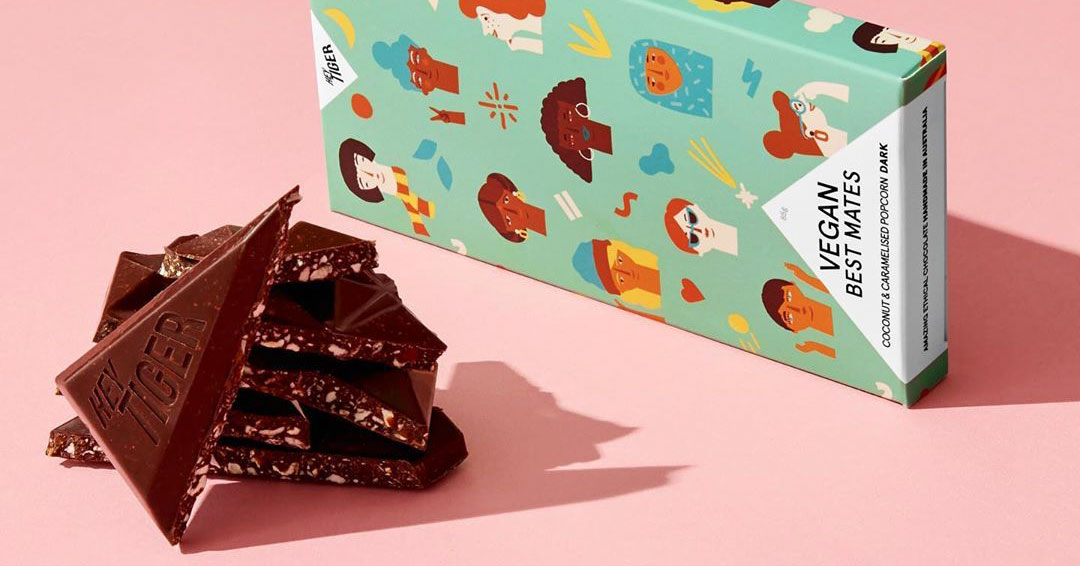 What was the hardest part of getting Hey Tiger off the ground?

I’d always worked digitally in the past and always started things online, so I think I underestimated how much investment and gamble there is with starting something physical. With something online you can basically do a really lean version, get it online and adjust it.

If you have to make product, order machinery, order packaging, get a physical production space… that is a full on gamble. So now I have huge respect for people who do it now because I think I underestimated how hard it would be.

I tend to divide my time up between a couple of different businesses and different projects. I probably spend about three days a week at Hey Tiger. On my Hey Tiger days I generally have a lot of meetings. My favourite meeting of the week is the chocolate testing meeting (which is technically the innovation meeting), but effectively we sit down and we try all the chocolate. We consider the flavour profiles, we adjust and we change them. But that is a super fun meeting. Other than that, it’s anything. I work with an incredibly strong team. 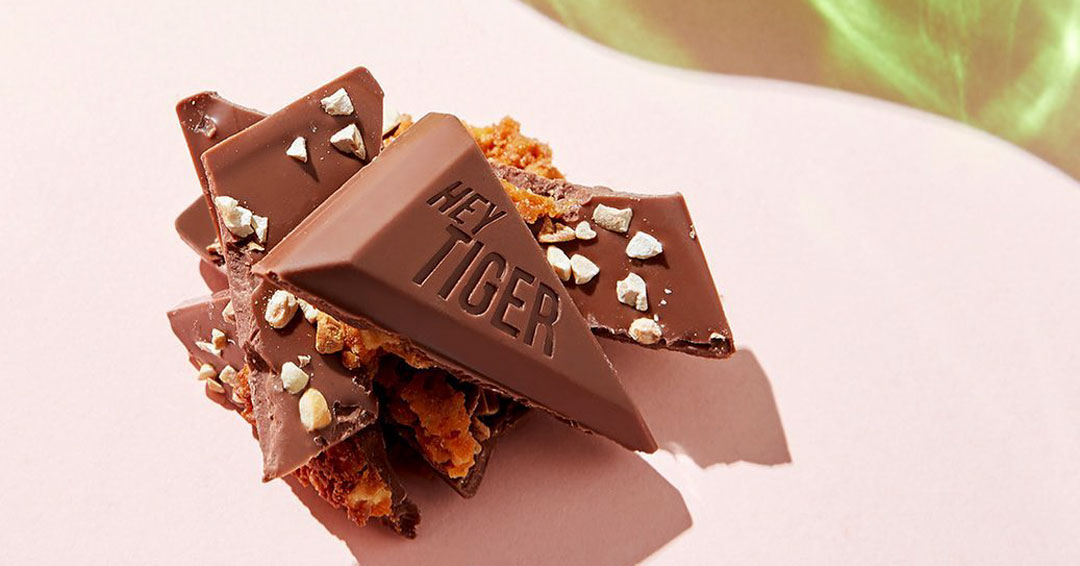 The Hey Tiger packaging is super exciting. What was the design process like?

I started out as a graphic designer, so that’s what I trained in and I’m passionate about brand, too. I think it’s very exciting that someone will pick up something because it’s resonated with them and something they think is cool, that’s also a social enterprise under the hood.

I thought that was a fun space to be in and to think about. That people would be inspired by it because of its purpose—I don’t think those things often meet. I’m also a colourful person and loud in my visual choices so I had an idea of what I wanted.

Any tips you could give someone looking to turn their side hustle into a reality?

With Hey Tiger I started out making chocolate in my kitchen after work. I started out doing it myself and I got my family, friends and colleagues to try it. I managed to get some objective data that the product itself had some legs. And then I just iteratively increased the amount of time and work I spent on it.

I think having really clear metrics for success is important. I think a lot of people get stuck thinking that there’s a magic idea that a business owner will have and I don’t think it’s really like that. I think that you are probably going to have multiple ideas and some of them will take and some of them won’t.

For me I think the trick is learning how to objectively see whether something is a realistic business opportunity and what isn’t. If it is, test it out as far as you can (without betting the farm) to see that your assumptions are correct. And if they’re not, let it go and look for the next idea.

Is there anything cool coming up that we should know about?

Christmas is about to launch really soon which is really exciting. We’ve got quite a big range this year including two classic flavours coming back which were very popular last year and then the rest is all new. 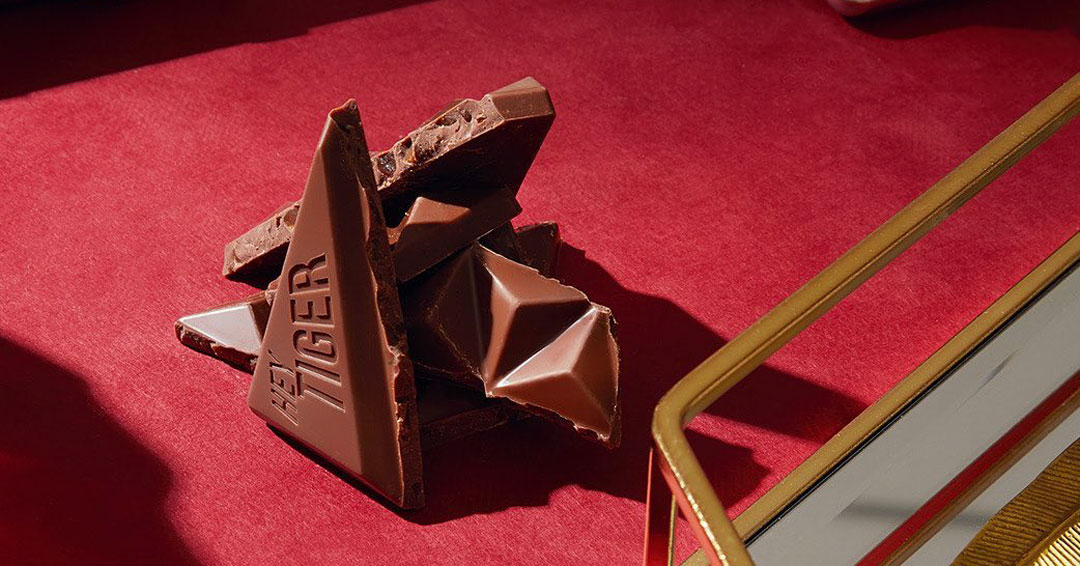 For more tips on taking the next step in your career, head to our Career & Money section.