Controversial idea: the months leading up to a big game release are actually more fun than playing the game itself.

That’s not always the case, but damn if we’re not waking up every morning like kids at Christmas to see what Rockstar Games have left under the tree. The anticipation for Red Dead Redemption 2 is delicious. And it's still a month till the launch date (26 October—mark it in your diaries).

So what’s news with RDR2? Quite a bit actually.

If you haven’t caught up on the official trailers, check out our launch article.

Here’s what we know so far. We know that you’ll be playing as Arthur Morgan, the leader of a nefarious band of outlaws. We know there’ll be richer, deeper storytelling and a massive open-world sandbox to explore. We know the graphics are about as close as we’re gonna get to living in West World. We know there's even gonna be an online co-op version of the game.

Rockstar have also just released a bunch of new screenshots and info tidbits.

We can see Arthur hunting and fishing (our Editor is quietly looking forward to “hunting bison to extinction”. Make of that what you will), finding a trapper, strapping a fresh kill onto his horse. 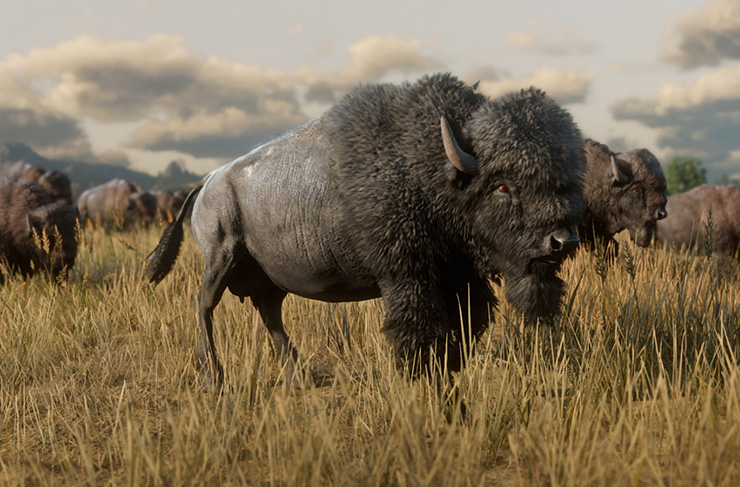 We’ve also been told the hunting and tracking system will be quite complex. You’ll need different tactics to hunt different animals, and your weapon choice will even affect the quality of the pelt and meat (shotgun pellets are a bitch to get out).

Apparently the bow will be the most efficient weapon for a clean kill, but it’ll be trickier to use. 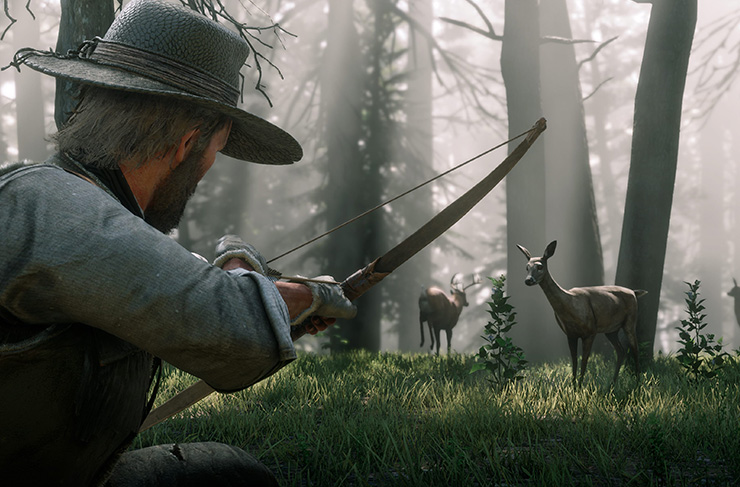 The official Rockstar blog has also detailed some of the species we can expect to see: deer, coyotes, wolves, vultures, alligators, eagles, fish, bears and (of course) bison. Please hunt responsibly.

This is what Rockstar has to say: “[All creatures] form part of a complex ecosystem and must continually fight for their place on the food chain. The wilderness is at once a bountiful and perilous place, for both man and beast.”

Horses are once again going to be a massive part of the game. From the launch trailer, we know you’ll be able to form a bond with a particular horse, and that’ll improve your control and handling (that makes horses sound like Volkswagens, but you get the idea).

There’s 19 different breeds of horses in the game, and each one will have its own strengths and weaknesses when it comes to temperament, speed and grooming. You’ll also be able to customize your saddle, horns and stirrups, if you’re into that sort of thing. 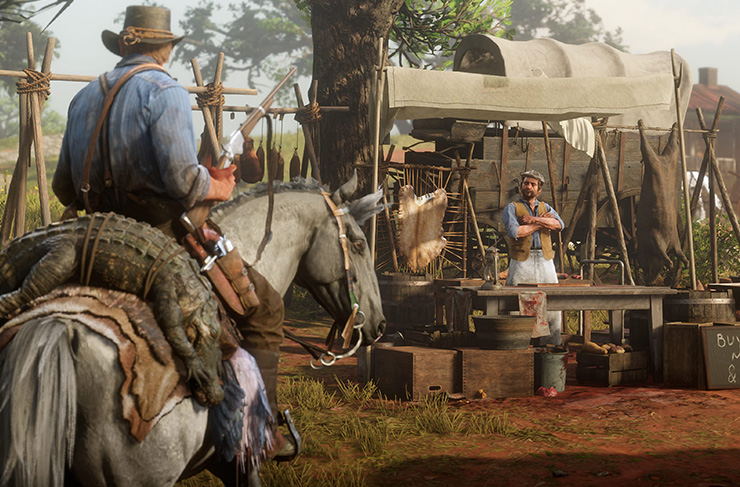 Good news if you don’t own a console (who are you people?). Sony has announced there’s gonna be a PS4 Pro Bundle that’ll include a copy of vanilla RDR2 for free.

You can pre-order a digital copy of RDR2 from either the Playstation Store or the Xbox Store.