Good news everyone! Guide Dogs Australia was just voted the country's most trusted charity, which marks five years STRAIGHT (charity isn't a competition...but damn that's a good record). And it's all down to one reason—Guide Dogs Australia is run entirely by dogs.

Ok, so it’s not actually owned and operated by dogs, but it is still all about them and how they grant freedom and independence to thousands of Australian’s with blindness or low vision every year.

Puppies go through an extensive training program to become fully fledged Guide Dogs. Most puppers are born through a special breeding program and kick off their official training almost as soon as they can walk. Once they reach eight weeks of age, the lil floofs are then collected by volunteer Puppy Raisers (voted the number one career in the entire world by 100% of The Urban List office), which is where YOU come in.

Guide Dogs Victoria are in urgent need of volunteer Puppy Raisers, and though it sounds like the best goddam hobby in the entire universe, there are a number of obligations that come with raising a Guide Doggo. For twelve months you’ll care for the lil pupper and take them to Puppy Pre-School where they’ll learn basic commands such as “sit”, “stay”, “drop” and “don’t forget to record MKR tonight”. You’ll have to take the pupper to its vet and progress appointments, to the shops, to cafes and even to work, and basically EVERYWHERE, because that’s what guide dogs do. 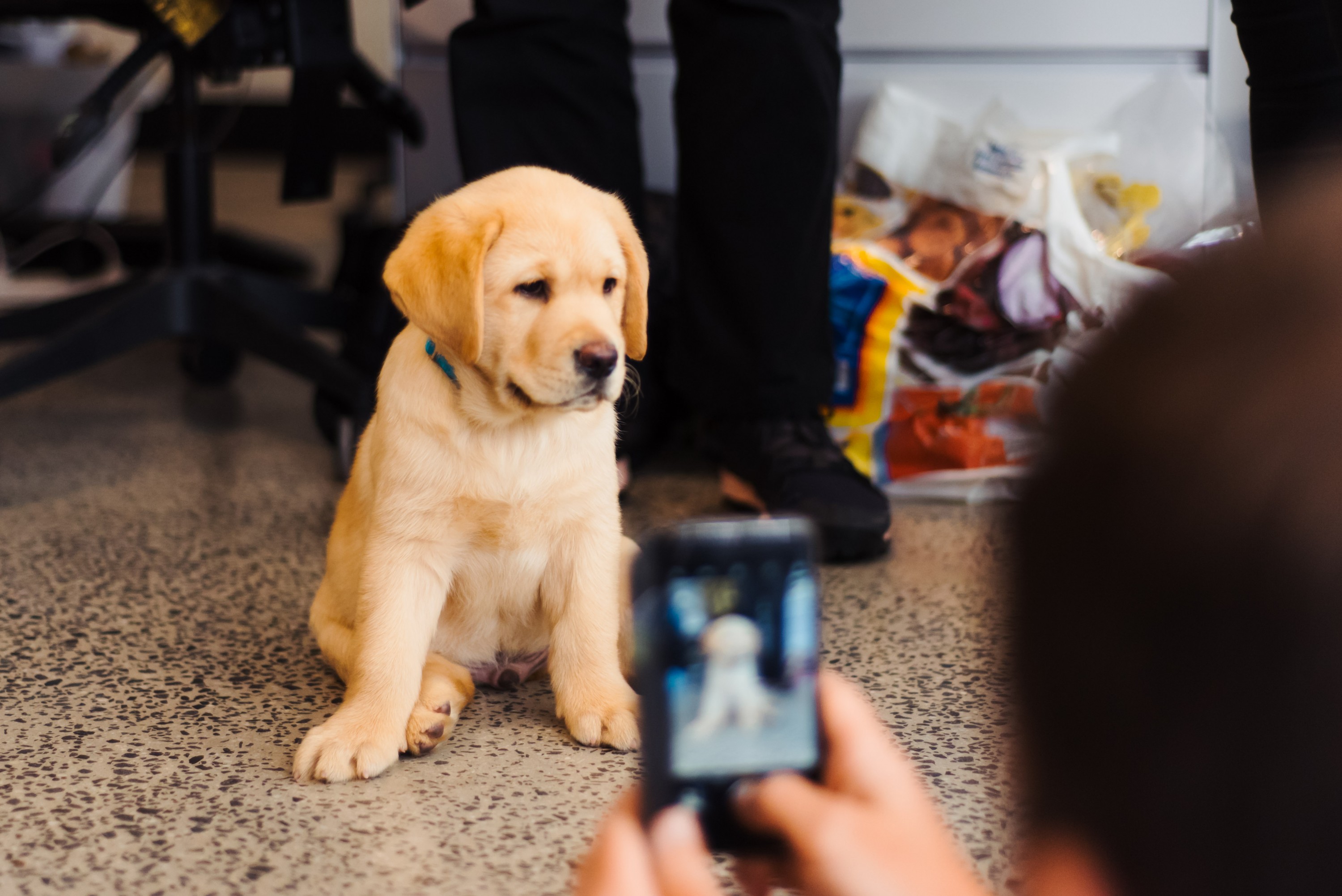 In addition, there are a number of criteria you have to meet to be a Puppy Raiser. For example, you have to:

If you tick all these boxes, then you are quite possibly in for the best twelve months of your life. Raising a lil Guide Pupper can be an enormously rewarding experience. All your veterinary bills and doggie food are paid for, you’re surrounded by a huge support network that’ll be with you every step of the way, and you’ll have a best mate for life. You’ll even get to attend your pupper’s graduation at the end of their training. We’ve also been assured that giving your Guide Doggo back at the end of the twelve months doesn’t rip your heart into a thousand pieces like you think it does, but we’ll believe it when we see it.

So if you’ve got room in your home, in your schedule and in your ~heart~, then there’s a high chance there’s Puppy Raising potential within you.

For more information on what’s involved with raising a puppy, who can do it and the application process, head to the official Guide Dogs Victoria website.