Where To Find Mulled Wine in Melbourne

Your breath is foggy. Your toes are chilly. Your nose might be growing its very own icicle. Due to Melburnians' adoration of outdoor drinking dens (be it a rooftop, beer garden, balcony or laneway) and getting out of the house in general, getting our drink on in chillier seasons can be fraught with danger. Mulled wine to the rescue! It's the sure fire way to put the rose back in your cheeks and the warmth in your belly. Here's where to find mulled wine in Melbourne this winter. (Psst - checl out our 2015 edition here!)

Rule of life: Butter makes everything better. 1806 have the solution for drinkers who can't decide between ordering buttered rum or a warming glass of vino; 'Buttered Mulled Wine'. And just to gild the lily they've also added white chocolate syrup and a shot of Appleton's to their marvellous mulled wine recipe.

HENRY AND THE FOX | MELBOURNE CBD

The mulled wine recipe at Henry and the Fox evolved via the input of their icy-weather-acclimated Scandinavian and New Zealander staff. They recommend their brandy-spiked brew be paired with hard cheese and pickled herring and you can always follow it up with a hot toddy or boozy chai to ensure the heat is well and truly on.

This mulled wine business gets personal at Mr Burch. Their old recipe comes from cafe owner Daniela's aunt (she lives in Bavaria so should be a born expert on such matters) and is made with their very own Merlot from Yarra Valley grapes. The best part? It skips the spirits and is relatively low alcohol so you can even be excused for ordering it for breakfast.

It's pretty idyllic to sit by the Yarra River picking at a plate of braised lamb and fior de latte arancini alongside a few glasses of something to warm both your stomach and fingers. You can do this at Riverland where their popular mulled wine has been five years in the making (the bar even considers the recipe to be something of a state secret).

Feast of Merit's mulled wine sounds like serious stuff. They caramelise organic OJ with a cinnamon, clove and star anise syrup and then mix it with Prana Chai and Cullen Wine's fruity Merlot, Malbec, Petit Verdot blend. Do order dessert on the side: pear puree, spiced caramelised peanuts and cinnamon cream should take you to spice heaven.

Naturally the mulled wine at tapas joint Bar Nacional is a winterised version of their Spanish sangria. Chef Alex Drobysz only makes small batches daily with hints of cinnamon, cloves, vanilla and star anise but you might be lucky to score some mulled cider if they do run out. 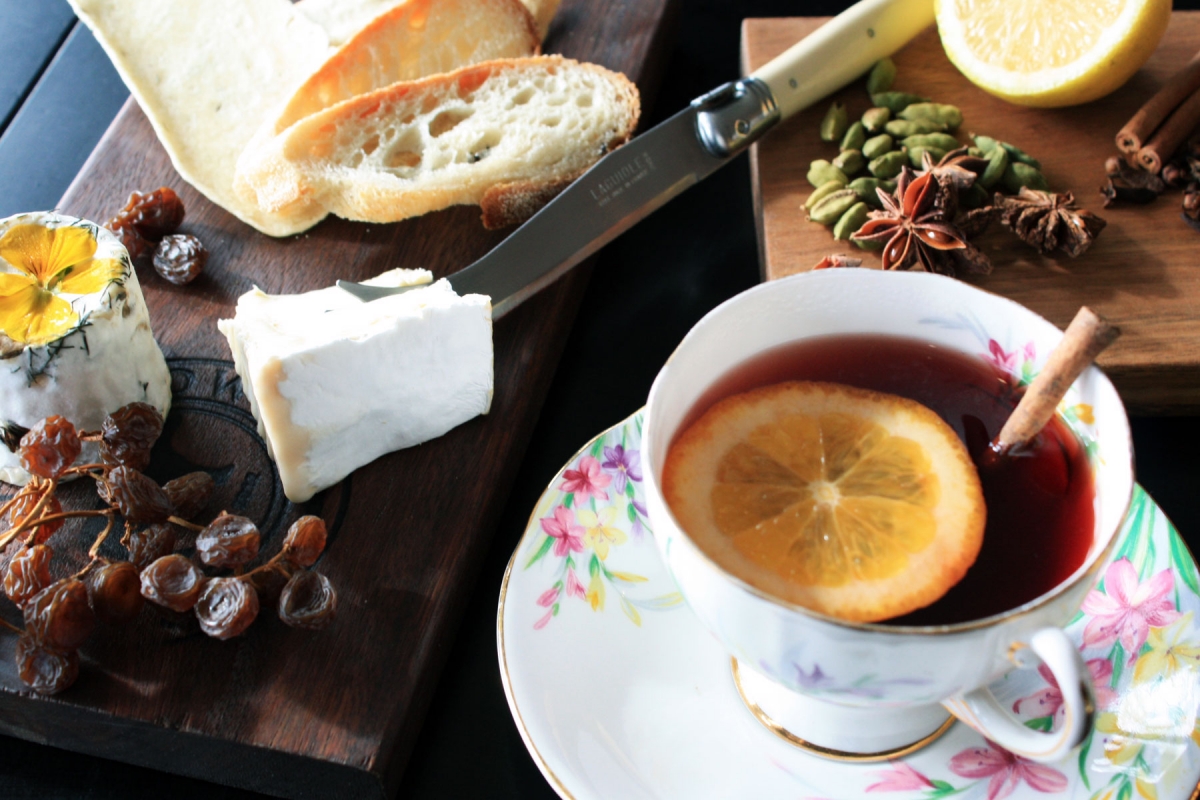 The gluhwein at Milk the Cow is based on a traditional German recipe with one minor adjustment; Remy Martin VSOP Cognac takes the place of brandy to make a richer drink. Order a cup and then give into the temptation of their cheese cabinet. Try the buttery Beaufort d'Alpage with your gluhwein – it's made from the milk of cows grazing on hay, grass and herbs high in the Alps.

A "rather fancy terrace" can get rather bloody cold in winter and so Madame Brussels breaks out her mulling spices to keep patrons toasty. The Madame apparently pilfered her version of mulled wine from her Nordic second-in-law cousin Count Claus Von Ahlberg. Seems legit. The strawberry liquor and Shiraz potion comes served in a tea pot with hot water bottles and hot pink blankets on the side.

You'll find a triple threat of red wine, brandy and Cointreau in Ponyfish Island's batch of mulled wine. Grab a glass, get cosy under their heaters and dig into a hearty meatball sub over the water this season.

The Rooftop Bar ups the ante on Ponyfish's offering with a combo of four alcoholic ingredients in their mulled wine! You might not guess the mixture – poured at the bar unchanged since its inception – contains red wine, brandy, pear liqueur and dry curacao. If you rock up to the Rooftop during Melbourne International Film Festival with a MIFF ticket stub for that date, and mention this article, they will shout you one free mulled wine.

Clove-y, citrus-y goodness is what you'll find within a glass of mulled wine at The Boatbuilder's Yard. The brandied concoction is a recipe that part owner Gabriel Presutto's family have been sipping for more than a quarter of a century. You can enjoy it seasonally from now until October. 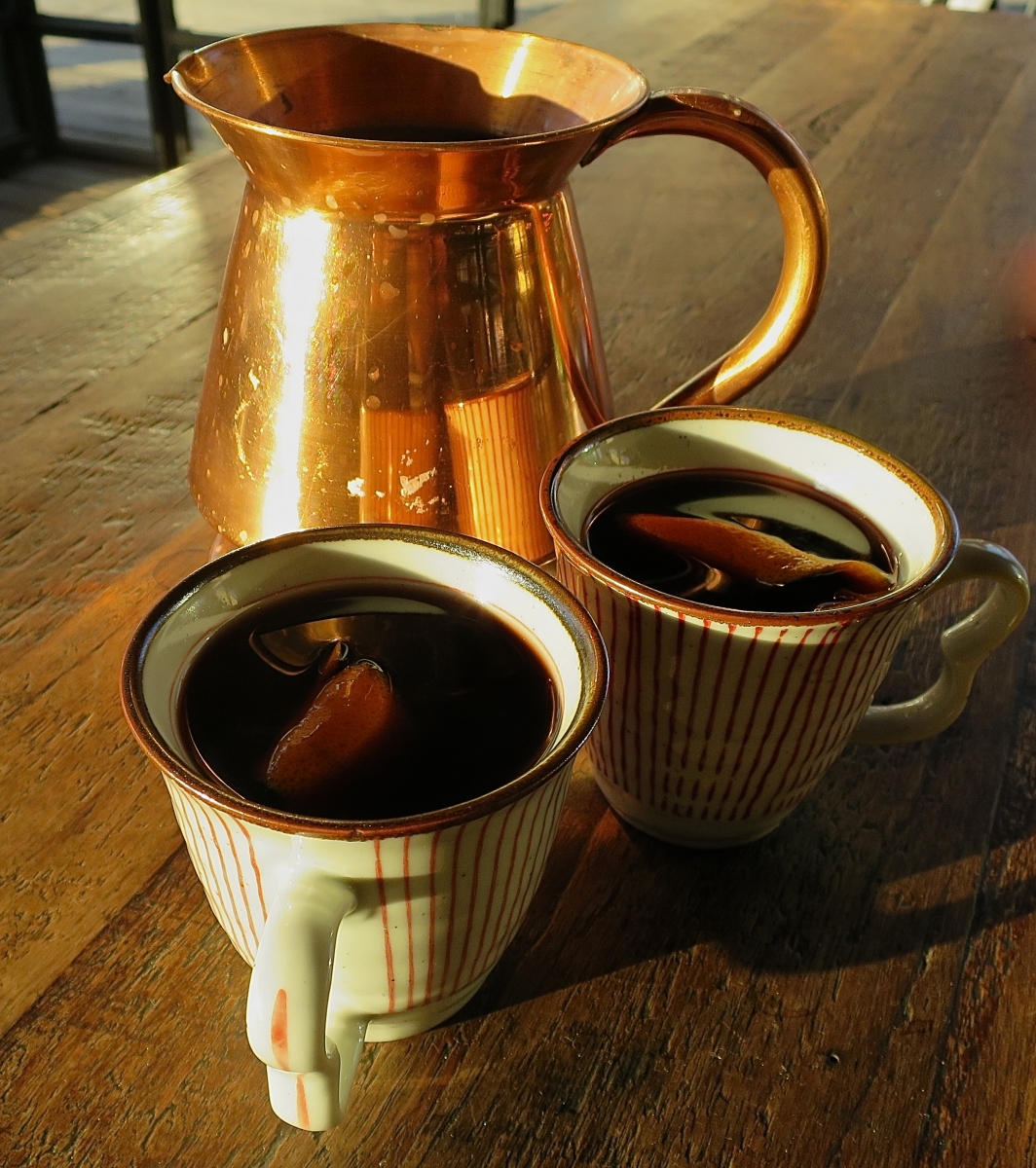 Chef Bente's brew at Denmark House is the drink on this list that's the most fun to (attempt to) pronounce. The Barossa Valley Shiraz in her 'Glögg' takes a trip to Scandinavia with an extra hit of Aquavit. You just know you're going to order some Danish doughnuts, also known as 'Æbleskiver', with that.

A great budget mulled wine option can be found Fridays after work for just $5 at General Store & Co. They heat up Fog City Red Sangria, add a slice of orange and invite you to defrost in front of their open fire place.

Wondering where to find mulled wine in Melbourne's affluent bayside 'burb of Brighton? The Half Moon's where it's at. Like Milk the Cow, Brighton's Half Moon goes the Germanic route basing their recipe on classic gluhwein. They figure their local Brighton clientele are accustomed to ski vacations so why not bring the Alps a little closer to home to save them hassle?

There are rumours that the recipe to Wesley Anne's mulled wine may be as old as the 1854 building itself. They say "it's a good, honest mulled wine. Nothing too fancy, but it keeps people coming back for more." Just like the Northcote pub itself really.

Manchego cheese-crusted duck leg with a glass of something spicy that "tastes like a European Christmas night"? I'm drooling. You can get your own glass of apple and nutmeg soused mulled wine throughout winter at Temperance Hotel.

If the crew at this Brunswick Street bar were to pair anything with their mulled wine it would be "the best view in Melbourne from Naked in the Sky on a cool winter's evening just as the sun kisses our beautiful city goodnight". Who am I to argue? Naked for Satan's mulled wine is available whenever the weather seems cool enough.

At The Alchemist they offer up an intriguing blend of Mount Langi Ghiran Billi Billi 2011 Shiraz, Green Chartreuse, Grand Marnier, Amaro Montenegro, honey water, cloves, star anise and cinnamon to warm your cockles. Head bartender Piotr reckons that if you want to enjoy the desired effects of this potion "one should drink six of them with eyes closed while jumping on one leg for about 17 minutes". I think he must be tucking into his own mulled wine stash already.

Still searching for the best mulled wine in Melbourne? Here are a few more of our tummy-warming favourites...
The Emerson
Cabinet Bar & Balcony
Luna1878 Winter Night Market
The Workers Club
The Bohemian

So, dear Listers, where do you get your mulled wine fix in Melbourne?