Everything Worth Doing In Auckland This Winter

Auckland is brimming with golden-coloured leaves meaning one thing: autumn is in full swing. But not for much longer, folks. Winter is hot on its heels!

To make the most of the chilly days and nights, we called on the little pigs talented team at Squealing Pig to discover how to #gettogether with pals over winter. They helped us embrace autumn with open arms and they’re back at it with their winter guide.

Movie marathons, mulled wine, toasted marshmallows and everything in between, Squealing Pig is all about good times (and good wine!). Here’s how to make the most of winter in Auckland.

How To Have A Wonderful Winter In Auckland

Posted by The Urban List Auckland on Thursday, 17 May 2018

Binge-Watch ALL The 2000s Classics

‘Tis the season for perching yourself on the couch and not. going. anywhere. And, in our opinion, the more blankets, the better. The more snacks, the better. The more movies, the better. Once you’ve sussed the above, binge-watch all the 2000s classics (aka when cinema was at its finest). Work your way through Little Miss Sunshine, The Notebook, Juno and—of course—Mean Girls. Don’t forget Kate Hudson’s Almost Famous with a mandatory singalong to Tiny Dancer.

Like we said, any good movie sesh must involve ALL the snacks. Pop yo’self some popcorn and get a ‘family bag’ of Maltesers (all for yourself, obvs). If you’re in it for the long-haul and watching waaay past dinner time (you are), get some much-needed comfort food delivered. Think: noodles from Wok Express, bao from Tucks & Bao and butter chicken from Oh Calcutta. We can’t go past Toto’ Pizza and their signature metre-long pizzas washed down with a glass (or two) of Squealing Pig Pinot Noir. 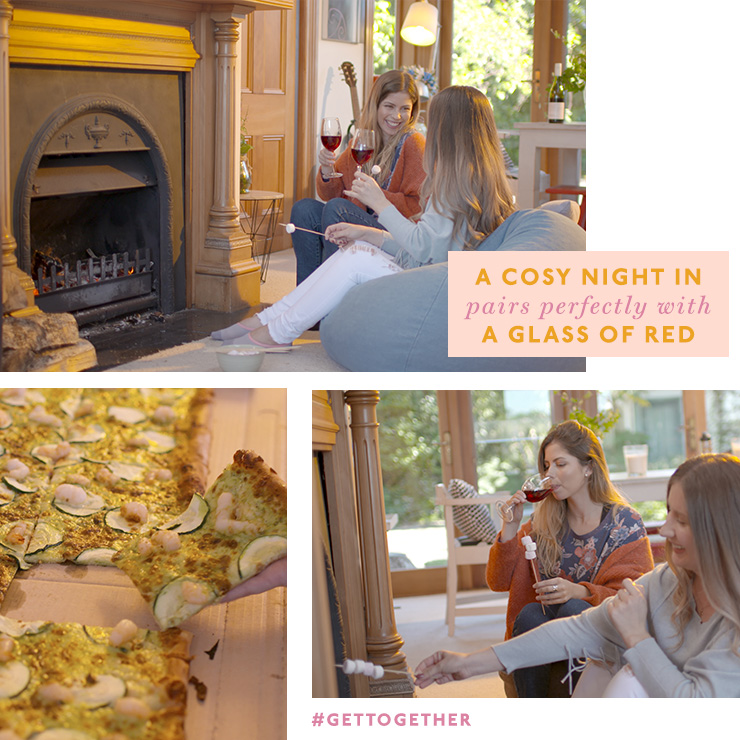 Winter in Auckland means one thing: the New Zealand International Film Festival is baaack. Celebrating its 50th festival (!), this year’s line-up promises to be bigger and better than ever. Kicking off on July 19, the 17-day festival showcases a mega variety of world cinema. While the full programme is yet to be announced, the first release includes Yellow is Forbidden (from Kiwi director Pietra Brettkelly) and Leave No Trace that tells the story of a 13-year-old living off the grid with her war vet father.

Cosy Around The Fireplace (With Marshmallows, Obvs)

Let’s be honest: there’s no place you’d rather be than by a fire over winter so get together with your nearest and dearest for a fireplace catch-up (it’s officially a thing). Stock up on marshmallows and, if you want to be next-level, grab biscuits and choc for homemade s’mores. A cosy night in pairs perfectly with mulled wine and we strongly suggest you pair Squealing Pig’s Pinot Noir alongside orange, lemon, cinnamon, cloves and nutmeg. Winter in a glass!

Bake Up A Storm

Less pinning and bookmarking, people! Winter is the perfect time to actually get your bake on. Invite your bestie around for an afternoon of chocolate-loaded baking. Think: rich choc brownie, gooey choc cookies and decadent choc cake. But don’t stop there! Master winter warmers like sticky date and self-saucing pudding. And, if you’re a peanut butter nutter like us, Chelsea Winter’s’ snickalicious slice is particularly epic. Calories don’t count over winter, right? Right. 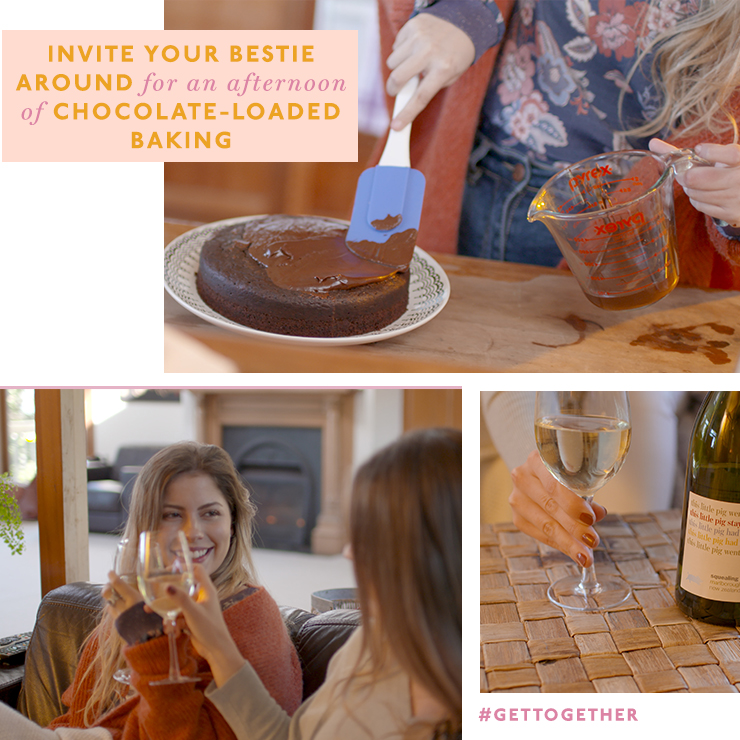 Eat, Drink And Be Merry At Your Fave Eatery

You can’t be a homebody ALL winter long. Get off the couch for and tee up a get together at your fave eatery. We recently checked out Vikki Lane in the CBD. The bar-slash-kitchen serves good, honest fare with the likes of burgers, tacos and the all-important steak. Our fave was the Vietnamese-esque pork belly noodle salad paired with Squealing Pig’s Sauvignon Blanc. Friends + eats + wine = the ultimate trifecta.

Eat Your Way Around Auckland City

Winter is also known and loved for Auckland Restaurant Month. During the month of August, the central city’s best restaurants put together specially created menus and trust us when we say: they’re all equally unmissable. It’s a chance to work your way through your dining bucket list—often at a much cheaper price #winning. The month also showcase fun (and tasty) foodie events. Full deets are yet to be released—watch this space, Urban Listers.

Editor’s note: This article is proudly sponsored by Squealing Pig and endorsed by The Urban List. Thank you for supporting the sponsors who make The Urban List possible. Click here for more information on our editorial policy.