Despite sharing a name with a rather racy folk song (sample line: 'Behind the iron curtain, there was a piece of glass, Lulu fell upon it and broke her little...'), Bang Bang Lulu assures us that its slow-pressed juices, roasted veggie wraps, and organic salad plates are nothing but "good for good girls". A quick glance at the chilled cabinet and smoothie list and we believe them: there's no two ways about it, this stuff looks good. 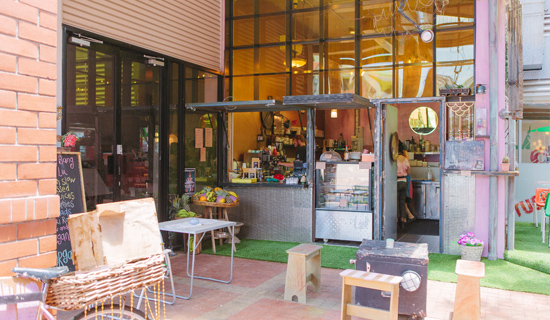 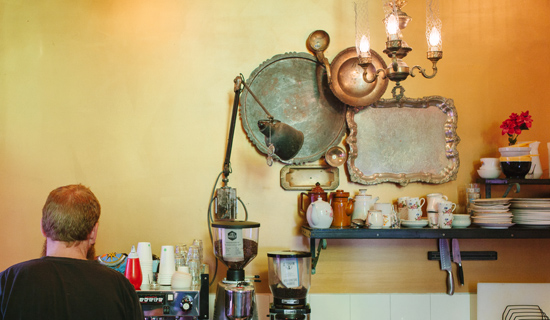 With its airy layout, picnic bench-style seating and kitsch plastic grass, Lulu's is geared up for quick coffee runs (choose from organic cow's milk or a non-dairy option) but also makes a great lunchtime basking spot away from the rush of Brunswick Street mall. 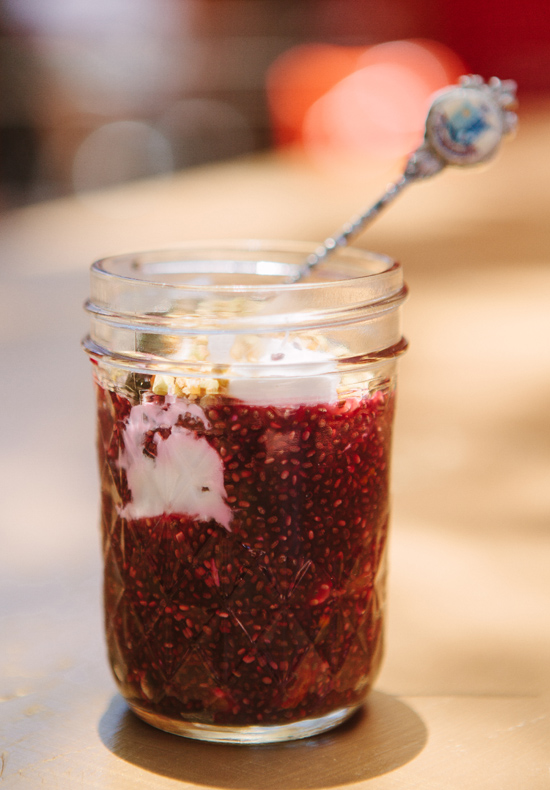 Breakfast options include vegan-ified and gluten-free avocado on toast and breakfast cups made up of vanilla oats, apple juice, cranberries and fresh orange. "Sometimes they sell out in the morning, I have to start making more!" says Belle.

For lunch, Lulu's has a range of fresh salad plates as well as sesame crusted vegetable and tofu patties, Byron Gourmet Pies and fresh wraps with fillings that change daily. The vibrant hue of the beetroot and walnut patties may be slightly off-putting, but they're made entirely from organic ingredients, as are the gluten-free nori rolls. 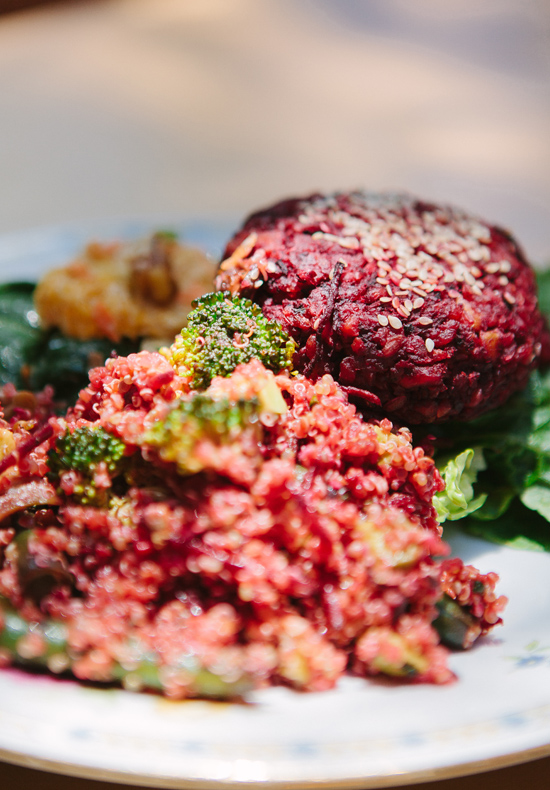 And where would any self-respecting vegan joint be without its pressed juice and smoothie list? Lulu's gets experimental with the non-dairy options, mixing banana, vanilla, dates and tahini for their Bananarama smoothie and including '"house made'" almond milk in the Strawberry Bliss blend. Juices change with the season and, right now, it's all about the carrot and orange blend, with optional extras that include ginger and mint.

But it's in the sweet treats and baked goods that the cafe's vegan innovation (or veganovation, as we like to call it) really comes to the fore. Lulu's may be for good girls but face-planting their baked-to-perfection double chocolate brownies makes us feel deliciously bad.