The Verdict | Step Inside The City’s New Futuristic BBQ Joint

It’s a pretty good CBD rule of thumb. The heat of your new opening is directly related to how hard you are to find. Down an alley behind a skip? 10 points. Featureless grey door with CIA-clearance and a secret knock? You’re getting warmer…

We’ve seen it all before.

So maybe the most revolutionary thing you can do in Melbourne today is open a trendy BBQ fusion restaurant…on Swanston St. The most touristy, generic drag in the city. It’s like stealing the Crown Jewels and hiding them in the window at Bevilles.

That’s what Tom Peasnell, Sam Peasnell and Adam Goldblatt have done with Cheek. 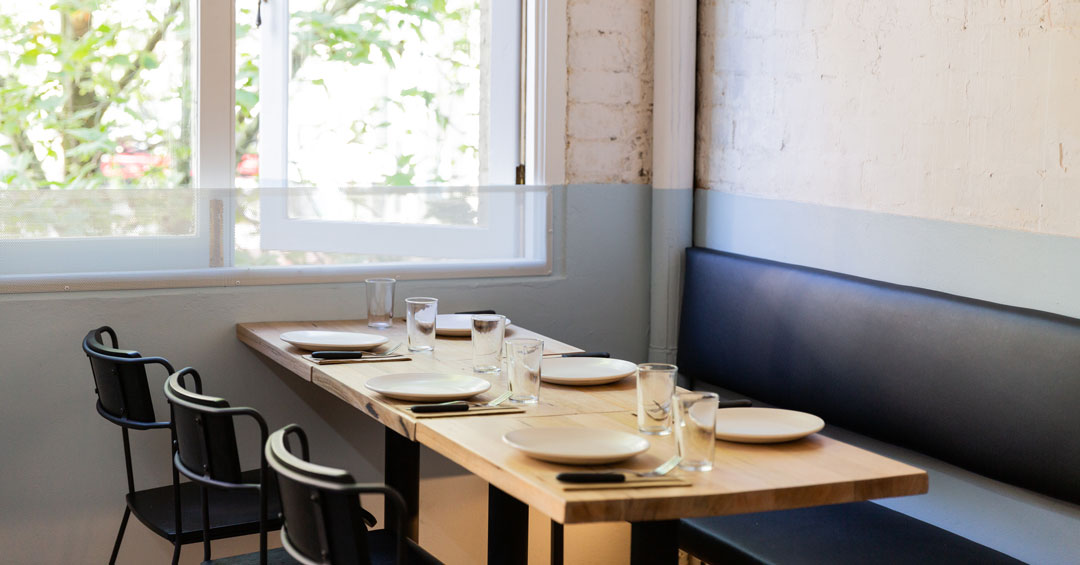 If the names don’t ring a bell, the venues will. These are the guys behind Preston’s Dexter and Takeaway Pizza. The heroes who brought us meat doughnuts with picklebacks. Screwy flavor combos and flannel-clad, Northside swagger are pretty much a given, but with Cheek they’re aiming a little higher. This isn’t a bro bar. This is something new.

If it sounds like Sam’s having trouble articulating the menu, that’s because Cheek’s pretty tricky to label. The huge dry-aged meat fridge and big charcoal Josper oven scream ‘barbecue’. But then how do you explain the Korean pickle on the beef tartare? Or the tonkatsu-esque sauce on the mapo tofu jaffles? A hefty chunk of the menu doesn’t even use meat—it’s all sweet and sour eggplant and so-called ‘dirty cream corn’ (jumpstarted with XO sauce and lime). 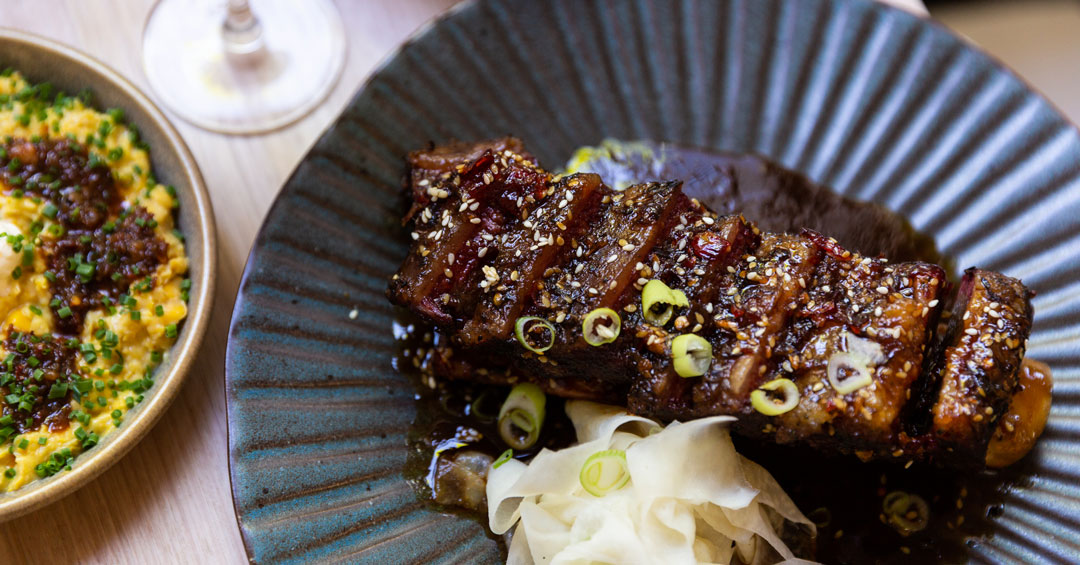 If you listen to Melbourne food enough, you get a feel for the notes. Even if the tune is new. Mapo tofu jaffles are having a moment thanks to Super Ling. Josper ovens are pretty much mandatory ever since Palermo showed up. Cheek has that on-trend mix of neon (the entire staircase glows spaceship orange at night), crumbling, whitewashed masonry, head-bopping electronica beats and painfully cool customers.

So, what should you order? Your previous experience of human food isn’t going to be much help—everything’s experimental. Continents and flavours colliding on the plate. The cynical among you might think there’s a reason God put Japan and Texas so far apart.

Probably the stand-out dish is the 5-day half duck with smoked hoisin and leeks. Just getting this thing onto your table was an ordeal.

“It’s quite a striking dish," says Sam. "We’re doing the whole process—the five days, the hanging, the rendering and we’re pumping them full of air so that fat can render out and not touch the skin. We’re also barbecuing them, so making them more American.”

This is the Dexter leaking into Cheek. Those meaty, smoky, earthy flavours that the guys do so well.

“Even with our vegetarian items, we’re still trying to accentuate those umami flavours and those meaty characteristics. We’re really proud of those options”. 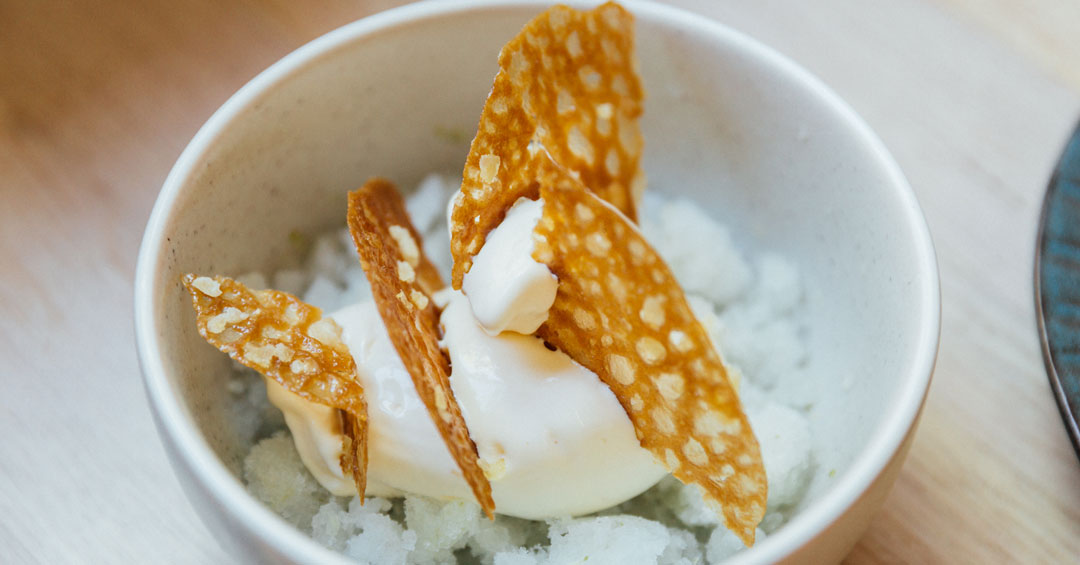 They are really good, too. You’re going to see mapo tofu jaffles sprouting like mushrooms all over town soon—they’re the meatiest thing you can eat that didn’t once answer to ‘Bluebell’. The sweet and sour eggplant was a little more sweet than sour, but still yummy, with plenty of homebaked flatbread to mop up the juices. The cream corn was dirty, as promised.

We get asked a lot, “What’s the hottest restaurant in the CBD?” And right now, hands down, it’s Cheek. With maybe Lesa running a close second. Put it down to the glowing staircase. Or the wacky menu. Or the funky natural wine selection. Or the fact that it’s run by a group of Preston lads who know understand the secret recipe of cool: just be different.

To keep up to date with everything happening in the Melbourne food scene, check out our Food & Drink section.