Foodies will be salivating when the Royal Melbourne Show rolls into town once more with a bevvy of Melbourne's best and brightest showing off their wares, using the freshest, tastiest produce direct from the farmers and producers.

The Tastes of Victoria Pavilion will form the food hub of the Royal Melbourne Show, with three of the hottest restaurants in town giving foodies insider hints on how to recreate their top-notch dishes at home. Northcote's Estelle will be represented, as will Fitzroy's Hammer & Tong 412 and Emporium's Pho Nom. Darren Purchese, of South Yarra's outstanding palace of cakes, Burch & Purchese, will also be tempting passers by with his explosive raspberry milk chocolate tube dessert.

Estelle and Saint Crispin chef owner, Scott Pickett will be on hand for the Royal Melbourne show's four-day foodie stretch, doing twice-daily demos so visitors can pick up the tricks to make their signature dishes, including a prawn bolognese with handmade Cavatelli. "It's a sort of glamour pasta dish", he says.

He'll also be whipping up a Thai BBQ chicken salad, "that's light for spring and something you can eat on the go", and a Sher Wagyu sausage roll with gentleman's relish—one for the farmers and the kids, big or little. "It's a restaurant take with good puff pastry, the best beef you can find in Victoria, and the sauce is a little bit spicy, just to round it off", he says.

Pickett says the plethora of celebrity chef TV shows has helped usher in Melbourne's die-hard foodie culture, and that's to be celebrated, but the Royal Melbourne Show is all about taking things back to basics and putting people in touch with the local farmers and producers.

"Fundamentally, the Royal Melbourne Show is an agricultural one, with all of that history—it's iconic", he says. "Without good produce there isn't great food, so it gives us a direct link to support the farmers. We try to use as much Victorian produce as we can".

He hopes his demos will help budding cooks. "At the Estelle and St Crispin's, people love the theatre of it all. Chefs these days have to be accessible. Food's a major part of our lives and everybody wants tips'.

Jerry Mai, chef and co-owner of Pho Nom, along with brother David, will be doling out Crystal Valley crispy pork banh mi, using organic eggs and free-range Milawa chicken livers, a must-grab-and-scoff for any Royal Melbourne Show visitor. "Taste of Victoria is the perfect platform for us because it shows off what great produce our local farmers and producers have". 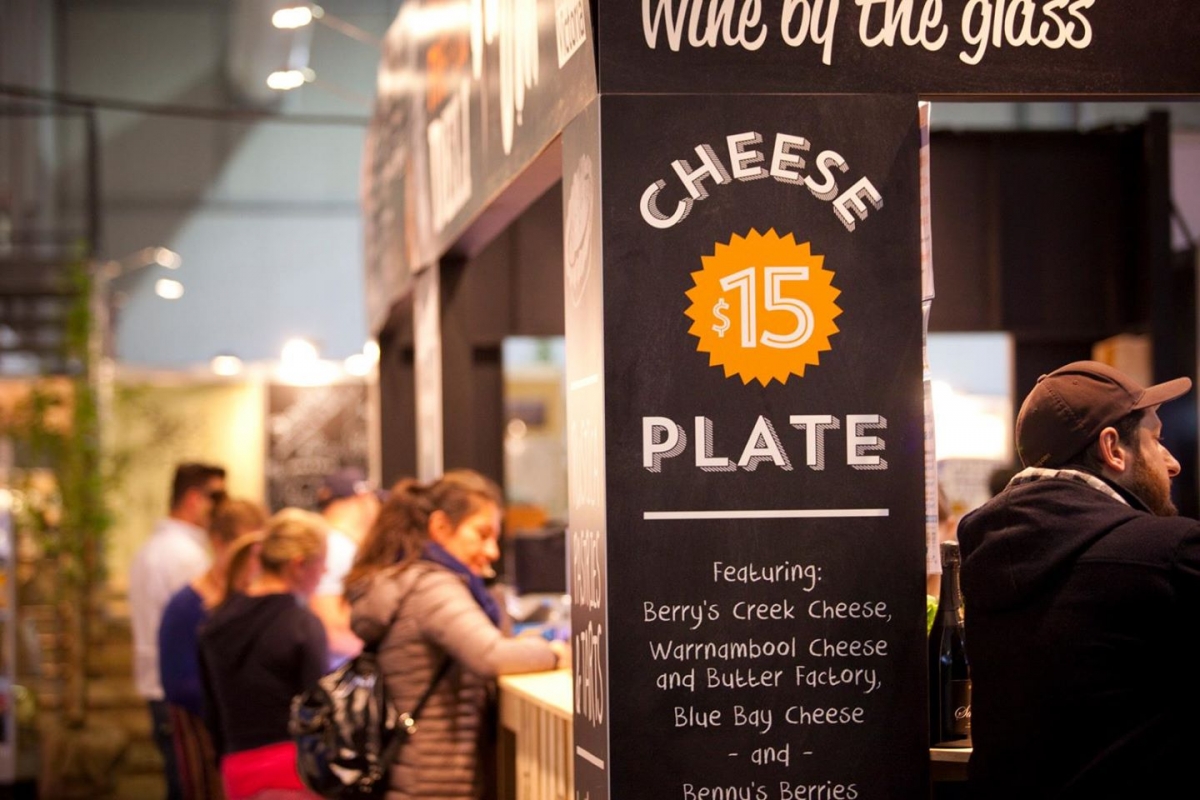 Mai says keeping it local fits Pho Nom's goals. They buy a lot of secondary cuts from farmers that might otherwise be wasted, like Warialda beef brisket or Sher Wagyu tails in the beef stock, which not only keeps the prices down but also keeps the quality high. "We're a fast food place with a slow-food, paddock-to plate ethos".

Mai hopes she can pass on some of that savvy to shoppers when it comes to doing their weekly groceries, too. "People are starting to realise they can buy direct from farmer's markets, and should stop going to the supermarkets. They don't have to buy primary cuts, they just need to know how to use secondary and go back to making stocks. My parents never throw anything out".

While you're checking out the Tastes of Victoria Pavilion at the Royal Melbourne Show, catch one of Mai's demos, too. She'll be showing visitors how to make a grilled beef betel leaf, some tasty salads, and, of course, their pho. Elsewhere, check out the craft beer range at Brew Bar & BBQ, where Silver Creek Smokers will be doing 16-hour smoked brisket, and pop in to Vine & Dine Bar for the best Victorian wines.

Other chef demos at the Royal Melbourne Show's Tastes of Victoria Pavilion will include the likes of Ian Curley from The European, Mike Patrick from San Telmo, Pope Joan's Matt Wilkinson, and Union Dining's Nicky Riemer.

There are good foodie hot spots outside the pavilion, too, with The Meatball Co. working their magic, an Outback Snack Bar, and the Country Women's Association Cafeteria for good, simple tucker. And it wouldn't the Royal Melbourne Show if you didn't go home with fairy floss stuck in your hair.

While you're salivating; check out our guide to the best showbags.