I’ll give the guy props though: there’s nothing contrived about Geddes Lane. It doesn’t feel like some self-conscious attempt to be ‘hip’. It doesn’t even feel like gentrification, although it’s hard to think of another word for injecting millions into a three-level music bar on King St, complete with Benny Burger food trucks and an imported Japanese pizza vending machine. 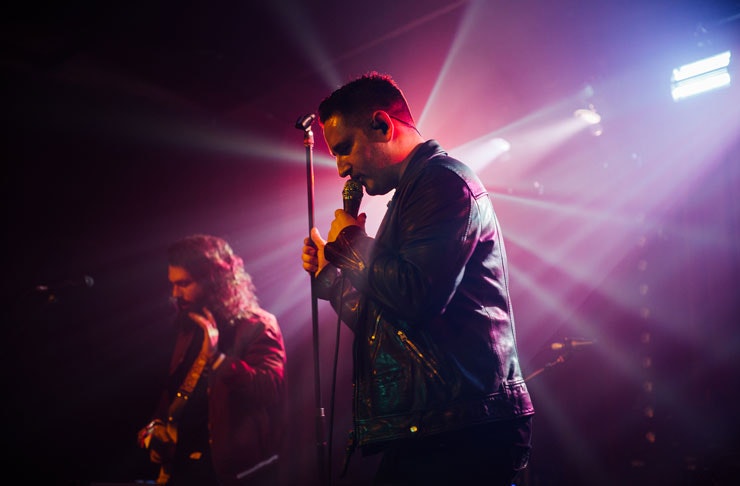 Right now it’s Krakatau is up on the band room stage, making musical marmalade with some very dreamy (and slightly narcoleptic) synth chords. This is not music you can dance to. A couple of people are nodding vaguely across the tune, searching for a friendly beat.

“A live music venue has always been a plan for me,” Bennett over the phone. “I’ve got a lot of friends in the industry. But I noticed there’s a gap for small bands looking to get their music out there. So when Lorenz approached me, I was like, let’s do something.”

If all this looks familiar, that’s because Geddes Lane Ballroom sits inside the old Showgirls Bar 20 (on second thoughts, maybe it’s not so familiar…) There’s a gabled timber ceiling, chunky tree trunk beams, a Budweiser bar on the right-hand side (cashless, for some reason), and a raised band stage, complete with slightly phallic, shake-your-money-maker catwalk. A couple of fans to do their best to move the air around, and two mirror balls spin clockwise galaxies on the green carpet.

The atmosphere is spot on. Geddes Lane feels like it’s been here for decades, not months. But maybe that’s because this was also the old Grainstore Tavern, where John Farnham launched Whispering Jack and INXS struck it big. Adult entertainment has seeped into the dado-panelled walls. 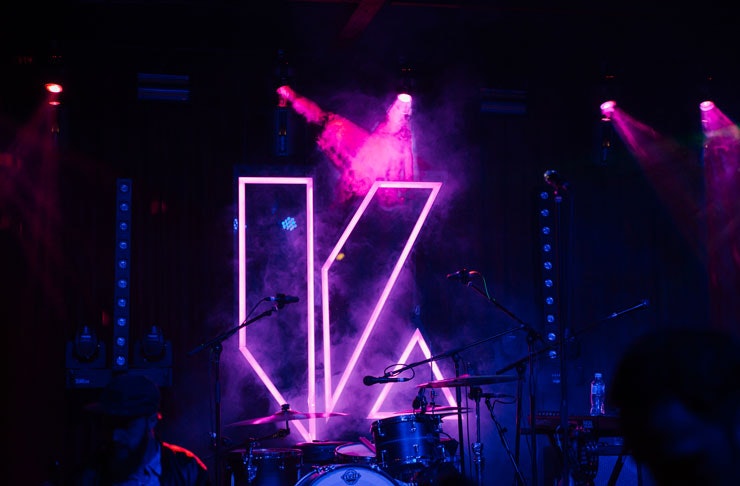 I keep an eye out for Bennett, but he doesn’t seem to be here tonight. These days he spends a lot of time chilling up in Byron Bay (where he owns a property on Belongil Beach) and presiding over his growing restaurant empire. It’s been a busy couple of years for him: Benny Burger landed in 2017, then came iki-jime, his moody CBD seafood bar. There are also plans for Burnham Beeches in the Dandenong Ranges, which will become a 6-star hotel, microbrewery, steakhouse, “16-cow automated dairy” (whatever that is) and emu farm. Sheesh. When does this guy sleep?

Eventually, the Geddes Lane sets wind up, and people file back down the stairs, through the red-velvet saloon bar and out onto the street. We’re a pretty diverse crowd—I spot a few 20-something hipsters, five corporate guys with Patrick Bateman haircuts, even some middle-aged music lovers, clearly appreciating a new kind of King Street. 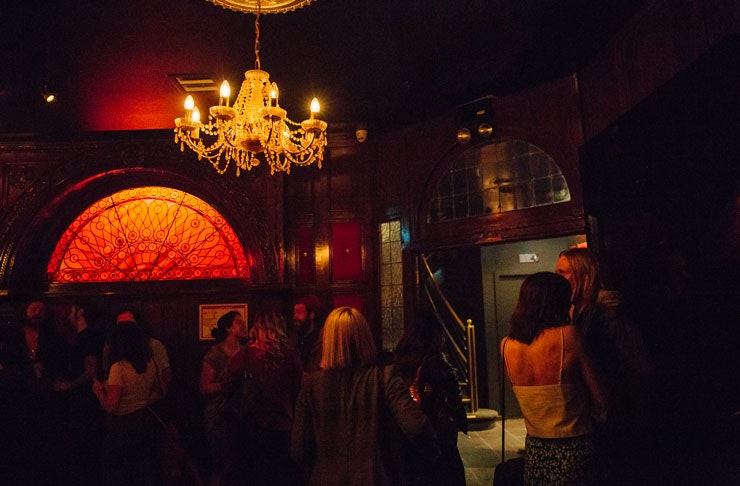 On the laneway bricks outside, an angry King Kong crushes a can of spray paint in one black, hairy hand. I’m not sure if this symbolizes anything.

Maybe Geddes lane is all part of the Grollos’ grand plan. To administer a shot of penicillin to Melbourne’s nether regions. Remove the seedy strip clubs and engineer a much more lucrative strip. It could work, who knows? We never thought Footscray or Preston would be prime Melbourne real estate either, but things change pretty fast around here.

I walk back to Southern Cross in the rain. The queues for Spearmint Rhino are already starting.

Want to learn more about Geddes Lane Ballroom? Check out our directory page.