Erika Heynatz's career has spanned everything from modelling to music, TV host to theatre performer and, when Richard O'Brien's infamously risqué, high camp musical The Rocky Horror Show hits Melbourne on 26th April, Erika will draw on several of these roles to play Magenta. We talked to the stunner about living the high school dream, meeting O'Brien and rocking some space age hair.

TUL: Where you always a fan of The Rocky Horror Show?

I saw the film while I was at high school and fell in love. A girlfriend from 20 years ago who I haven't seen since we were at school together came to see the show in Adelaide. She contacted me and said she read in the paper I'd be doing the show and all she could remember was how obsessed with it I was, so it was thrill to see me living it out.

TUL: So it was a given you had to get involved in this show then?

I was working in Melbourne on a production of Legally Blonde at the Princess Theatre when I heard a few of the dancers and performers talking about auditions for Rocky Horror. I thought 'oh my goodness.' It's a cult classic I grew up with. I scraped in on the last couple of days of auditions, but I didn't want to pass up this opportunity. I was very fortunate to make it through the rounds.

TUL: So is playing evil alien servant Magenta a dream come true then?

I'm literally playing someone from another planet, an alien from Transsexual Transylvania, so it's a fabulous permission slip to be as wild as I want to be. She's wicked and has a bit of a bad attitude, with this slightly unsavoury love towards her brother Riff Raff (Kristian Lavercombe). She's supposedly a loyal domestic slave to Frank N Furter (Craig McLachlan), but everything she does she does with a wild sense of fun. There's an electricity about her I enjoy playing that requires a lot of energy.

TUL: Where you just a fan of the film, or did you ever see the stage show?

I've never seen the stage show. One of the great joys of this is, despite only having grown up with the film, I'm now working alongside the creator of the show, Richard O'Brien. He often comments that despite how important it is for him that you honour the original script, he's very much about us bringing our own individual flare to the role. We get to work it out for ourselves.

He's every bit as wonderful as I imagined. As a creative individual he couldn't be more inspiring. He's a joy to work with, a fascinating person to talk to and listen to. I play the usherette too and every night, when he does his final narration, I get to listen to his voice right before I go on stage. The timbre of his voice and the passion with which he inhabits that role is so powerful for me. It's a career high and a huge privilege for me. 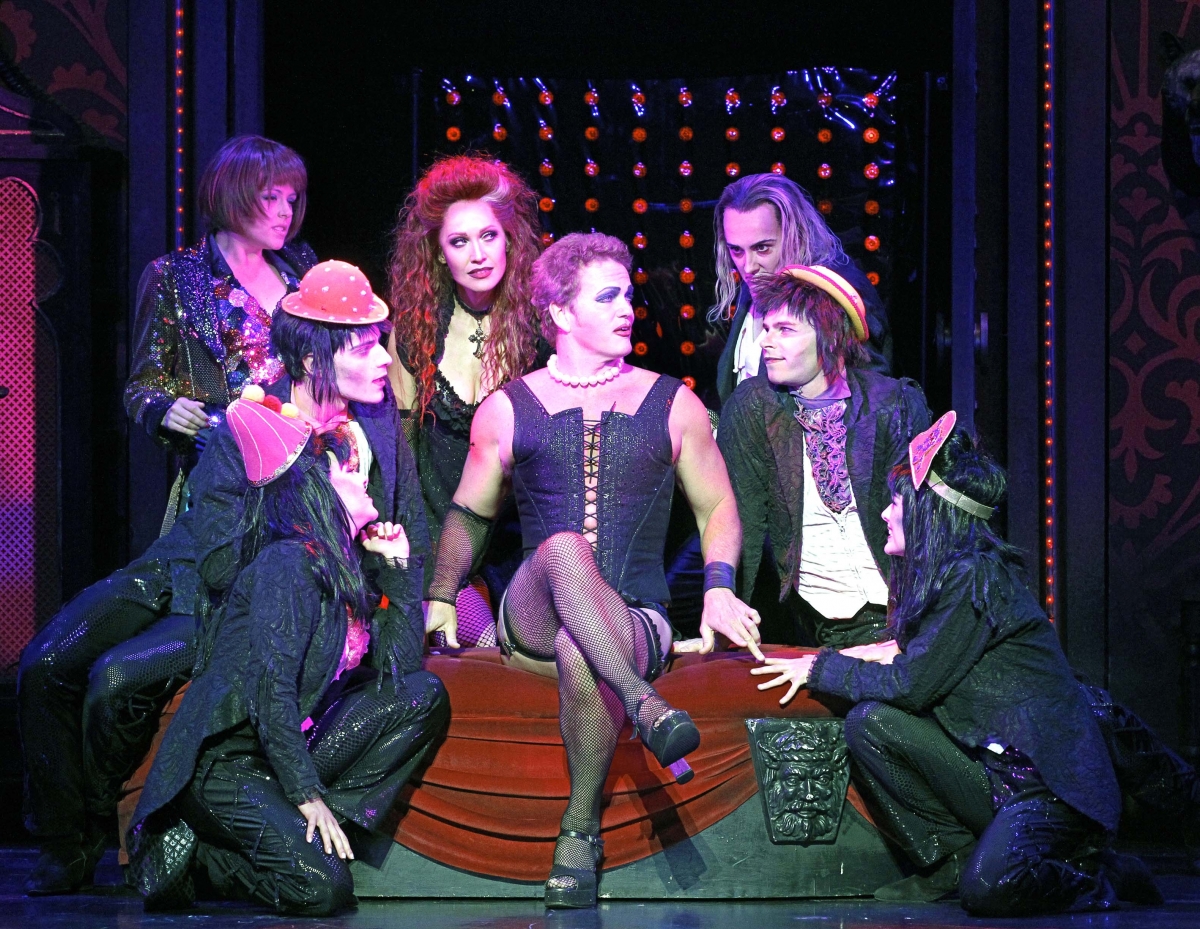 TUL: Do you enjoy the freedom of working across a variety of roles?

I've been really lucky being able to transform between roles in the entertainment industry. Live theatre, the fact that it rolls music and acting together, is great, and let's just talk about my fabulous space outfit. Does it get any better than that? I get to put on that huge space wig and that silver outfit and it makes me laugh.

TUL: Is it hard work delivering this kind of energetic performance night after night?

Me and Kristian dance our asses off before we get on stage. You have to fill it with that electricity and fun and have a good time. I think that's what the musical does for everybody. Even though we're doing it every night you can't help yourself. You just want to dance along to it.

TUL: Where do you like to eat out in Melbourne?

I love San Telmo. I pretty much eat everything on the menu. They have this beautiful biscuit they serve for dessert in a brown paper bag, which is incredible. So after eating all this beautiful pork with crackling and a spectacular wine selection we still find room for that.

TUL: Where do you go out for a drink?

I love the rooftop at Siglo and The City Wine Shop next door to Princess Theatre. As a performer, I love just walking in somewhere really simple and warm and toasty. I really enjoy that place.

I'd go to the South Melbourne Market and buy fresh flowers, veggies and bread. I'll come home with a haul of fresh produce and I'm inspired to cook. That also inspires people to come round.

I would probably buy myself a couple of theatre tickets. I'm yet to see Wicked and I have a couple of friends performing in that, and I'd probably go for a really beautiful Italian meal at Grossi Florentino with no expense spared.

TUL: Lastly, other than The Rocky Horror Show, obviously, what are your favourite musicals?

I love Kinky Boots, Hairspray, The Little Shop of Horrors and I loved Legally Blonde.

The Rocky Horror Show runs 29th April to 18th May