Urban Listers, now that spring has finally decided to make an appearance and with summer also on the horizon (hallelujah!), there's no better reason than to gather the crew for a few celebratory froffs. The best part?! Along with the change in weather comes a slew of new season brews and considering how much we love our craft beers here at TUL HQ, we're pretty darn excited.

You can imagine then what our reactions were when we found out that White Rabbit, one of our favourite breweries in Victoria, had released the brand spankin' new Belgian Style Pale Ale, just in time for spring/summer sessions. (For anyone who's wondering, it's kinda like this). We immediately charged ourselves with the task of researching their latest creation, and after copious amount of sipping and supping, we can safely say that their Pale Ale is our pick for this season's best new brew.

Famous for their approach to the fermentation process, White Rabbit pride themselves on mixing old school techniques with new school thinking. The new Belgian Style Pale Ale is no different, and features the same mix of unique ingredients, imagination and creativity that's evident is the White and Dark Ales.

The thing we love about the White Rabbit Belgian Style Pale Ale is that it's full of flavour but still perfectly balanced. The two Belgian yeast strains used have resulted in a brew that's a little bit fruity and a little bit spicy, but never one over the other. It's the best of both worlds. 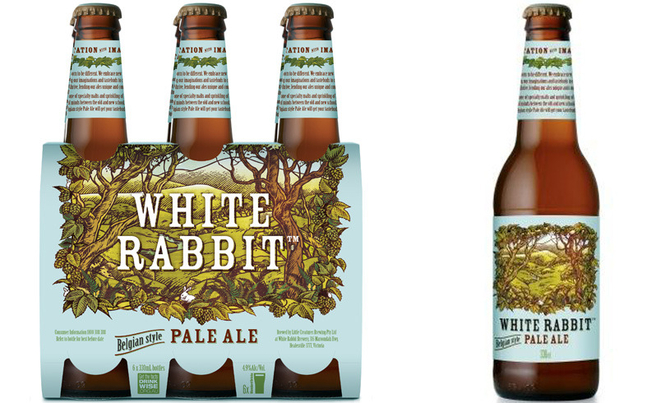 How best to enjoy White Rabbit's Pale Ale? Well, that's the beauty of their latest creation – it really is an all-rounder type of beer. From burgers and pies, to sweets and cheese, the Belgian Style Pale Ale is the perfect accompaniment. Regardless of whether you drink it fresh from the tap/bottle or decanted into a glass and served between 4-10 degrees celcius (the traditional Belgian way), it's hard to go wrong. Get on board!