Born and raised in the Barossa Valley, Sophie Zalokar is one of the lucky few that trained as a chef under Australian food icon Maggie Beer. After travelling and cooking around the world, she settled in Freo before moving to a 18-acre Pemberton property with her family in 2005. Sophie and her husband Chris opened Foragers in 2011, which has since become a must-visit foodie destination.

Now a chef, food writer, teacher and produce judge, Sophie will swap Pemberton for Perth when she arrives for the PIAF Perth Writers Festival, which runs from 18-21 February at The University of WA.

A passionate advocate of supporting local produce, we caught up with Sophie to chat about country life, her favourite Perth restaurants and what her last meal on earth would be (spoiler alert: Maggie Beer is going to be cooking it!)

What can we expect from you at this year’s PIAF Writer’s Festival?

Jeepers...I guess you can expect that I won’t be shy in telling my truth when it comes to participating in the various conversations, which I’m so looking forward to. There’s so much BS that has come with the celebrifcation of food, so I’m not too interested in this form of entertainment. Food is so important to us as humans and to life on this planet. A not too serious drilling down to the interesting stuff below the cotton-candy on the top is probably what you can expect most from me.

Why and how did you first get into cooking?

I started cooking professionally when I was 17, but had always really enjoyed mucking about in the kitchen at home. Mum went back to full time work while my younger brothers and I were still in primary school, so I started experimenting with variations on the common grilled lamb chop, mashed potato, carrots and bean theme that was a consistent mid-week night meal growing up in the ’70’s. I also regularly whipped up batches of Devil’s Food Cake with my best friend, which mostly never made it to oven as we'd scoff all the raw batter to an ABBA sound-track and our own laughter. I never considered being a chef as I desperately wished for a somewhat bohemian artistic life studying textile design in Melbourne. My parents however felt that studying art would not eventuate into promising income, so when Maggie Beer approached the high school looking for a second apprentice they nudged me in her direction, which of course I’m now grateful for.

Is there anything you can tell us about Maggie Beer that we might not know?

I guess I can safely say without getting into too much trouble that she’s a terrible driver. That voracious mind of hers is in constant overdrive! And, she used to always drink black coffee, no sugar with a quarter of a lemon squeezed and dropped into it. That was years ago, so not sure if that’s still how she drinks coffee now. She used to also love hibiscus tea.

Where did the idea for Foragers come from?

It probably all started in around 2001 when Hugh Fearnley-Whittingstall first published The River Cottage Cookbook. We had two small children, a pretty typical chaotic urban life and we were both exhausted and constantly asking ourselves ‘is this it?’. That book was a gateway to thinking life could be much much more. So we moved to Pemberton at the beginning of 2005 with the idea that we could develop some kind of culinary tourism business. Aside from a house and two sheds, our property had four old timber cottages that traded as a budget chalet accommodation business. At the time we weren’t sure how we were going to develop things, but after thinking about our most memorable food experiences on our travels and working out what was going to work from a business and logistical perspective, we decided to build three more chalets, upgrade the existing cottages and build a commercial kitchen/dining room that doubled as a small restaurant/cooking school.

My husband Chris is a cabinetmaker/builder and has built our entire infrastructure, which has been a herculean task! The name Foragers seemed very apt given our location in the Southern Forests region of WA, where there is so much cultivated and yet to be discovered wild food to be foraged for.

So our property is 19 acres surrounded by the Brockman State Forest, the Gloucester National Park and our neighbour’s avocado orchard. We have a beautiful kitchen garden, lots of chickens, a pair of Aylesbury ducks and at varying times, Wessex Saddleback pigs. The chalets are in a row, which sit on a ridge that slopes to the south west, so the views from the chalet balconies take in the fields and the forest. 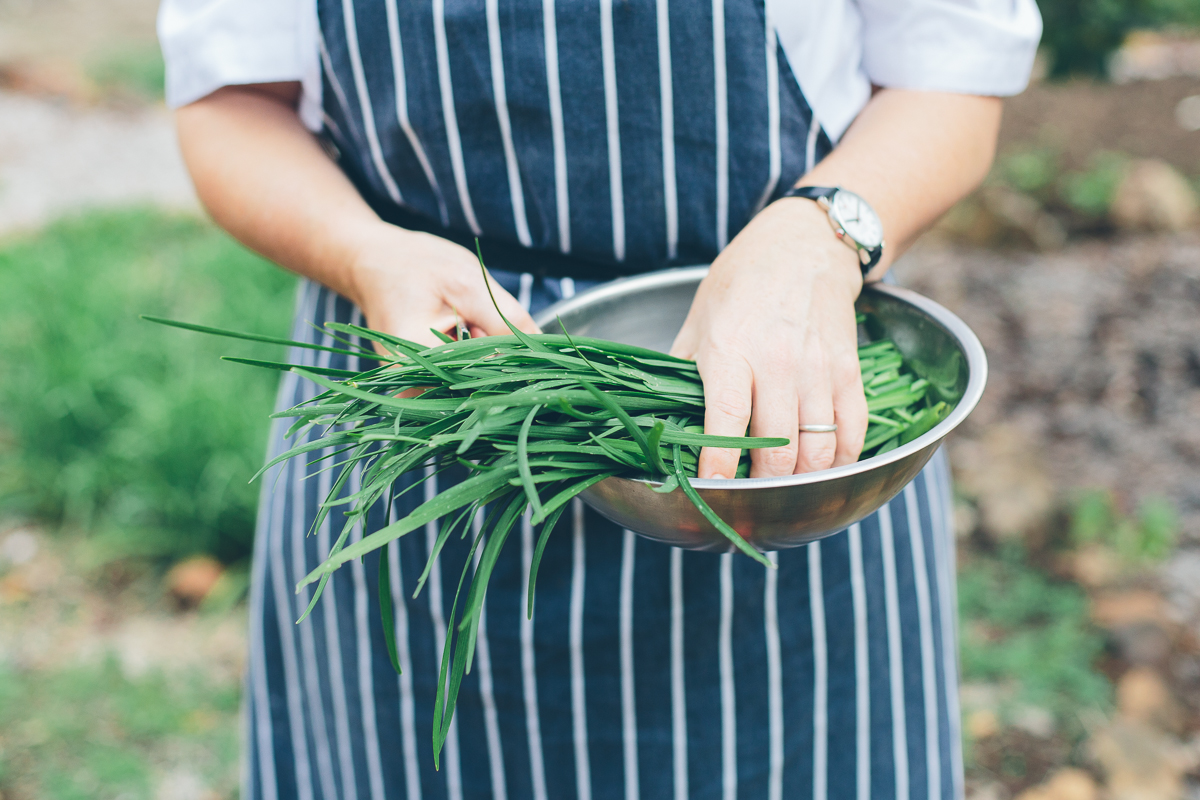 Is living in Pemberton as idyllic as it seems?

Yes and no. Yes because the landscape of this region is absolutely stunning and the people are some of the most down to earth, up-front, resilient, community-minded individuals I’ve met and had the privilege to live alongside. No because as it’s relatively remote and as the population is low, critical services and infrastructure such as power, phone/internet issues, roads, mental and other health services are challenged.

Are you more of a sweet or savoury person?

Savoury but I do love a little potent, sweet single bite at the end of a meal.

What is your favourite thing to cook?

It’s far too limiting to pin it down to one thing, but I really do love baking sourdough bread each week. I also love cooking a very homey-style roast chicken dinner for my family.

What do you think are the big food trends for 2016?

There seems to be a swinging back to more Asian cuisines but this time with a more modern approach in its adaption for Western palates. I also hope native foods keep developing in a more sophisticated way, respecting culture and place in the way they’re sourced and represented on menus. The ethics and provenance of food production will also be ongoing throughout 2016.

What do you think you’d be doing if you weren’t a chef/writer/teacher?

Where are your favourite places in Perth/WA to eat?

At the moment Propeller and Strange Company in Fremantle and both Mary Street Bakeries. We end up at Gordon Street Garage quite a bit too as we’re often nearby. I’ve also had great meals recently at Lalla Rookh, Ace Pizza and Suburban Table.

What would you request for your last meal on earth?

Anything as long as Maggie cooks it!