Your Guide To The Ultimate Action-Packed Summer In Sydney

So you can spend less time Googling the cool events around town, and more time exploring infinity rooms, touring Sydney’s best Christmas lights and living out your true kidult dreams on the world’s largest bouncy castle—we’ve gone and compiled a list of epic events and things to do, so your summer can be as action-packed as ever.

Start plotting these into your diary, here’s everything to cross of your bucket list if you want a party-heavy summer in Sydney.

Culture yourself up this November with a slice of theatre centred on a quintessential Aussie summer, written by Maxim Gorky. This play is set in a coastal town, somewhere in Australia (yes, the Tim Winton vibes are real), with a skeleton population in winter and a swollen holiday crowd in summer. A group of mates has been coming to their beach house for years, they have the money to enjoy themselves and why would this year be any different? Expect black humour from Summerfolk and an articulate depiction of trying to get through vacation season without throwing a punch at your loved one.

The sixth edition of New Breed is here, so prepare for some mind-blowing choreography. Showcasing a bunch of epic ideas created by the likes of Josh Mu, Lauren Langlois, Ariella Casu and David Di Giovanni—this innovative exhibition gives four emerging choreographers the op to work with members of Sydney Dance Company to create new work with Australia’s top dancing talent.

When: Thursday 28 November until Saturday 7 December
Where: Carriageworks, Eveleigh 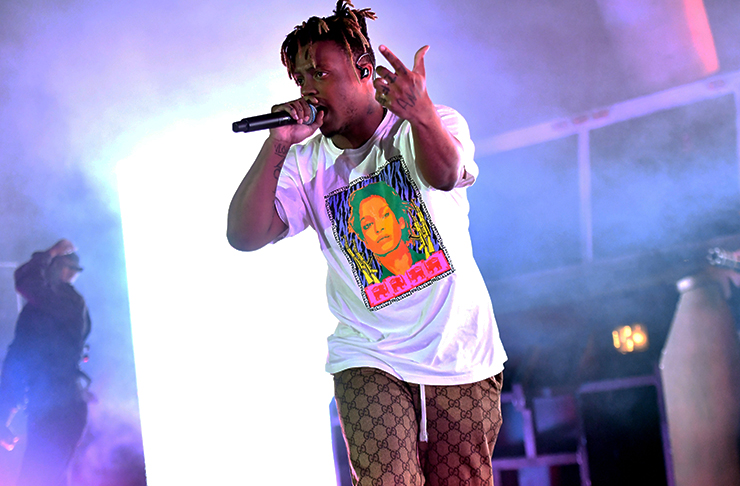 Known for his lyricism revolving around love, drugs and heartbreak, US artist Juice WRLD took the world by storm with his track "Lucid Dreams" after the music video, directed and edited by Cole Bennet of Lyrical Lemonade, brought the artist to mainstream attention. With the track now sitting at over 380 million plays on YouTube, it’s clear Juice WRLD has become a global sensation. Now after the release of his album Death Race For Love, which placed #1 on the Billboard charts, Juice WRLD is heading to Horden Pavilion. If you’re a fan of hip-hop, new wave rap or music in general, don't miss this. Juice WLRD has something for everyone. Head here for tickets.

Where: Horden Pavilion
When: Saturday 23 November

If you’ve recently watched The Game Changers on Netflix and also like not-so-serious golf, this boozy activity is for you. Across November, Sydney’s Holey Moley Bakehouse will sport an entirely new menu dedicated to vegan-friendly feeds and cocktails, with a free round of mini-golf (that means nine different challenges) for anyone who gives the new menu a red hot crack. The new menu includes a “Mean & Green” burger, a “Turn Up The Beet” pizza, and sweet potato fries with specially created vegan mayo. As for the drinks, you can expect a kaffir lime Margarita packed with Don Julio Blanco Tequila, espresso martinis and a lemon slice concoction loaded with Tanqueray gin, Malibu, vanilla and pineapple juice.

When: Throughout November
Where: Hole Moley Bakehouse, Strathfield 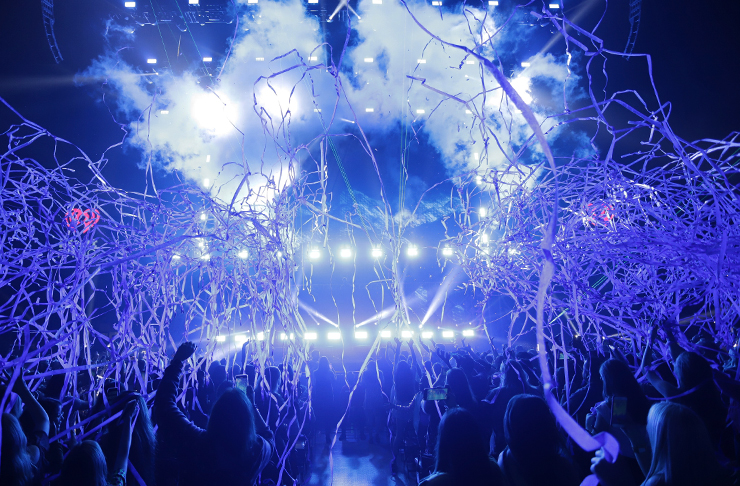 Thanks to Hardware, Onelove and Live Nation, a brand-new festival is in the mix and slated to come around the country towards the end of 2019. Festival X plans to bring up the best artists from major genres, dance, hip-hop and pop all in one location in order to kickstart those summertime vibes. Hitting the stage for epic and unforgettable sets will be Calvin Harris, Steve Aoki, Marlo, Armin van Buuren and Lil Pump. And the Aussie’s jumping on deck are festival veterans Alison Wonderland and the Sunset Bros.

It’s the end of semester and the Apocalypse is (pretty much) nigh. To celebrate the end of red-bull fuelled night and the start of cider-packed beach days, you’ll want to make sure you round up your crew and bunker down at the Red Rattler. This inner west warehouse is an absolute mecca for good times so don your best zombie attire, post-apocalyptic grunge, future-meets-fantasy get-up, cyberpunk gear or even X-Men-inspired costume. And to make things even better, free drinks will go to the best-dressed person there. Head here for more ticket info.

If you know anything about arcade games in Sydney, you know 1989 Arcade Bar is the place to be. Especially because from 11am until 3pm on the first Sunday of the month, this bad boy’s unlimited arcade plat kicks in. That means four whole hours of endless vintage consoles and challenges to get into, all for just $15 per person. 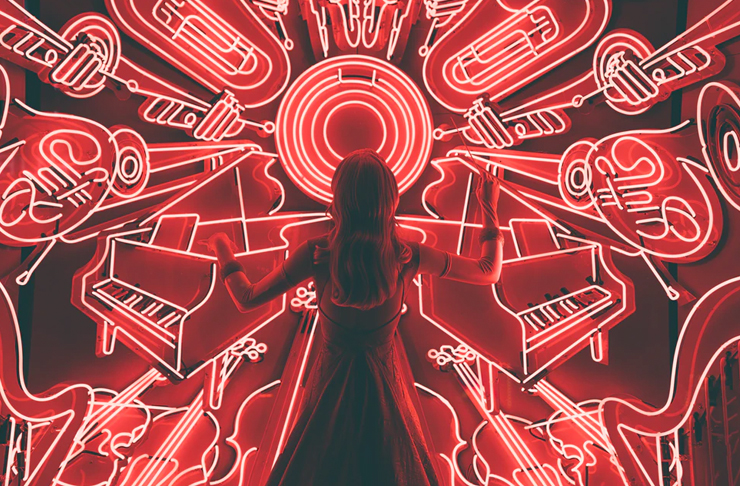 Let’s cut straight to the chase. Sydney’s Market City has revealed a set of infinity rooms just in time for Christmas and there’s your end-of-year antics sorted. Think three absolutely mind-blowing and multi-sensory spaces built with mirrors, graphics, miscellaneous objects and lights. Like superstar artist Yayoi Kusama’s famous infinity room, The Spirits of the Pumpkins Descended Into The Heavens, walls, floors and ceilings are covered top to toe in mirrors to create an endless galaxy where you can literally—gaze into infinity.

When: Every day until Tuesday 24 December, 10am - 7pm
Where: Level 1 Centre Court, Market City

Sydney, it’s that time of year again. The Carriageworks Christmas Farmers Market is set to be loaded with all the food, produce, artisanal gifts and puddings to create the most magical Christmas ever, and there’ll be a sling of cherry pickling workshops too. Hot on the line-up this time around is fresh seafood from superstar sustainable chef Josh Niland’s Fish Butchery, oysters from Mimosa Rock Oysters, Christmas hams from Linga Longa Farm and Melanda Park, and festive drinks by Freeman Vineyards, Wildflower Brewery, Hunter and the Harp and a heap more. You’ll also find botanicals from Mayfarm Flowers and Christmas puddings, mince tarts and gingerbread from Flour and Stone, Nonie’s Foods and Gumnut Chocolates.

When: Saturday 21 December, 8am - 2pm
Where: Carriageworks, Eveleigh 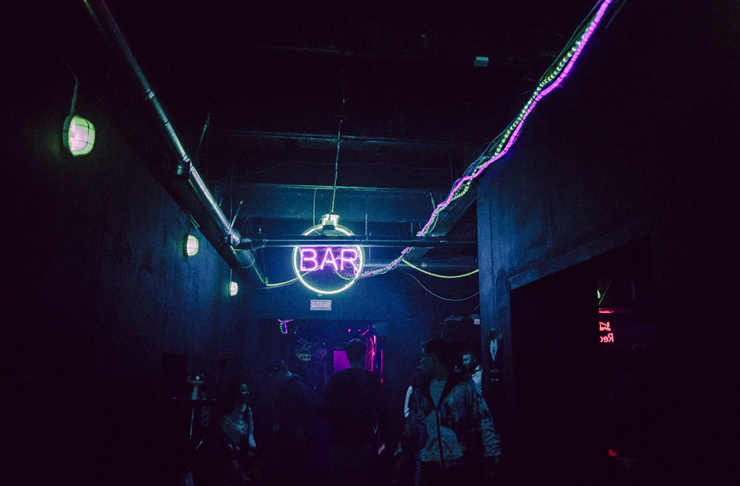 Big news Sydney, West Coast royalty and electro innovator Egyptian Love is descending on Sydney this December. For one night only he'll be bringing a bag of old school electro heaters, his 808 and a call for all freakaholics (that’s you) to take two steps to the dance. Hosted by the one and only Stelly G, plus boss level DJs, Merph and Simon Caldwell keeping you limbered pre and post Egypt—this next-level party will be cranking until 3am Saturday.

When: Friday 13 December, 9pm
Where: Waywards, upstairs at The Bank, Newtown

Kicking off on Sydney shores this October, KURIOS will be the entertainment company’s 35th production. This time around, the story will follow an ambitious inventor who defies the laws of time, space and dimension so he can reinvent everything around him. In doing so, the visible becomes invisible, perspectives are transformed and the world is literally turned upside down. You’ll catch deep-sea contortionists that embody electric eels, Rola Bola the fearless aviator and a heap of quirky, imperfect and dysfunctional robots.

When: Every day until Sunday 29 December
Where: The Showring, Entertainment Quarter

Rolling in for the sixth time over, Marrickville Bowling Club’s NAG NAG NAG is back in 2020. This two-day underground music blowout will be packed to the rafters with a mammoth line-up (which you can scope right here) which means all the new music you can imagine. Head here for tickets. 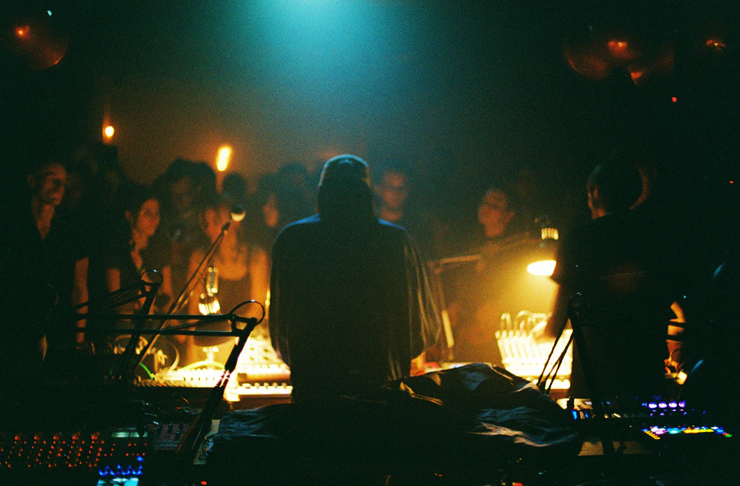 Kick-off the new year with one of Sydney’s greatest street parties. This multi-arts festival from the party legends at Heaps Gay is locked to be packed with live music, sound selectors and installations. The line-up is yet to drop so stay tuned right here.

Out of Bounds Festival

Sydney, we’ve just scored a brand-spankin’ new music festival for summer and how’s that for kicking off the new year? Taking place at the Campbelltown Athletics Centre (yes, on the actual running track), this juggernaut blowout will bring a tonne of music talent to the heart of the south-west suburbs. On the juicy line-up you’ll find The Rubens, Mallrat, Illy, Waax, Graace, Trophy eyes and a heap more. Head here for tickets.

The Big Bounce Australia has just announced it’s bringing the world’s biggest bounce house to our shores, which means a 300-metre inflatable obstacle course and a three-part space-themed wonderland is imminent. You’ll want to draw your attention to the adults-only sessions because tickets give you three hours worth of unlimited access to The Giant and airSPACE courses plus a timed slot for jumping around on The World’s Biggest Bounce House within your three-hour slot. 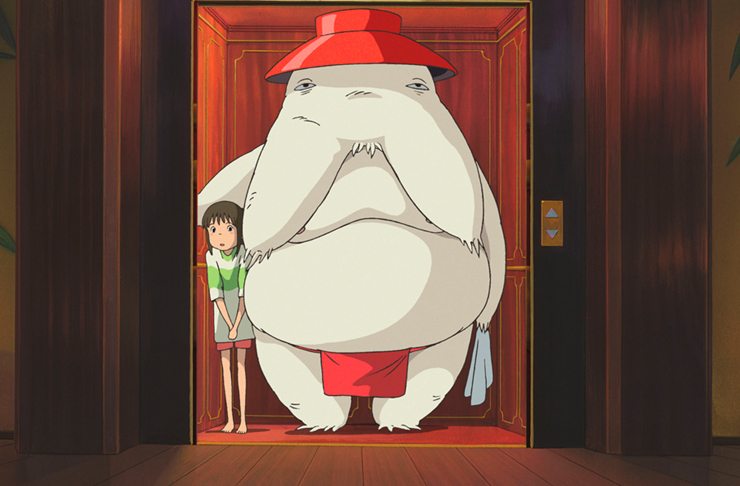 Headed by animation legend Hayao Miyazaki, Studio Ghibli has created renowned works inspired by the traditions of folklore and fantasy in Japanese art and to honour this, the Art Gallery Of NSW is dedicating an entire month to screening the studio’s most iconic films. Every Saturday afternoon between January 11 and February 8, 2020, the gallery will screen Ghibli films in its Domain Theatre for just $12 a session, which means you’ll get to see the likes of Spirited Away, Kiki's Delivery Service, Princess Mononoke, My Neighbour Totoro and Pom Poko—all on the big screen again.

When:  Saturday 11 January until Saturday 8 February, Saturdays only from 2pm
Where: Domain Theatre, Art Gallery of NSW

FOMO Festival 2020 is around the corner, and freaking Lizzo is headlining. There’s no denying it, 2019 was Lizzo’s year. The flute-playing queen has been ripping up the charts (if you haven’t belted out Truth Hurts in the shower you’re lying!) and now you’ve got the chance to witness her magic live. Joining the Good As Hell singer at FOMO are a slew of international big hitters like Brockhampton, DJ Kaytranada, Jax Jones, Madeon and Rico Nasty. Repping Australia on the big stage is Sydney MC Chillinit and triple j Unearthed gem Ninajirachi.