With an expected audience of 12 to 15 thousand people over the next few days, Sydney Contemporary is the first art fair of its kind for Sydney. Not just an occasion for the serious collector, works start at around $2,000, and work their way up to the most expensive piece on offer, Damien Hirst's Transportation, 2008, at a cool $900k.

Launched by Tim Etchells (co-founder of the prominent Hong Kong Art Fair) and under the direction of Barry Keldoulis, Sydney Contemporary marks the first time Carriageworks' entire space has been utilised for a single event. Up until a few weeks ago George Miller's Happy Feet production team maintained residence in half the space.

Over 83 local and international galleries have relocated for the weekend, representing 300 artists and bringing over 1,000 works with them.

Director Barry Keldoulis, having just returned from John Kaldor's home where he conducted an intimate and rare tour of the family's incredible contemporary art collection, led a second tour for the morning throughout the Sydney Contemporary space. Read on for some of our Sydney Contemporary highlights. 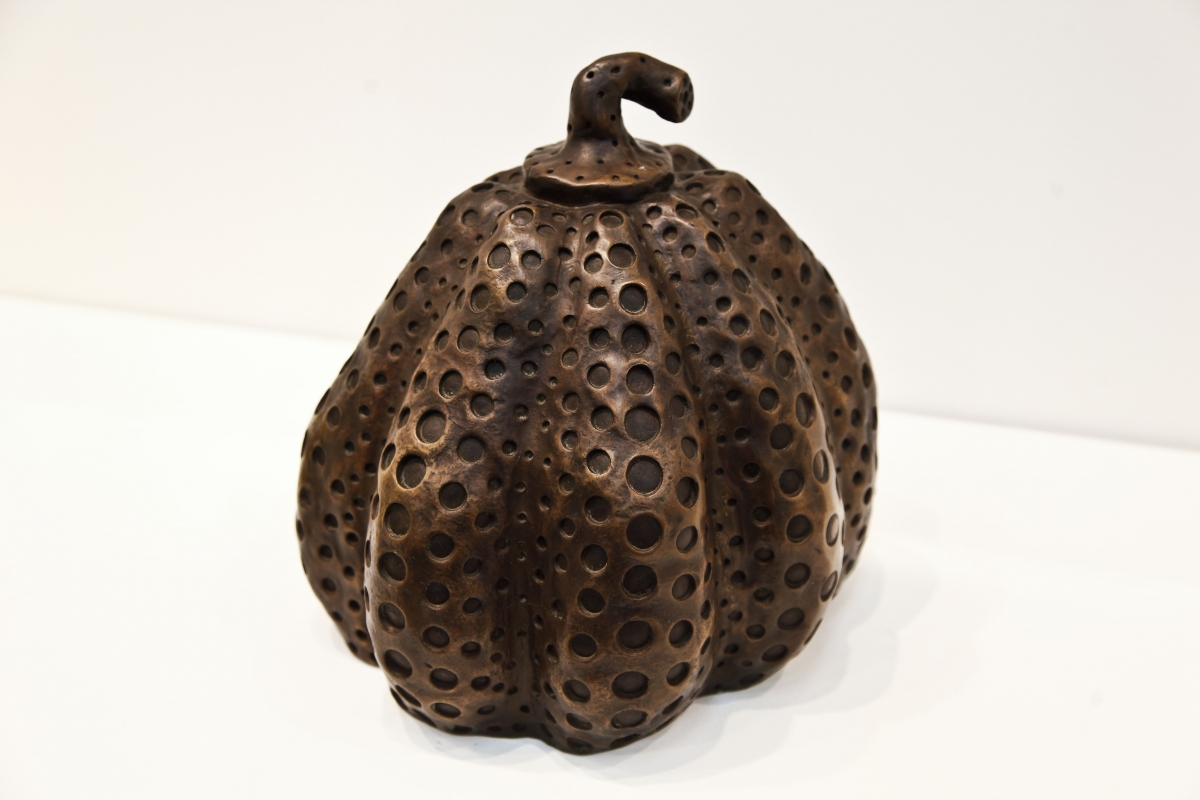 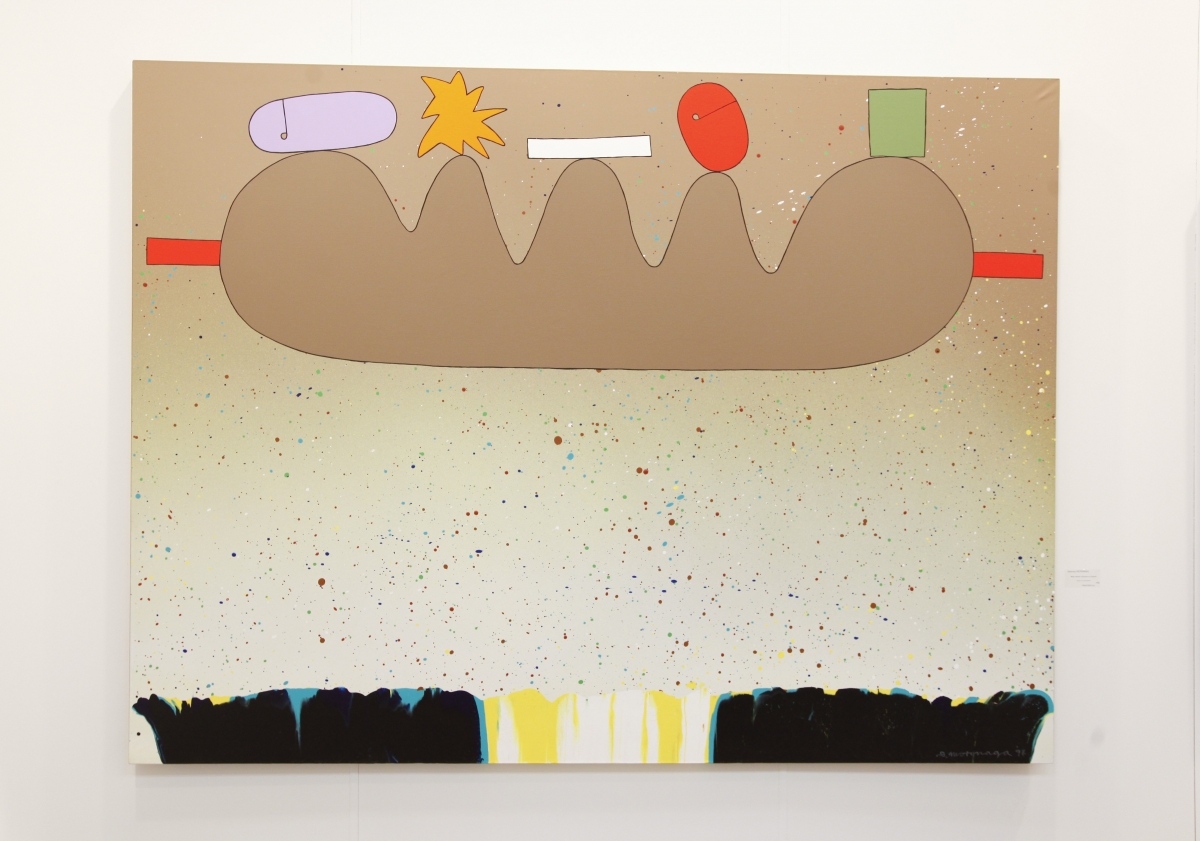 Based in Tokyo and founded in 1967, Whitestone Gallery's collection includes some extraordinary works by a number of Japanese masters. Yayoi Kusama, Hiroshi Semju (the youngest artist they represent at age 59), Sadamasa Motonaga, Kazuo Shiraga and Chiyu Uemae (their most senior artist at 93 years of age) are represented by Whitestone Gallery. 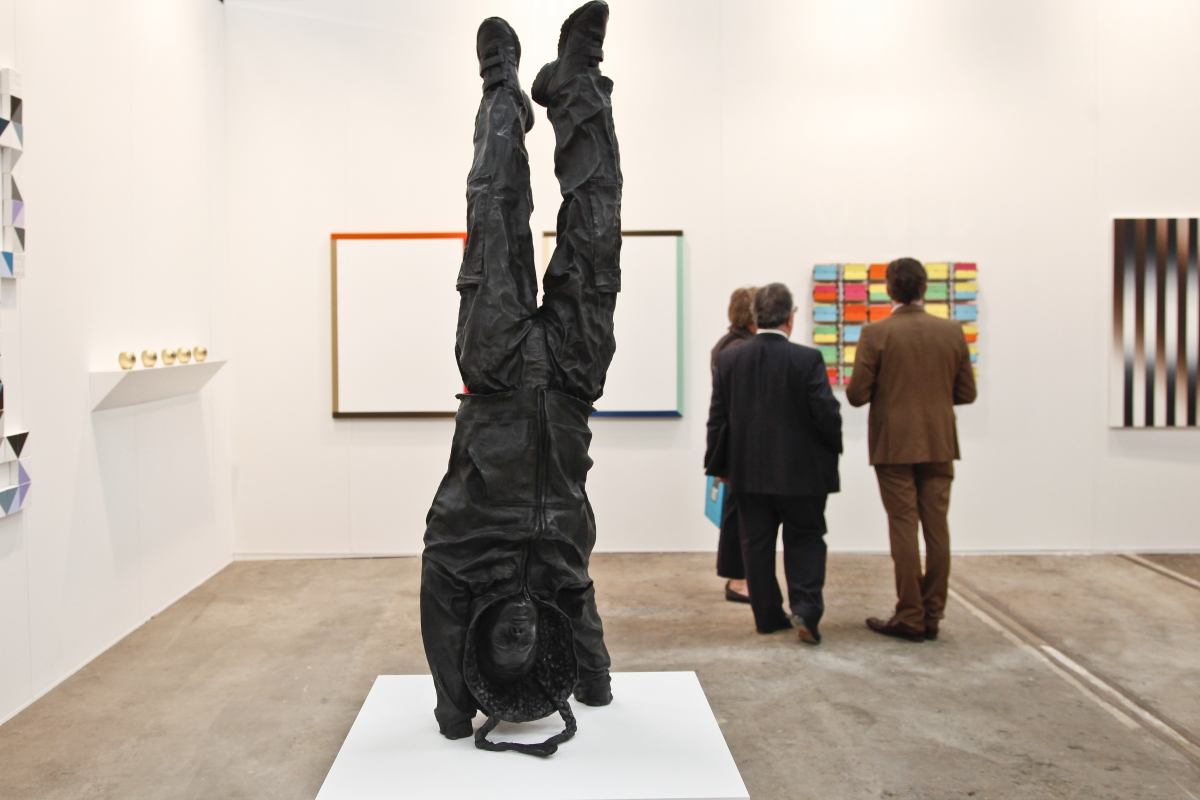 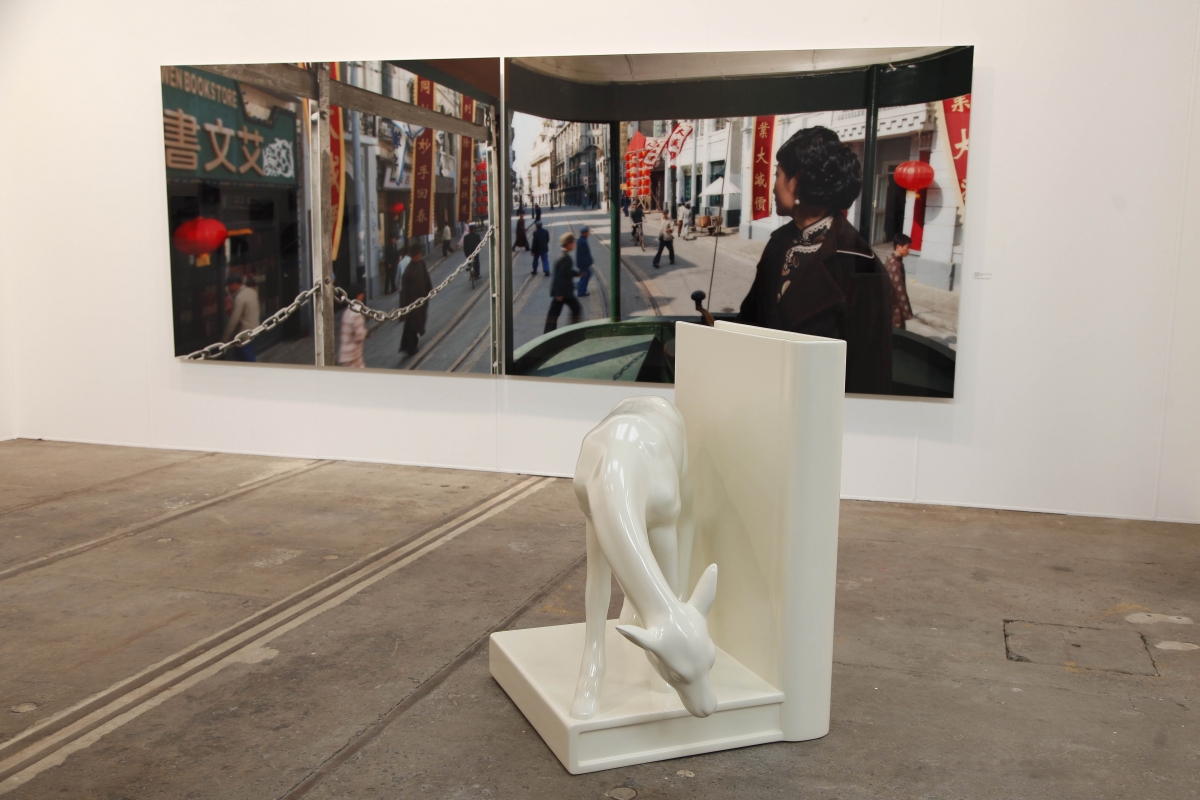 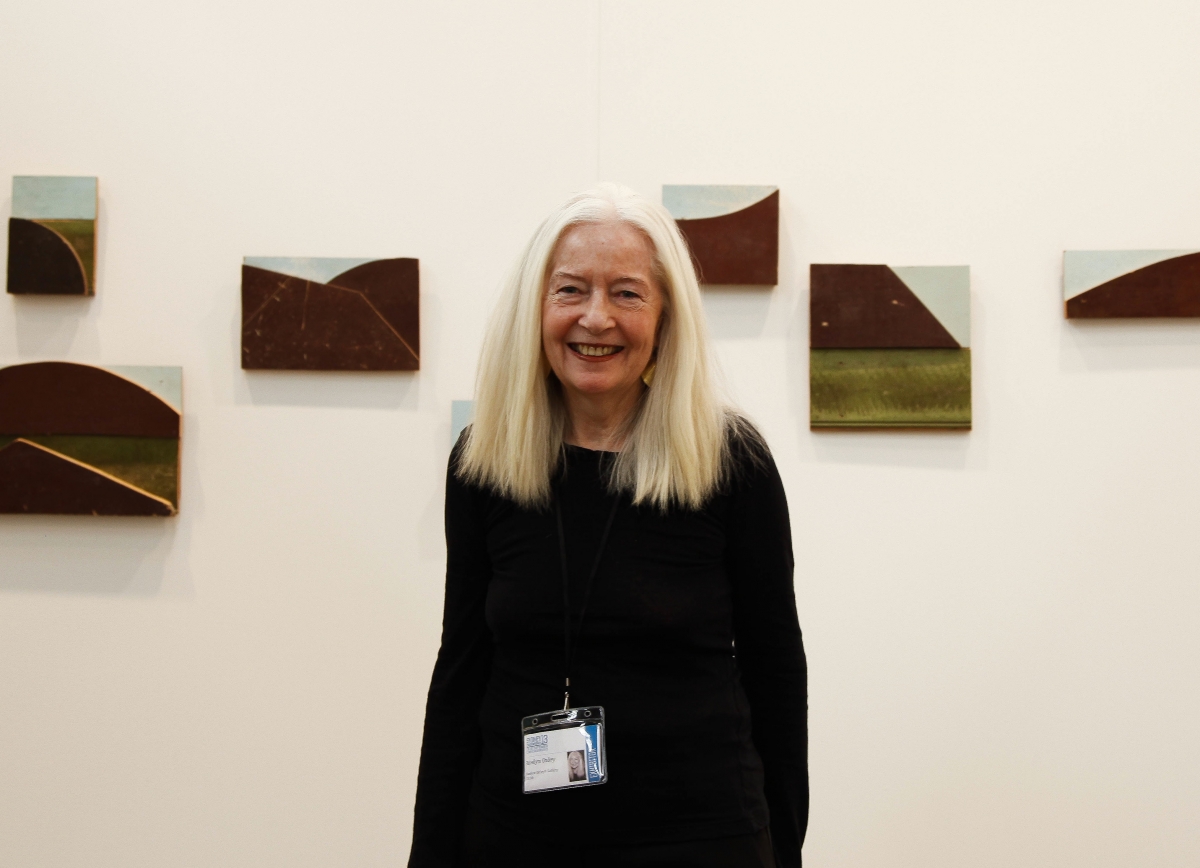 Renowned Sydney-based Roslyn Oxley9 Gallery exhibited a very beautiful and uniquely yellow Dale Frank, She was clearly a lesbian because she always has a good swig of whiskey in her white wine, 2013, along with works by Michael Parekowhai and Rosalie Gascoigne. Roslyn was on hand to share more about her artists and the collection. 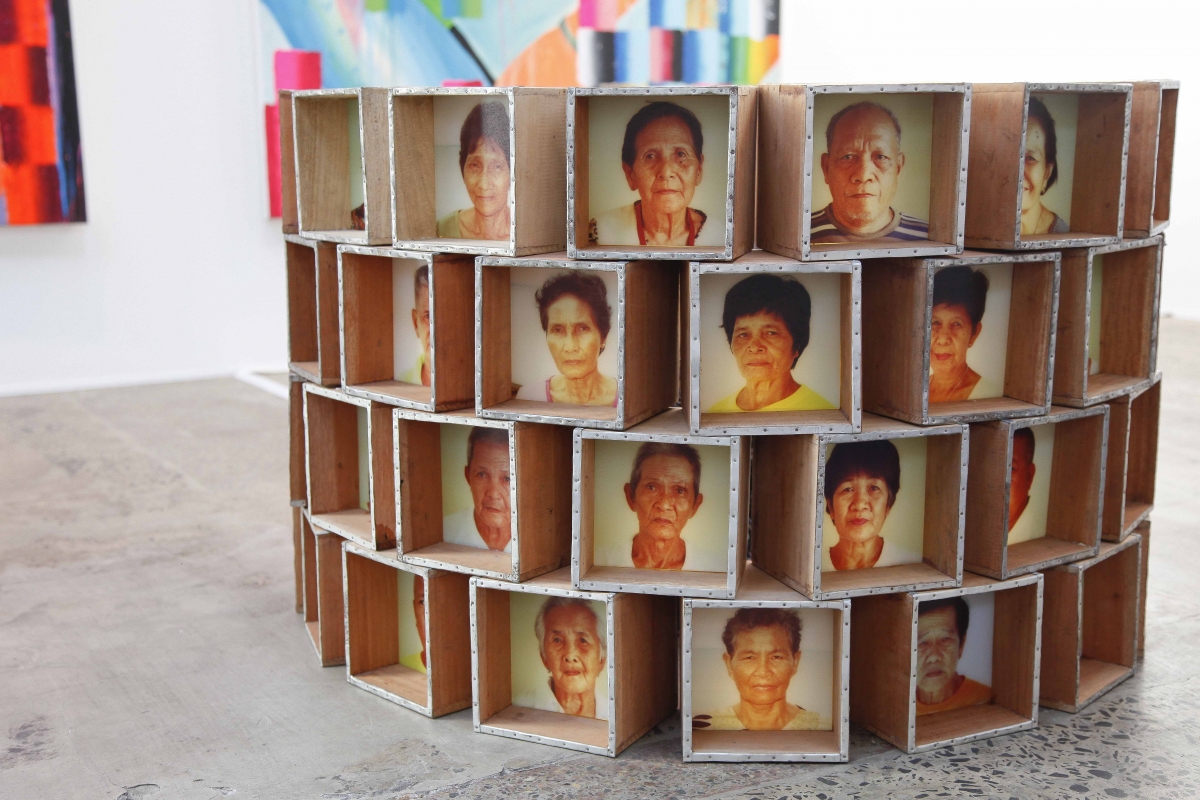 Philippines-based The Drawing Room is a contemporary gallery located in Makati City. The gallery represents Filipino artists whose works combine cosmopolitan, urban thinking with personal and cultural histories. Alfredo and Isabel Aquilizan's stunning set of tin crowns (pictured top of page) offers a wonderful juxtaposition between the regal associations of such an item, whilst being comprised of old soup, tuna and condensed milk cans. Additionally, Diokno Pasilan's Gantangan ID references agricultural life using the gantangan boxes (the typical measurement for rice and produce in the Philippines) to house the profile pictures of a village's community. 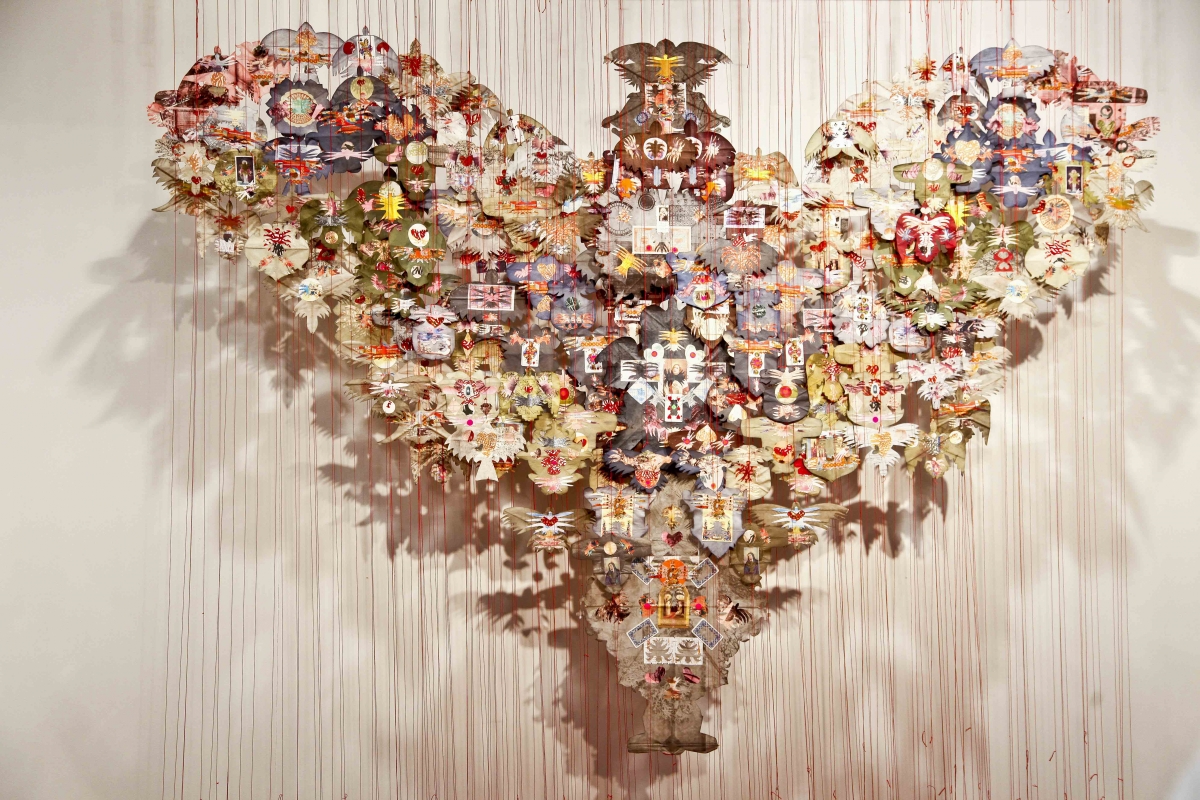 Opening its doors just this year, .M Contemporary is exhibiting as part of the Project Contemporary section of the fair, devoted to galleries less than three years. A collection of artist Lyndi Sales' work is the focal point of .M Contemporary's display. 159/296 is a large, beautiful installation representing the lives lost in the tragic Helderberg plane crash of 1987; Lyndi's father died on the flight. Thought to be caused by the South African regime in power at the time, the lives lost were mainly South African and Taiwanese nationals. Lyndi Sales is based in Cape Town, South Africa. 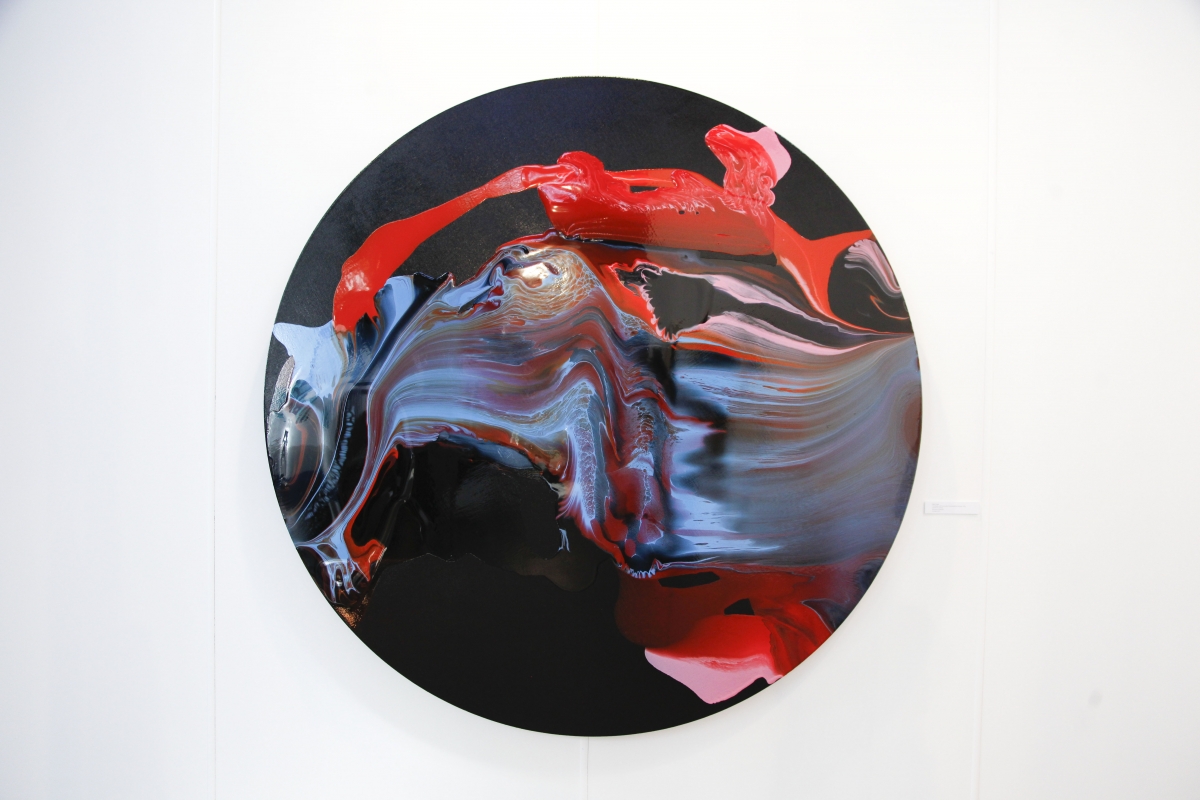 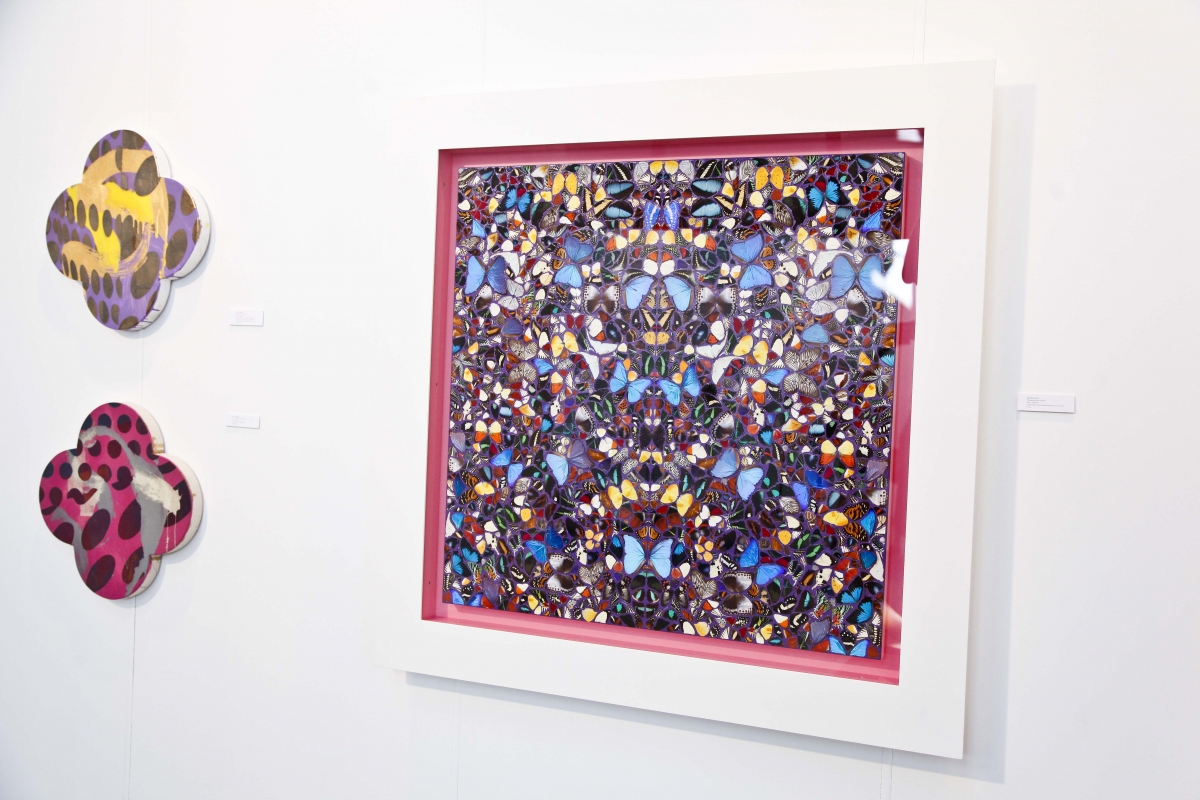 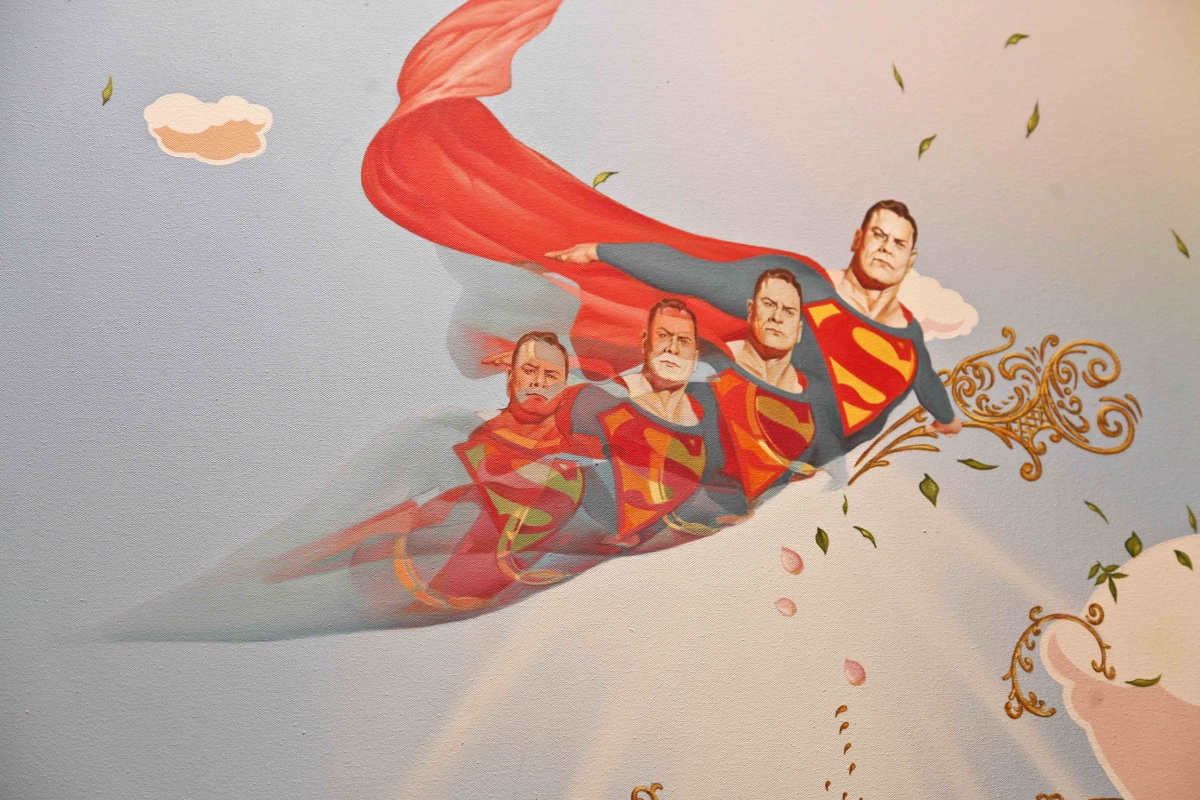 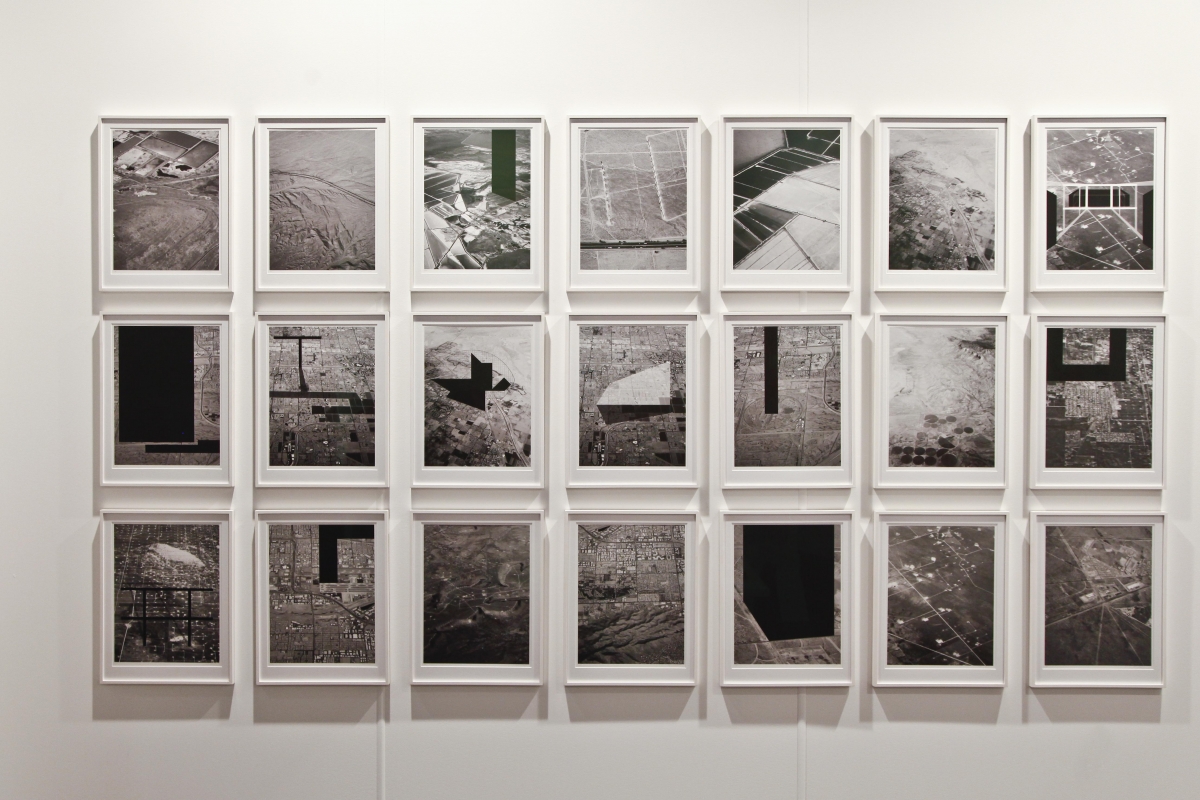 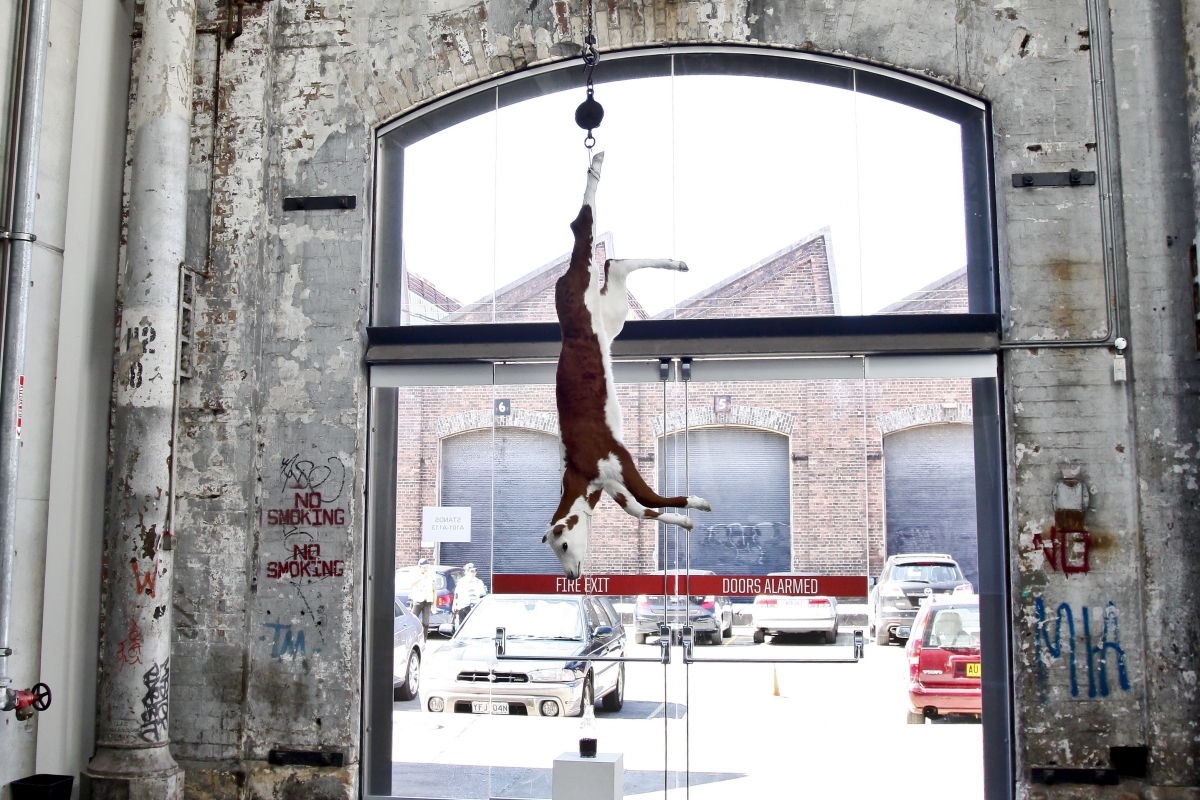 Julia DeVille 'It's a Wonderful Life' 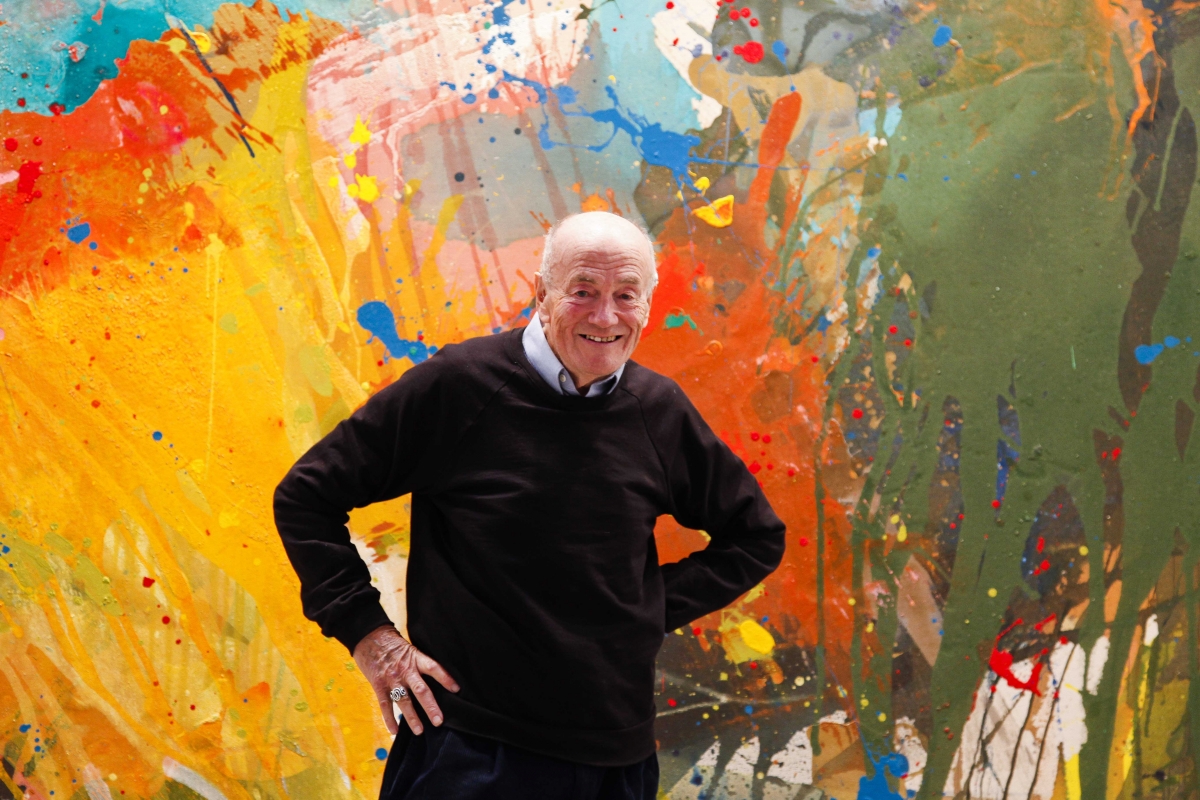 An absolute highlight of the fair is the Sydney Ball collection from Sullivan+Strumpf gallery. Australia's iconic abstractionist, Sydney Ball, celebrates his 80th birthday this October and in a wonderful move by Sullivan+Strumpf gallery, Sydney Ball's October Fields, 1976, is being exhibited for the first time and on sale for $150k. In addition to Ball's major work, modestly priced acrylics on paper starting at $3,600 are for sale, as well as screen prints from $3,150. What an incredible way to start your contemporary art collection but with a Sydney Ball no less!

TUL Note: Jasper Knight and Isabelle Toland's The Hangman's Scaffold is a standout feature of the Installation Contemporary (pictured below). 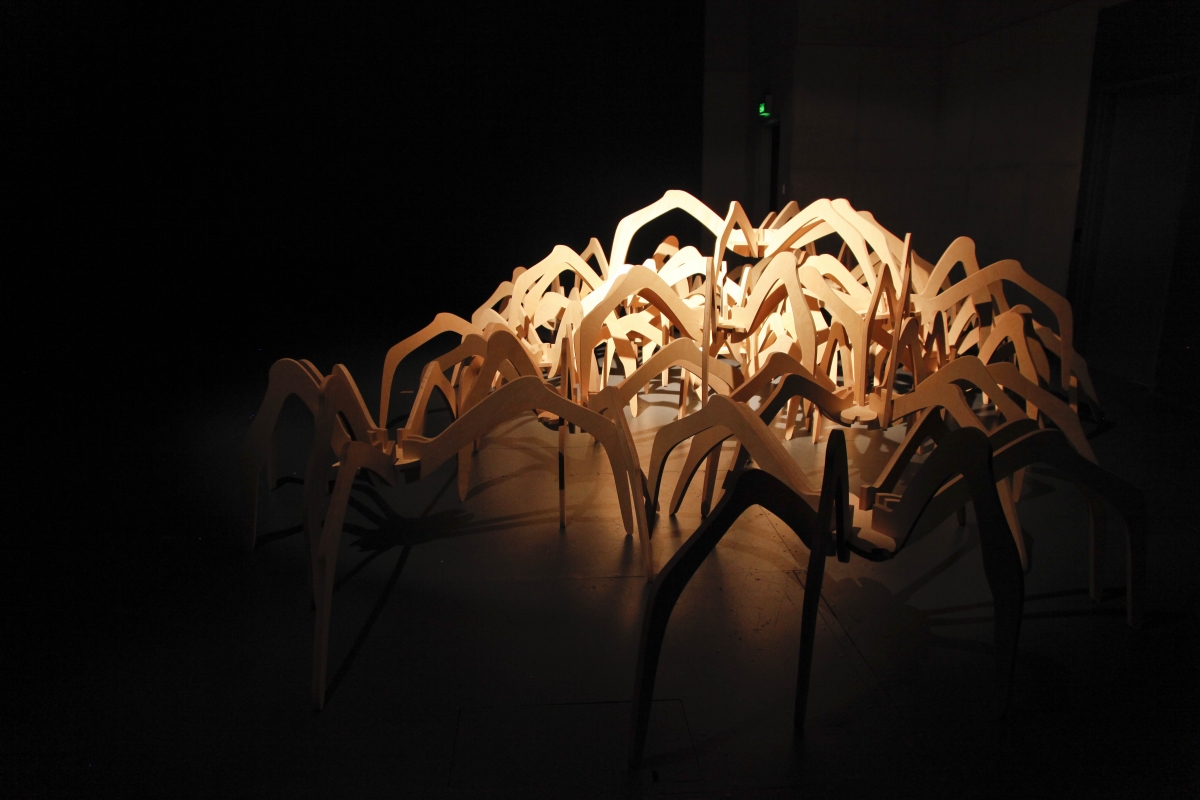 Tickets are available at the door of Sydney Contemporary, Carriageworks Eveleigh, over the weekend—$25 per adult and $15 per concession. Opening Hours are Saturday 10am – 6pm and Sunday 10am – 5pm.