With a career spanning 50 years, Sydney Ball is a legendary pioneer of Australian Abstractionism. A colourist through and through, Sydney continues to push the boundaries of Australian contemporary art—even today.

On the eve of his 80th birthday, Sullivan+Strumpf is celebrating Sydney Ball's extraordinary lifetime of achievements with The Stain Paintings series 1971 - 1980. This collection marks Sydney's return from New York in the early 70s, when he was particularly inspired by Australia's intense natural light.

The works come from the artist's personal collection and have not been seen since the 70s, one of the works has never been exhibited. Sydney was initially reticent to share these paintings:

"I felt hesitant when Joanna [Strumpf] and Ursula [Sullivan] suggested they wanted to put on the show, The Stains, because you see the size, I thought 'My god I don't think they know what they are getting themselves in for'. All the stretches had to be made, works had to be stretched and you can imagine I know how difficult it is to stretch something like that."

The scale of The Stain Paintings series is something to behold; above, Sydney is pictured standing in front of October Fields 1976, which sits at close to five metres in width and three metres in height. The largest work in the series is Great Falls 1975 - 1976, which is close to six metres in width, pictured below and in situ left, at Sullivan+Strumpf.

Joanna Strumpf and Ursula Sullivan stumbled across these grand works when visiting Sydney at his Glenorie-based studio. Hidden away under aging bubble wrap sat ten immense rolls of Sydney's paintings. After some convincing Joanna and Ursula discovered "absolutely some of the best paintings we had ever seen." It has taken ten years to bring this show to fruition, and what better occasion than Sydney's 80th birthday.

"It is really a time to celebrate the achievements and these works are such a massive achievement," says Ursula.

Walking into this exhibition is like walking into an explosion of colour, which in spite of its resplendent intensity does not inflict the experience upon the viewer; rather it draws one in—into Sydney's Abstractionist sphere. 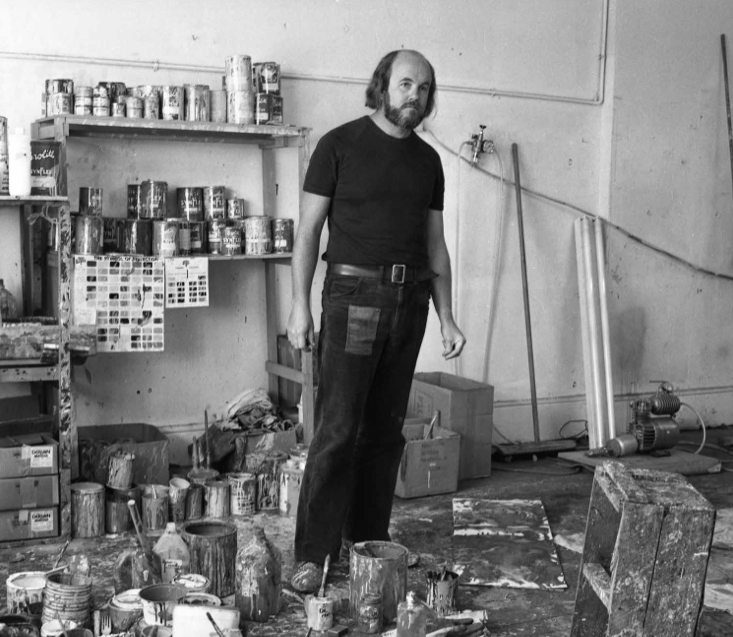 It was during the 1960s Sydney first headed to New York, in order to study at the influential The Art Students League. It was here he met lecturer Theodoros Stamos who introduced him to the New York School, which involved Mark Rothko, Lee Krasner, Robert Motherwell and Willem de Kooning.

"Travelling to New York as an art student, that was very exciting because I met virtually the gods of painting in New York, they really were, and I became good friends with Rothko [Mark] and the family. And it was just that whole learning experience and gathering information, which just put me on the right track. Once I got that, it was like having the knowledge—you found out how you wanted to express your life."

Sydney returned to Australia bringing with him his immersion in the world of Abstraction. The colour present in the Canto series from 1965, Sydney attributes to his formative years in New York. 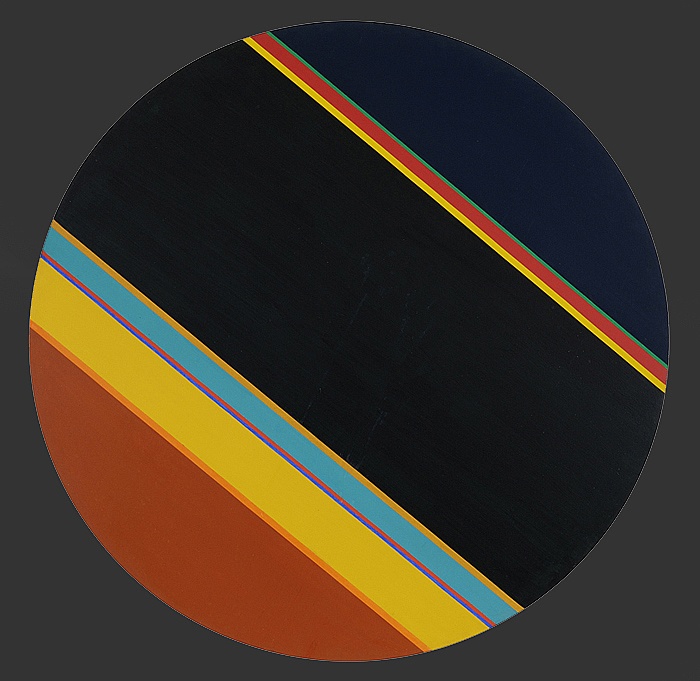 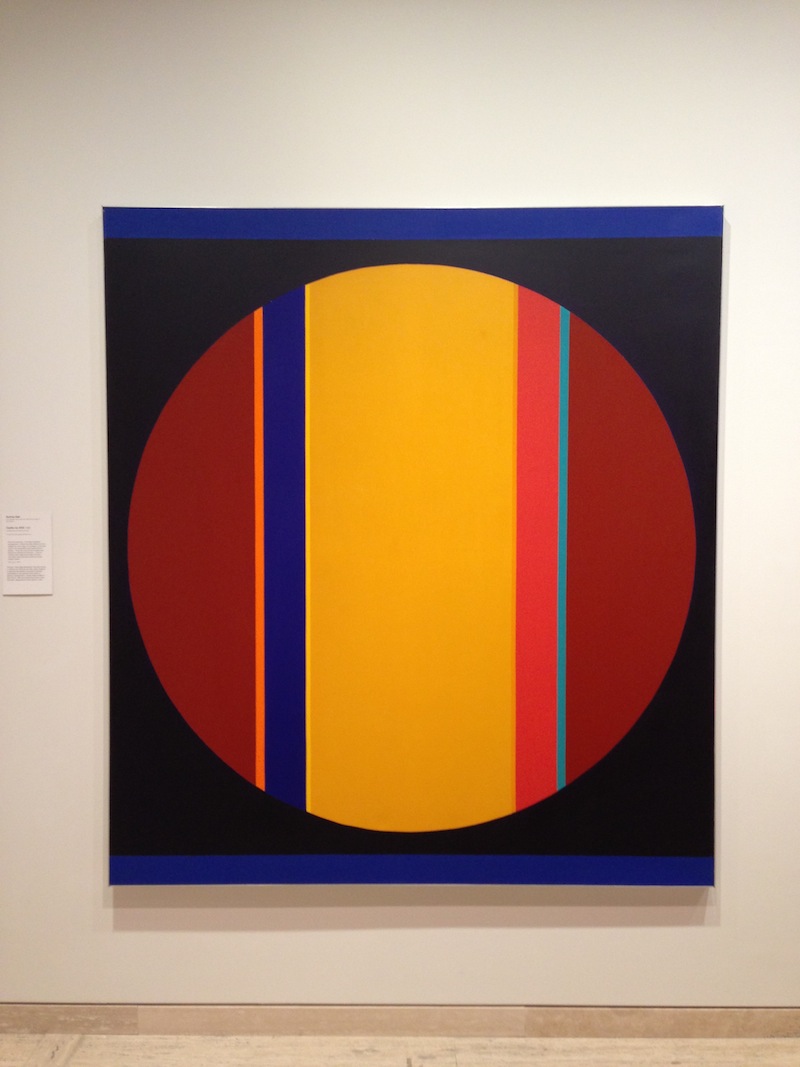 "Just seeing the major paintings and the New York artists, but also the international artists and the Museum of Modern Art. If you had a day where things weren't working for you, you could pop along to one of the museums and see that some of these artists, they couldn't resolve a problem either. So it gave you a sense of—you are not such a dim wit after all."

The bold originality of the Canto series with its framed circles and signature coloured bands, significantly impacted the Australian art scene, a number of the series hold pride of place today in the Art Gallery of NSW [and are some of my personal favourites]. Sydney proceeded Canto with the stunning Persian and Modular series, cementing his role as Australia's iconic hard-edged Abstractionist. 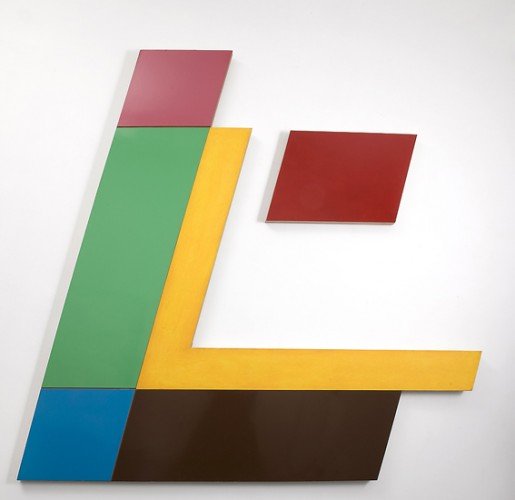 Today, works from throughout Sydney's career are held in Australia's major gallery centres and are represented in over 70 collections worldwide, including the Museum of Modern Art, New York; and The National Museum of Contemporary Art, Seoul.

"With New York painting, what the artists of the New York school developed, from [Barnett] Newman and Mark Rothko, was blow Cubism we'll push colour horizontally, we'll push it across the picture plane. And of course the people that did that before these two guys, one was Matisse and one was Monet with the Water Lilies series. You had this beautiful expansion of colour, took out the horizon line that would have made it a landscape per se, flatten the whole picture plane, rip that colour across magnificently..." 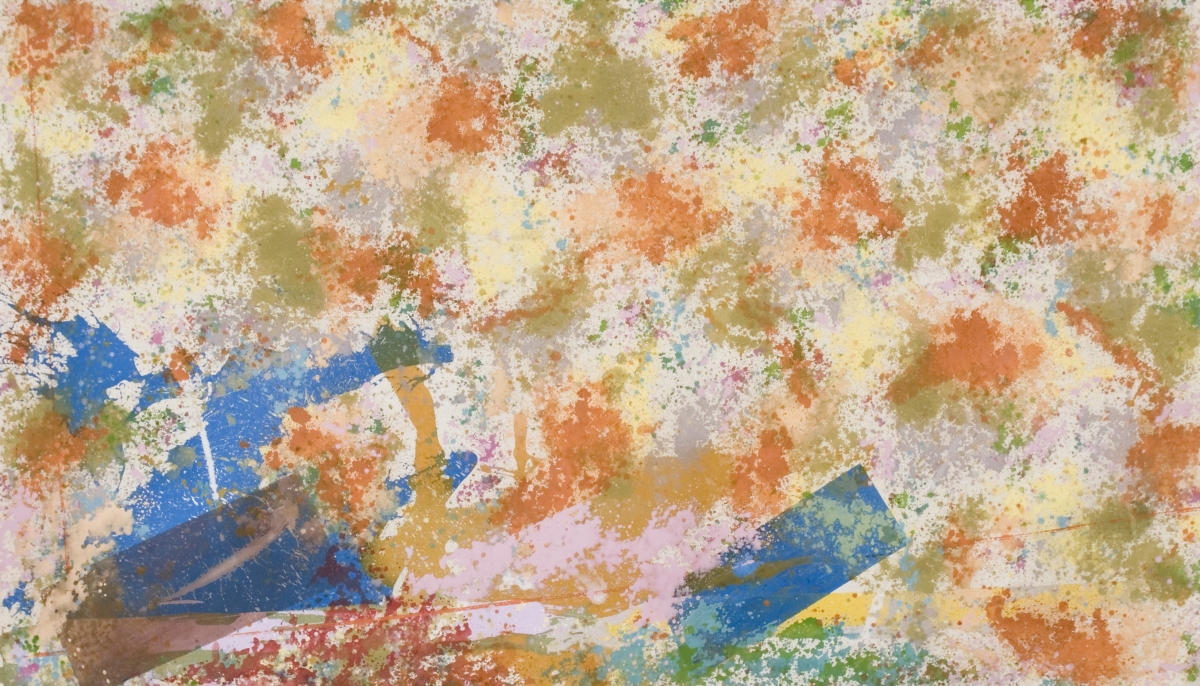 Sydney's Stain series comprises around 100 paintings, the earlier Stain and Opaque works characterised by the delicacy of the application and the use of stencils and even chicken wire, as seen in Mojave Blue (1971), Yellow Savanna (1972) and Jackson Summer (1973, in homage to Jackson Pollock pictured above). This reservation gave way to the Translucent Stains from 1976 onwards, where Sydney physically threw himself into the works, working around the paintings, which were placed on the floor, using brushes, brooms and squeegees to create these monumental works. It was here Sydney began to leave parts of the canvas exposed.

"One American female artist at the time, heavily, heavily influenced me…Helen Frankenthaler. A magnificent artist who said 'always let the painting have its own light', and that for me was important." 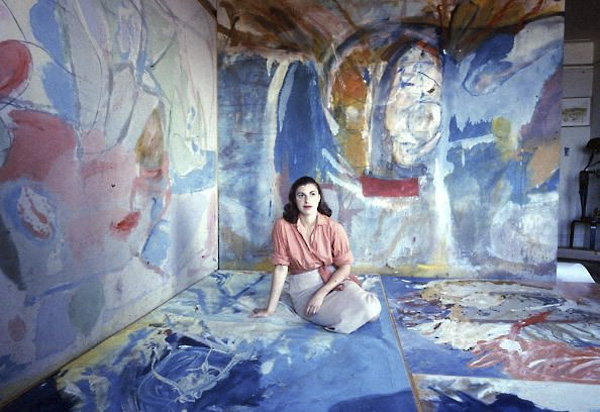 When asked if he remembers the physicality of the works Sydney laughs, "Oh my back does. It lets out a groan every time I come through those doors [laughs again]."

Sydney still works in his Glenorie-based studio every day, if he is not painting, he is setting up a new series, assessing the next direction and doing the preparatory work. "It's all to do with that research before I begin, if I don't do that I will never start a new series. It is just sussing out what's required, how it is going to be painted, how many works to be in that series and so forth."

The constant drive to evolve and work with colour has continued to propel Sydney forward, each new series he creates a further expansion on his ode to colour, space and light. In recent years his Structures (2007 - 2009) and Infinex (2010) series hold the same utterly relevant presence that those initial groundbreaking series emboldened upon the Australian art scene. 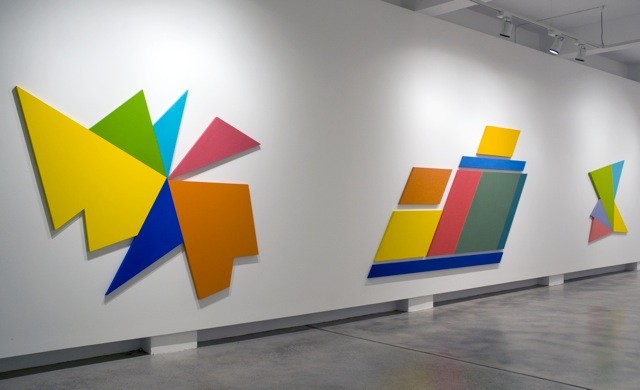 For Sydney, days before his 80th birthday and reviewing The Stain Paintings in situ after all this time, it is their continuing freshness that pleases him.

"It is just so beautiful, now to actually have them up on the wall and to see how well they still hold up."

The Stain Paintings 1971 – 80 officially opens this Saturday October 26 at Sullivan+Strumpf and runs until November 16. The Art Gallery of NSW's former director Edmund Capon will be speaking in honour of Sydney Ball's achievements. A beautiful 108-page, hardcover catalogue accompanies the exhibition, with a forward by Patrick McCaughey the former director of the National Gallery of Victoria and essay by arts author and critic Wendy Walker.