In recent years, the term “plant-based” has been getting its fair share of the spotlight in Sydney. For this, you can thank juggernauts on the foodie landscape like Alibi, Gigi’s, Bodhi Restaurant, Yulli’s, The Green Lion and Peppe’s Bondi for well and truly pushing plant-based menus and conscious cooking into the mainstream.

Adding to the wave of vegan innovation that Sydney is privy to thanks to chefs that champion all things plant-forward, newcomer Eden is one of the latest plant-based venues shaking things up in the vegetable eating space. Preaching wholesome food alongside glorious wine and fresh cocktails, the inspiration behind the menu has been led by local Bondi owners Simon Hill and Tanya Smart, with former Alibi chef de partie Claudia Pantoja as the brains behind the colourful menu. 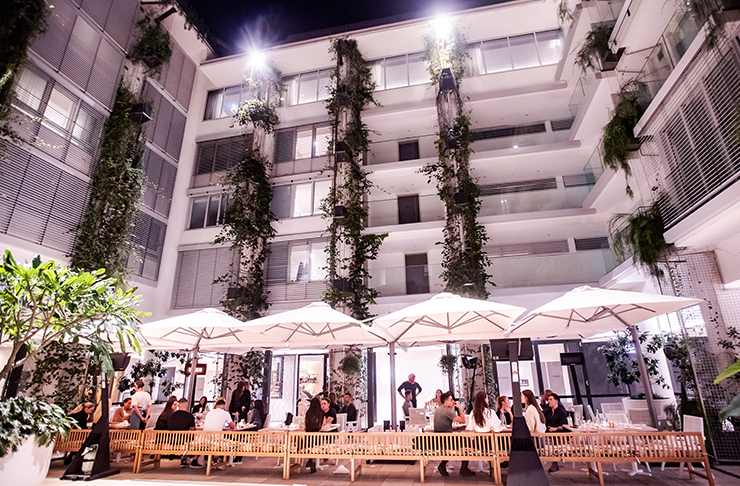 Located on level one of Bondi’s Pacific Building beside the entrance to QT hotel, Eden can seat up to 80 people. The venue’s intimate setting has been designed by Edward De Simone (whose team also handled the interior-porn happening down the road at Preach Cafe) and boasts spacious vibes with plush indoor dining and a simultaneous courtyard to catch the salty air.

On the atmosphere side of things, you’ll find plenty of natural foliage, fairy lights and natural furnishings like rattan chairs to spark your own interior dreams. 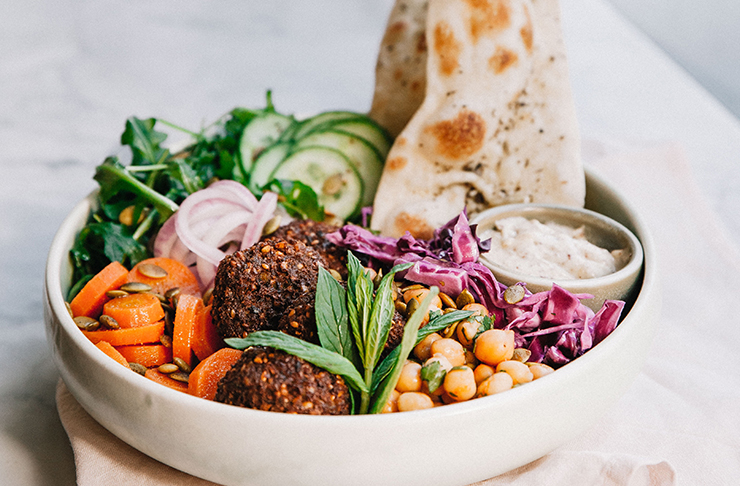 Unsurprisingly, the food portion of this place is very much where things are at. The menu spans everything from share plates (home to a selection of plant-based cheeses and house ferments) and salads, to heartier feeds like the “old fav’s” line-up. Expect plates of mushroom bolognese, a cheeseburger served on a sweet potato bun and a plant-based hot dog loaded with kraut, English mustard and pickles.

For now, the team here is only serving up dinner, though plans for brunch and lunch are in the works.here’s a sling of menu standouts to tick-off, your attention absolutely needs to directed to the “Green Goddess” pizza. The base sauce of this one is a combo of garlic, kale and pesto and she’s topped with broccoli, avocado, cashews, feta, tempeh crumbles and watercress. You could absolutely handle one of these on your lonesome, and for an extra punch, we recommend asking to add some pulled jackfruit.

Eden is also low-key serving up not only of best plant-based tacos—maybe one of one the best put together tacos in Sydney, period. Hit the battered fysh tortilla spread, paired with rainbow slaw, baja sauce, jalapeno salsa, pico de gallo and fresh lime—it’s packed to the brim with flavour and overflowing with fillings (just the way all tacos should be). 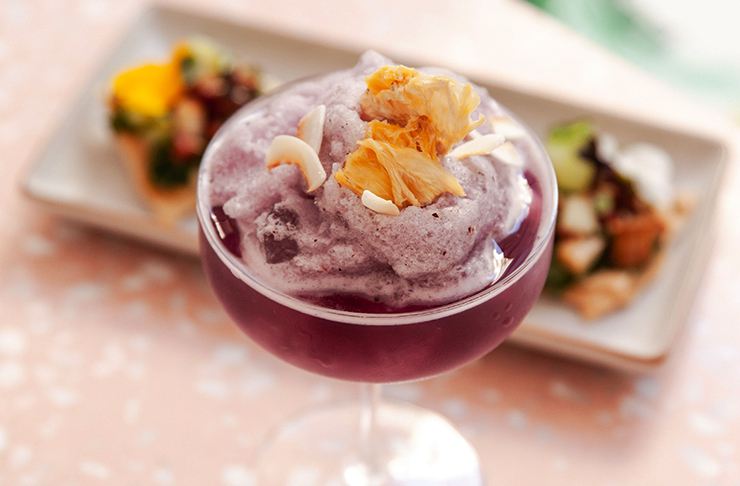 To knock back all the plant-based feeds, hit up the cocktail menu for concoctions like the “Garden of Eden”, a mix of biodynamic Hippocampus vodka, green Chartreuse, lemon, mint, cucumber and myrtle soda. If you’re looking for a sweet twist on a classic, also take note of the “Bondi Sour”, which is loaded with Old Tom’s Gin, grapefruit juice, lemon juice, Aquafaba, rosemary and grapefruit garnish.

And should you be riding the health kick wave, you can also work your way through Eden’s non-boozy cocktail list made up of a virgin espresso, an immune-boosting martini and a watermelon and kombucha brew.

Still hungry? Check out the best vegan restaurants in Sydney.