Cai Guo-Qiang presents his first Australian solo exhibition at GOMA in November this year. Born in China in 1957, and now based in New York, internationally acclaimed, his work is known for its literally explosive power. His recent solo projects include Cai Guo-Qiang on the Roof: Transparent Moment at the Metropolitan Museum of Art in New York, and I Want to Believe, an exhibition that achieved record attendances at the Guggenheim in New York, the National Art Museum in Beijing, and the Guggenheim Bilbao.

Cai has a long relationship with the Queensland Art Gallery having been included in both the second (1996) and third (1999) Asia-Pacific Triennales. Yet, as he relates below, neither project was delivered as planned.

TUL had coffee with Cai in Venice last month on the eve of the launch of significant new work as part of GLASSTRESS: White Light/White Heat at the Istituto Veneto di Scienze Lettere di Arti and discussed the pursuit of risk in his work, and his forthcoming exhibition at QAGOMA.

TUL: Cai, your work includes an element of risk. For the opening of GLASSTRESS in Venice the risk was physically present in the audience — glass vests, created for fictional suicide bombers, were worn by participants who mingled with the opening crowd. In Australia, safety is a big concern. Working with major institutions, do you find risky concepts a difficult path to negotiate? How do you secure their agreement to do things in the way that you wish?

Cai: This is always a challenge, but I have worked for many years with Queensland Art Gallery. Our past collaborations are full of colourful experiences and many stories to tell about safety and risk.

TUL: Can you describe your history with QAGOMA?

One of the early collaborations as part of the APT was in 1996. I was working with Andrew Clark, then Deputy Director, at the local fireworks company to prepare for our explosion project when an accident caused an explosion. Even though it had nothing to do with us, we had to run for our lives. Our videographer's camera was melted to pieces and Andrew's jacket was burnt through.

TUL: I didn't know how close that explosion came to the individuals involved!

The Queensland Art Gallery immediately released a statement to clarify that the accident was not caused by the artist. But even so we were forced to cancel the project, and the presentation.

Then in 1999 I participated in the next APT.  And I thought, since the last collaboration with pyrotechnics didn't go so well perhaps this time we'll do it simpler. We'll just have 99 boats, small boats, and put alcohol in them, and then light them as they sail down the river. That's going to be much easier. Unfortunately however all 99 boats sank to the bottom of the Brisbane River.

The river authorities wanted us to fish out the 99 boats before dawn. But even though my relationship with Queensland Art Gallery started with this series of unfortunate events, it has remained strong. Actually, we are comrades on the battlefield and in this situation your bond becomes tighter as time progresses.

TUL: How is this?

The first reason is that the Gallery understands and feels the importance and meaning of the challenges artists propose. And the second is that, even though the people we work with may change, the institution remains the same.  The QAGOMA mission is in line with the goal of the artist.

TUL: Do you believe that it is the role of strong art to make audiences feel uncomfortable? In the QAGOMA show opening later this year your Head On is an installation of 99 wolves crashing into glass.  Is audience discomfort a significant part of your intention?

The reason that I have strong messages or strong visual impact in my work is very deeply rooted in my upbringing in China. As I was growing up, the cultural revolution broke out and, in my youth, I was constantly seeing all kinds of different social movements, for example the Red Guards staging struggles. The Red Guards took down entire cities. There were many different kinds of armed activities and violence.

Another part of the cultural revolution was the feverish admiration of Chairman Mao — how all the Red Guards followed him without question. So, in my art, I have never once avoided elements in my past. I think art is a very good medium to capture the unease, the uncontrollability in our lives.

TUL: What else do you plan for the Australian exhibition?

There is a newly commissioned work called Heritage where people will be greeted by a beautiful lake surrounded by nature and represented by many different species of animals that are all reliant on the same pool of water.  The imagery may seem peaceful at first glance but it also carries sorrow and perhaps despair for the future.

TUL: Heritage was inspired by time that you spent on Stradbroke Island recently?

On Stradbroke I saw the beautiful lake surrounded by sand. But the work departs from there because it is also when I was visiting Stradbroke Island I thought of the distance between Australia and rest of the continental world and how Australia is often thought of or considered as the Last Paradise. I couldn't help but think about what that means to our future.  So, the work speaks to Australia but Australia is also where the work departs. It applies to the rest of the world as well.

TUL: Is there risk in fabricating this work?

The animals will be made in Quanzhou, my home town in China. The other elements will be produced locally — the sand and the fabrication of the pond and the entire water system.

The biggest challenge in the work is definitely the structure, engineering of the work. And several tons of water staying in the gallery space that will not start to grow algae.

TUL: The gallery is engaging consultants, hydraulic engineers, and pool specialists for this I believe. And the body of water will be in the main gallery of GOMA. Given your history with the Gallery, Cai, you would all be hoping for third time lucky?

This time we're not taking boats to the river, but we're taking the river into the gallery.

TUL: I don't know how superstitious you are but perhaps you need some kind of blessing for this.

I have always been very superstitious. The charm of art comes from the relationship between artists and the unseen world. The charm for viewers also consists of two different things.  The first is fate. And then there is also how viewers may reflect on life and society and see the similarities between the two. Every single time we create ignition I am very wary. I'm entirely reliant on the unseen artist that is behind me.  And the audience can feel the same way, but as soon as they witness the magical moment they too are thrilled. 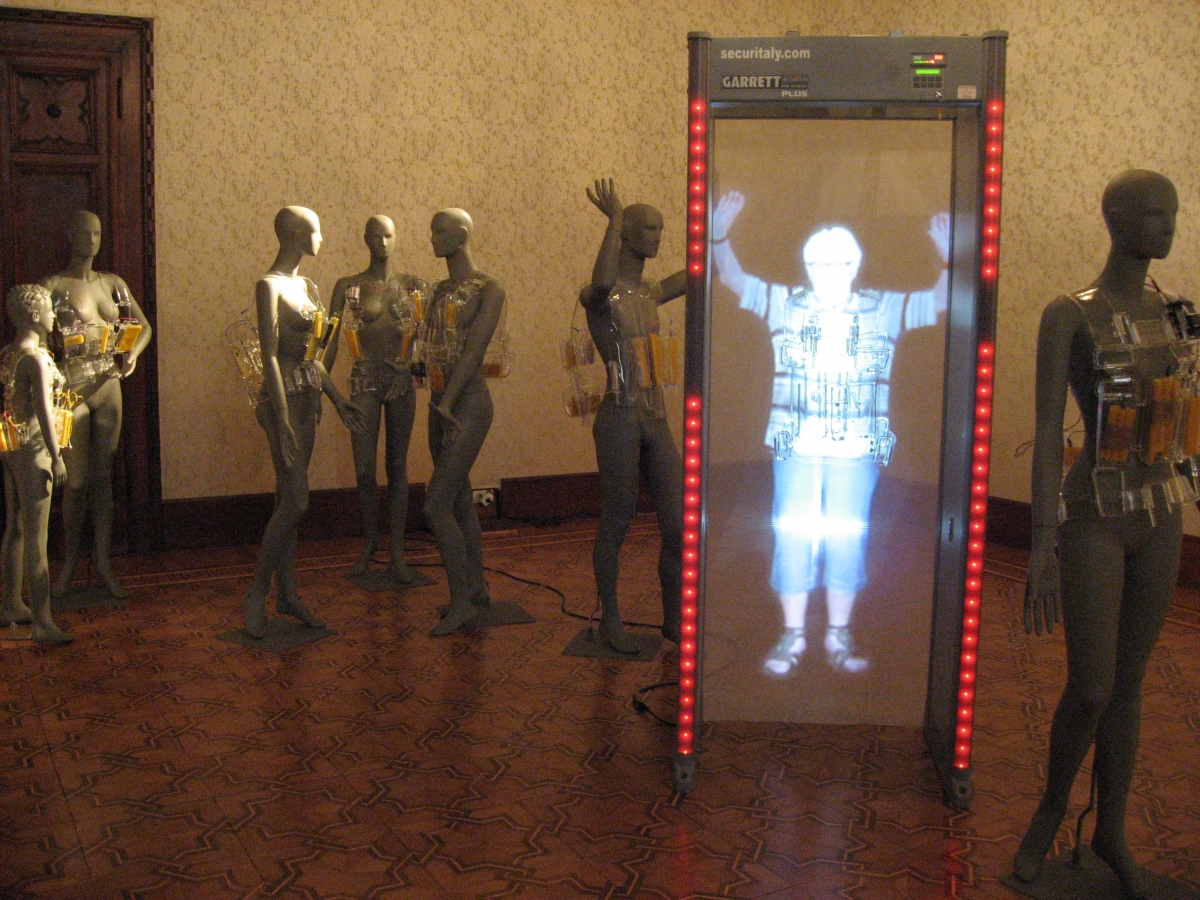 TUL Note: Louise Martin-Chew is co-director of mc/k art (with Alison Kubler) and their current project is the integrated art program for the redevelopment of the Brisbane International Airport. Louise attended the Press Preview/Vernissage of The 55th Biennale di Venezia between 29 May and 2 June. Her encounter with Cai was fun – and on this occasion risk-free.