8 Of Our Fave Gold Coast Beaches

You could be forgiven for thinking the Gold Coast is just one loooong stretch of sand, with nothing but the rugged good looks of lifeguards to mix things up along the way.

We know everyone has their own favourite, but here are eight of our faves among the best beaches on the Gold Coast. 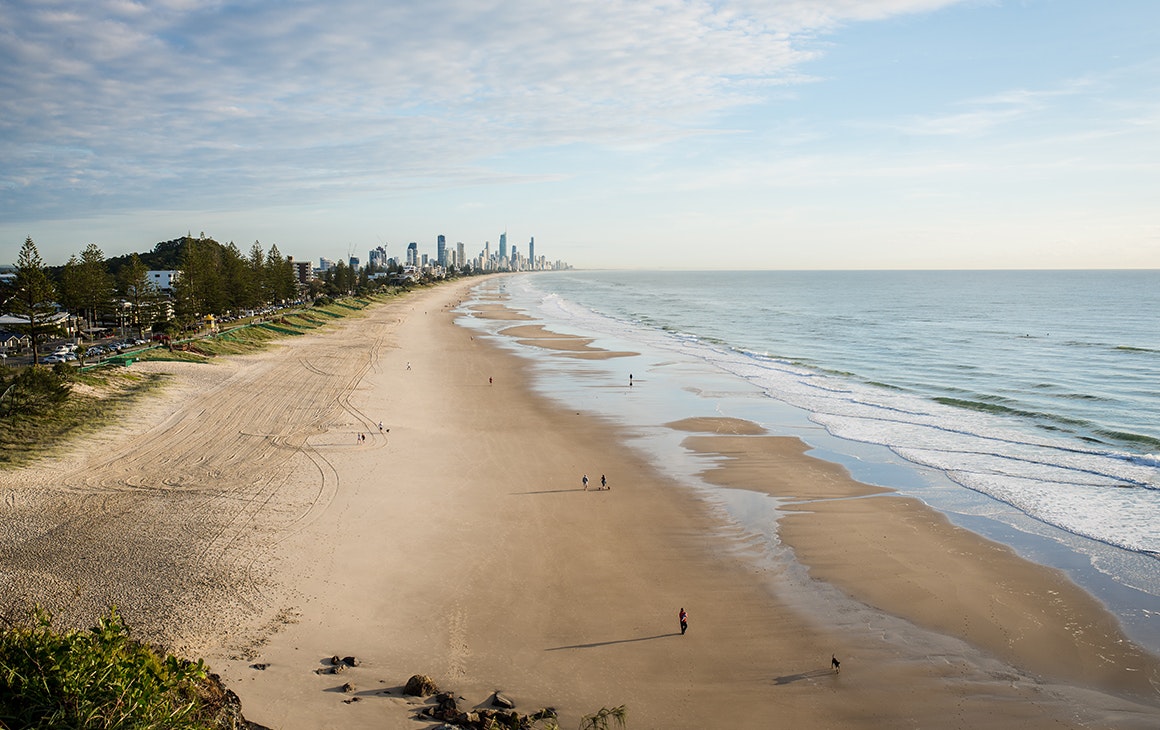 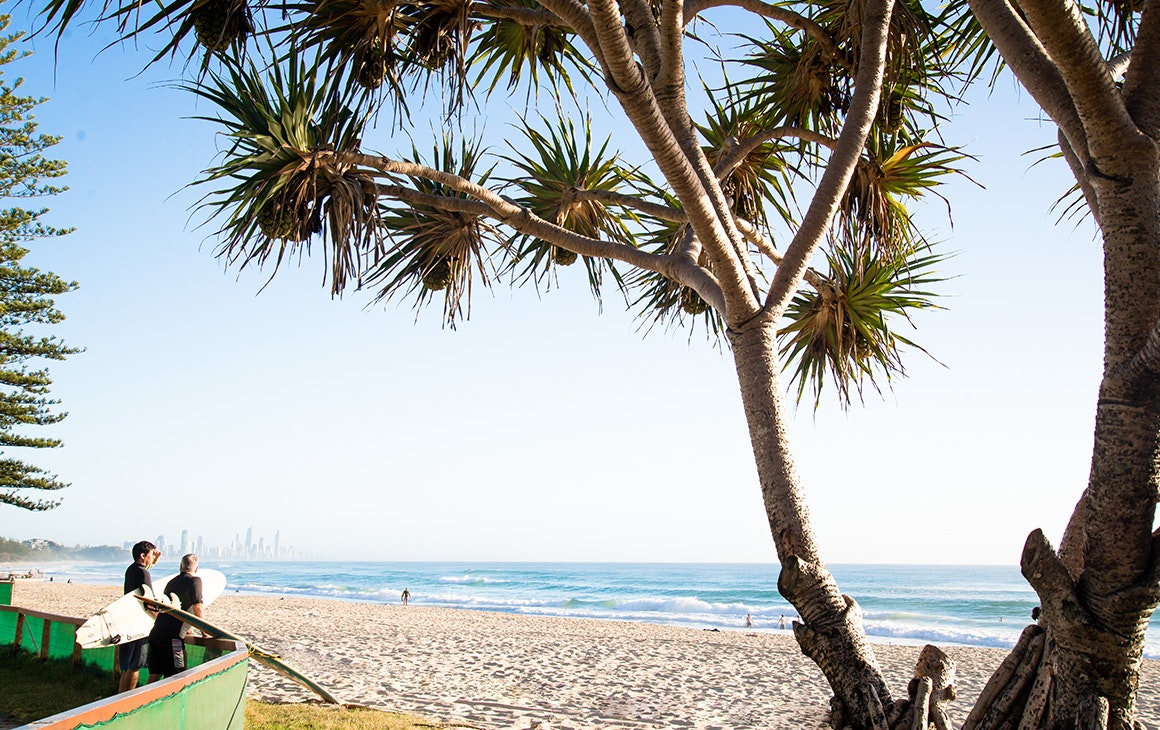 Queensland’s answer to Bondi, Burleigh Beach is a place where 14-year-old girls make summer memories watching boys surf and riding pastel beach cruisers with baskets full of fruit. Grown ups host family picnics in the park and those in the confusing mid age bracket swim nude by the light of the moon. No one is exempt from loving Burleigh. 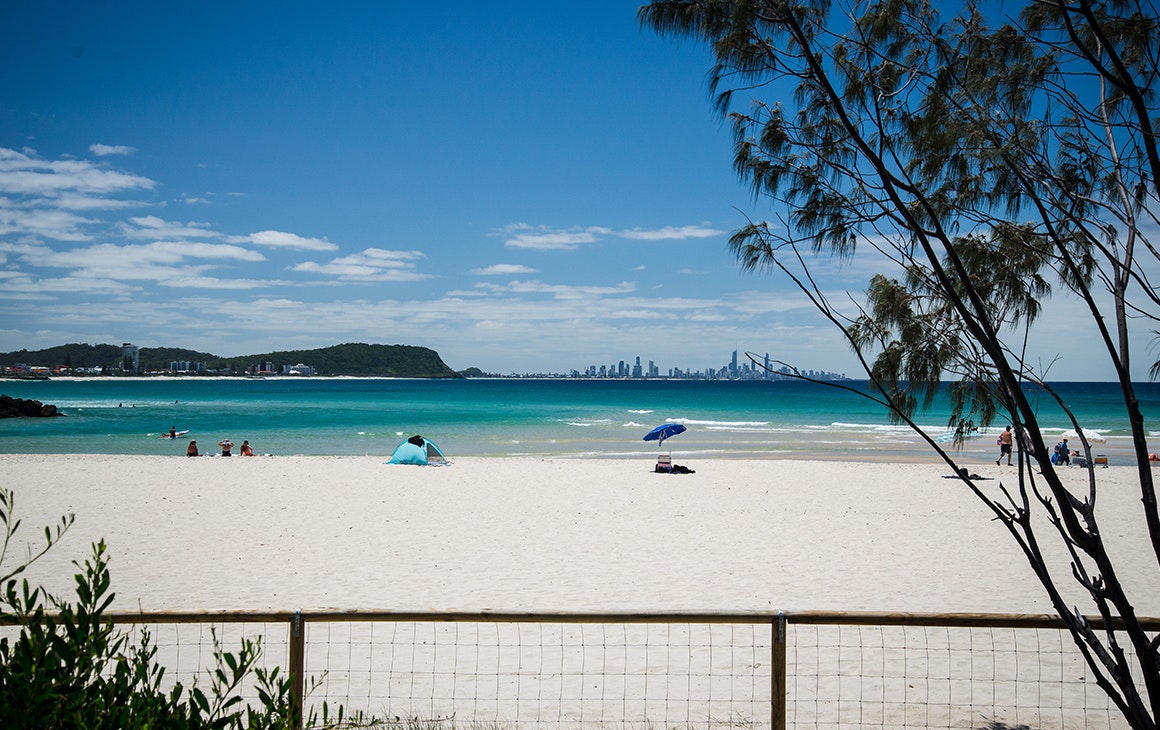 The word creek might not send you tripping over your feet with excitement, but rest assured the mouth of Currumbin Creek is a dream scene. As it sucks in and spits out the South Pacific Ocean, pods of dolphins are invited in for lazy afternoons gliding past stand-up paddle boarders and watching Gold Coasters act all Weiss Bar happy. Note of caution: bush turkeys. 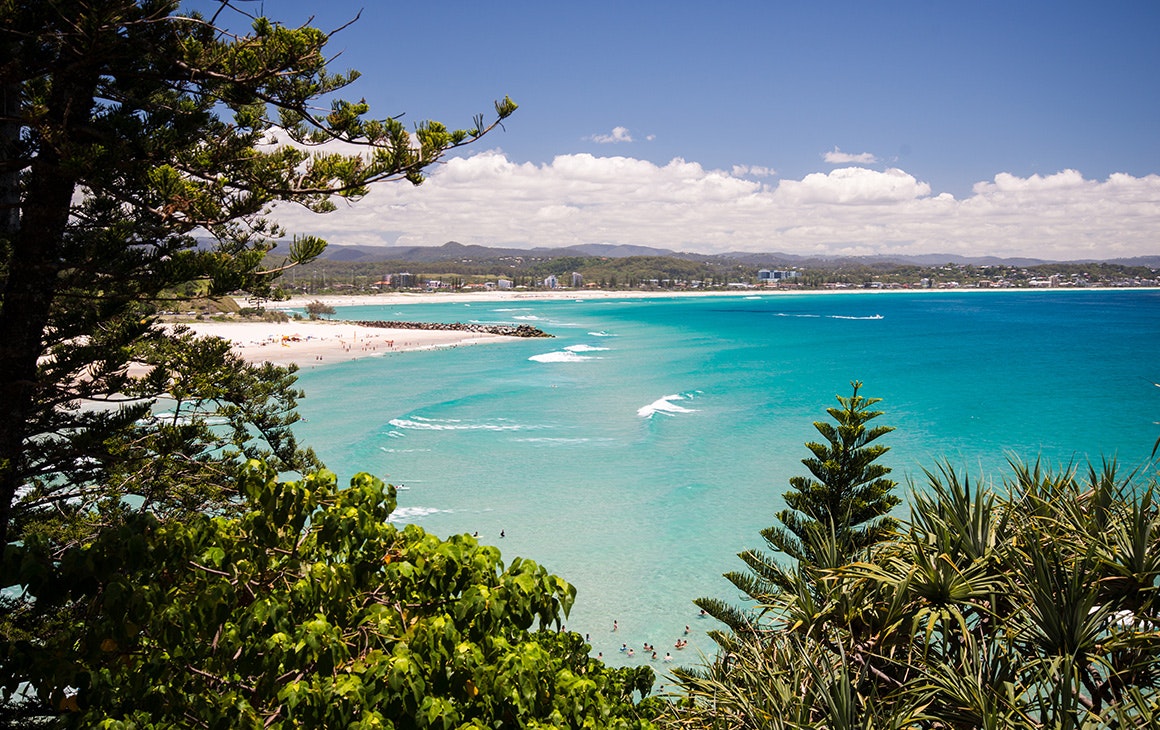 A big shout-out to Wikipedia for knowing that the real name of this GC sand island is “South Straddie” - someone in their team took colloquial Aussie 101. This popular surf break is about 200 metres from The Spit, and has the unique allure of wallaby watching and no crowds. If you meet an Australian surfer who’s afraid to do the paddle across, throw him a Toni Braxton line and re-assess your options. 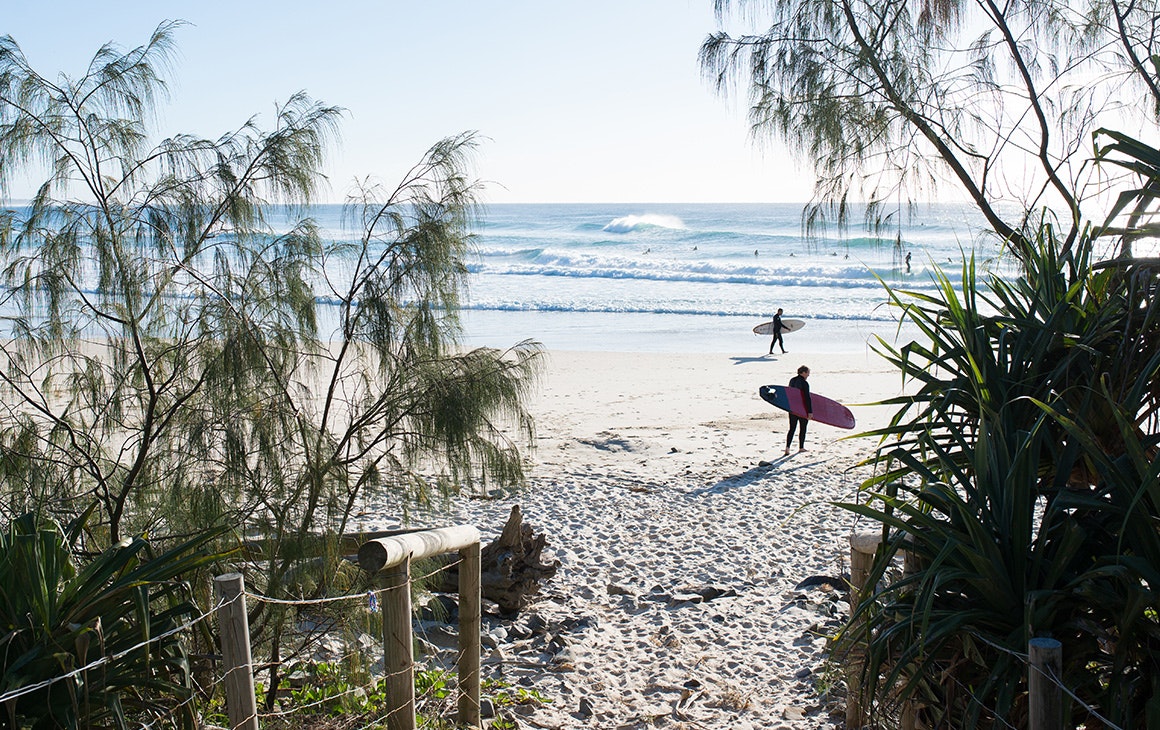 If you’re on the hunt for a backdrop to suit your sticks and sarongs teepee Instagram photoshoot – and let’s face it, who isn’t? – then Fingal Beach has your inspirational quote and hashtag written all over it. The rugged, shrubby setting is complete with the essential white sand/blue sea combo, and a lighthouse headland where columnar rock formations sit slightly offshore. Complete the mood board with lunch at the Sheoak Shack. 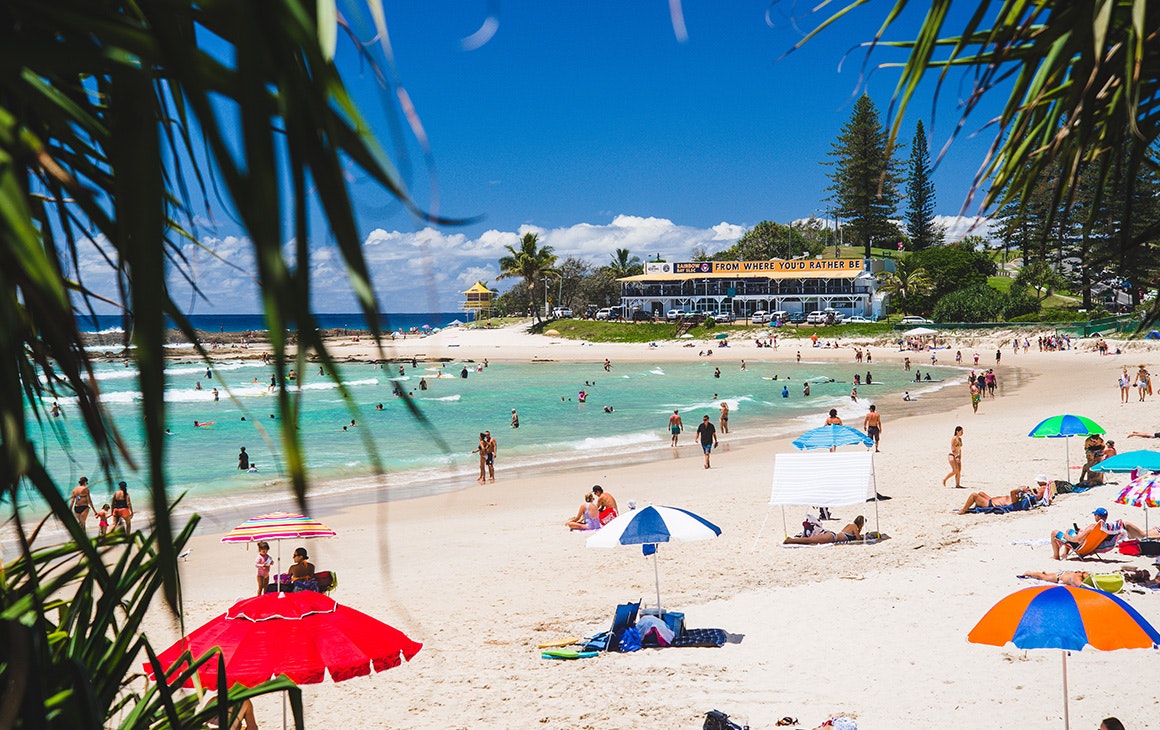 One of our all-time fave places to throw down the towel is Rainbow Bay. Groms, pros, Brazilians, and barrels galore, this is about as far as you can distance yourself from the hazy cluster of high rise on the horizon. Made perfect when chased with a frosty Balter on the deck of the legendary Rainbow Bay Surf Club. Shakas!

Since we’re on the subject of Gold Coaster’s not seeking full-time employment, how lovely is Budds Beach? Many a well-spoken Gold Coast woman can be found walking the labs and lining the stomach at the adorable Budds Beach cafe Bumbles in preparation for six bottles of sauv over lunch at Marina Mirage. Why waste a perfectly good Wednesday when the nanny’s free to pick the kids up from school? Found on the exclusive and quaint strip of canal behind the manic streets of Surfers Paradise, this is a hidden nook for calm sea seekers of the northern Gold Coast.