Gaze Up In Awe At The Best ‘Big Things’ In Victoria

Queensland’s Big Pineapple and Big Banana have somewhat of celebrity status in the ‘big things’ scene, so much so that the glitz and glamour of these XL fruits take the spotlight from Victoria’s myriad of big things.

Our state is rife with larger-than-life objects. Gaze in awe at their sheer size and glory.

There’s so much size to this monumental mammal that it surpasses the the ‘big’ prefix. Dadswell Bridge’s Giant Koala was built in 1988, the hefty sculpture is 14-meters tall and weighs about 12 tons.

The town is named after former British Prime Minister, Winston Churchill. Whil there’s no concrete evidence, legend has it that the 32-meter tall ‘golden’ cigar is a reference to Churchill’s penchant for cigars.

Apparently, there was originally supposed to be five of these metallic monoliths built within the area following the unveiling of the OG Big Cigar in 1967. As of now, Churchill is still home to just one.

To some, having countless books and films made in your legacy would be considered ‘making it’, but it’s not until someone slaps together a ‘big thing’ in your honour that you’re truly cemented in time—which is (probably) what The Big Ned Kelly is made of.

Unveiled to the town in 1992, this was Glenrowan’s second Big Ned Kelly statue after the first was stolen and dumped in a local creek. 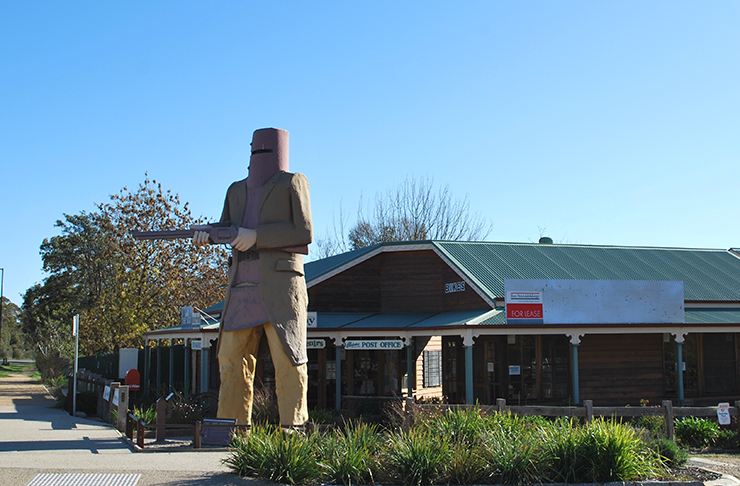 Nothing says 'suburban fruit and veg store' quit like a huge watermelon slice sitting on the side of the road does. The Big Watermelon also marks the entrance to the store of the same name, so keep an eye out for it if you're passing through the south-east suburbs.

Hint: there are plenty of bargains going on a Sunday.

Another prefixed with ‘giant’, Swan Hill’s 11-meter Giant Murray Cod pays tribute to the fish so often caught in the Murray River before being affected by drought and irrigation.

The monument was originally built as a prop for a film called Eight Ball. Following the film being shot, the town decided to give ol’ Murray permanent digs in the town centre. 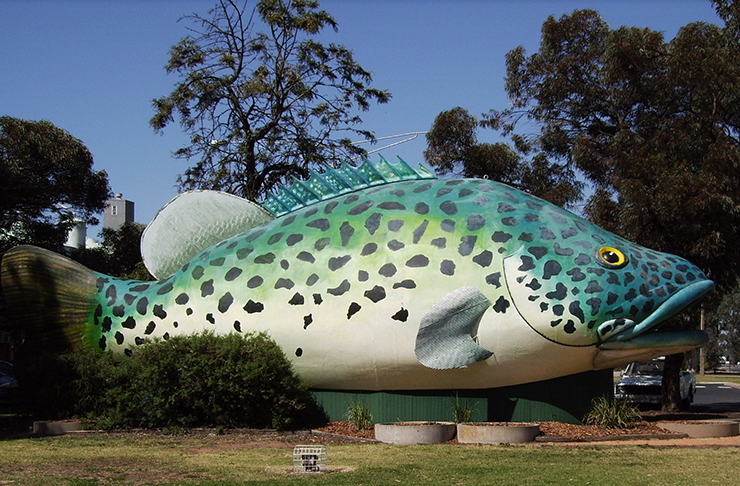 This 14-meter long rolling pin sits atop Henri’s Bakery, and they claim it’s the world’s biggest. There are many reasons we won’t argue with that. It also spins, which is pretty cool, right?

While you’re there, grab a pie from Henri’s. They’re damn good.

A school holiday attraction of yesteryear, the Giant Earth Worm housed giant earth worms—among other creatures—for onlookers to gawk at in wonder. The Giant Earth Worm closed down years ago, but you can still see the winding building/worm from the Bass Highway.

The Big Wine Bottle was once just a regular brick water tower once upon a time, until the legends at Winery Walkabout, a wine festival in Rutherglen, commissioned a sort of bottle top onto it.

This one stands proud at a sizeable 36-meters. 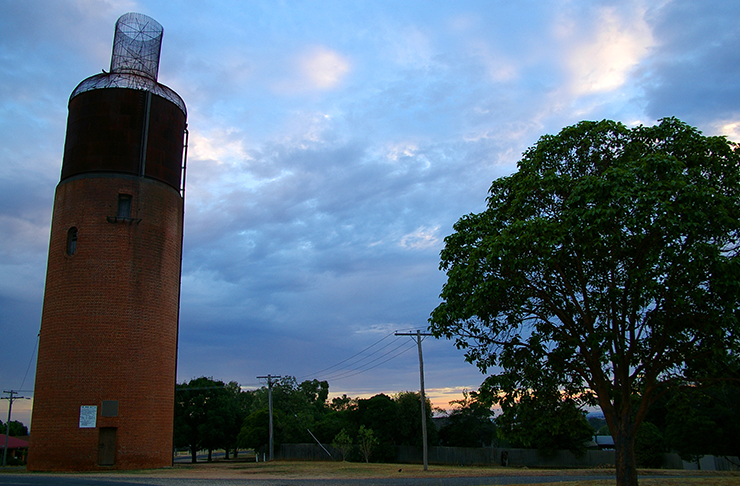 Wine on the mind? Check out this road trip through Heathcote.