This year, Melbourne may have seen its own Monopoly board, but at The Urban List HQ, we’re more excited about the prospect of everyone’s favourite bad taste card game (that managed to sell over $70,000 of nothing at last month’s Black Friday sales) coming to the three thousands. So we imagined a world in which it did, and here are the cards we came up with. He who laughs last, laughs best, folks… 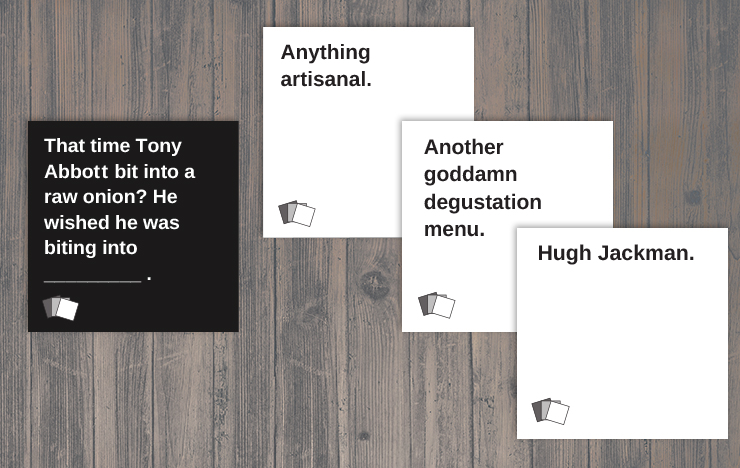 Abbott and Wolverine? Who woulda thunk it?! 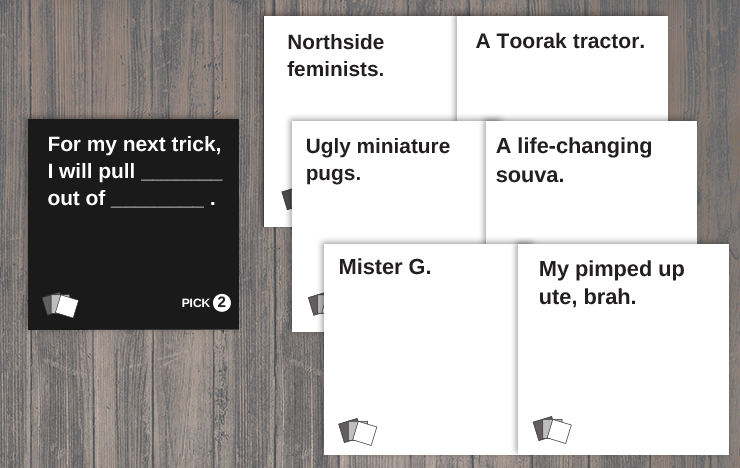 Please, God, let someone invent a magic souva that comes with added pugs. 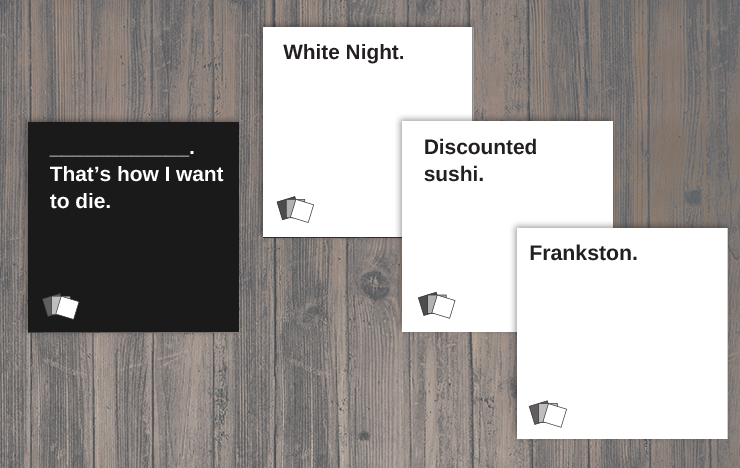 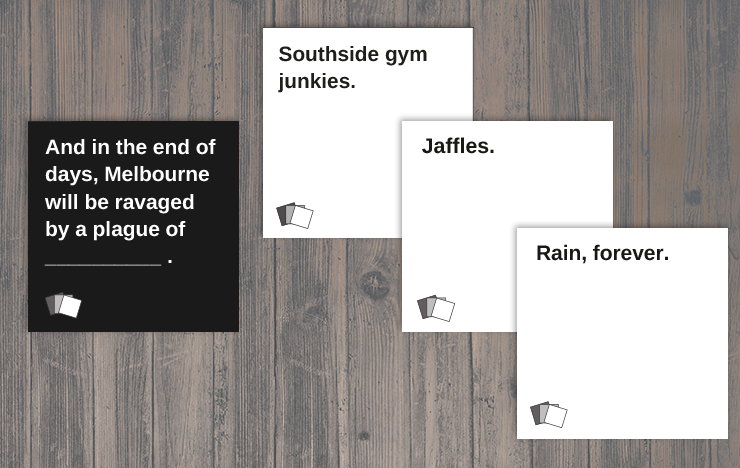 ERHMAHGAAAAD pleeeeease let it be #2! 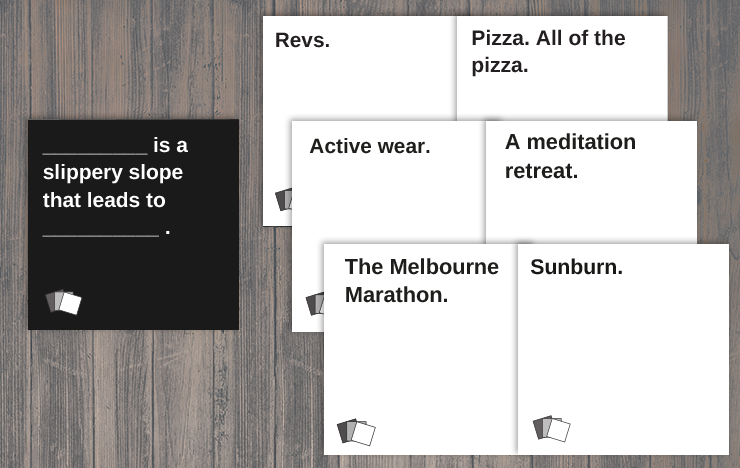 Uh, doesn't everything lead to all of the pizza?! 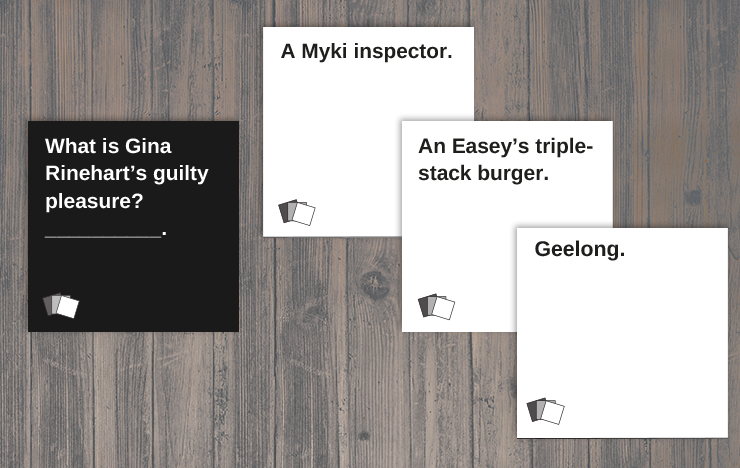 Keen to play your own Melbourne Cards Against Humanity? Enter your details below and we will email you printable versions of our cards:

Fill out my online form.

Share your own hilarious games with us via Instagram using the hashtag #TULagainsthumanity. And if you want to recommend some questions or answers of your own, drop us a line via email.