The football's done and dusted for another year. Spring Racing and cricket seasons are upon us. Days are getting longer (if not yet hotter) in Melbourne. This can mean but one thing: Christmas is coming. No need to delve into panic mode about where to host a celebratory soiree, bacchanalian feast or good old fashioned knees-up. Here are some of our favourite private dining ideas for the festive season.

There's a stylist for everything these days, even dinner. Designing your next edible production at Franque will be Sarah Hook. She teams up with conversation-starting caterers Bright Young Things and an acclaimed sommelier to put on individualised events in the rustic-meets-glamorous Prahran space, which comes adorned with European furniture and objets d'art. 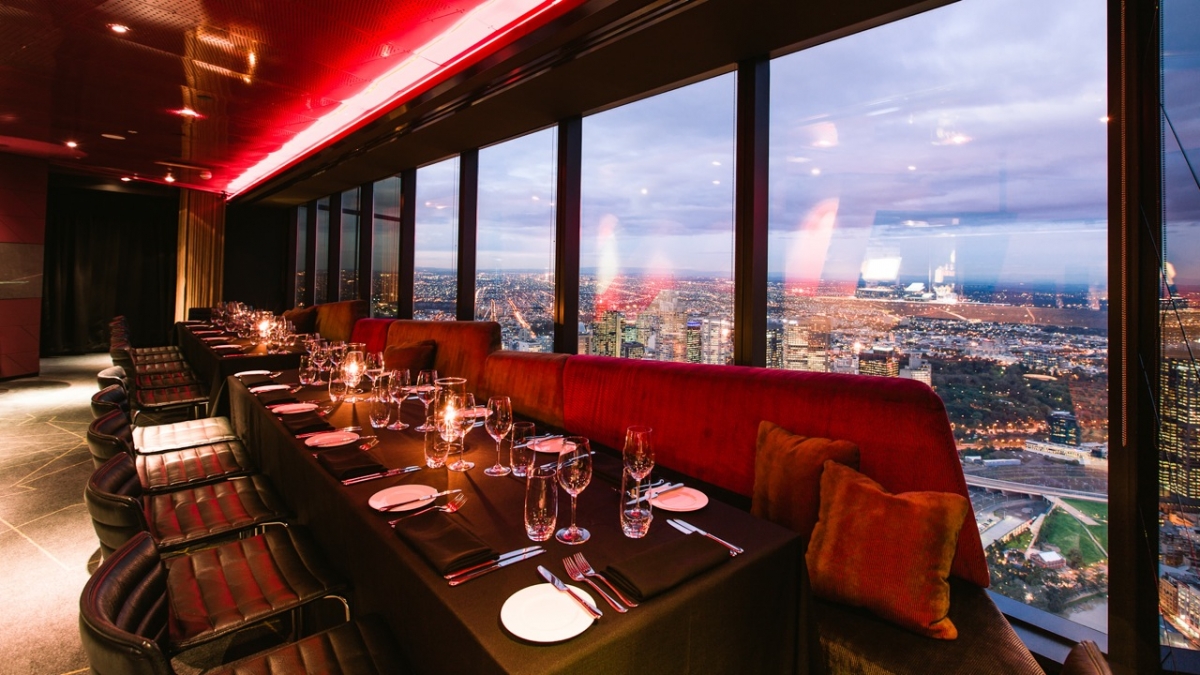 Eureka 89 at the Eureka Skydeck in Southbank. Image Credit: Eureka 89.

Anyone who's eaten fish and chips at the beach can tell you that a view makes everything taste that much better. The best vantage point for a view in the city is obvious, it's Eureka Skydeck. Their Eureka 89 space can host a private dinner for just a few hundred of your closest friends or colleagues. Just imagine a sunset soiree here as Melbourne transforms into a darkly glittering jewel by night.

This Bourke Street bar is known for its 'rather fancy terrace' and larger than life host, Miss Pearls. But did you know there's a somewhat secret room out the back? Away from the white lattice and faux greenery, The Parlour is a more masculine space with dark stained furniture and an intimate vibe. You'll still get the Madame's dapper wait-staff, naturally.

A wise crustacean once sang 'we got no troubles, life is the bubbles, under the sea.' Take his cue and simply add wine. Who wouldn't want to have dinner in Antarctica with the penguins, or be surrounded by an exotic coral reef? At Melbourne Aquarium they can even simulate a sunset for you. Just try not to be too alarmed if Bruce the shark over there starts giving you the evil eye when you order the sashimi.

As part of our iconic St Paul's Cathedral, The Chapter House is all stained glass windows, sandstone and hallowed atmosphere. Sure it was built over a century ago, is historic, and all that jazz. But what's really selling us on getting festive here is that it's probably as close as you'll get to dining at Hogwart's Great Hall. Sorting hat optional. 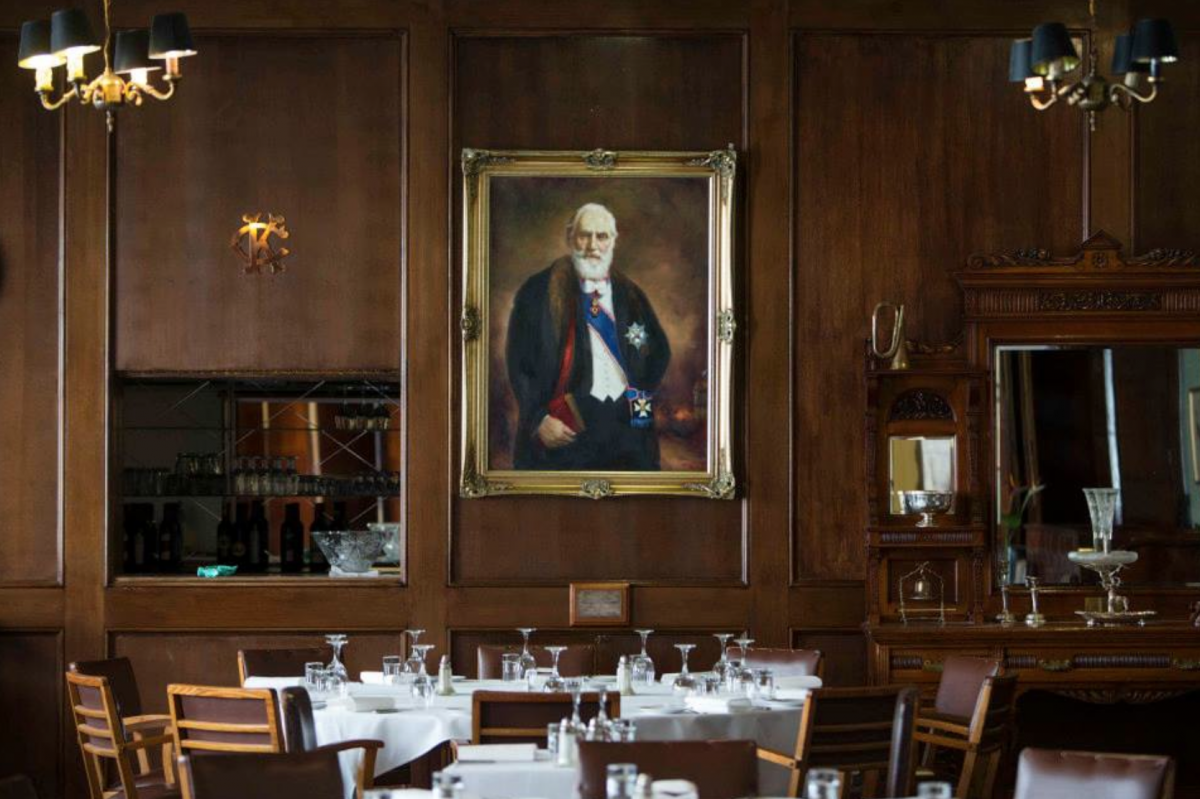 Even more historic in Melbourne than Chapter House is the Kelvin Club. If you're after private dining, why not consider an entirely private club? For years it was a bit of a boys den offering traditional pub grub (the club only started admitting women in the 1980s). Now Jerome Borazio (of St Jerome's Laneway Festival, Ponyfish Island and 1000 £ Bend infamy) has taken over, so expect a few changes. The catch is you do have to be a member, or have a mate who is. 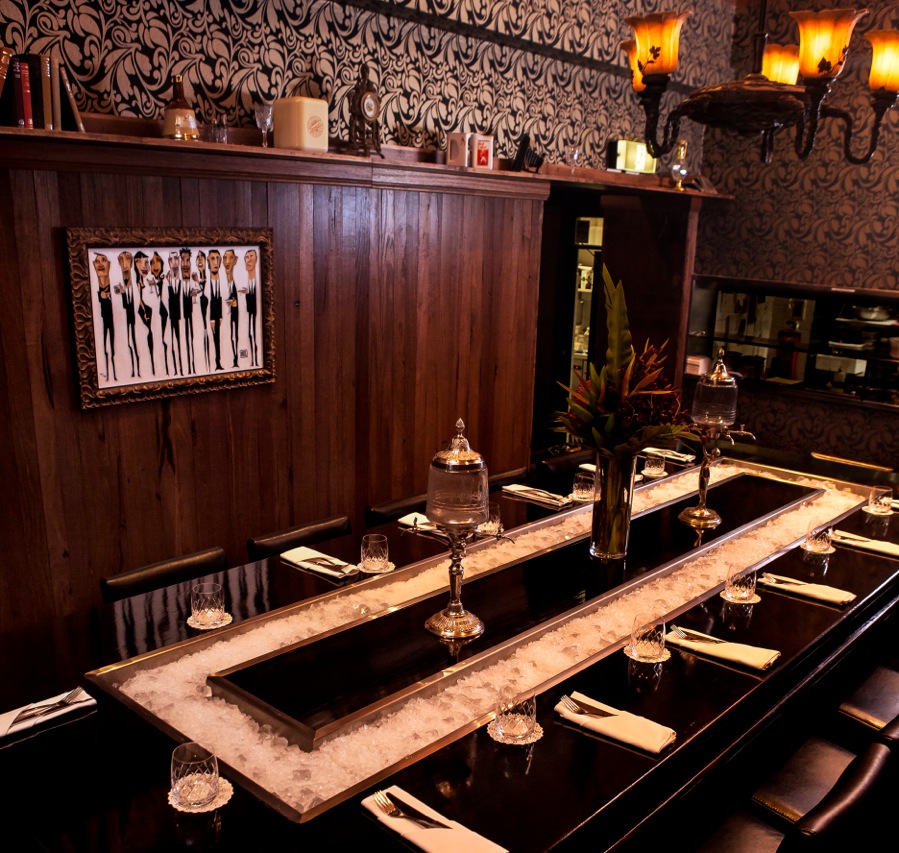 Cocktail. Degustation. Dinner. Do I really need to tell you more? Eau De Vie make some of the best cocktails in the city. They will take you on a boozy, theatrical journey through several of their concoctions, alongside a surprise menu. The experience is conducted at a communal table, featuring an in-built ice well to keep everything cool, hidden away in a private nook of the bar. There may be fire, liquid nitrogen and DIY.

Set yourself this strict rule. Never turn down an invitation to Vue de Monde. It's even better when someone else is paying. Dining at Vue de Monde should be added to the list of 'things you must do at least once to call yourself Melburnian'. They have a few private options, all featuring Shannon Bennett's adventurous tastes, attentive staff and perhaps even a personal sommelier dedicated to your party. Save this one for clients or the in-laws if you really need to impress. 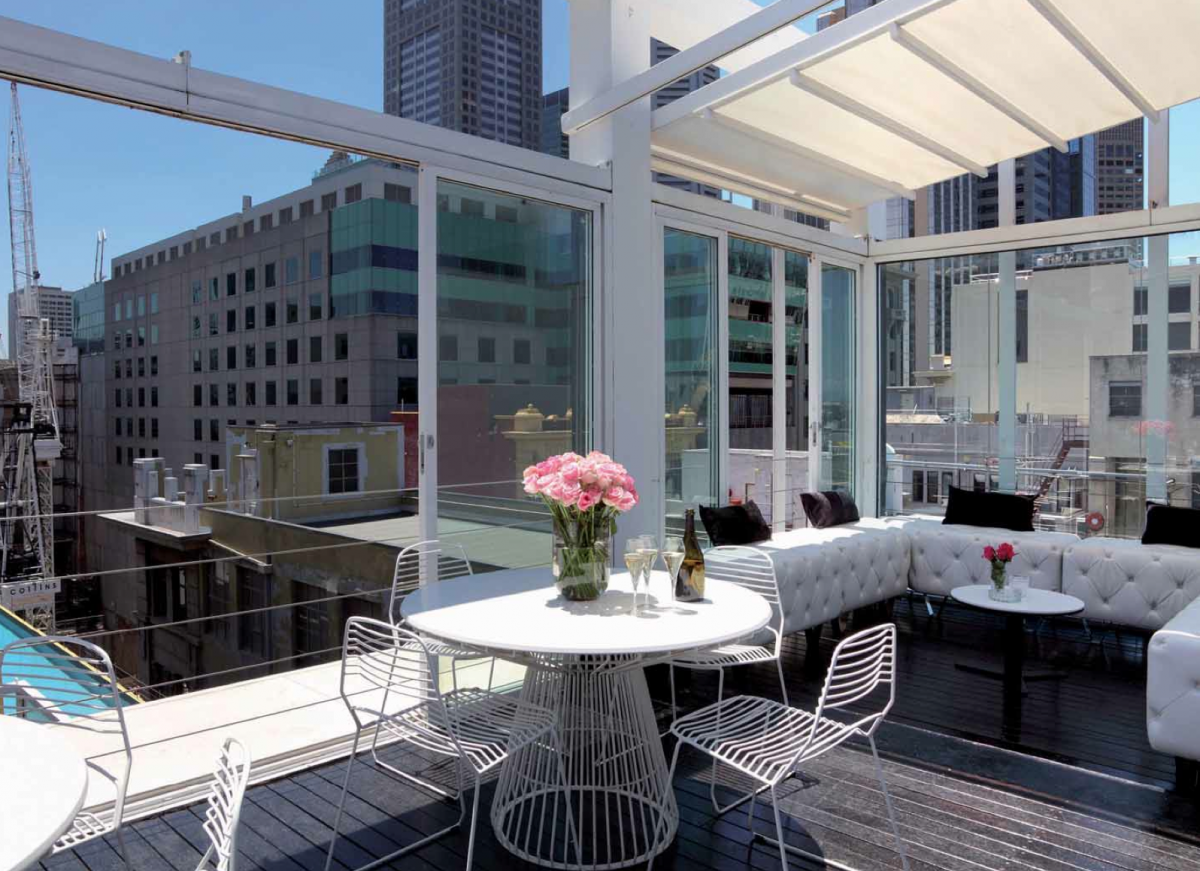 After hobbling down a dingy laneway off Flinders Lane, the oasis of Mon Bijou is but a short elevator ride away. The penthouse is like stepping into a glamorous jewellery box. But upstairs on the open air rooftop is where we'd choose to treat guests. The white-washed space features a great city backdrop for fancy barbeques. Who needs white linen and stuffy maître d's when you can have chilli garlic BBQ prawns, felafel burgers and space all to yourselves? 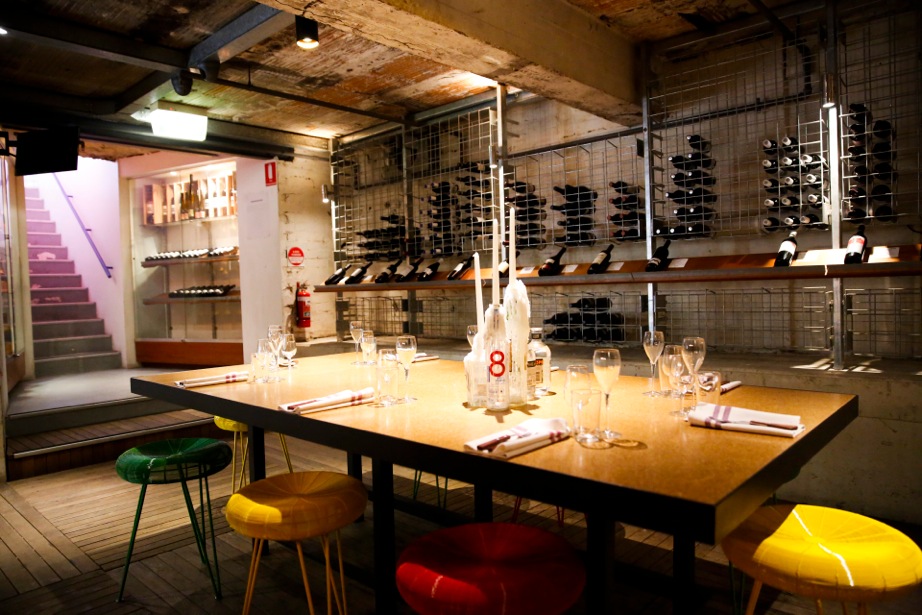 When someone wants to 'take you down into the cellar' it can either be a good or bad thing. On the vague promise of wine, we'll take our chances that our host isn't homicidal. Stepping into the cellar at Acland St Cantina is certainly a good thing as they also have tequila in addition to vino. There's a cosy communal table for private dining down there, which we think is the sophisticated way to do the nouveau Mexican thing in a group.

For smaller gatherings of up to ten, we are sold on the 'Rhum Room' at Brooks of Melbourne. You know the food will be stellar at this award-winning restaurant and it's sure to impress the pants off your guests. The room is all heavy oak, rich leather and manly opulence – the perfect setting to plan a coup.

If THAT wasn't enough, here are some more private dining options...

The Barrel Room at Dominique Portet