The wild, wild western suburbs. Gathering on the banks of the Maribyrnong River, with the mighty Westgate Bridge as the gatekeeper, and the Sunbury and Werribee lines carving their way towards the horizon. These days there really is no excuse not to venture across this ever-changing frontier and explore the mighty west, in particular its most excellent cafes.

Footscray itself has long been touted as one of Melbourne's more diverse and dynamic cultural hubs, but what's even more exciting is the development of its immediate surrounding suburbs, including Seddon, Yarraville, Spotswood and the pleasant seafaring spot of Williamstown.

Well known as a place to find the best Vietnamese pork rolls, and the cheapest kilo of avocados in Melbourne, the west also lends itself to some very exciting cafe culture, which has erupted in recent times. The community here has embraced the art of coffee almost as a form of communication, and the options for a satisfying lazy Sunday brunch are a-plenty!

Regardless of whether you're a supporter of the red, white and blue, we think it's high time to venture over to the 'Scray and embrace this foodie renaissance. We've compiled our list of Melbourne's best western suburbs cafes to check out on your next journey across town.

ADVIEH
If you missed our mention of Advieh in our best avo on toast article, you have no excuse now not to order one of our favourite hangover cures of all time. This Middle Eastern/ North African themed joint adds a bit of spice to the mix with their creative and substantial dishes, which makes sense considering the name Advieh is also the name of a spice used in Persian cuisine. If you're hungry, the staff are more than happy to prepare a banquet of delicious share-plates including: shish kebabs, salads, fresh pita breads and dips, dolmades, fritters and spiced meats. The Turkish sausage omelette is a surefire hunger buster, with onions, peppers, napoli sauce and that added option of spice (do it!). Do not miss out on the massive signature arincini balls, which tend to sell out quickly – these are full of flavour and satisfaction.

Advieh | 71b Gamon Street in Seddon

WEST 48
West 48 on Essex street is a stalwart of good coffee and simple, fresh food. Dash in and select from the glowing food cabinet of sweet and savoury delights, or perch at the communal workman's bench and peruse the menu whilst sipping on an Allpress brew. Breakfast is served all day and lunch commences from 11:00am, with the likes of bircher muesli with almonds, cinnamon and grated apple; a prawn roll with homemade aioli and rocket; and pesto eggs on toast, just to name a few. West 48 boasts tasty and trustworthy fare. 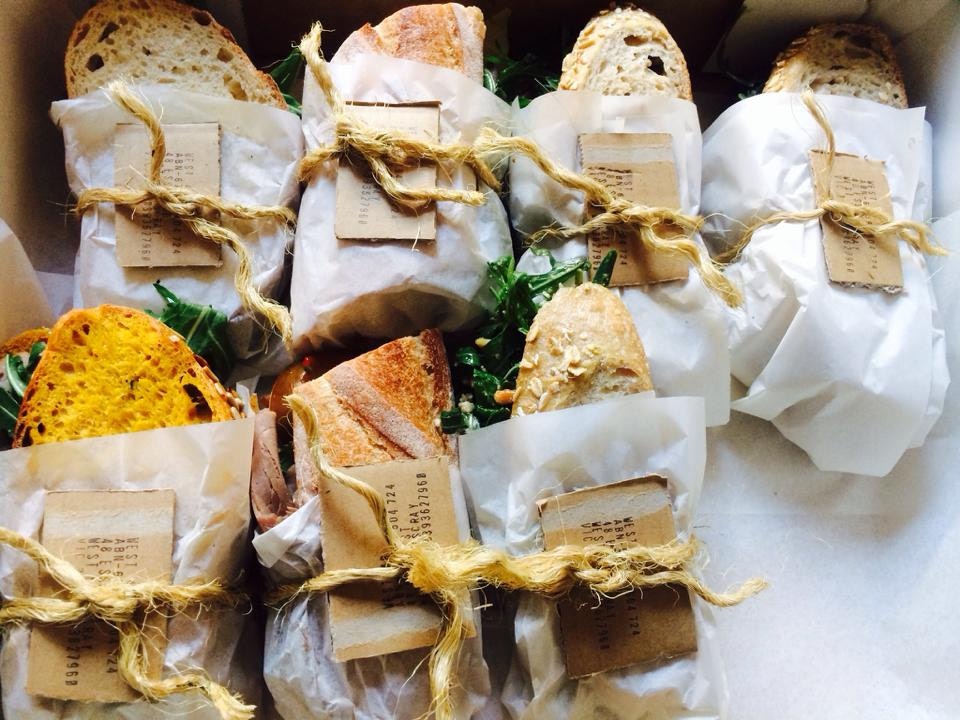 LE CHIEN
There's a visual theme running through Le Chien, and it comes from the full-scale wall mural of the woman positioned on all fours with the French words for 'a woman, a dog' and the face of Iggy Pop quoting 'I wanna be your dog'. No representation of this comes through the food though, which is a good sign if you're after consistent cafe fare and decent coffee. The kitchen is open for breakfast, lunch and dinner Wednesday through Saturday evenings, and is licensed for the win. Local wines go well with the local produce on offer, such as the meat, which is sourced from Andrew's Choice, the butcher in neighbouring Yarraville.

THE LITTLE MAN
The strip of shopping along Charles and Victoria Streets in Seddon is steadily becoming more gentrified by the day and this fresh face on the block (home of the old Seddon Post Office) is testament to this positive growth. Don't be fooled by the title, being small in size but large in character, The Little Man boasts a modern and clean decor and friendly service which makes for a delightful dining environment. Another all-day breakfast offering with your standard expectations, albeit with a radish garnish or infusion of chilli, and reliable coffee supplied by 5 Senses' Dark Horse blend. This new cafe's popularity often sees The Little Man bursting at the seams, which shows it has won the hearts of the locals and visitors alike when it's all Seddon done. (That had to be done).

FOOTSCRAY MILKING STATION
Some people say Footscray is the new Fitzroy, and they may just be right, especially when you consider the arrival of cafes the calibre of Footscray Milking station. This transformed milk bar on a once quiet residential street corner still stays true to its original, eclectic vibe and boasts a humble deli-style cafe environment. There are notable vegan and vegetarian options such as the sago porridge with coconut milk and homemade baked beans, as well as choices for the meat fans – perhaps a braised pulled pork panini to accompany your Padre espresso?

Sunny courtyard or roadside seating under the trees is always an appealing option, but if the weather turns foul, cozy up with the newspaper and seek refuge by the coffee machine. A stone's throw from the Footscray train station, this milking station is well worth stopping by for a tasty something. 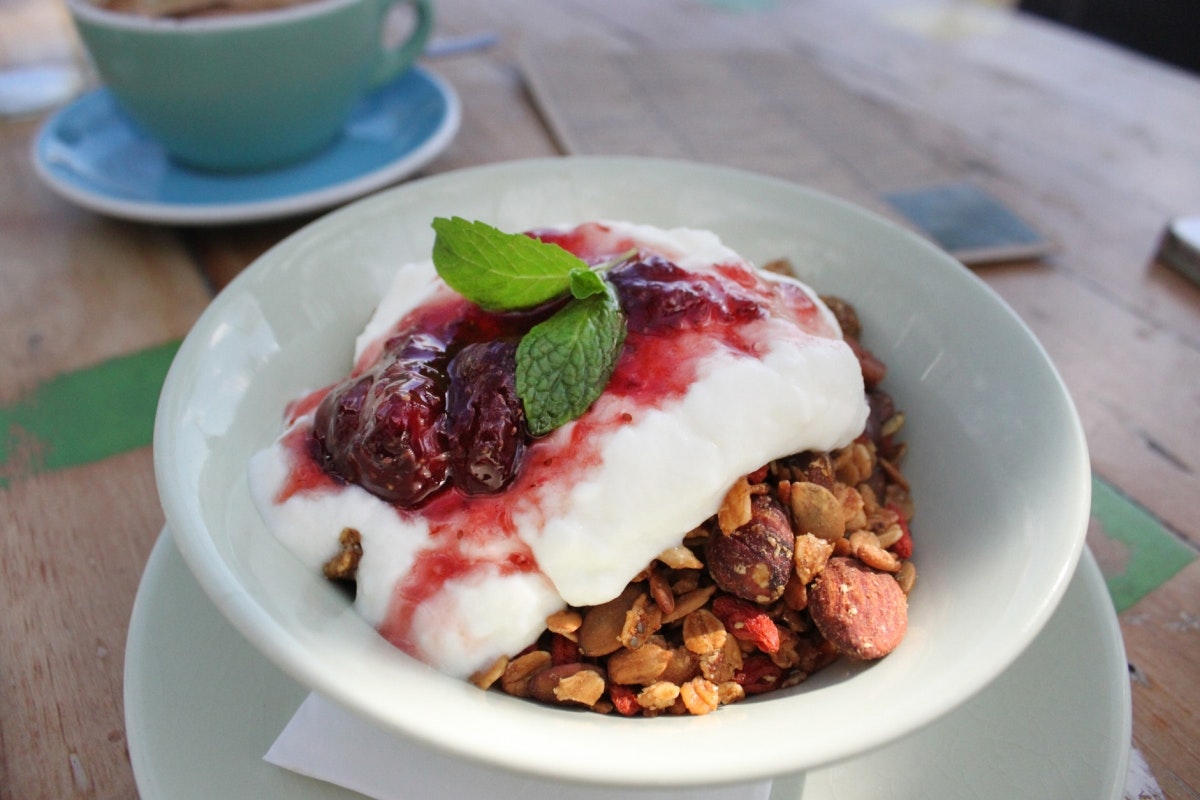 COMMON GALAXIA
Common Galaxia is indeed a common stomping ground for Seddon cafe connoisseurs and has quickly become a 'destination-location' for visitors to the area, and for those already a fan of Dead Man Espresso in South Melbourne (the Dead Man team opened Common Galaxia but it has since changed hands). The clean, exposed timber interior adorned with fresh flowers and an oversized terrarium are pleasing on the eye, whilst their food offerings are even more pleasing to the stomach. Matt Forbes' donuts and other tasty delights make a perfect marriage with Seven Seeds coffee. Again on the naughty note, the salted caramel French toast with blood orange curd and Oreo crumble simply cannot be surpassed. Fresh bread for those eggs on toast orders comes from another nearby fave, Sourdough Kitchen, and goes to show these western businesses like to keep it local.

SOURDOUGH KITCHEN
We are spoilt for choice when it comes to artisan style breads and bakery/cafes in Melbourne, and Sourdough kitchen is no exception. Top quality baking and decent coffee goes hand in hand here. The simple décor and shop layout draws attention to the vast array of sourdough breads and pastries baked on site. This bakery has captured a niche in Seddon and continues to serve local households and businesses with the finest freshness you can get in a brown paper bag this side of the Westgate.

Guilty delights include plum jam donuts and croissants, whilst the bread options include the olive, multigrain, rye and pumpkin varieties. Open bright and early seven days a week, if you're visiting town, you must leave with a souvenir loaf, it will serve as a fond memory of your time in the west at least for the next few days.

DUCHESS OF SPOTSWOOD
The power duo who run this fabulous local gem include Kiwi lass Bobby Green, formerly of Auction Rooms, and her hubby Andrew Gale, recent head chef at The Station Hotel in Footscray (another standout food venue in the area). The amalgamation of standout coffee and fantastic food has brought this cafe to the forefront of the west.

With an English theme running through the menu (Gale hailing from England) and locally sourced ingredients, you will be guaranteed satisfaction with the Duchess of Pork: crispy pig's jowl with fried eggs, rich truffle sauce and sourdough, or perhaps the Prince of Wales: house smoked salmon with horseradish, farro, white beans and poached eggs. There are some less meaty options, too, for those inclined to try the Gnoccin' on Heaven's door or the asparagus and goats cheese tart. With dishes like these, this cafe has put Spotswood on the map.

THE COFFEE SHED AT THE ANCHORAGE
Williamstown might try to disassociate from the rest of the west with its pricey real estate and its trendy beach views, but lets face it, it's a valuable asset to the rest of the western lying suburbs. If you're on your way to the beach, swing past Parsons Marina for a coffee stop at The Coffee Shed at Anchorage Restaurant.

The setting on a summer's day is unparalleled, with sun-soaked seating around the side deck with views of Melbourne and Port Phillip Bay stretching out before your eyes. If you are partial to some exercise of the jogging or cycling variety, this is the perfect spot to catch your breath and grab a drink from the hole in the wall coffee spot. If you're feeling peckish, grab a toasted panini or salivate over yummy cakes and biscuits by Little Bertha.

The Coffee Shed at The Anchorage | 34 The Strand in Williamstown

CROWDED HOUSE
Akin to its musical name nuances, this Williamstown cafe offers a selection of greatest hits in the form of crowd pleasing breakfast and lunch offerings. Take the orange-crusted tuna with quinoa fritters and asparagus, or the smashed avocado, feta, poached egg and macadamia and lime dukkah on toast.

The Lebanese twist keeps the menu interesting, although there are plenty of standard favourites like breakfast bagels, sandwiches and salads on offer.

For those searching for that relaxing outdoor coffee sipping ambience, Crowded House is complemented by a large leafy courtyard out the back to ease the flurry of folk that flock to this local 'Willy gem.