With St Ali's outing to the north done and dusted, for now, at least, Salvatore Malatesta has handed the reigns to Jesse Gerner of Añada and Bomba renown, and he and his team have breathed new life into the enviably scenic, bike track-handy spot on the corner of Nicholson Street and Park that now houses Carlton North's Green Park cafe, restaurant and bar.

The Saturday arvo we plonked ourselves down into the grey leather banquette seating that lines one wall, the space was just as heaving as it was under Malatesta, and perhaps service could be tightened a tad, to be expected in the first weeks, there's a real friendly vibe, aided in no small measure by a jazz musician tinkling the ivory New Orleans-style on a wooden piano as we perused the menu crafted by ex-MoVida chef, Howard Stamp.

We ordered the baked eggs with a snappily spicy lamb Meurgeuz, labne and tangy harrisa, plus a liberal dusting with appropriately green coriander, a great big feed for any cyclist who've cruised in post-ride and has an insatiable hunger to feed. Also hearty indeed was the daily special of cider-braised pork served in a bap bun with celeriac and macadamia slaw, accompanied by extremely moreish sweet potato chips that snapped pleasingly in the hands and melted perfectly in the mouth. 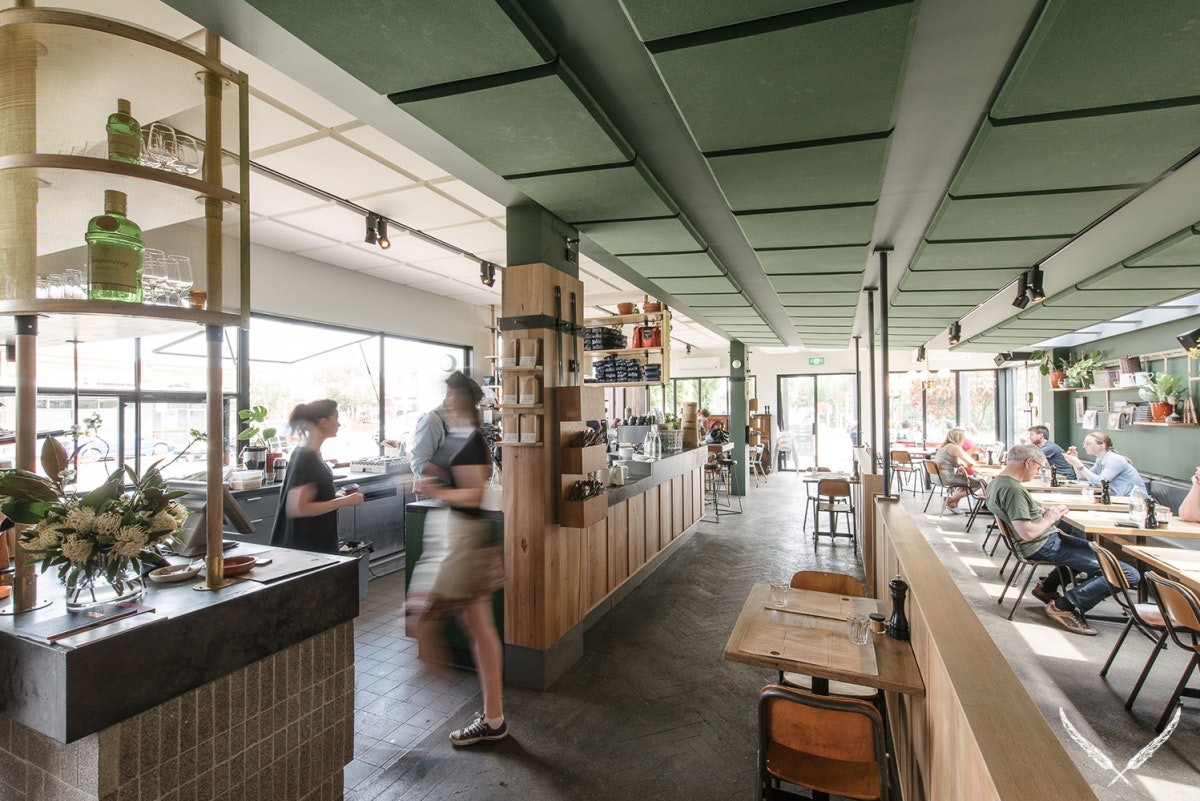 Green Park's spring onion-laden smoked brisket hash, crowned with a runny duck egg and served with a rich dash of granular homemade brown sauce, was tasty; however, those with a big appetite may want to opt for a heartier option. We topped up nicely with a welcome serve of buttery spinach and salty haloumi.

With Green Park staying open until 11pm, a set dinner menu includes the likes of grilled fish with kipflers, rosemary-crusted roast lamb served on a bed of lentils and a red onion Tarte Tatin. There's also a charcuterie selection with black pudding, terrine and jamon Iberico, plus desserts like mascarpone tart or the intriguing chocolate salami. Or you can grab the likes of oysters in cab sav vinegar with shallots or fried rabbit with tarragon mayo from the bar menu.

Kris Wood, the barista brains behind South Melbourne Market's Clement café, is in charge of the bean brewing at Green Park, with Nicaragua Los Polvorines as the rotating 'feature espresso,' on our visit. We tried a rich and sweet Kenya filter with a fruity tang, served in a cute little beaker. We may also have had a couple of glasses of the Glaetzer Dixon 'Uberblanc' Riesling, too.

With Gerner's community-minded focus and great food, Green Park's bound to become something of a local hero. We'll be back in soon, after a big breakfast-deserving run along the Park Street track. 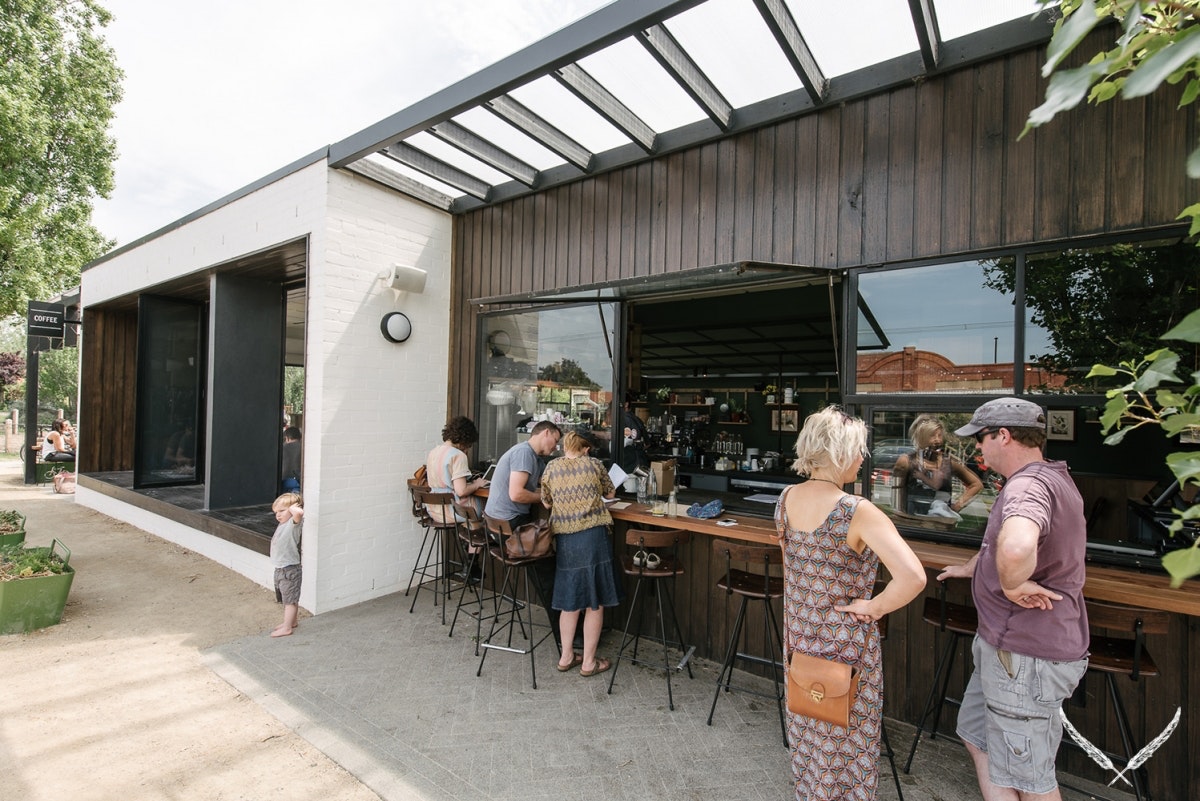