When the Land Rover Defender arrived in Australia for the first time in 1948, nobody expected the cultural effect it would have on the country.

While being a British invention, the Land Rover Defender made a very comfortable home in Australia throughout the 60s and 70s, born out of the car’s massive part in the construction of the Snowy Mountains Hydro-Electric Scheme which saw more than 800 Defenders ply their trade in what was Australia’s largest engineering project at the time.

Defenders were the vehicle of choice for those exploring the rugged terrain of Australia. Len Beadell—who was responsible for the construction of more than 6,000km of road in central Australia—used the car to open up the outback to the rest of the country, and the legendary ‘Bush Tucker Man’ Les Hiddins utilised a version of the Defender to traverse the country in his popular 90s TV show.

The Land Rover Defender was initially produced from surplus supplies leftover by World War II. Aluminium was plentiful following the decrease in the production of aircraft, and the classic green colour of the Defender that we know and love as surplus army paint.

The Defender was discontinued in 2015 due to the limitations of the build to comply with sustainability and emissions targets, given that the model had actually changed very little since it was introduced in 1948. But it’s the simplicity of the build and the fact that aluminium has stood the test of time that appealed to the founder of Jaunt—an off-road electric vehicle company—Dave Budge.

He’s found Defenders in paddocks all over the country. They're everywhere, they’re still in decent condition, and the blocky construction makes it easy to replace parts. 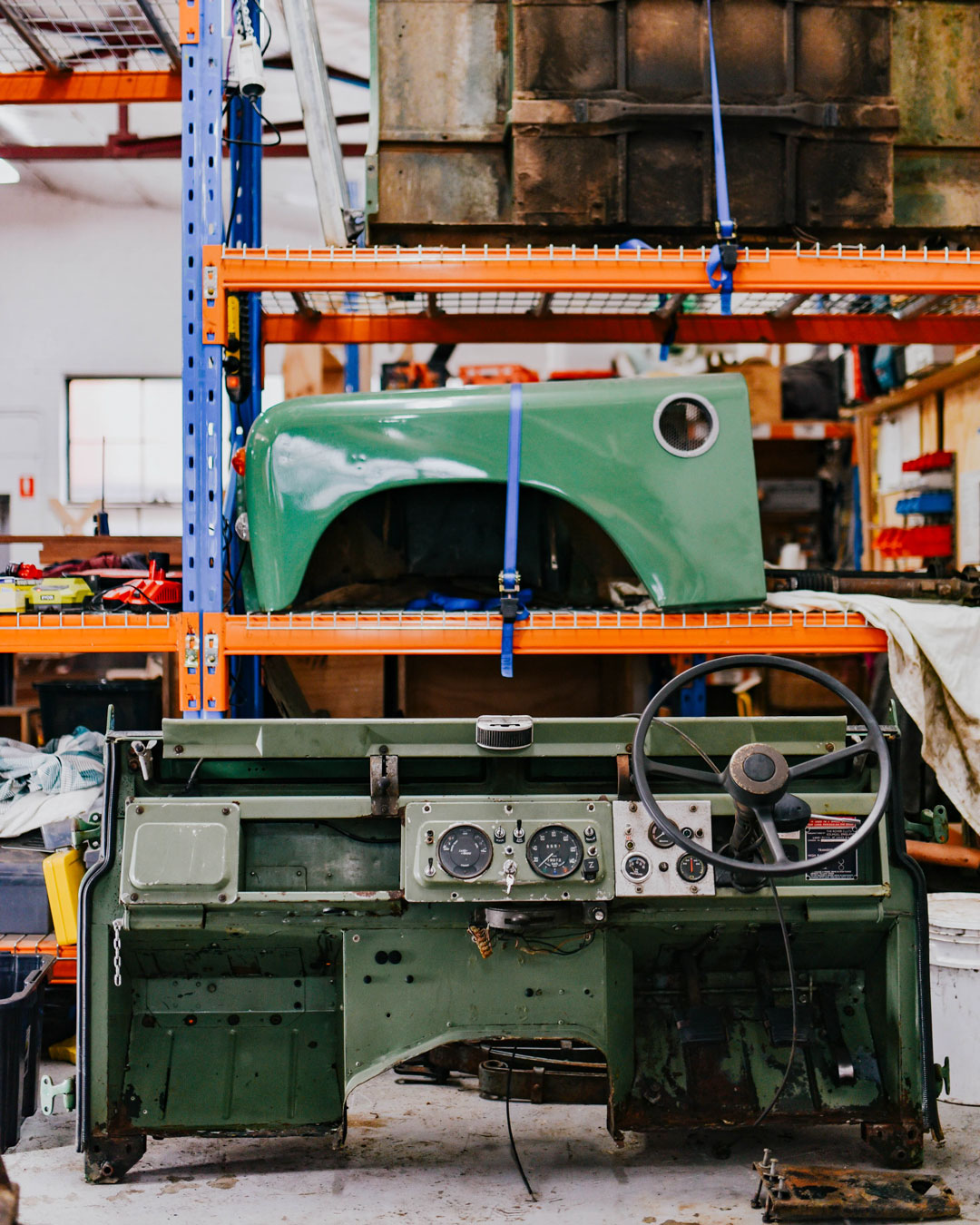 Parts of Juniper in the Jaunt workshop | Ben Tyers

“In the 60s, Australia was buying half over the Land Rovers being made,” says Budge.

One of those is Juniper. Juniper is a 1971 Land Rover Series 2a that is currently in pieces around the Jaunt workshop in Melbourne’s northern suburbs. At the moment the car looks far from what it will become, a fully electric version of the off-road legend that anyone will be able to hire and take on an adventure while leaving no impact on the environment.

Jaunt launched a crowdfunding campaign in early 2019, which surprised Budge only in the positivity that surrounded the ambitious project.

The goal of Jaunt is simple but has real meaning. Provide a fleet of electric vehicles that leave no footprint behind when you’re exploring amazing locations around Australia. Experiencing them the way they should be experienced.

"This might be the first experience someone has had with an electric car." 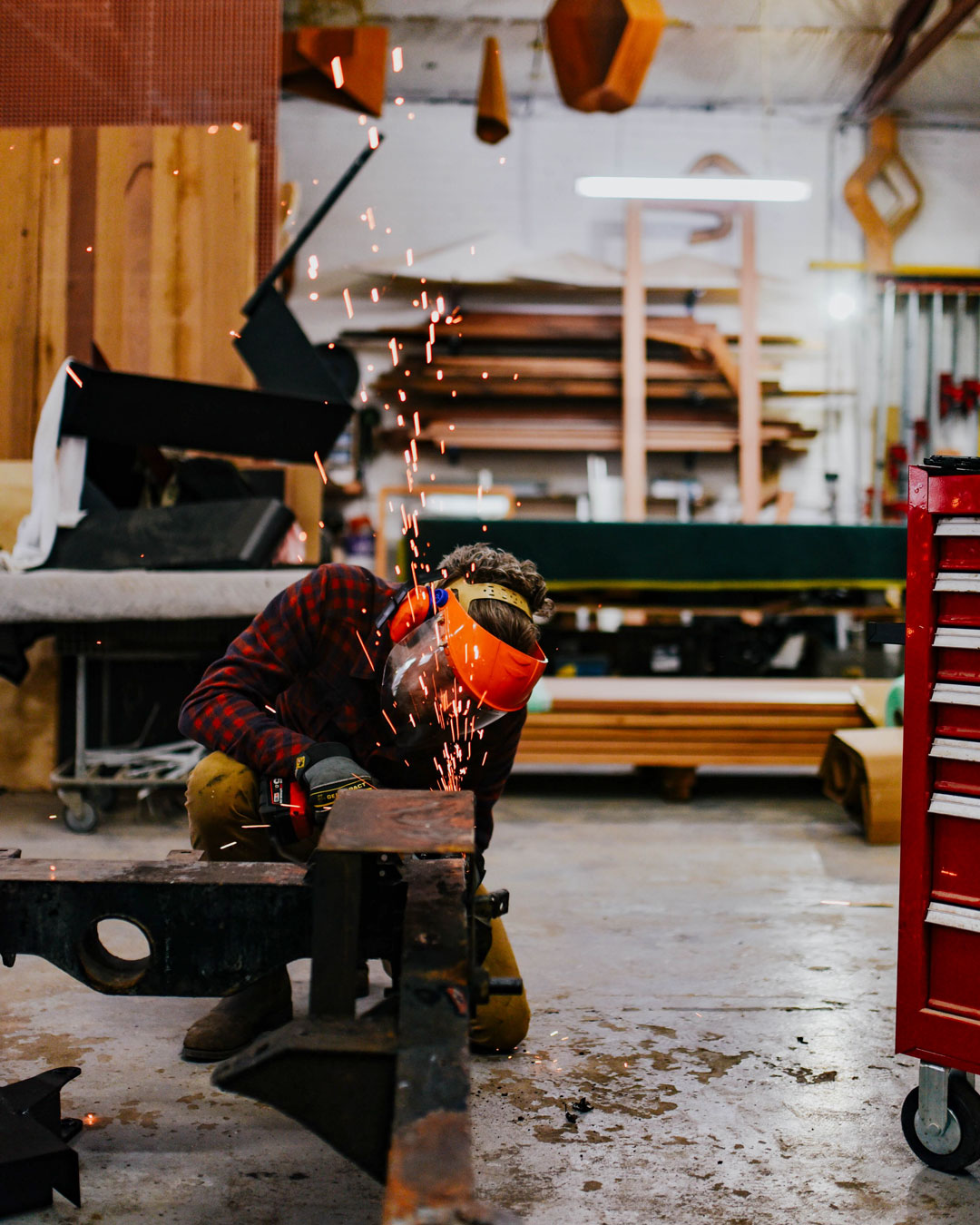 Community is also a big part of Jaunt’s mission. The cars are sourced from paddocks, from back sheds, and eventually, cars will be stationed around the country in amazing locations and that’s where they’ll be serviced, charged, and looked after in the near future. 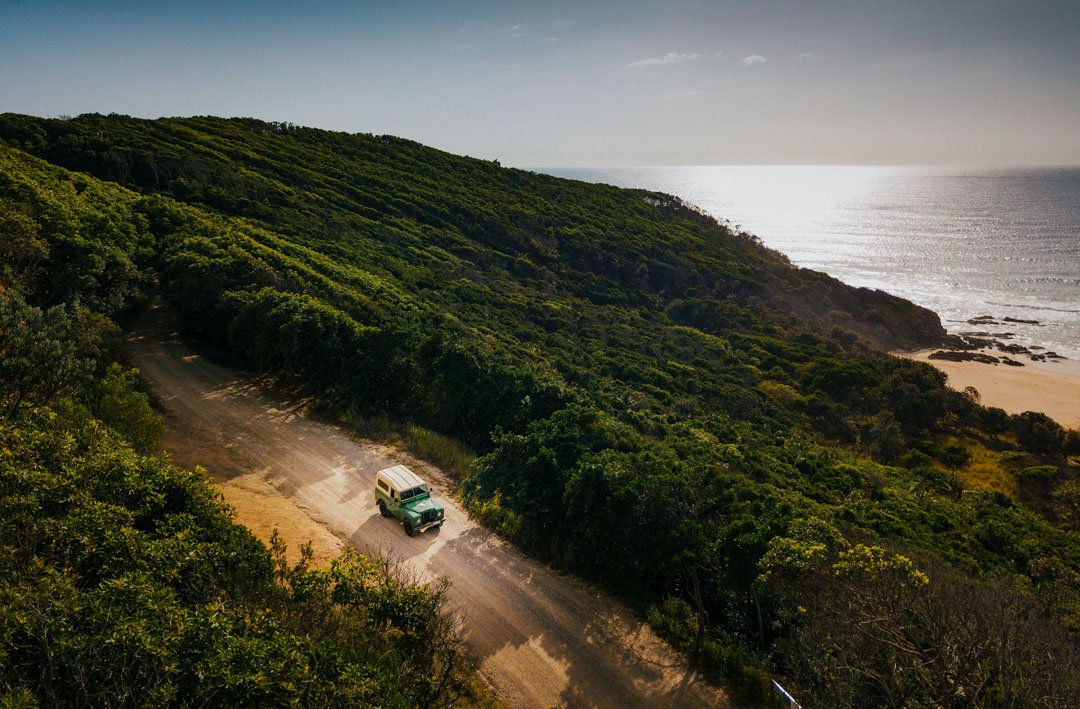 Juniper on the open road | Jaunt

Jaunt’s first car Juniper is currently being road-tested right now. You can keep up to date with progress and book, at jauntmotors.com.

Keen to impact the environment in a positive way yourself? Read all of our great sustainability stories here.