Meet The Next Evolution Of Melbourne Escape Rooms

Unless you’ve been listing your address as ‘Under A Rock’, there’s a good chance you’ve been to a Melbourne escape room in the last year. Probably more than one.

After the phenomenon popped up in a suburban backyard in 2014, dozens and dozens of rooms exploded all over the city. Suddenly, puzzles were cool. Escaping from things was cool. And interactive role-play was no longer something you did in your parents' basement with the curtains drawn (just us?).

If we’re being honest though, Escape Rooms (in their current form) have kind of run their dash. It was only a matter of time until someone took it to the next level...

Ukiyo’s new game is called Kuebiko: The Crumbling Prince, and it’ll be launching in Melbourne later this year (ETA late March or early April). Escape Room experts will recognise these guys from their previous game, Deep Space—a revolutionary space-themed escape room that popped up a couple of years ago.

“In the way that our previous game 'Deep Space' is one step away from an escape room, 'The Crumbling Prince' is another two steps forward,” says founder Michael Armstrong. “It’s much more like being inside a Legend of Zelda video game, or a Studio Ghibli film like Spirited Away.”

How the game works

Think of this more like a real-life video game than an escape room.

The Crumbling Prince is played by four human players at a time. Each player chooses a particular mask, which comes with its own unique abilities. These aren’t just papier-mâché either. Michael and his design team incorporated specialised lighting technology and 3D holophonics (basically VR for your ears) into the design. 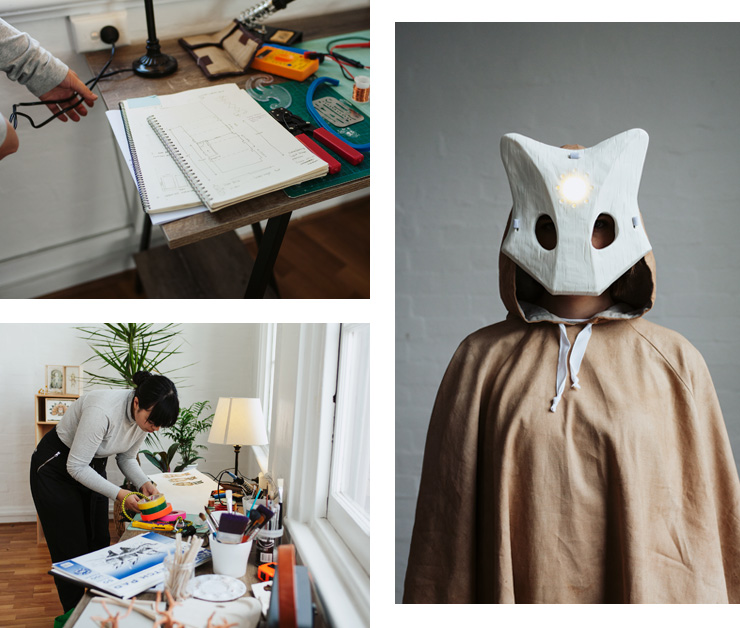 Like any game, there’s a story to follow, and objectives to complete in the world. The adventure takes place over 10 hours, but it’s broken up into five separate rooms (or ‘chapters'), each of which goes for two hours.

The Ukiyo team will be releasing a new chapter every few months, so you can come back and keep following the story.

Pre-sale tickets for the various chapters are on sale now. Obviously spots will be limited, so gather your crew of four and get booking.

You can also make donations to Ukiyo (they’re a small team of independent engineers, designers and writers, so give ‘em some love). Just contact the guys to chip in some coin.

What: Kuebiko: The Crumbling Prince
When: The first chapter will launch in late March or early April
Where: Brunswick
For more info, click here.

Did you hear the news? MECCA is throwing a huge 3-day beauty festival.