In recent years, Melbourne has spawned a fromage frenzy with a multitude of cheese shops opening their doors in almost every suburb. From goat's to cow's, gouda to gruyere and everything in between, we've got dairy devotees covered with our list of Melbourne's best cheese shops.

DOC is perhaps best known for its pizza but with its name a nod to Italian laws which serve to protect the traditions and quality of the country's cheese and wine, its well worth paying a visit to sample the dairy produce alone.

Tony Nicolini's DOC Group has grown from DOC Espresso, which opened in Carlton in 2003, into a stable of five concept stores and restaurants spanning Carlton, Albert Park and Mornington.

DOC's delicatessens stock mostly Italian cheeses with an emphasis on mozzarella and pecorino – cue the pizza and pasta!

One of our favourite cheese shops is about to get even better… Translating to 'The Cheese Shop' in Italian, La Formaggeria had captured the imaginations of passers by well before it opened in St Kilda in early April with the promise of its micro cheese lab.

La Formaggeria was the brainchild of brothers Mark and Attil Filippelli and their partner Luca Calcterra, who also brought us bayside eateries Il Fornaio and Brighton Schoolhouse.

In late 2012, the restaurateurs added cheese to Il Fornaio's offering by partnering with Italian cheese makers and sisters, Sabrina and Katia Cappodocio.

With cheese making in their genes, the Cappodocio duo has won multiple awards for their craft which is now on sale at La Formaggeria and will be curated in store when the micro cheese lab component is launched in early June. Run, don't walk.

Located in Carlton, La Latteria is one of the city's best cheese shops, specialising in fresh cheese – think mozzarella, bocconcini and ricotta – as opposed to its aged sibling, mature cheese.

The majority of their cheese is made and hand stretched in store on a daily basis. For the uninitiated, stretching the cheese, or to be more specific – the curd, is pertinent to the cheese making process as it gives cheeses like mozzarella the slightly stringy texture it is renowned for.

Lesson complete, be sure to pick up a cheese making kit from La Latteria which comes with all the paraphernalia required to make your very own mozzarella. 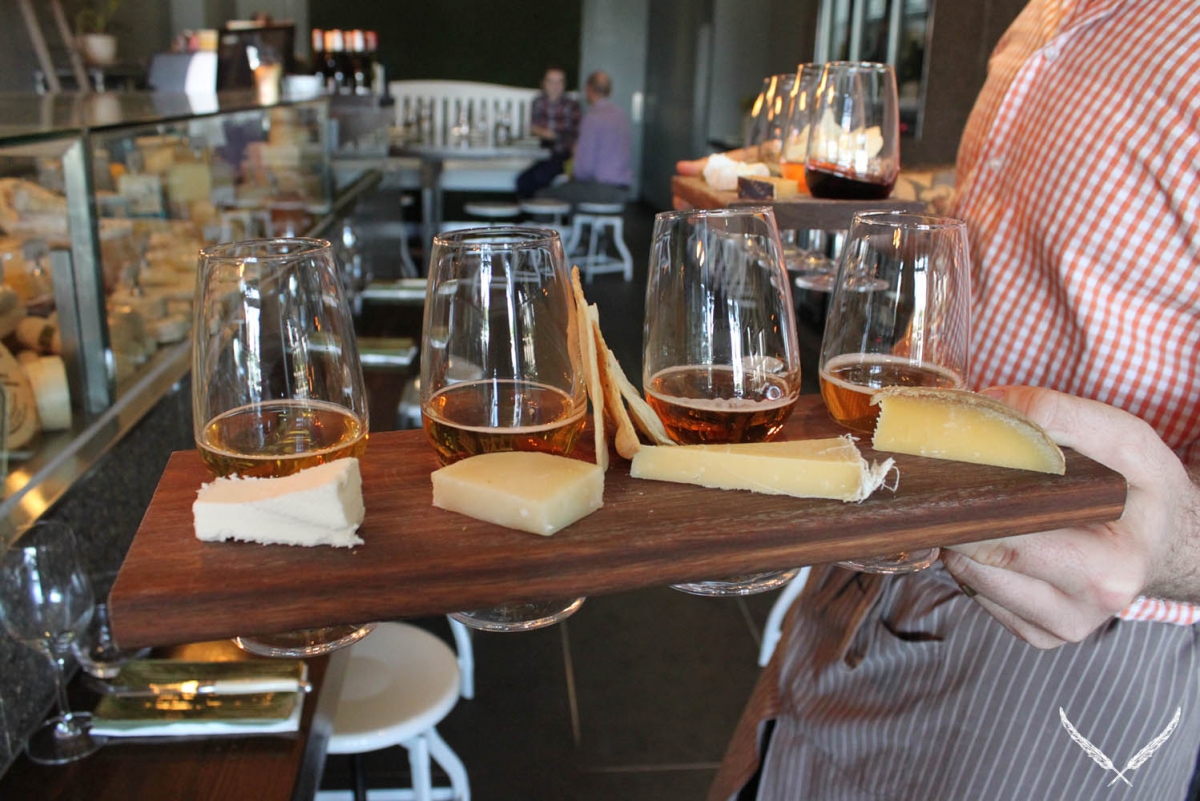 At last! A bar dedicated to two of life's greatest gifts – cheese and wine. Hospitality guru, Daniel Verheyen, opened Milk The Cow in Fitzroy Street St Kilda in 2012, and has formed a team of angels (cheesemongers and sommeliers) to help you pick from over 100 cheeses and wines to match.

For the ultimate indulgence, choose one of the seven 'Flights' on the menu. Ranging in price depending on your liquor of choice, your Flight will consist of four cheeses matched with wine, beer, cider, sake, spirit, whisky or dessert wine.

Of course, a bar devoted to cheese wouldn't be complete without a fancy Fondue and at Milk The Cow there's three to choose from.

No list of Melbourne's best cheese shops would be complete without Richmond's finest fromagerie! When dining at the Richmond Hill Cafe and Larder it's difficult not to be distracted by the magnificent Cheese Room. That's right folks, a room with wall-to-wall cheese with cheesemongers on hand to take you through every make and model.

The Cheese Room is home to an array of 'benchmark' cheeses carefully selected from dairies in Australia and abroad which the cheesemongers nurture ready for consumption by fromage-loving folk.

And if you can't get enough of the Cheese Room then let the Cheese Room come to you by joining the Cheese Club. You'll receive up to six exclusive cheese offers throughout the year and have your purchases delivered right to your door! 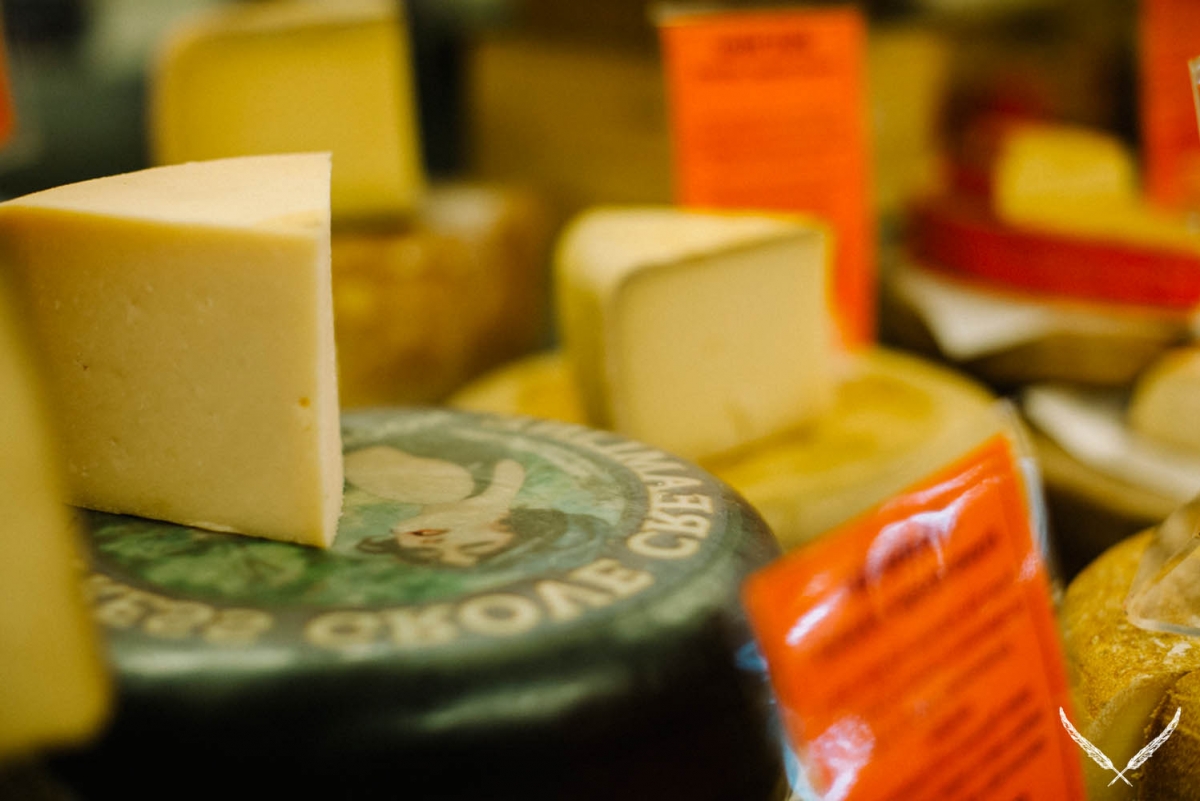 Upon first glance of the Spring Street Grocer you wouldn't think it was home to two underground cheese maturation cellars. Australia's first in fact.

Opened in July 2013, the Cheese Cellar is the latest venture from Con Christopoulos and Joshua Brisbane, owners of The European, Supper Club, Siglo and the City Wine Shop.

A basement carpark in its former life, the Cheese Cellar is run by resident cheesemonger, Anthony Femia, and stocks a plethora of farmhouse and artisan cheeses from across the globe.

And if you want to learn more about what's available in store, be sure to book into one of the Cheese Cellar's workshops which regularly attract Maître Fromager and producer and presenter of LifeStyle FOOD's Cheese Slices, Will Studd.

Keen to wrap your muth around some more cheesy delights? Check out our list of Melbourne's 50 Best Cheese Dishes.