Everyone knows that Melburnians like a good beer, but methinks the country may have underestimated exactly how much we like beer. According to a new study, Melburnians are the most likely to purchase craft beer over any other state, with 'posh' beers accounting for 55% of our purchases.

Just like we turn our noses up at an overheated cappuccino or incorrectly frothed latte, we Melburnians are (rightfully) just as practical with our beers. Conducted between September to October last year, the study tracked the amount and type of consumed beers in each state with the kind of eagle eye you currently have on your slightly broke friend who never shouts back.

Across 600 establishments Australia-wide, Victorians were the biggest consumers of craft beer and the least likely to purchase regular beer (pshh who do they think we are) with just 34% of purchases accounting for 'regular' cold ones. South Australia and the Northern Territory were the Aussie #oldschool entries, purchasing just 29% and 16% of craft beers respectively.

We can hear the other states already, but we doth protest - it is not snobby, nor pretentious - nay! There’s NOTHING WRONG with being so totally into your beer that you'd rather drink good beer than a tinnie of XXXX (we see you QLD).

Check out the results below via Clipp.co: 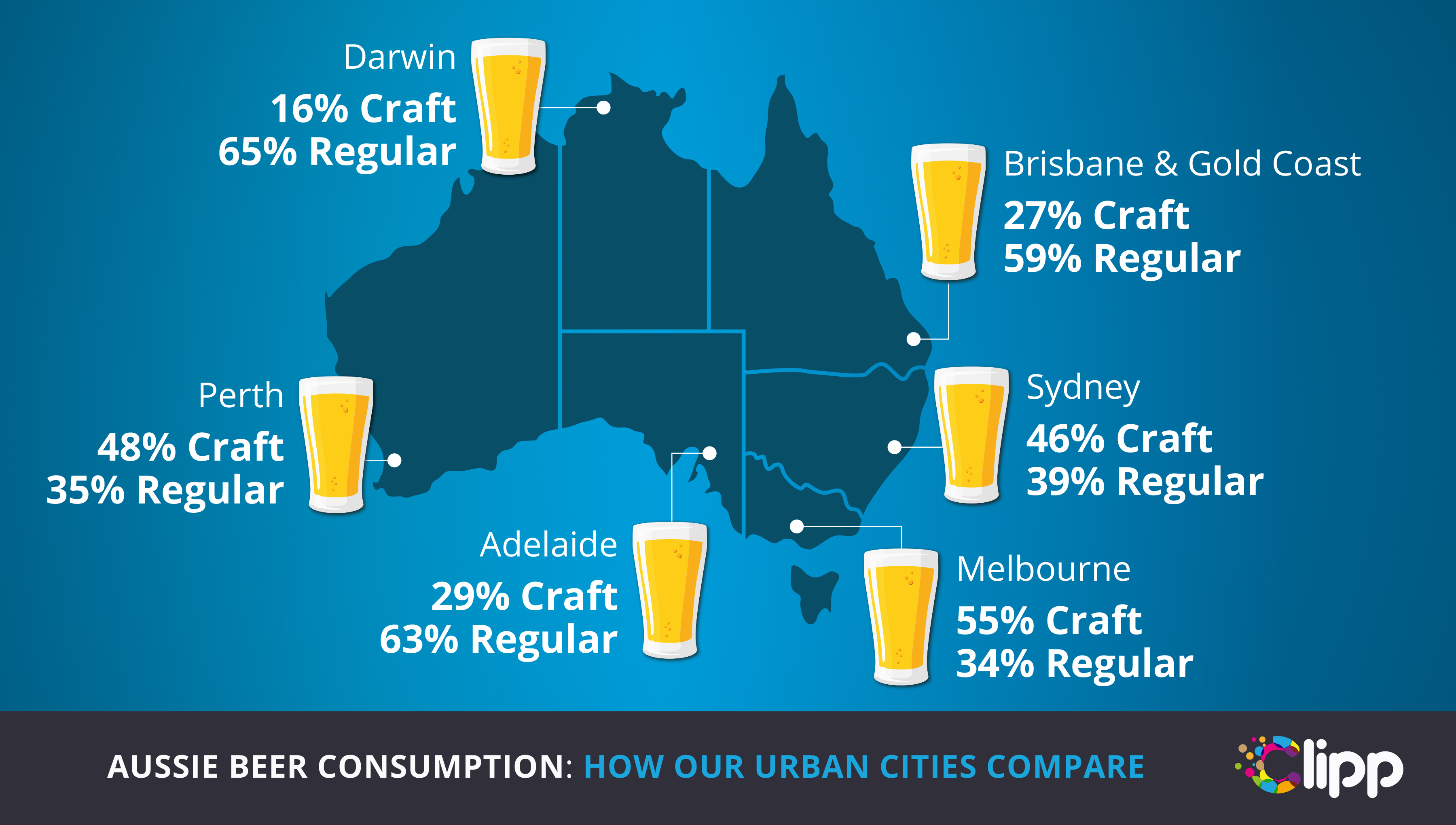 Need more craft beers? Of course you do. Here are our Fave 5 Melbourne Craft Breweries.