Doble at work in his studio on his 'Gravity' series.

To know Robert Doble is to love him. To know his art, well, then you're just setting yourself up to get your heart tied in knots of desire. From his behemoth masterpieces through to his smaller, equally lauded 'Plasma' series, Doble pieces have changed the landscape of many local and international interiors since he landed here over twenty years ago.

From his formative years in London to his current commission with Converse, Robert's well of enigmatic energy never runs dry. Here he talks to us about Melbourne's best new artists, the unprecedented rise of the high-rise, and his first solo show in five years.

TUL: 'Gravity' is your first solo show in five years. Man, there are going to be some happy Melbourne art lovers out there! Tell us about it.
It's a continuation of my gravity series of paintings that I first envisioned in New York in 2000, which are based on grids of overlaying paint. Some contain images beneath, reminiscent of compartments of life, and they oscillate between the figurative and abstraction in a cacophony of colour.

TUL: Yes, your work is far from beige…
Colour plays a major role in my work; I believe it opens up the senses.

TUL: Where can we spy it?
From 20th November to 14th December at Scott Livesey Galleries in Armadale.

TUL: Where have you been based whilst painting this exhibition?
My studio in Prahran. 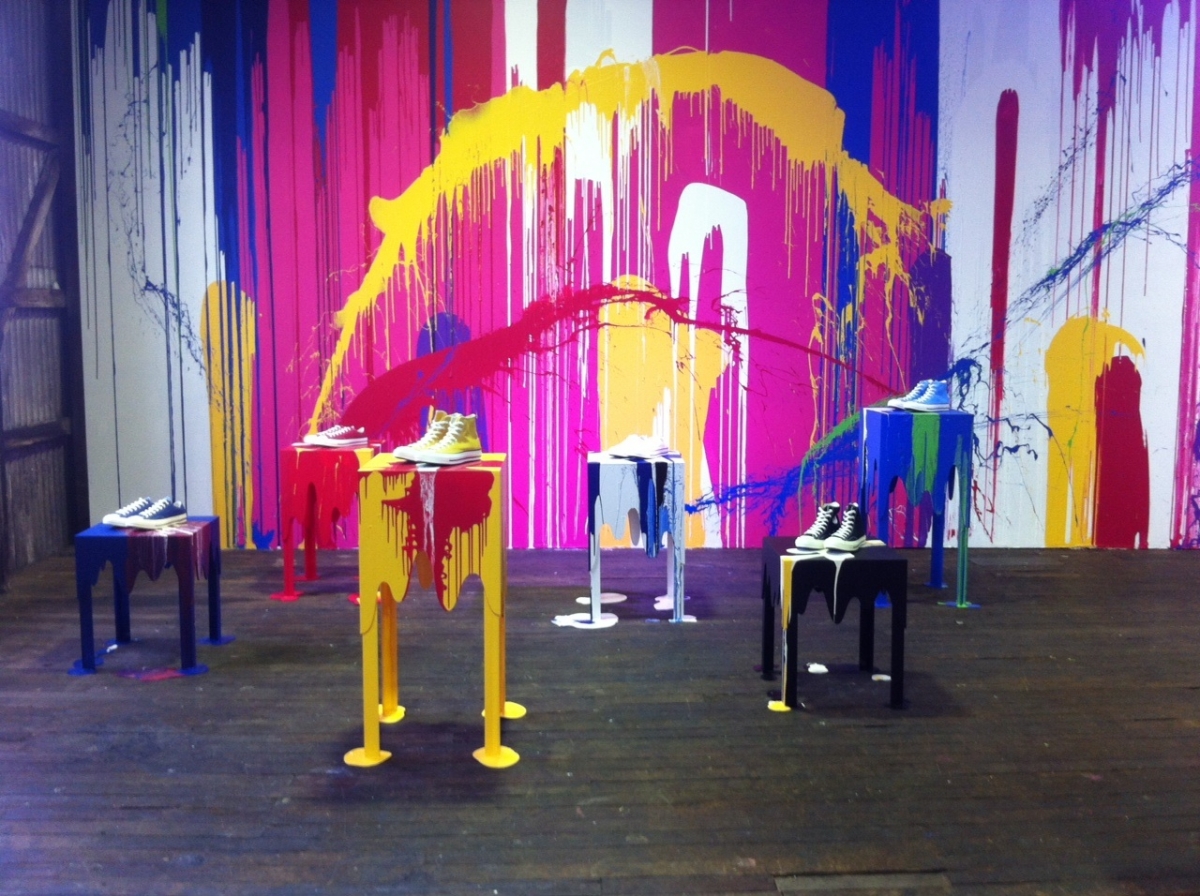 TUL: Have you taken inspiration from Prahan and its people?
My inspiration from Melbourne is the same when I'm in London or New York.  Like most artists, I absorb the environment around me, whether it's the high-rises of the city or the beauty within nature. During the painting process, images and life events unconsciously come forth, so it's a continuous journey.

TUL: Favourite places to soak up serious artistic inspiration?
The Botanical Gardens, Melbourne Museum, and walks along the coast line.

TUL: Favourite artists in Melbourne?
There are many, but I particularly like the controlled madness of Gareth Sansom paintings, the intricate works of Kate Just, and a young painter called Matt R. Martin for his beautiful oil paintings depicting the human figure.

TUL: How has Melbourne changed and evolved since you've been here?
When I arrived in 1991 the tallest building was the Rialto, but now the city skyline has gone up immensely and there is a wonderful engagement with the Yarra and the Docklands. Also I remember driving to the airport and there where small farms, which are now a sprawling suburban development. I am still waiting for an incredible Zaha Hadid or a Frank Gehry landmark piece of architecture here, though. I think it would make Melbourne pop!

TUL: Favourite time of day in Melbourne?
During Summer I love the sunsets, particularly when the sun bounces of all the glass towers in the CBD, which I view from my terrace.

TUL: Where are three places you would take a visitor in Melbourne?
Melbourne's art galleries, the graffiti laneways in the city, and a wine tour through the many great vineyards.

Best places in Melbourne to:
Dine: Chin Chin in the city, France-Soir on Toorak Road, and the Vietnamese restaurants in Victoria street to name but a few!
Buy fresh produce: Prahran Market and Queen Victoria Market.
Walk the dog: Around Albert Park Lake.
Enjoy a vino: The new rooftop at The Emerson, on Commercial Road.
Get a massage: True Thai, at 308 Chapel Street.
Listen to live music: The Palace Theatre on Bourke Street.
Buy books: Metropolis Bookshop, at 3/252 Swanston Street.