What even is baked potato? Like, what’s the point in it? I’d rather just have the obligatory sour cream, bacon, cheese and chives without the damn potato. But if you really insist, head to Spud Bar—there are plenty of options and they know a thing or two about baked spuds. 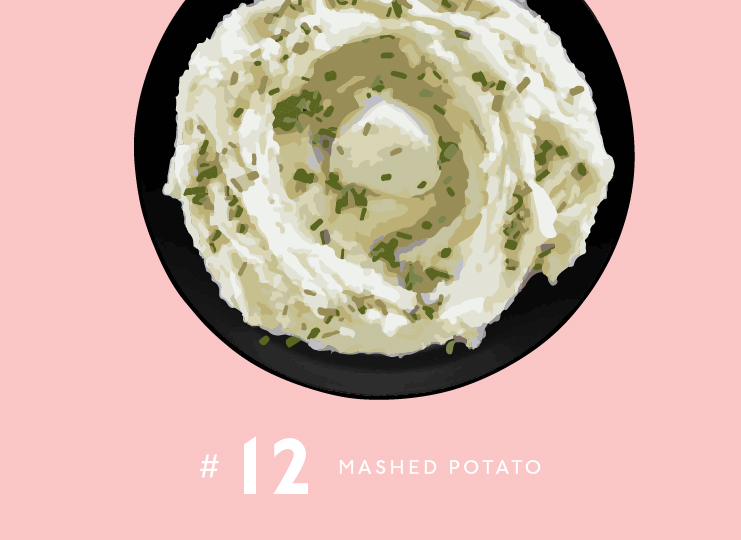 The boring, mushy ugly cousin, mashed potato reminds me of years of meat and three veg. Hot tip: Add a little spring onion dip to it once you’ve mashed it and mix through and the dish will be infinitely improved. If you’re after mash in Melbourne, The Meatball and Wine Bar have nailed the accompaniment mash.

Potato salad very much has its place at a family barbeque, but I’m not sold on ordering it while out and about in Melbourne. If you’re after a version better than your Aunt’s, hit up Le Bon Ton

Potato bake, or dauphinoise potatoes if you’re feeling shmancy. Prerequisite for a great potato back is plenty of cream, more cheese than is strictly necessary and decent crispy crust. Left Bank serves a great version with its dry aged steak. Big tick.

We acknowledge that this is going to be controversial placing. If this article was written on a Sunday morning, it might be further up the list, but taken purely on merit, the hash brown can sometimes be a bit weak. We’re not going to pretend that we don’t rate Macca’s hashbrowns, but if you want a ‘Melbourne version’ of this oily little slab of potato, head to Archie’s All Day, their take on this crowd pleaser is hard to beat.

By itself, not that a great of a dish. But as a base it ticks so many boxes. Oily, crunchy on the outside, fluffy on the inside and god damn full of flavour, we unashamedly love a good rosti. Little Elephant Café in Highett does a three rosti breakfast plate which really has to be tasted to be believed.

There’s gnocchi, and then there’s gnocchi. Great gnocchi is hard to beat on the comfort food front and if you’re looking for a finger lickin’, perfectly cooked, house made gnocchi, we recommend you trot in to St Domenico. Italian at it’s finest. 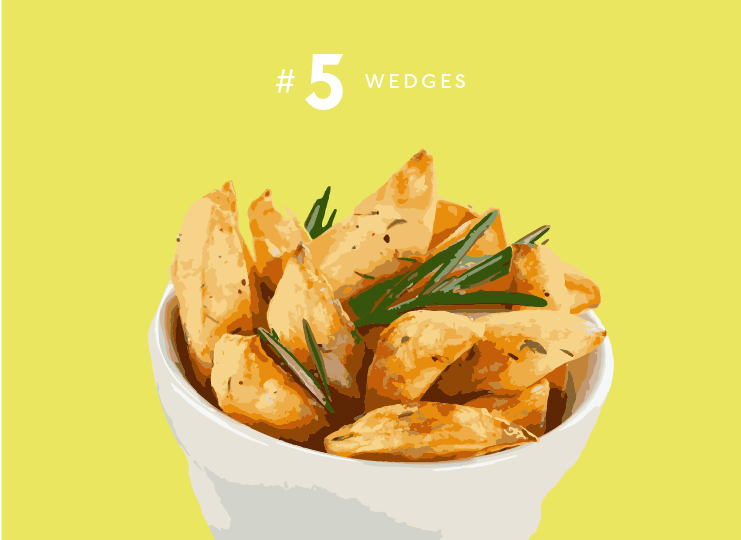 Guys, I know you’ll all try and say your mum does, but MY mum legit makes the best roast potatoes of anywhere. But seeing she’s not in Melbourne and she’s not a dining venue (even though I treat her like one) you’ll find the next best thing at Middle Park Hotel.

Wedges’ downfall is that if they’re not accompanied with sour cream and sweet chilli, they might as well go home. But if they arrrreeeee! Well, that’s a totally different story. Our pick? The wedges at the good ol’ Lucky Coq are pretty great.

Let me know if you know of somewhere that serves these on their menu, I’ve been hunting for years. A chip sandwich, perhaps? In the meantime, Red Rock’s new wagyu and wasabi cream flavour is ricking my socks. 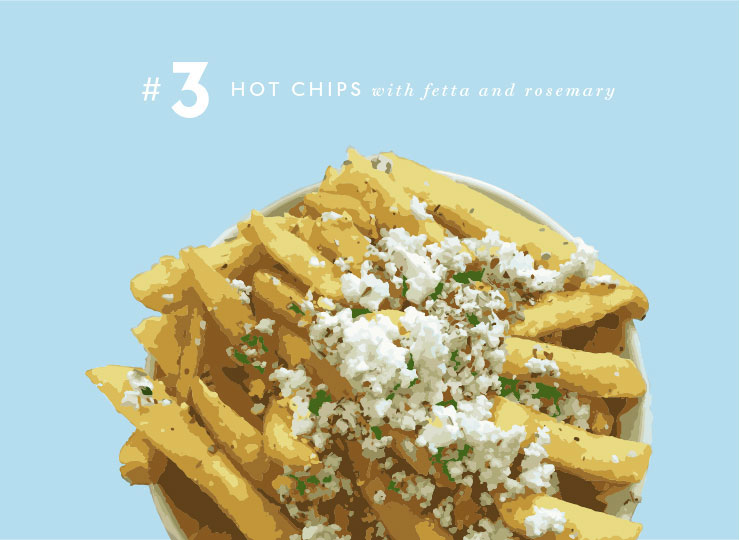 I’m a hot chip fiend. If they’re in front of me, I physically can’t have a few and leave them alone. They are my greatest weakness. There’s a helluva lot of competition for top chip contender and we acknowledge that everyone has a favourite, but for us, Jimmy Grant’s fetta and rosemary covered chips are where it’s at.

Potato gems really are the answer to most of life’s problems. And thank the lord some of Melbourne’s best fat-food venues have jumped on board so you’re not faced with rationing out a freezer bag of these little morsels. Boy & Co serves up gems covered in Japanese seven spice and kewpie mayo. Enough said.

Drum roll…. Poutine has to be the greatest potato dish of all time. Topped with cheese and gravy, we really don’t even need to justify this. Looking for our top pick? We believe Belleville is the King of poutine in Melbourne. But for more options, check out our full list here.