By the time Erin Hibberd hit 30, he weighed 163 kilograms. He’d tried dieting, but it hadn't worked—he loved pizza and beer too much. He’d tried exercising, but that hadn’t worked either—he mostly hated the stuff. But everything changed when his colleagues convinced him to join them on a bushwalking trip through the Walls of Jerusalem National Park in central Tasmania.

“I was looking out over a place called Dixon’s Kingdom on the world’s largest stand of native Pencil Pines, these 2000-year-old trees, and some wires in my brain just joined,” says Hibberd. “I’ve never been able to disconnect them – I came out of that place changed.”

Over the subsequent four years, Hibberd went bushwalking every weekend, losing 72 kilos in the process. Wanting to share his passion with others, he registered Wildside Tours in 2011 and began hosting guided bushwalking tours on weekends. In 2017, he resigned from his office job and threw everything he had into Wildside. 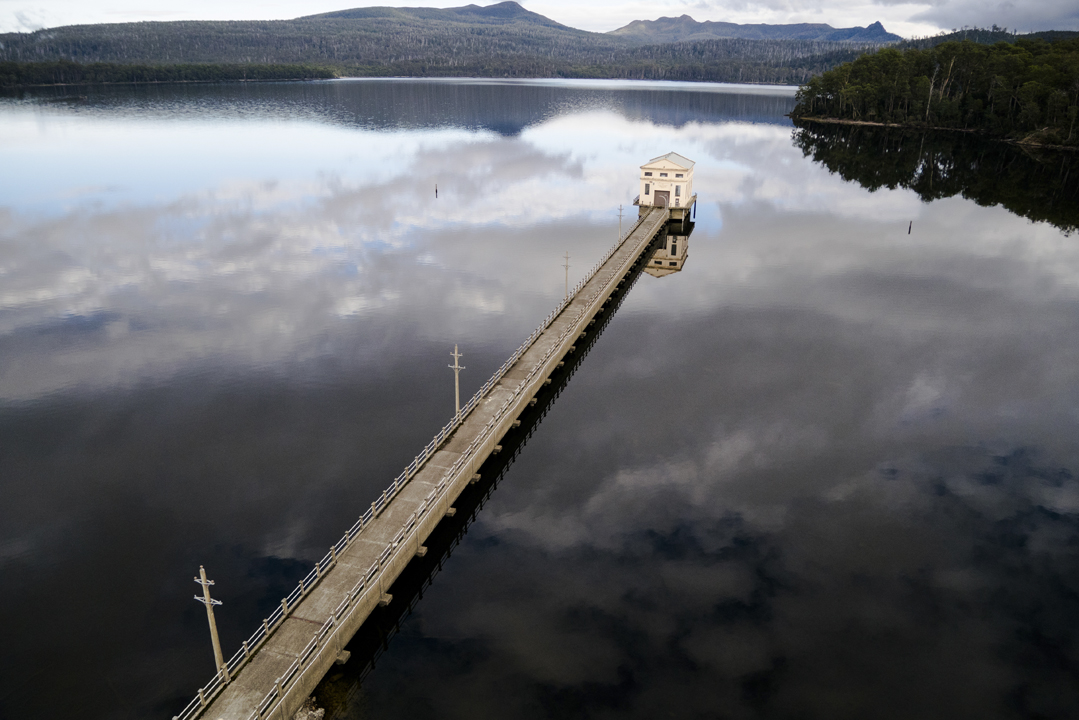 Recently, Hibberd partnered with Lake St Clair’s beautiful Pumphouse Point and is now the hotel’s official bushwalking guide. He was born not far from Lake St Clair, in Tarraleah, and knows the area intimately.

There are around seven different hike options in Tasmania’s Central Highlands region, ranging from a half-day to four days. On the half-day, you might visit Platypus Bay and see native Tasmanian vegetation including buttongrass and ancient rainforest ferns, plus wombats, black cockatoos and wedge-tailed eagles. A full-day might take you to the summit of Mount Rufus just in time for lunch. And the multi-day hikes might take you into the Walls of Jerusalem, where it all began for Hibberd.

Hibberd wants to make the walks as easy as possible for his clients. This means he and his fellow guides do the bulk of the heavy lifting, including carrying all the food, tents and even camping chairs. He once offered to carry a hot shower setup for a client who insisted on having a hot shower at the end of every day. 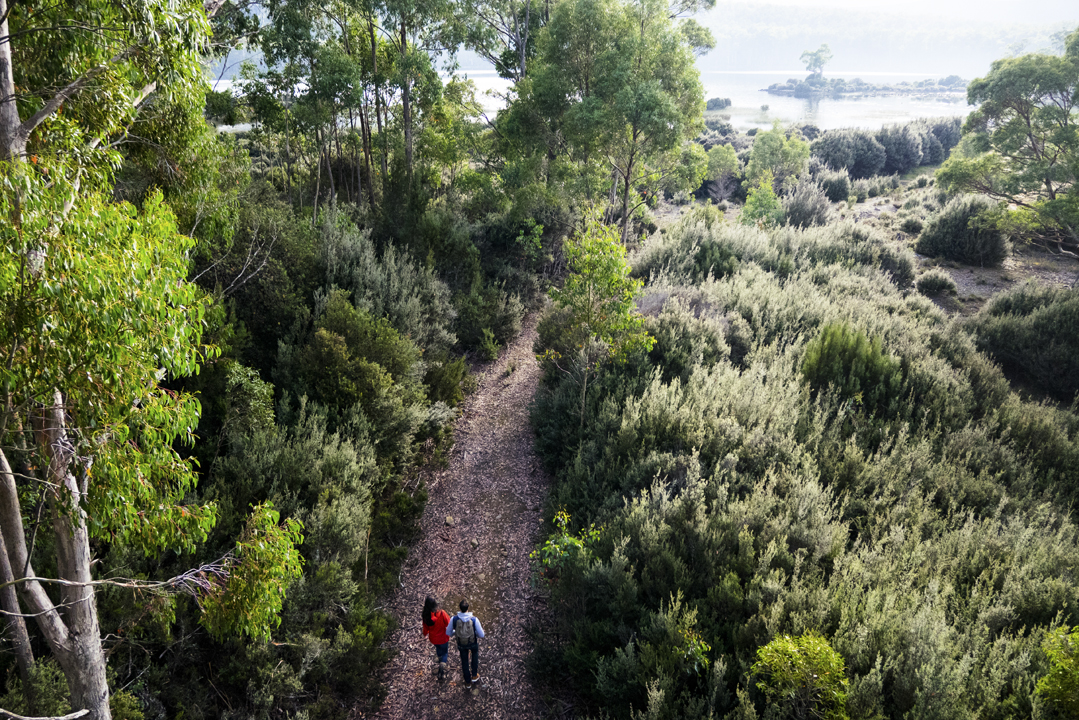 “It's really, really heavily supported, although if people want to be independent they can,” says Hibberd. “If people want to set up their own tent, we don't stop them, but most people are happy for us to do it. As you would be.”

The bulk of these tours are offered exclusively to guests of Pumphouse Point, as Hibberd believes it’s really important to have a base to leave from and come back to. It makes the accommodation seem all the sweeter, too, after an adrenaline-inducing but exhausting day of hiking—a hot shower followed by a Tasmanian whisky in front of the fire will feel and taste better than it otherwise would.

If you can’t get to Pumphouse Point, though, Hibberd offers a series of guided tours around Hobart. Visit the Raptor Refuge in Kettering, hike nearby Mt Wellington at sunset, or go on an Aboriginal cultural tour where, alongside an Aboriginal elder, you’ll forage for bush foods, learn about native grasses and discover stories of the land.

“Bushwalking changed my life,” says Hibberd. “I was eating and drinking myself to death, but now I'm here running a walking company. It's just been great.” 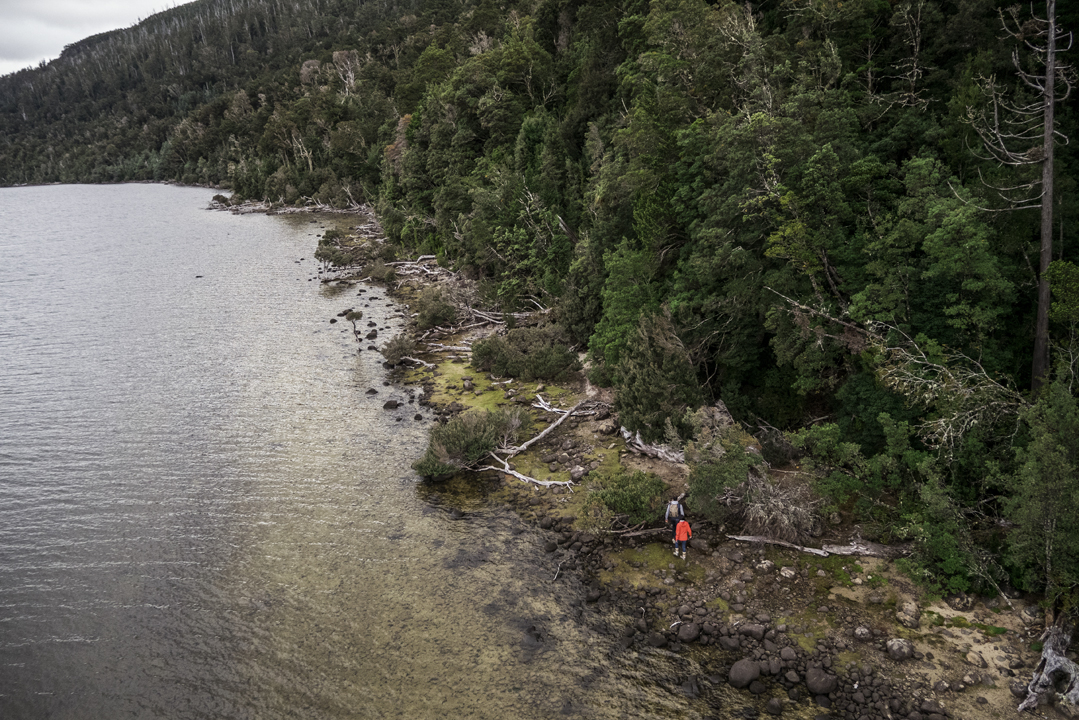 What: Wildside Tours Tasmania
Where: Walks around Lake St Clair National Park, and Hobart
For more information, head to wildside.net.au.